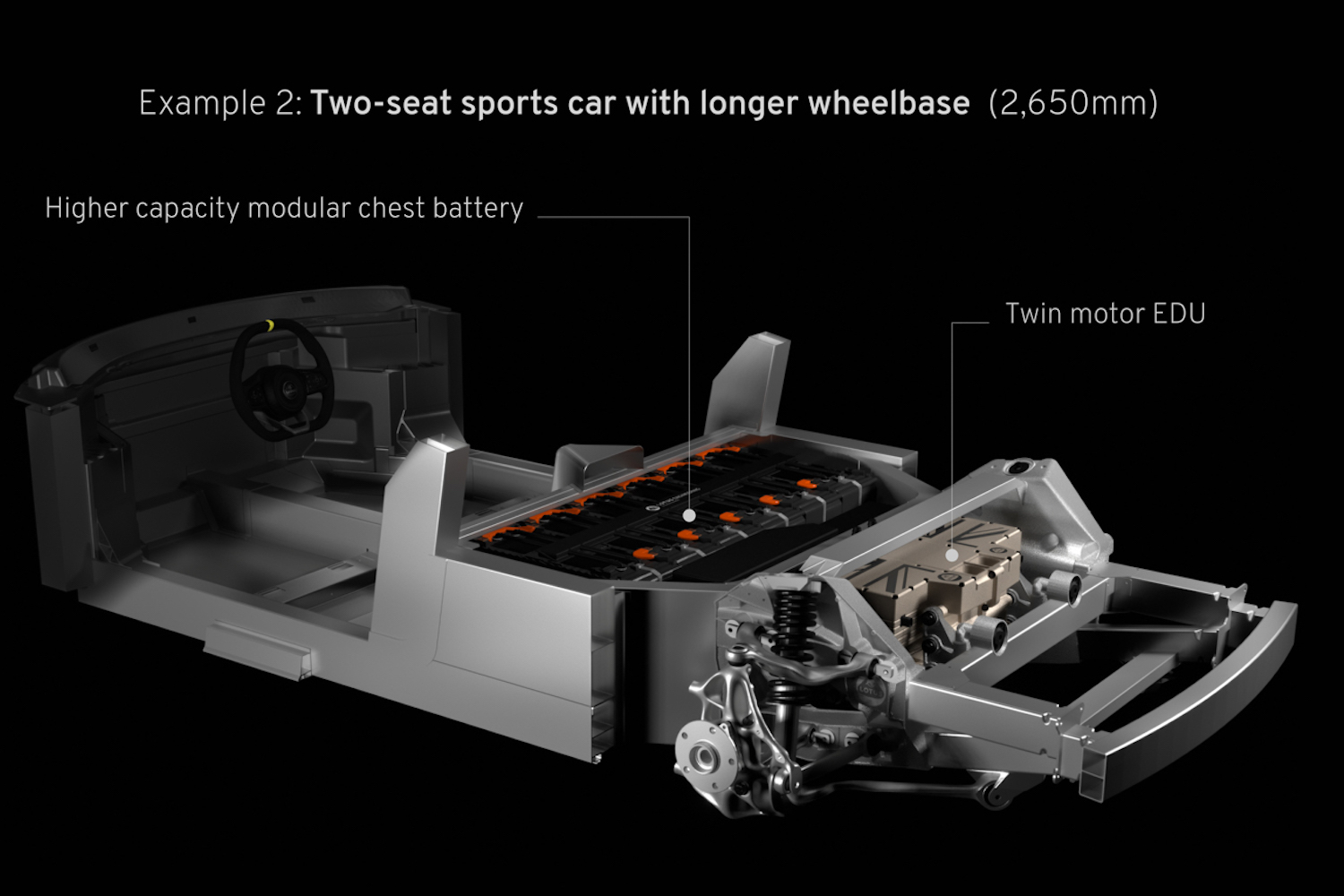 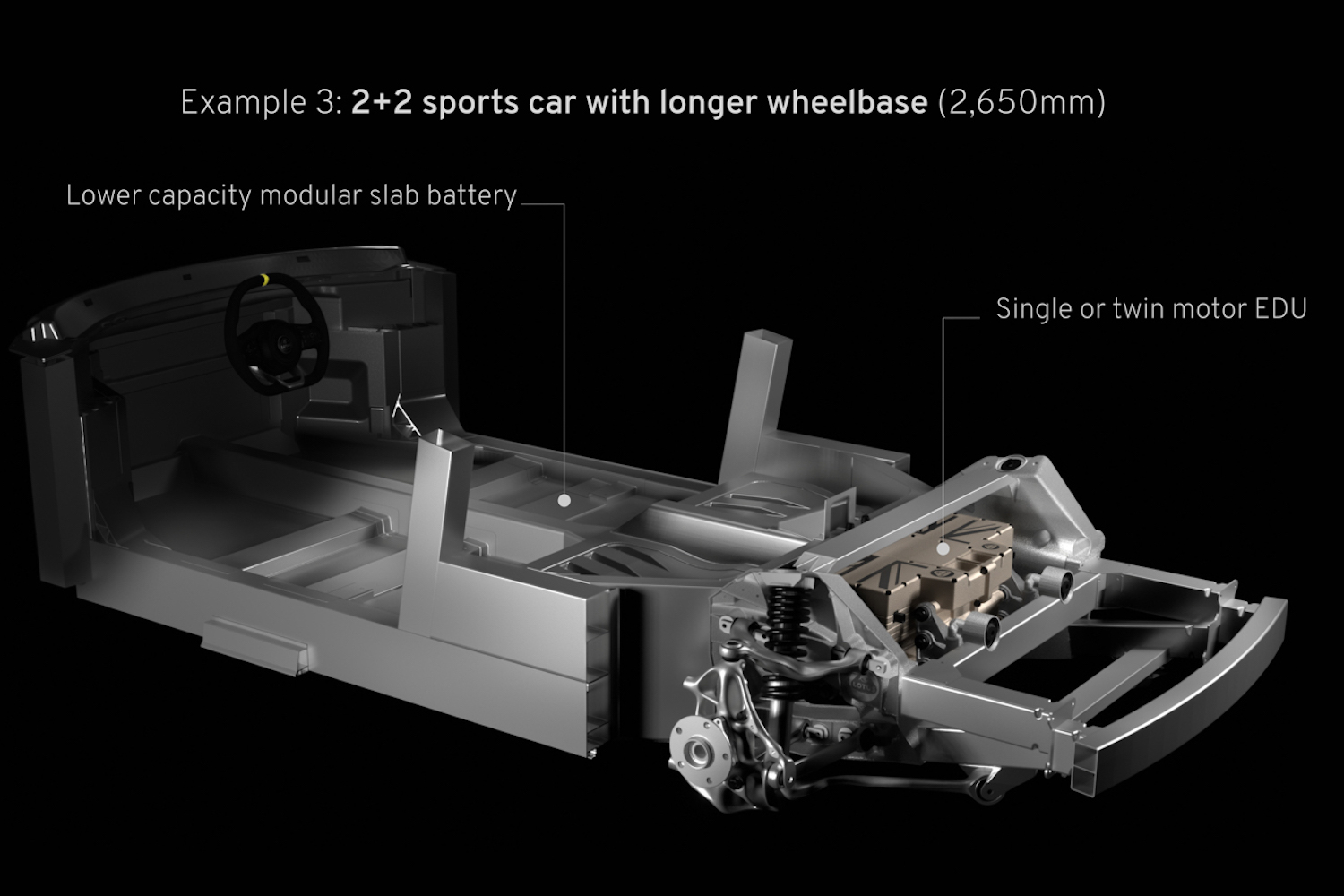 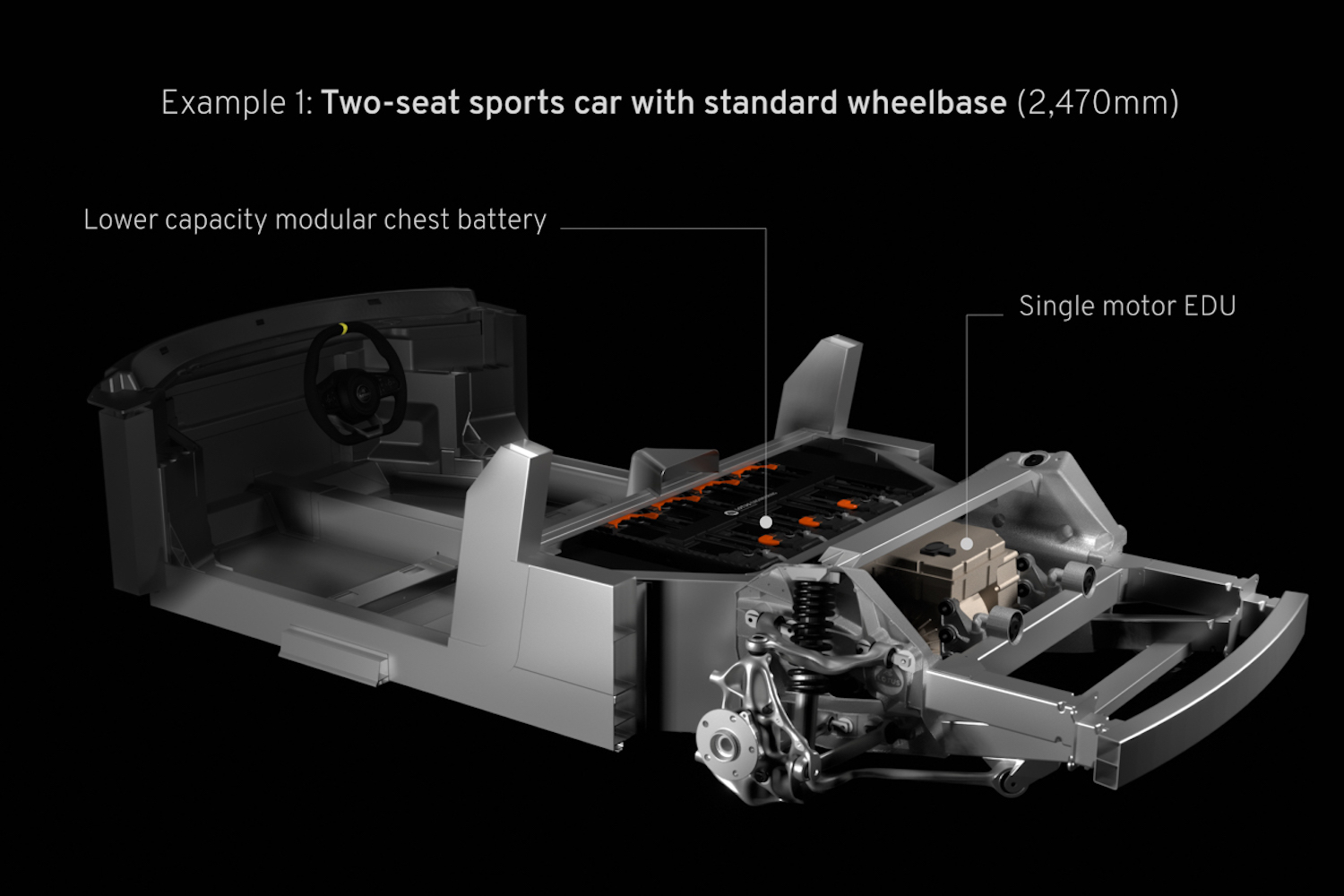 Lotus has unveiled the structural technology which will underpin its future electric sports cars.

Lotus has revealed details of the newly-developed lightweight chassis architecture which, it says, will underpin its electric sports cars in the future.

Lotus says that the setup is 37 per cent lighter than the subframe structure found on the current Lotus Emira and is created using cold cure, spot bonding and advanced welding techniques. Crucially, it features cylindrical battery cells and the ability to support either a single or a double electric motor.

The LEVA system will be able to support two types of battery pack arrangements. The "chest" layout features a stack of mid-mounted batteries, like we've already seen in the Lotus Evija electric hypercar, which lowers the car's ride height and centre of gravity, thus benefitting handling.

LEVA will also be able to accommodate batteries arranged horizontally in a "slab" or "skateboard" form underneath the cabin, which adds ride height to the vehicle, but which may eventually provide the basis for a Lotus SUV.

That latter point is not as inconceivable for Lotus as sounds. The company announced last year that it would begin production of an electric SUV, the Type 132, in 2022 at parent company Geely's plants in China, though using the Geely group's own architecture rather than LEVA. LEVA will thus likely underpin a second-generation Lotus SUV in the future, perhaps known as the Type 134 and launching in 2025, according to hints dropped by Lotus.

Between now and then, the company plans to launch an electric four-door model, the Type 133, in 2023, which will likely be based on LEVA. Another model which will utilise the platform is Lotus's new electric sports car, the Type 135, announced in August, built in the UK and scheduled to make its debut in 2026. The Type 135 will replace the Emira which will be Lotus's last petrol-powered model.

According to Richard Rackham, Head of Vehicle Concepts at Lotus and who worked on the pioneering Lotus Elise in the 1990s:

"Project LEVA is as revolutionary now as the Elise architecture was in 1996. In true Lotus spirit, significant weight savings have been achieved throughout, with a focus on ultimate performance, efficiency and safety being engineered into the structure from the outset - for example, by utilising the vehicle structure as the battery enclosure, having an integrated EDU [electronic drive unit], eliminating bolt-on subframes and optimising the multi-link suspension components."

The LEVA technology is currently on display at the Cenex Low Carbon Vehicle event at Millbrook Proving Ground in Bedfordshire in the UK.