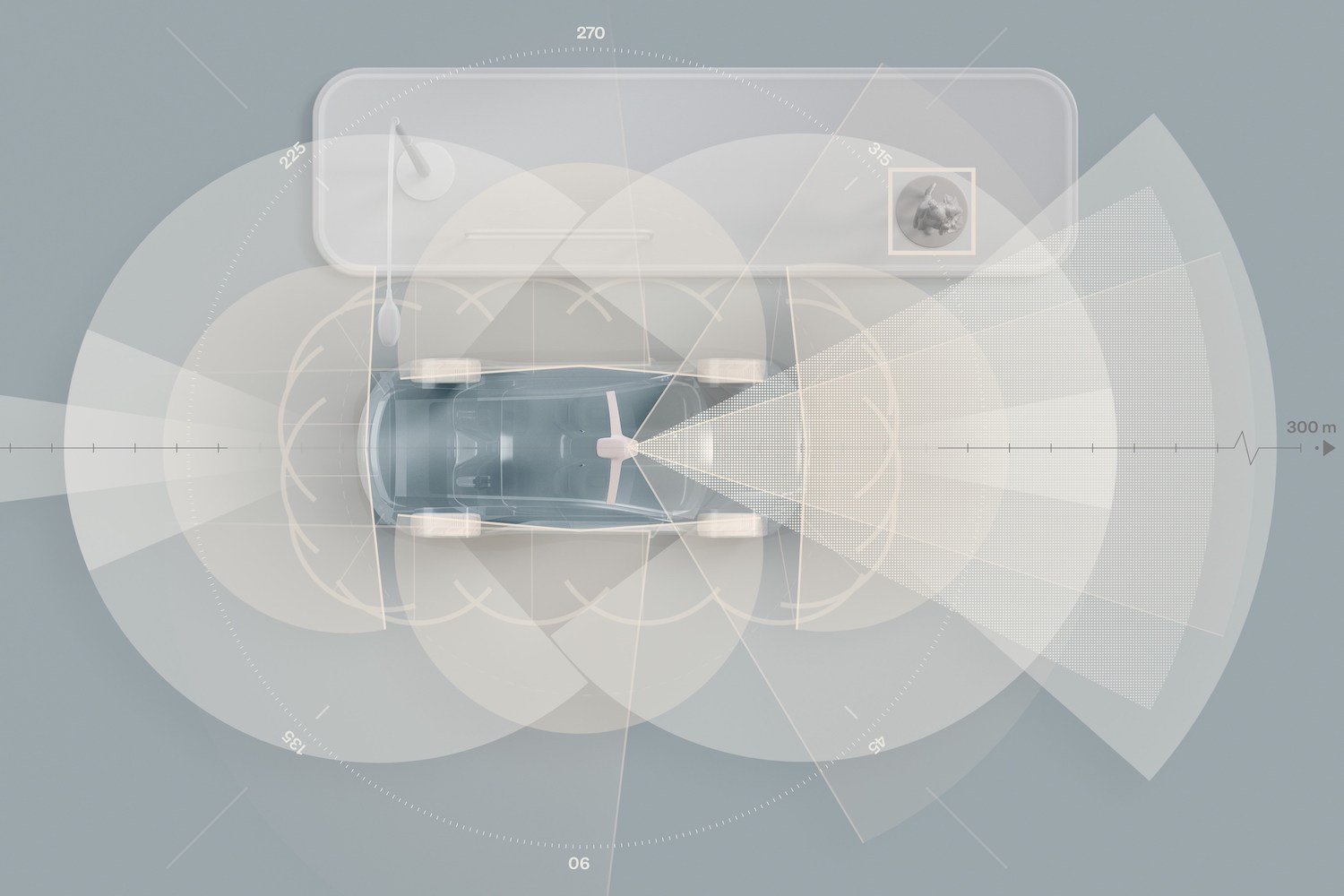 New ‘Lidar’ and super-computer systems will be fitted to next-gen XC90.

You might think that Volvo's cars were pretty safe already - and you'd be right - but the Swedes are currently working on a next-generation sensor and computer suite that will be fitted to the next-generation XC90 "as standard to help save lives."

The new tech includes a Lidar sensor (Light Detection and Ranging - sort of like radar but one that uses pulses of light rather than radio waves) which Volvo is co-developing with Luminar and a new artificially intelligent 'autonomous driving computer' which it's working on with chip-maker NVIDIA.

Mix and match those with new software jointly developed by Volvo, Zenseact and Luminar, and you should have a lean, mean, accident-avoiding machine. The current XC90 already has an incredibly impressive safety record - no fatal injuries to occupants since the original model went on sale in 2003, and clearly, Volvo means to kick that effort up a gear with this new tech, not just for the vehicle's occupants, but for those vulnerable road users outside the car too.

"Volvo Cars is and always has been a leader in safety. It will now define the next level of car safety," said Håkan Samuelsson, chief executive. "By having this hardware as standard, we can continuously improve safety features over the air and introduce advanced autonomous drive systems, reinforcing our leadership in safety."

"In our ambition to deliver ever safer cars, our long-term aim is to achieve zero collisions and avoid crashes altogether," said Henrik Green, chief technology officer. "As we improve our safety technology continuously through updates over the air, we expect collisions to become increasingly rare and hope to save more lives."

The new sensors and computers will allow the next XC90 to be far more proactive when it comes to avoiding crashes. Instead of the current setup, which for the most part warns the driver to take action, the new systems: "will over time increasingly intervene as needed to prevent collisions."

Now that 'over time' bit has some meaning too - Volvo is planning on making the software updatable over the air, allowing it to tweak and tune the system's responses over time. With that in mind, mechanical components such as the steering and brakes will be made with the expectation that, down the line, improved software that allows for more and more autonomous functionality will be added.

All of which will be bundled together in a new package called "Highway Pilot." According to Volvo, Highway Pilot has been; "developed in-house together with Volvo Cars' autonomous driving software development company Zenseact. An autonomous driving feature for use on motorways, the optional Highway Pilot will be activated for customers when verified safe and legally allowed for individual geographic locations and conditions."