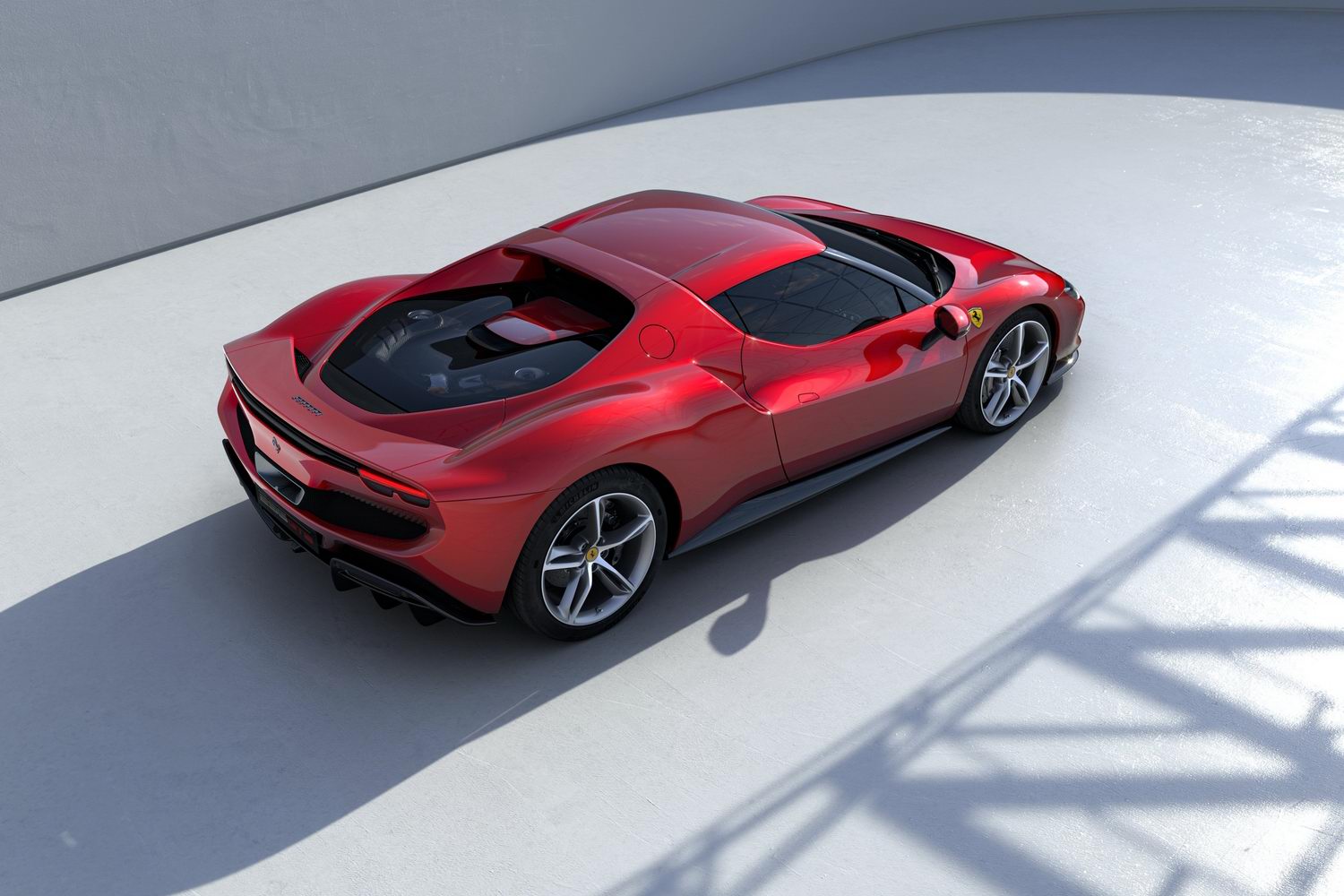 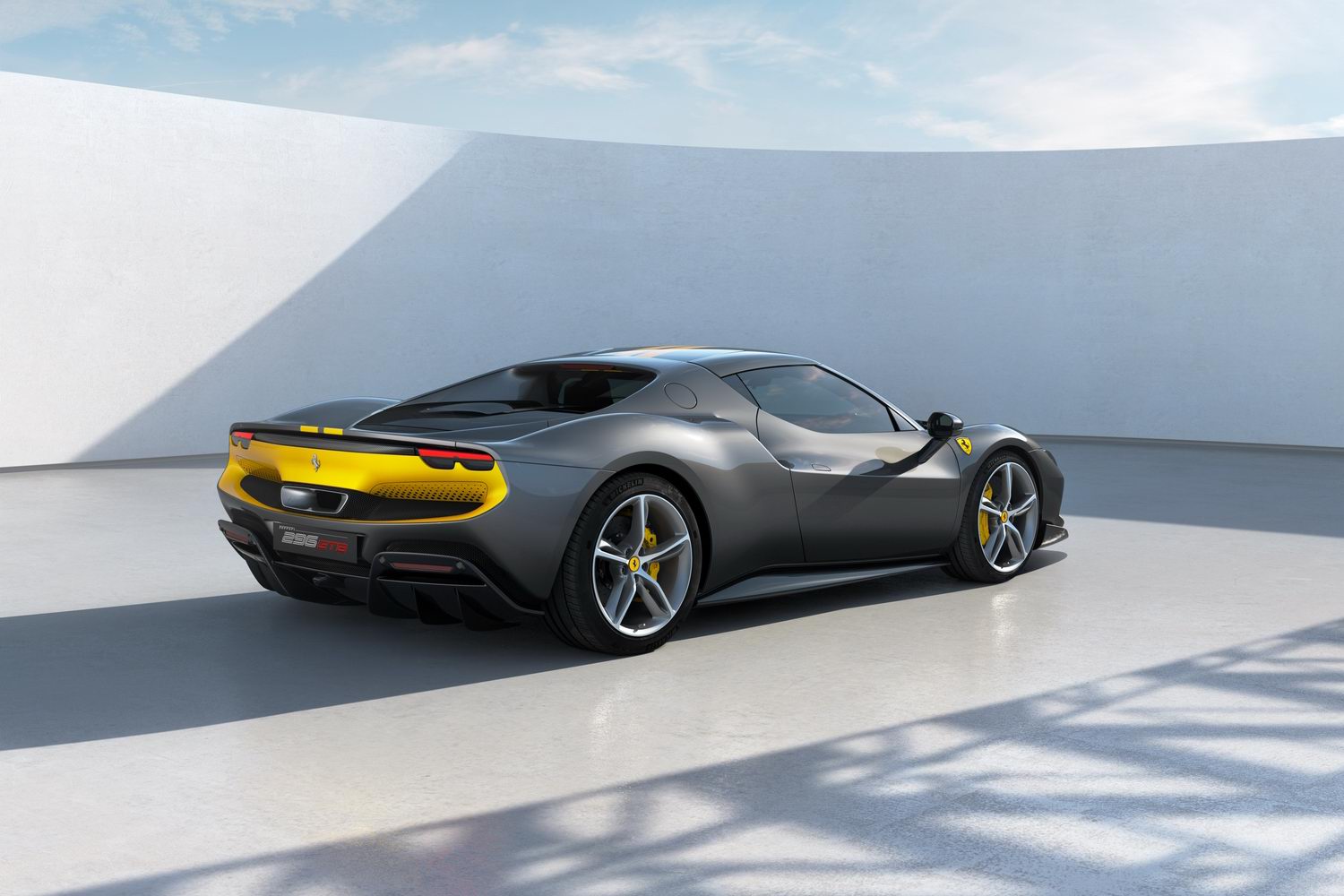 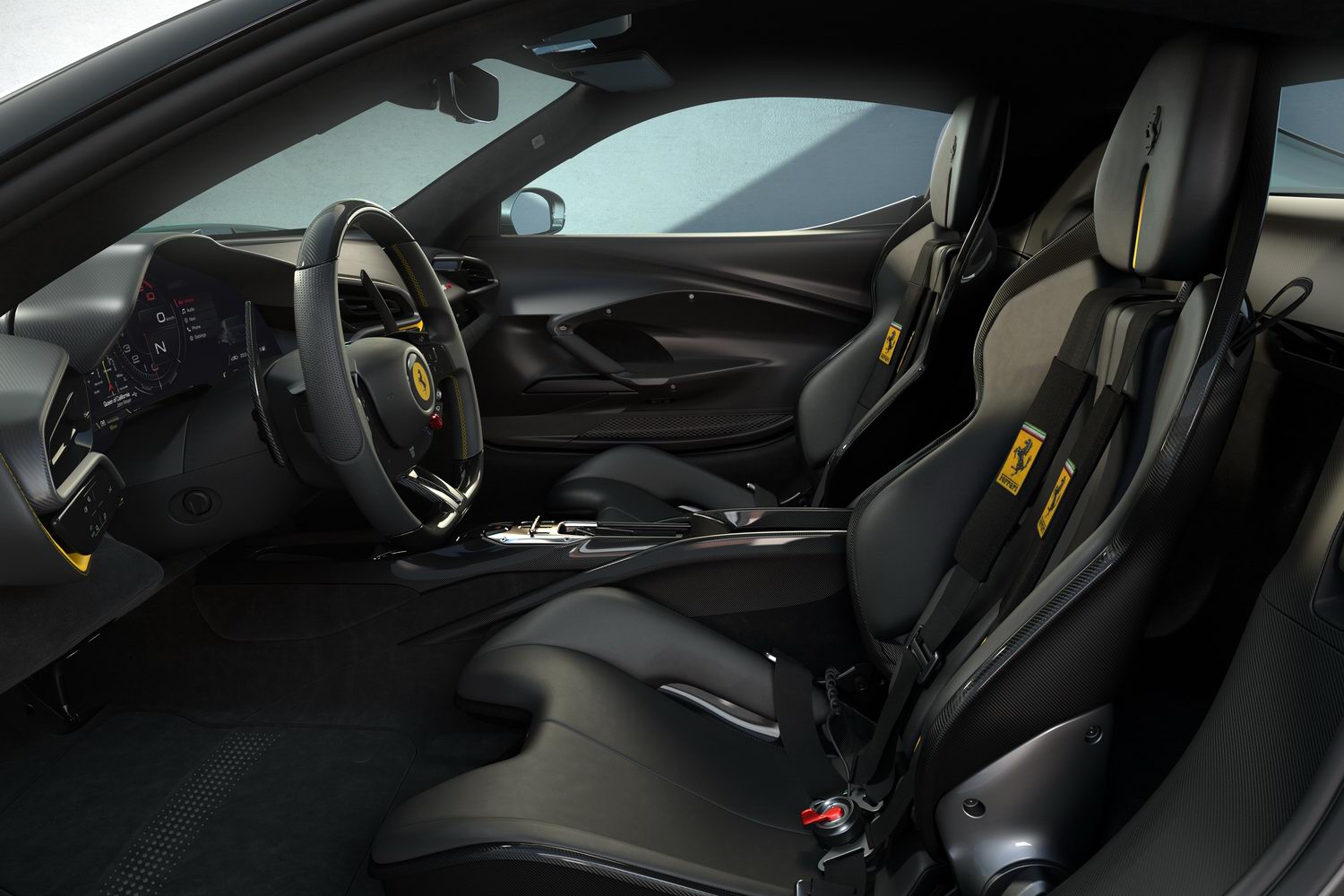 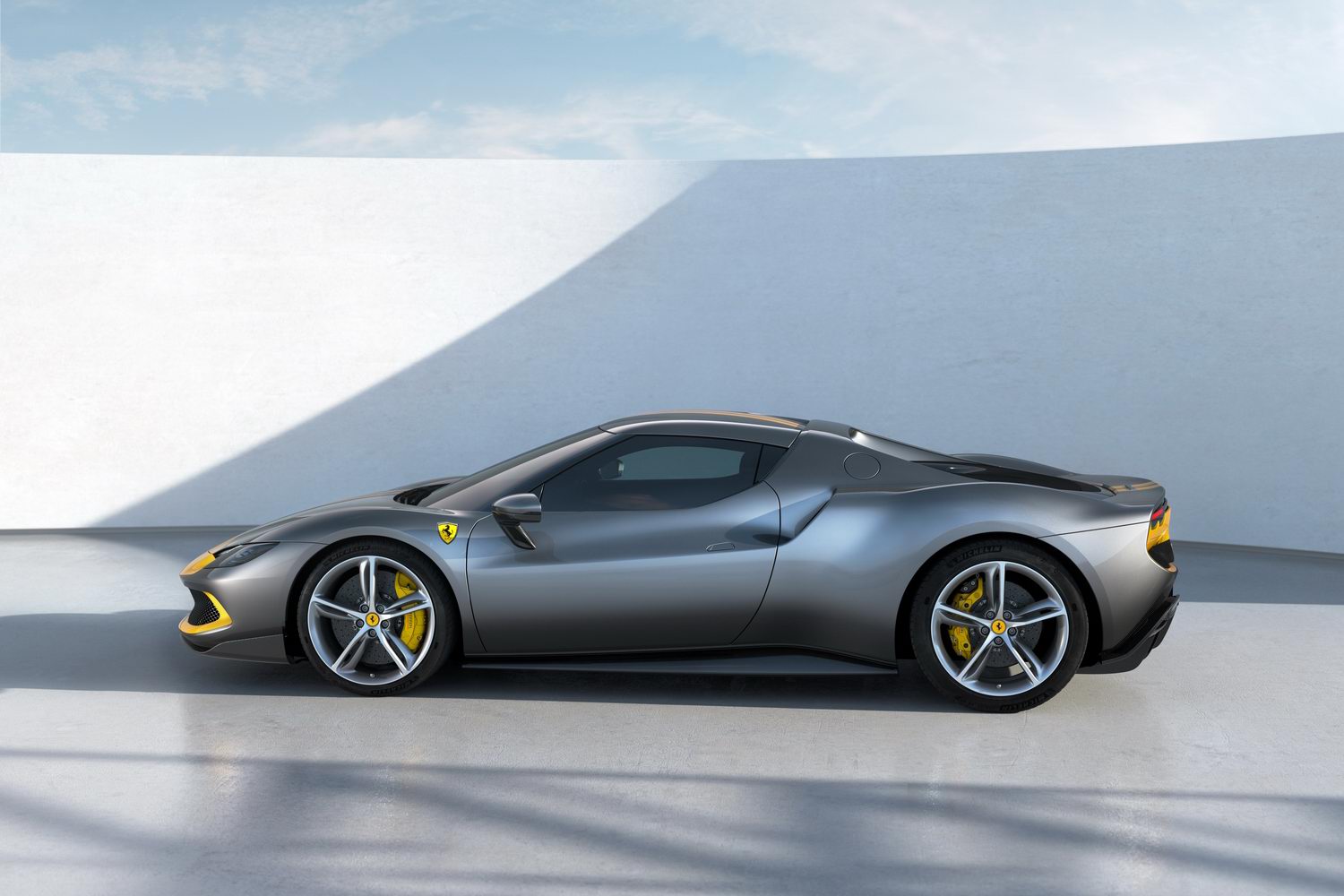 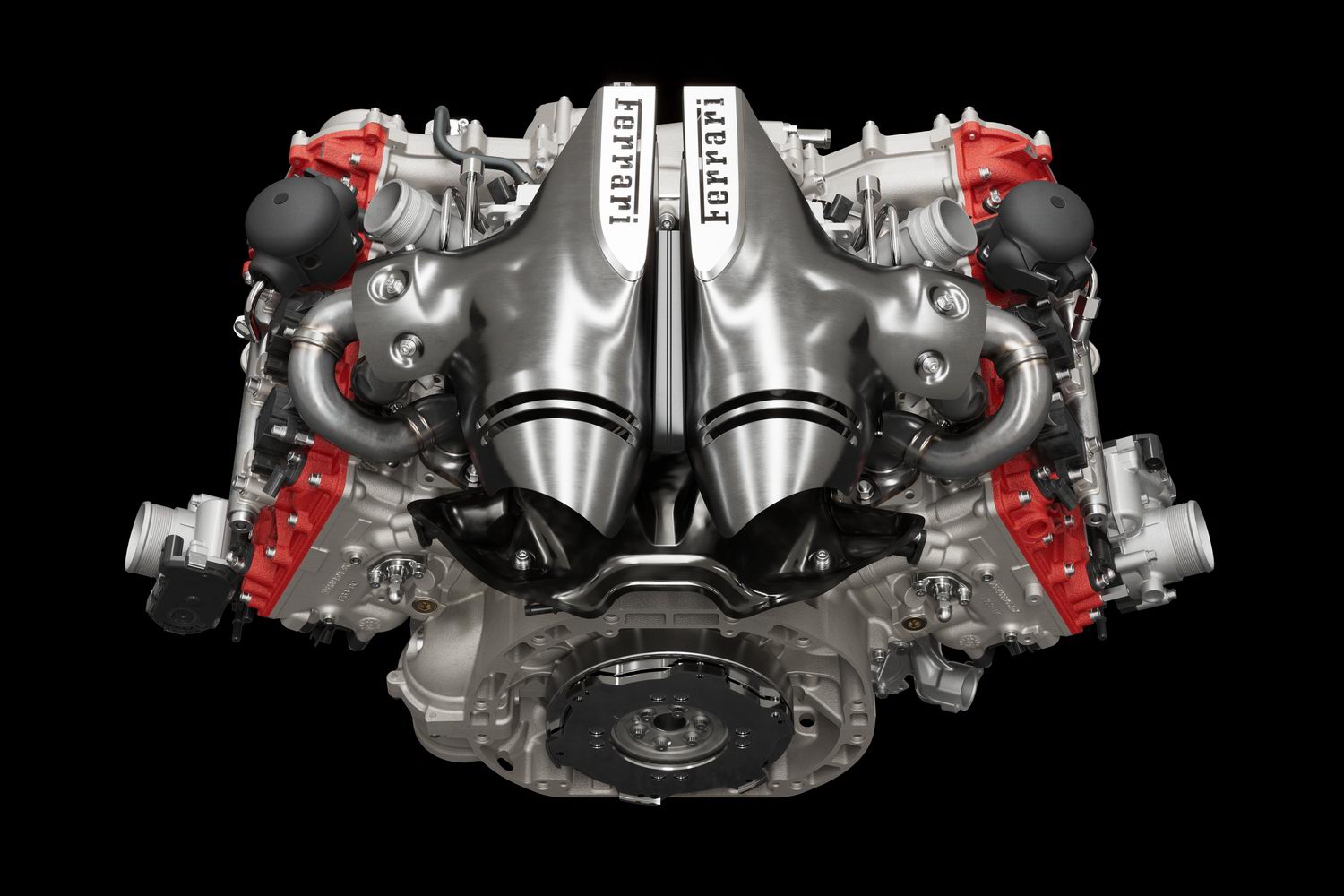 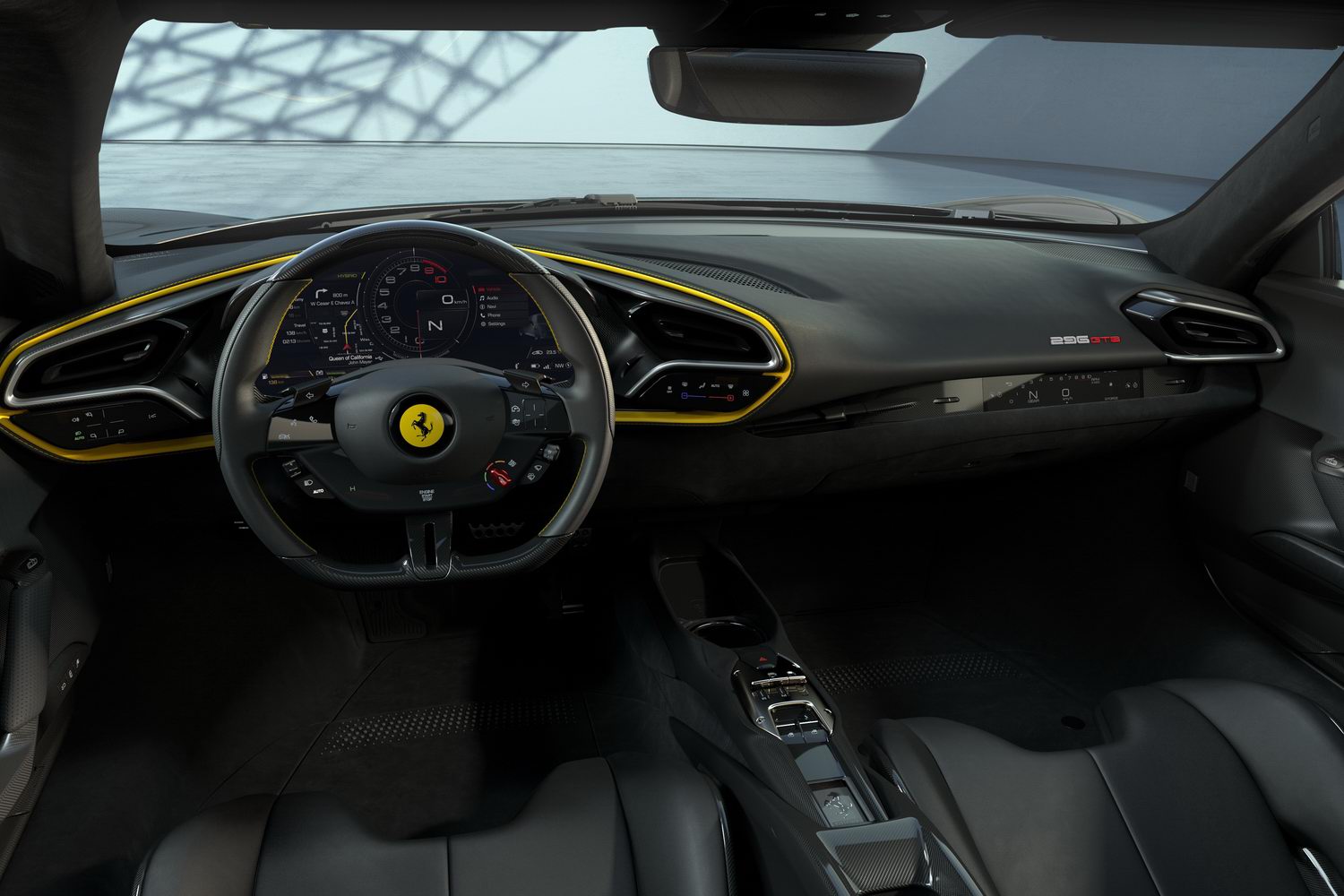 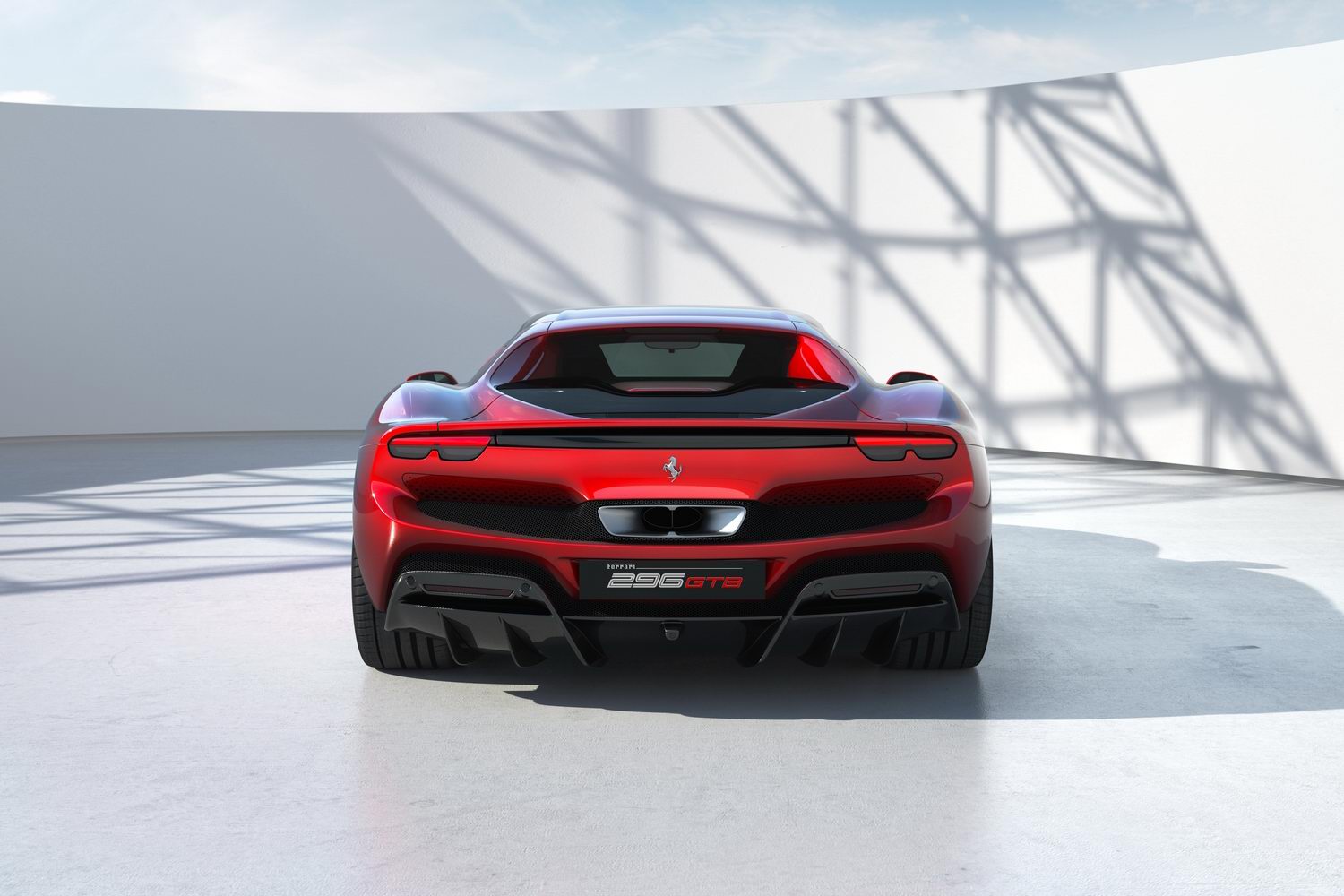 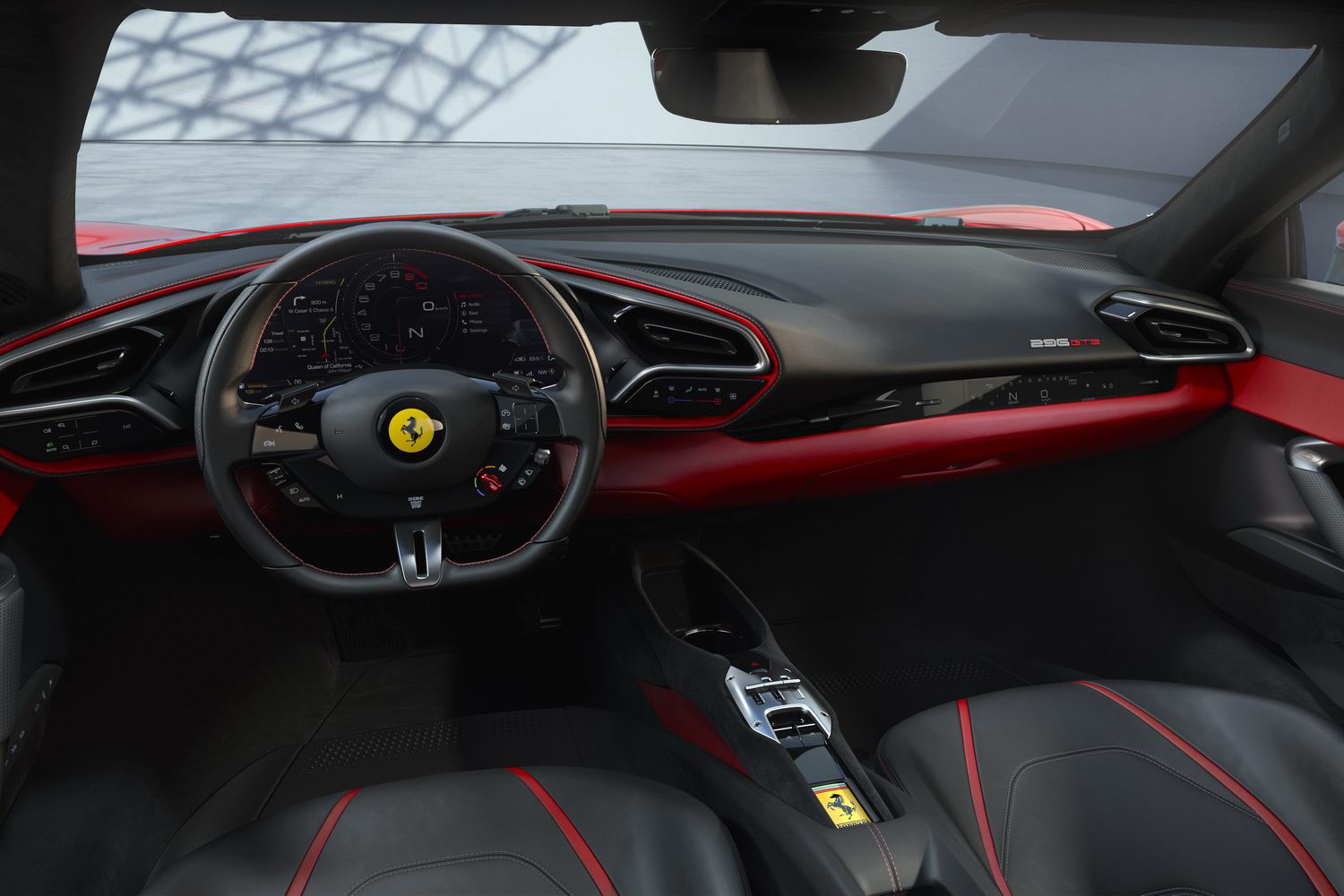 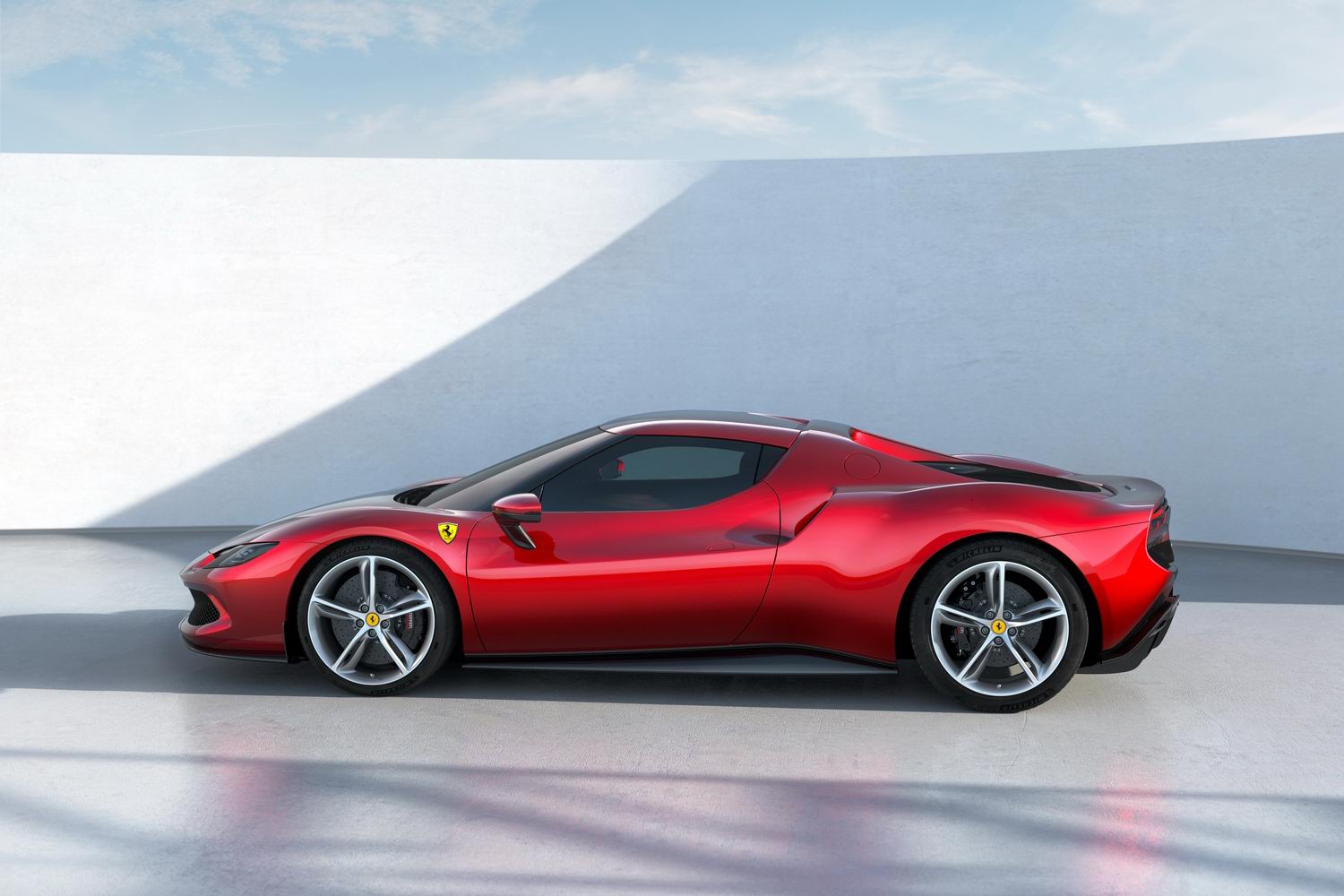 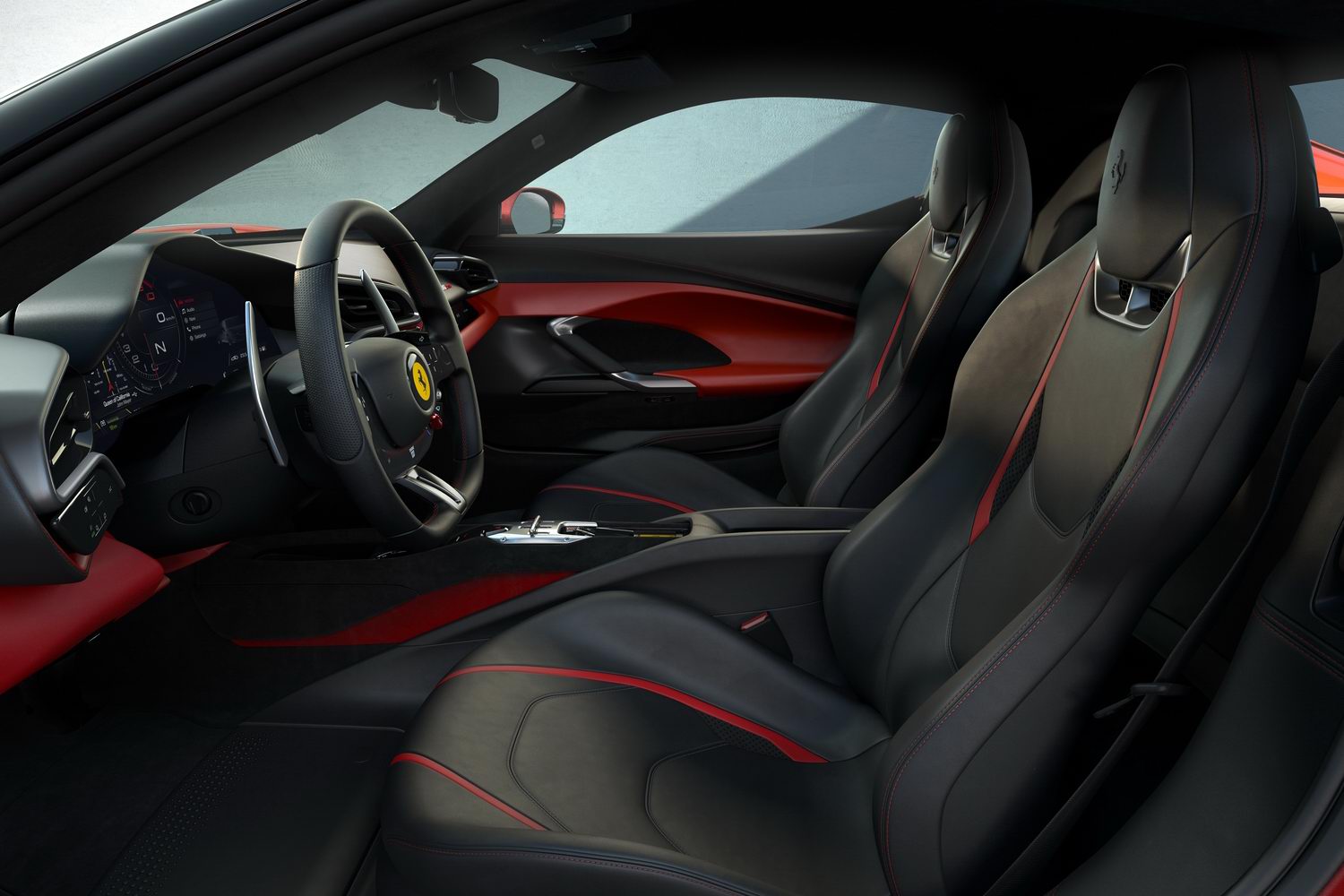 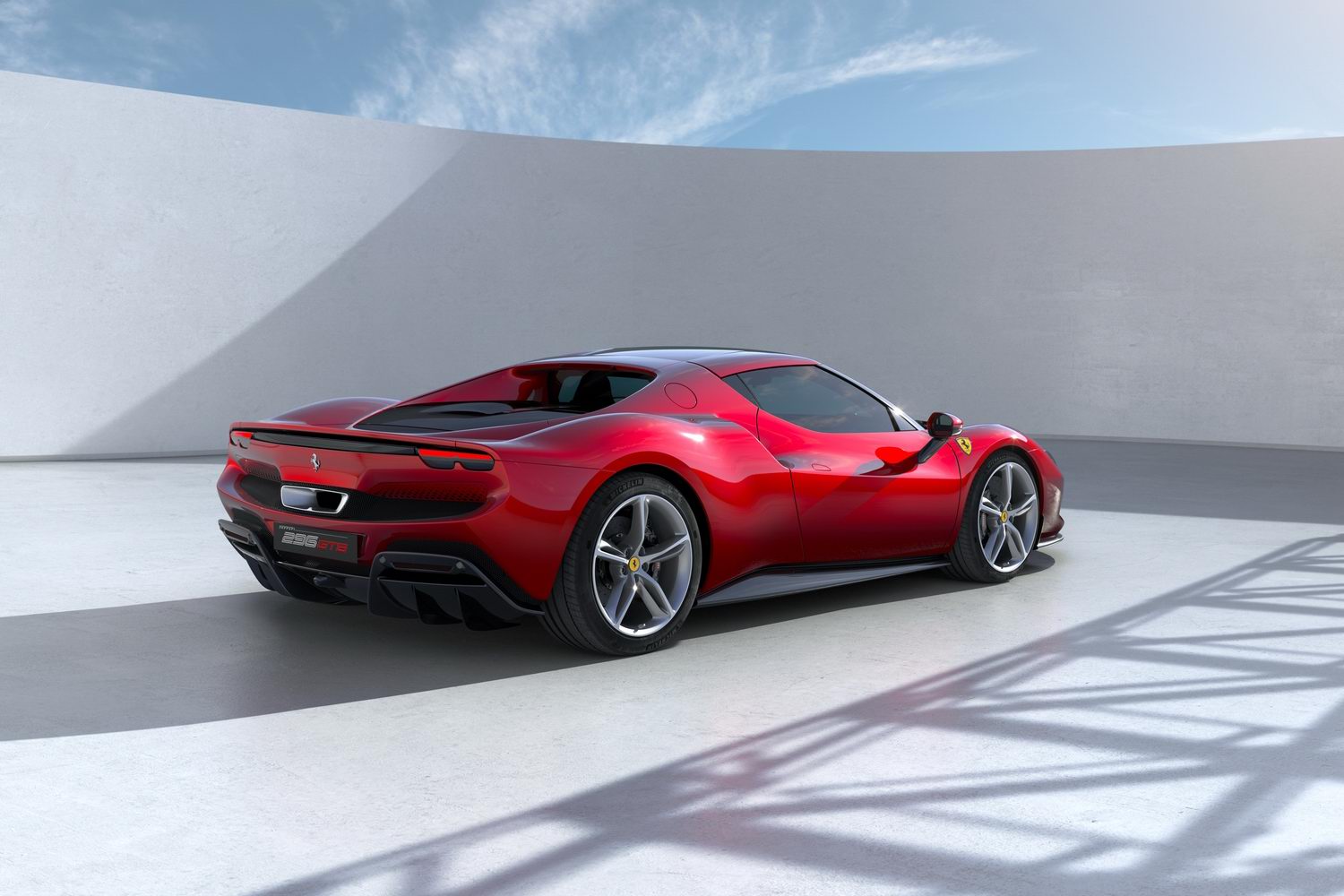 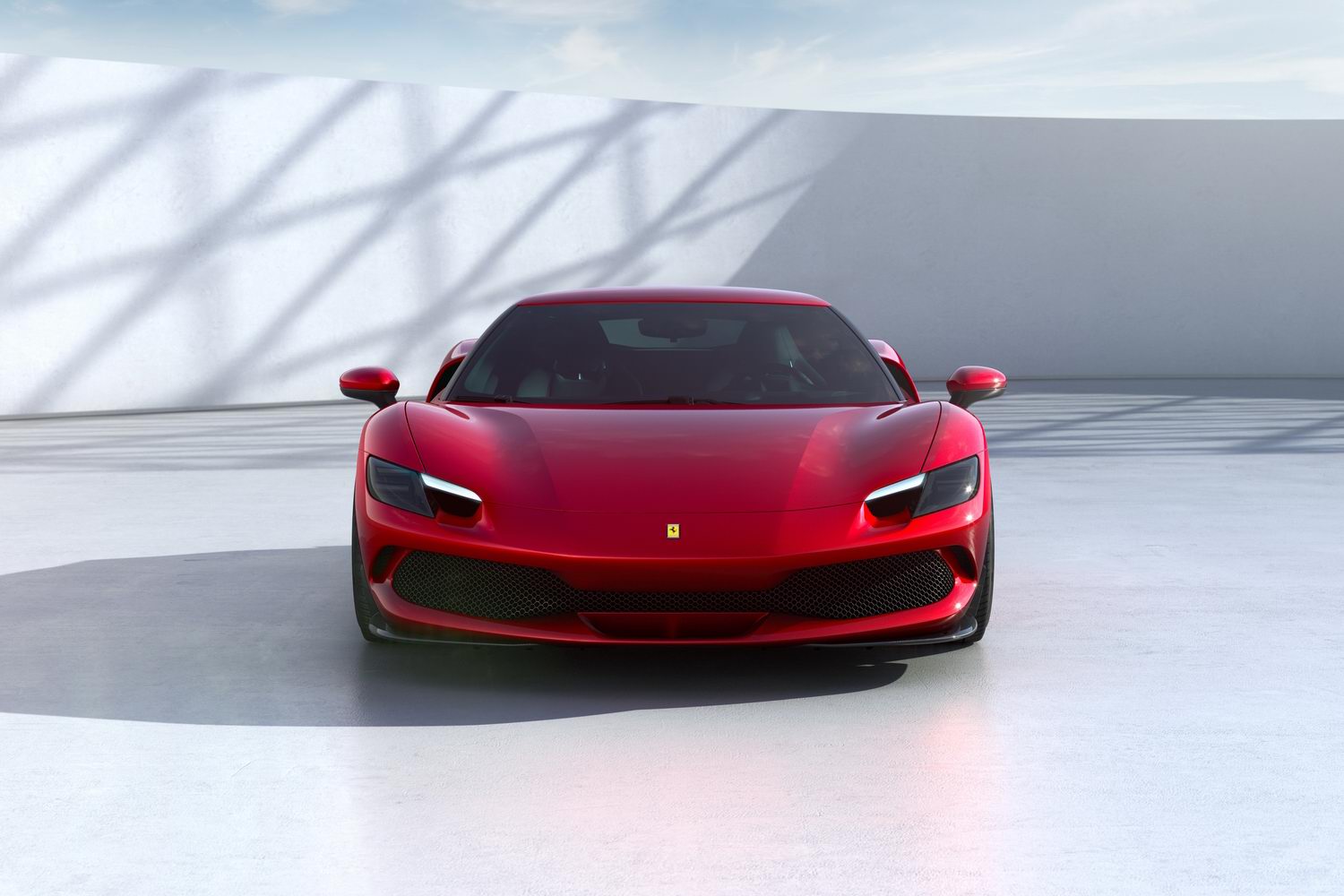 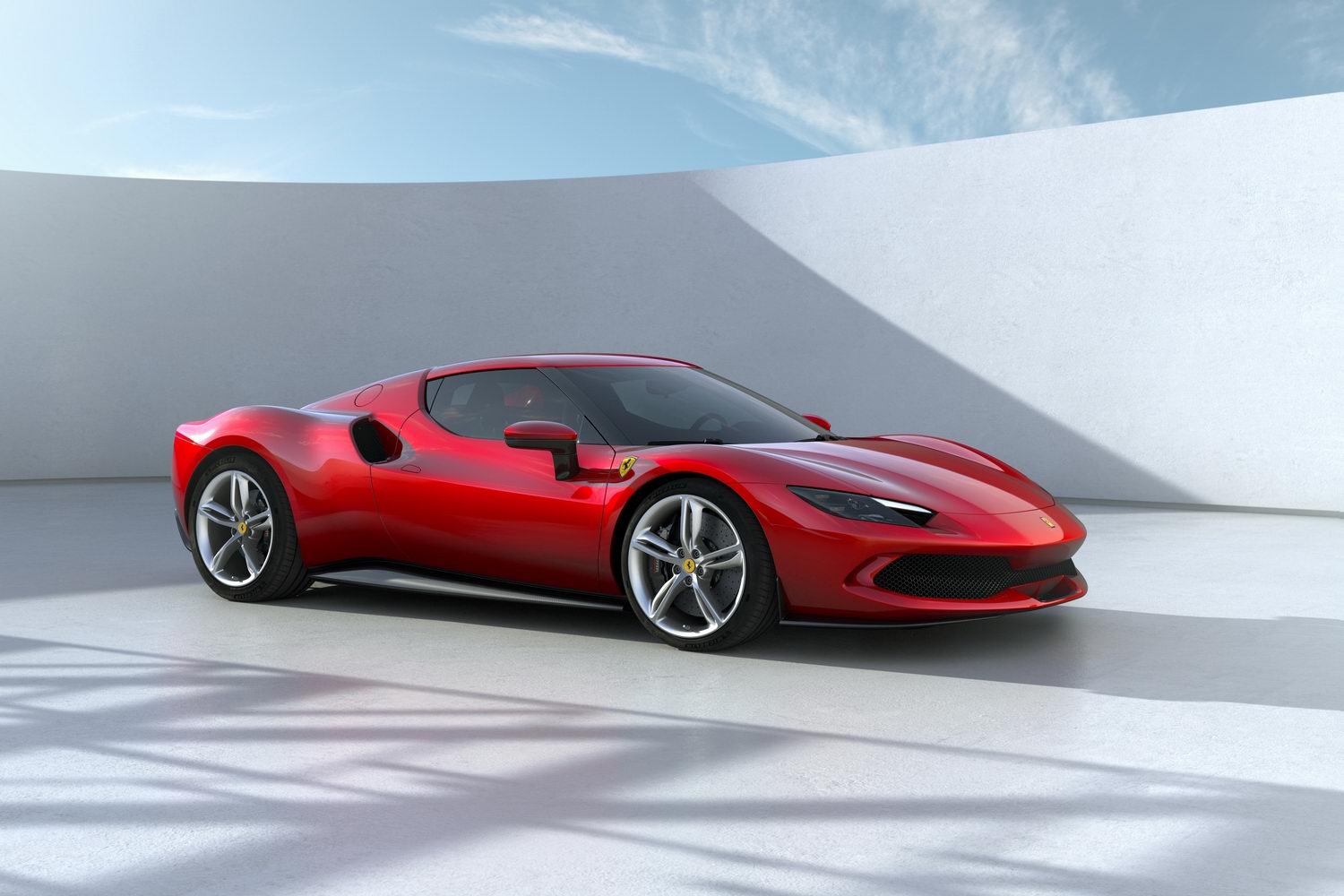 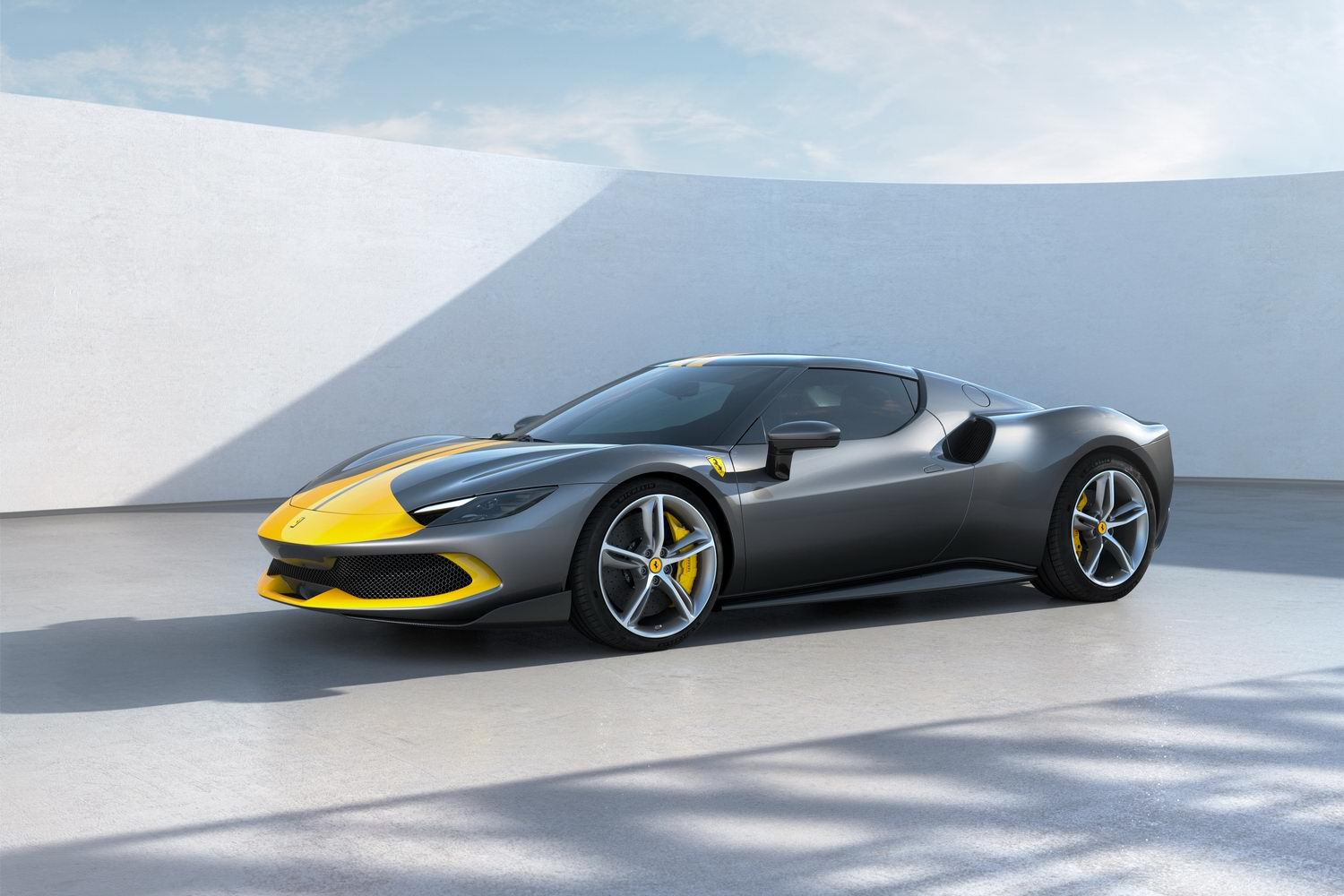 Ferrari has released its new mid-engined sports car, the 296 GTB, and it's as important for what it is as for what it's not. What it is, is a turbocharged V6-powered mid-engined two-seat coupe, with a plug-in hybrid powertrain borrowed (in part) from the Ferrari SF90 supercar. What it's not, is a new Dino.

(Pedantic history bit - the Dino 246 GT was the last Ferrari to have used a V6 engine. Except it wasn't a Ferrari. It was built by Ferrari, and used a Ferrari-designed 2.4-litre V6 engine, yes - which was also used by the Fiat Dino Coupe and the Lancia Stratos among others - but was never originally badged as Ferrari. The Dino brand, named after Alfredino, Enzo Ferrari's son who died tragically young, was supposed to have become Ferrari's affordable sub-brand. The Dino 246 has since become accepted as a proper Ferrari, and indeed is regarded as being one of Maranello's best ever cars.)

Actually, the new Ferrari 296 GTB is more or less a replacement for the current F8 Tributo, although it's also a little smaller all-round. More powerful, too, thanks to 663hp from the twin-turbo V6 petrol engine (which uses a 120-degree vee - as in the 1961 156 'Sharknose' Formula One car...) and 167hp from its 122kW electric motor.

Unlike the Ferrari SF90, the electric system and the petrol engine both drive the rear wheels (the SF90 had electric drive on the front wheels) and if you plug it in and charge it up, the 296 GTB will go for a claimed 25km on electrons alone.

Mind you, with a system maximum of 830hp, its electric performance is not really what we're here to talk about. We're talking more about its electrifying performance, which starts with a 2.9-second 0-100km/h time and runs on to a top speed - if you can find a handy racetrack with a long straight - of more than 330km/h (or 135km/h on electric power alone). For the Ferrari cognoscenti, its lap time around the famed Fiorano test track is an impressive one minute and 21 seconds.

That broad engine vee means that Ferrari has been able to fit the turbos and exhaust manifolds in between the cylinder heads, making the engine more compact and easier to package. The Italians claim that it has the highest specific output - 122hp per litre - of any production petrol engine. Helping all that along are high-pressure fuel injection and turbos supplied by IHI, which spin faster and puff harder than those of the F8. Indeed, so impressive is the engine, apparently, that its engineers have named it "piccolo V12" - you can probably guess the translation for yourself.

Power from both that engine and the electric motor (fed by a 7.45kWh battery pack) goes to the rear wheels via an eight-speed F1 DCT gearbox. Impressively, given all the electric gubbins and the fact that the 296 retains Ferrari's tried-and-tested aluminium architecture, rather than a full-carbon chassis, dry kerb weight is kept down to just under 1,500kg (if you order the optional Assetto Fiorano pack).

The styling looks a lot cleaner than that of the outgoing F8, and takes a cues from the rather gorgeous SF90 Stradale. Ferrari says that, unlike the previous aero packages of the 458, 488, and F8, this time around the active aerodynamics is not there to manage drag, but to actively produce downforce. In fact, the 296 can generate 360kg of downforce at 250km/h if you pick the optional Assetto Fiorano package.

The clean sides of the car have been made possible by mounting the main radiators at the front and sending their hot air output down beneath the car and out the rear diffuser, which means that there's less need for vents and other aero management devices along the side. The two air intakes that you can see are set high up, and Ferrari says that they visually reference the 1965 Le Mans-winning 250LM sports-racer. At the rear, there's an active rear spoiler, which, McLaren-style, is fully mobile at all times, balancing both downforce and drag, and contributing to braking. There's also a transparent engine cover, just so that you can bask in the majesty of that little V6 when you're parked up.

In electronic terms, the 296 sees the debut of two new systems - Transition Manager Actuator (TMA) and the 6-way Chassis Dynamic Sensor (6w-CDS). These two constantly monitor and help to manage the way the car is being driven, but thankfully, rather than smother you with electronic nannying, Ferrari says that the whole point of these systems is to make the 296 more fun to drive.

There's both regenerative braking and hefty mechanical brakes (Ferrari claims that the 296 GTB reduces the 200-0km/h braking distance by 8.8 per cent and also improves the repeat braking efficiency from that speed by 24 per cent compared to the F8) and, with a wheelbase some 50mm shorter than that of the F8 Tributo, the 296 GTB should feel pretty agile.

There is also a new eManettino drive mode selector alongside the traditional Manettino. The eManettino allows you to pick from eDrive (fully electric for as long as possible), Hybrid (which is the default mode when you switch the car on), Performance (which is like an on-road Sport mode) and Qualify (which is an on-track Sport mode). As with other Ferrari models, there's Side Slip Control (SSC), which is basically a Drift Mode.

On the inside, the cabin is quite stark - rather like a stripped-back version of what you get in the more luxurious Ferrari Roma - with digital instrument panels and a touch-sensitive engine-start button. The passenger also gets a little digital strip screen, which shows engine RPM and other details. There's no manual gearbox, of course, but the chromed gear selector between the seats, with its little finger-flick levers, does at least pay some homage to those open-gated Ferrari gearchanges of old.

If you want the ultimate 296 GTB, you'll have to order the aforementioned Assetto Fiorano pack, which comes with special GT racing-derived adjustable Multimatic shock absorbers optimised for track use; high downforce carbon-fibre appendages on the front bumper that can deliver an additional 10kg of downforce; a lighter Lexan rear screen; and more extensive use of lightweight materials such as carbon-fibre for both cabin and exterior. That rear screen alone saves 15kg, and you get Michelin Sport Cup 2 R high performance tyres, which can be wrapped around optional carbon-fibre wheels.