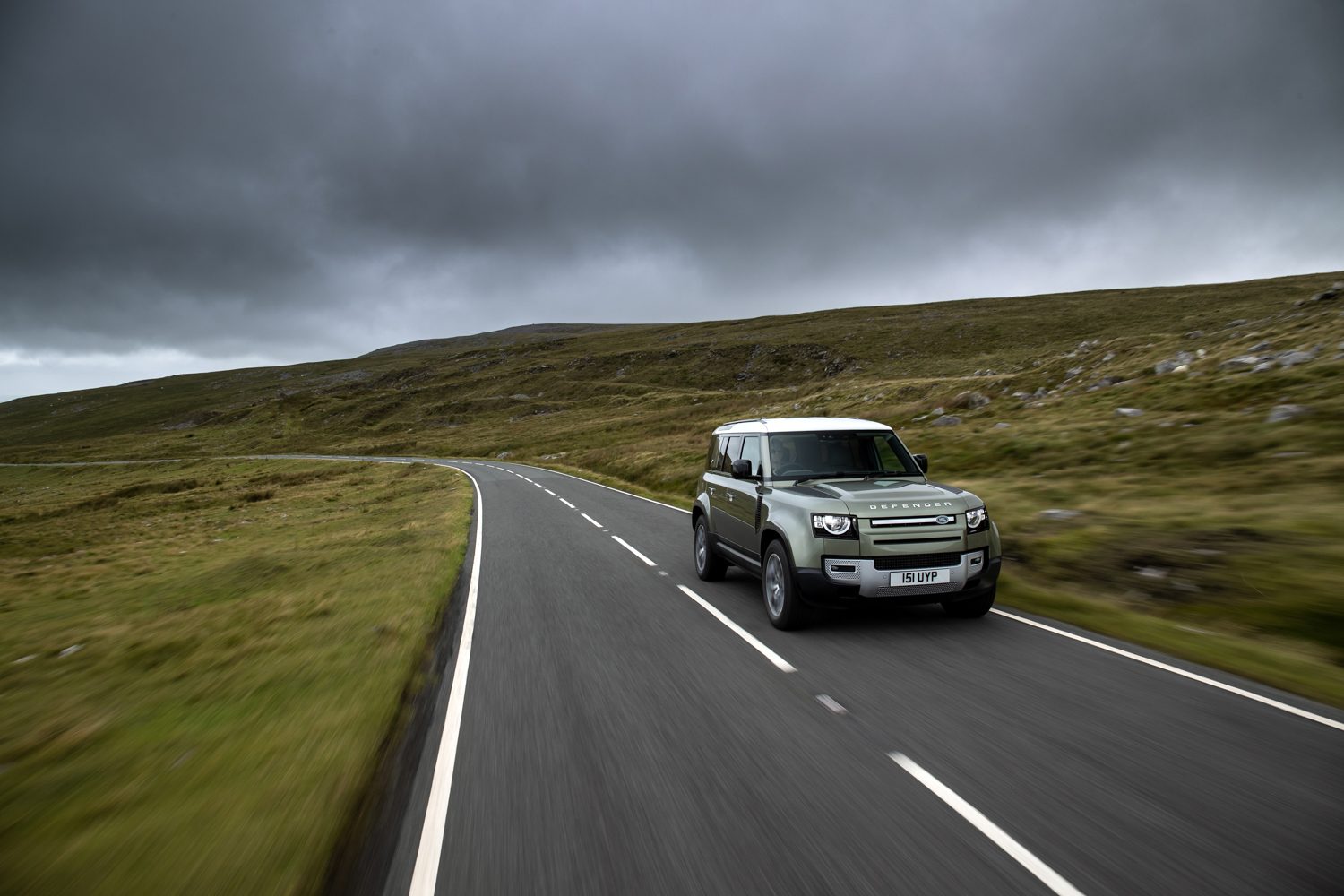 Land Rover has just told us that it's started work on a new hydrogen fuel-cell powertrain, and it's going to be putting it on the road in a fleet of prototype fuel cell Defenders before the end of this year.

It's all part of Land Rover's 'Reimagine' plan, which aims to see the first fully electric Land Rover product on sale by 2024 (it'll most likely be a version of the upcoming new Range Rover), before going fully emissions-free by 2036, and fully carbon-neutral across all manufacturing and supply chains by 2039.

That's a big plan, and now it looks as if hydrogen power could form a major cornerstone. Although hydrogen gets a bit of a bashing from some quarters (Elon Musk in particular...) it has one huge advantage over batteries - you can refuel it in minutes.

"We know hydrogen has a role to play in the future powertrain mix across the whole transport industry, and alongside battery electric vehicles, it offers another zero tailpipe emission solution for the specific capabilities and requirements of Jaguar Land Rover's world-class line-up of vehicles. The work done alongside our partners in Project Zeus will help us on our journey to become a net zero carbon business by 2039, as we prepare for the next generation of zero tailpipe emissions vehicle" said Ralph Clague, head of hydrogen and fuel cell vehicles for Land Rover.

The 4x4 maker will team up with Delta Motorsport, AVL, Marelli Automotive Systems and the UK Battery Industrialisation Centre, as well as getting some funding help from the UK government's Advanced Propulsion Centre, all of which will help with bringing the tech to production-ready status.

How serious is all of this? Very - according to Land Rover, the market for hydrogen fuel cell vehicles is expected to top ten million sales by 2030, with some 10,000 hydrogen fueling stations around the world to support them.

What are the pros and cons of hydrogen? Well, hydrogen is everywhere - it's the most abundant element in the universe, and it's pretty easy (well, relatively so) to extract hydrogen from seawater (two atoms of hydrogen, one of oxygen, makes H2O...). That hydrogen can then be stored in a car's tank, usually under pressure (the tanks tend to be made from high-strength carbon fibre to cope with that). Then, when you turn your hydrogen car on, the hydrogen gas flows into the fuel cell. In the cell, it's chemically re-combined with oxygen drawn from the air outside the car. That does two things - it creates water again (water vapour is the only emission from a fuel cell car) and it generates an electrical current. That current drives the car's electric motor, and off you go. Effectively, a hydrogen fuel cell is rather like a battery that you refill with gas instead of electricity.

The cons, though? It's expensive, at the moment, to separate hydrogen, and much of it comes not from clean seawater but as a byproduct of petro-chemical processes. It's also difficult to store and transport, and requires a lot of investment in a refuelling infrastructure - Ireland currently has no public hydrogen fuelling stations, for example. On top of which, there are a lot of inefficiencies in the process - making the hydrogen, storing and transporting it all consume energy, so it can't beat the efficiency of sending electrical energy straight into a battery.

However, there are some major advantages. While charging a battery can take anything from 30 minutes to more than an hour from a rapid DC charger, a hydrogen tank can be refilled in less than five minutes, and if you want more range, you just design a car with a bigger fuel tank. Fuel cell systems are also much lighter, for a given range than a massive battery.

It may be a while before we see a hydrogen Defender for sale, and longer still before such a car might be available in Ireland, but it's certainly interesting to see Land Rover pursuing other zero-emissions tech than just batteries.