BMW updates the X3 and X4 for Ireland 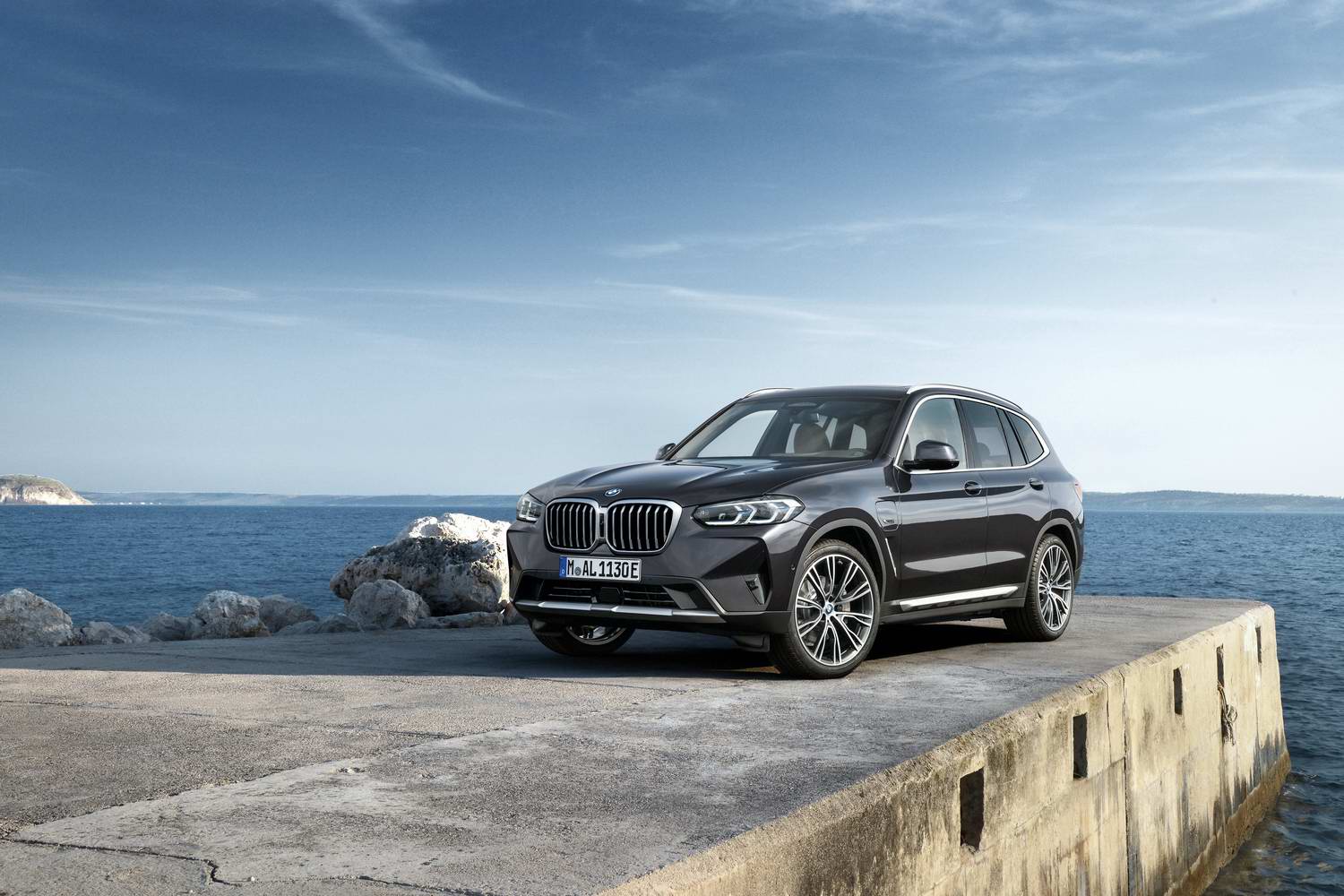 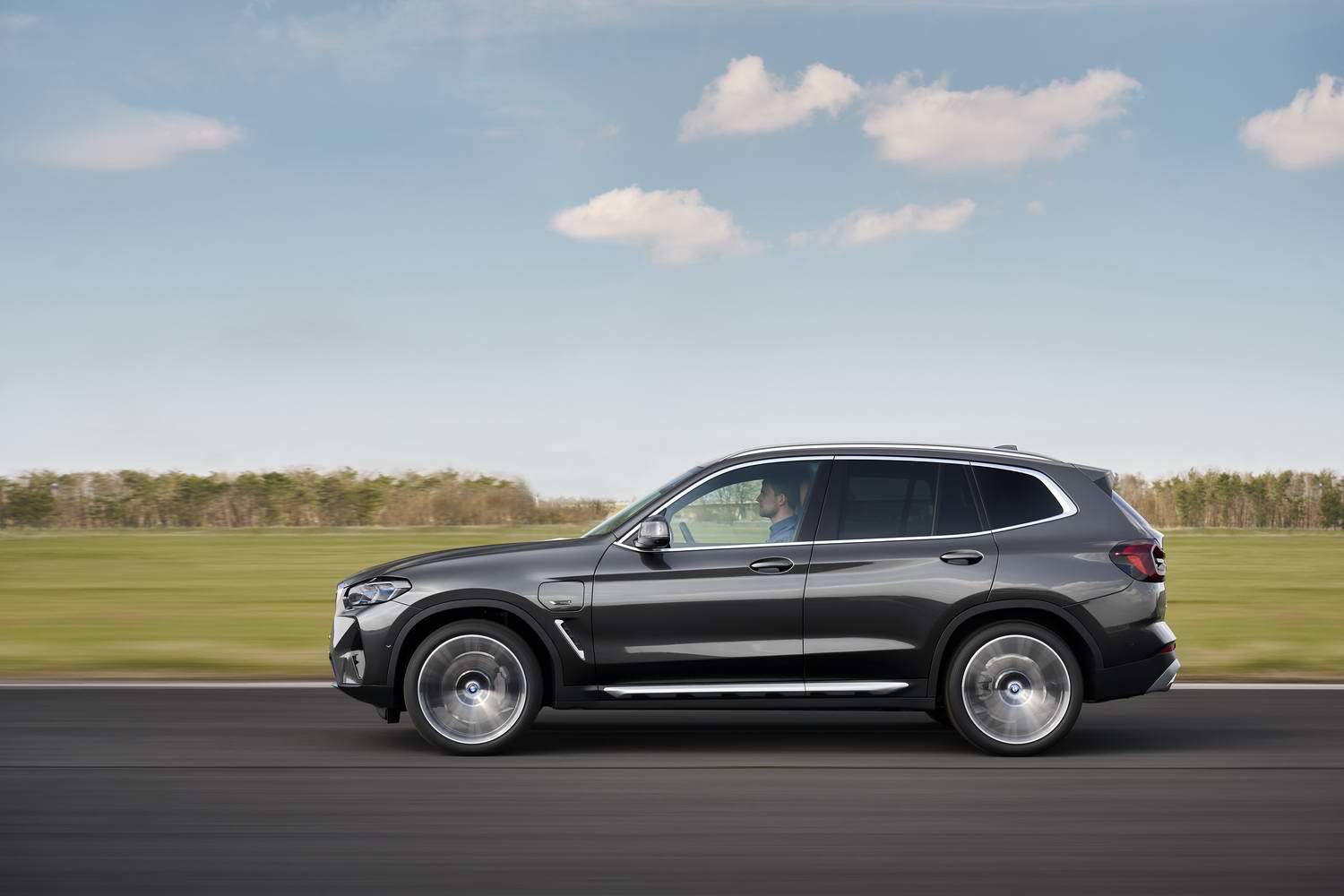 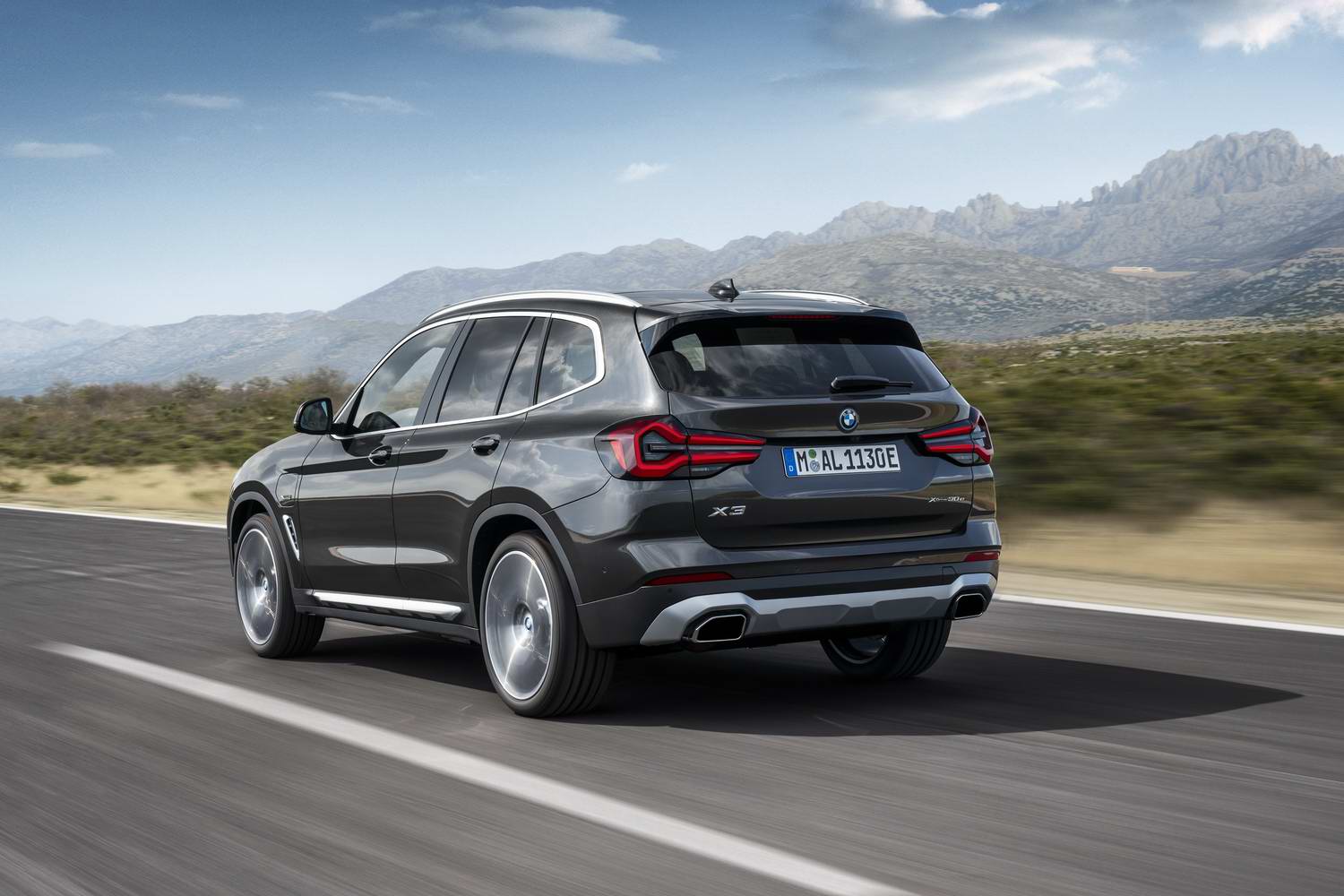 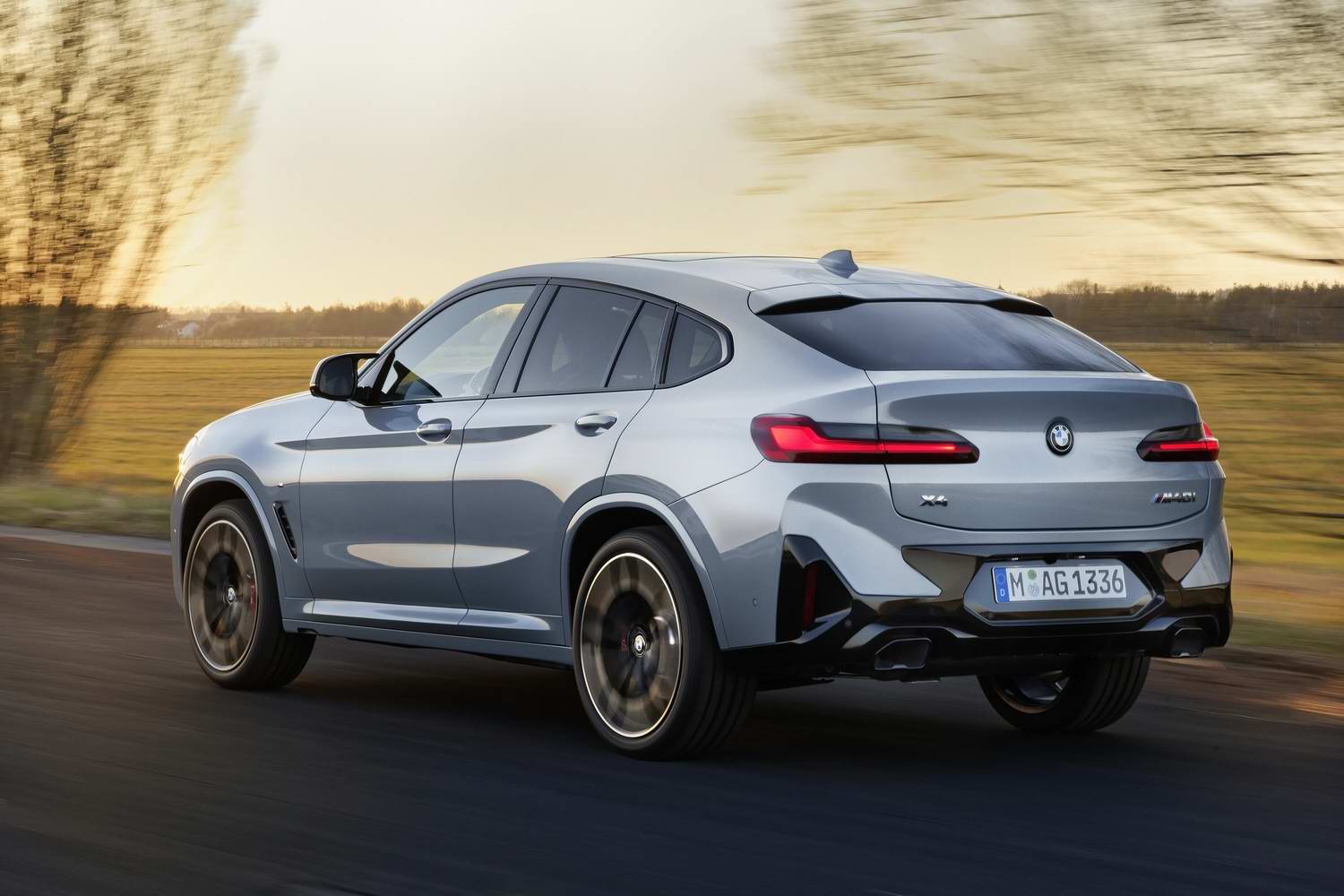 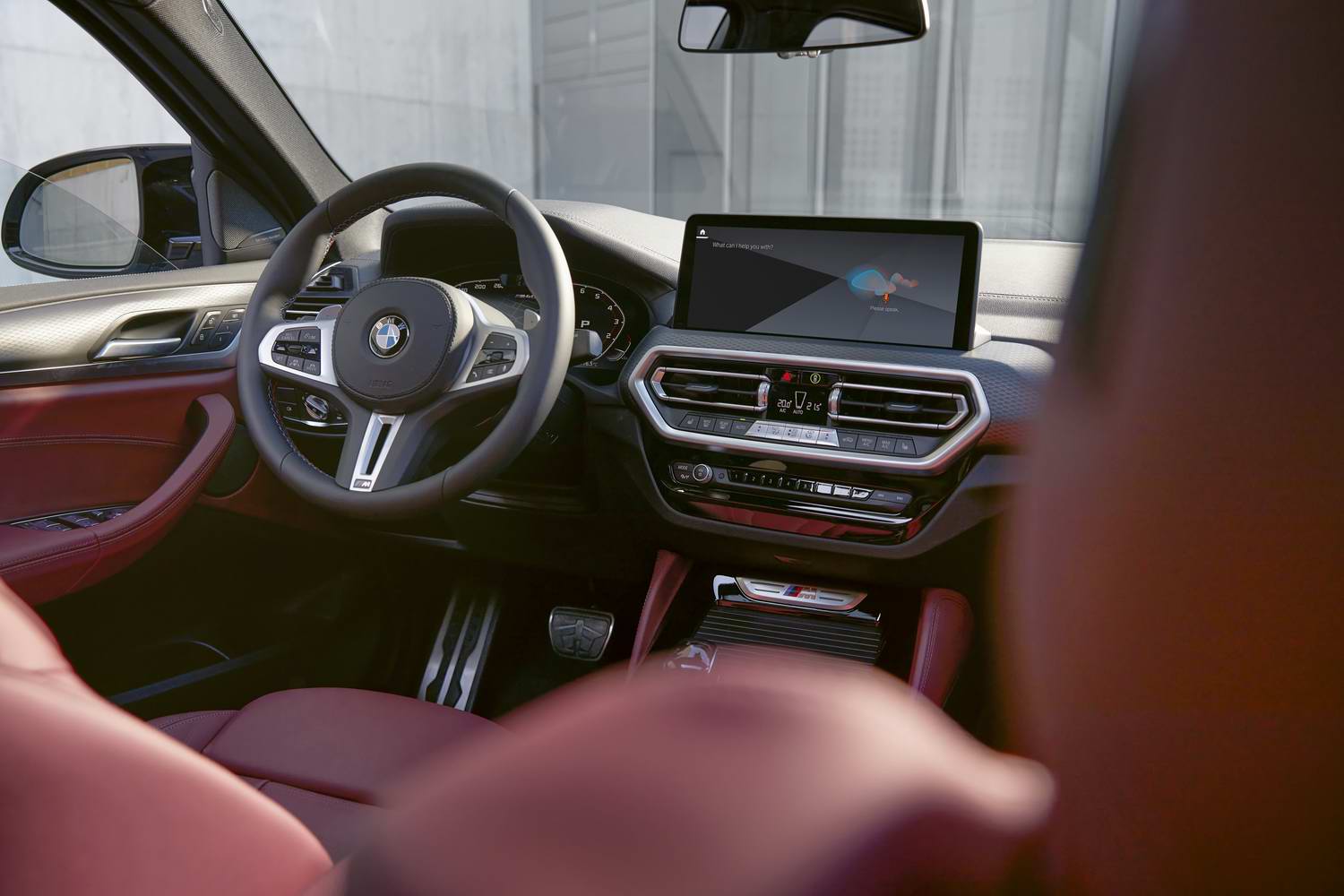 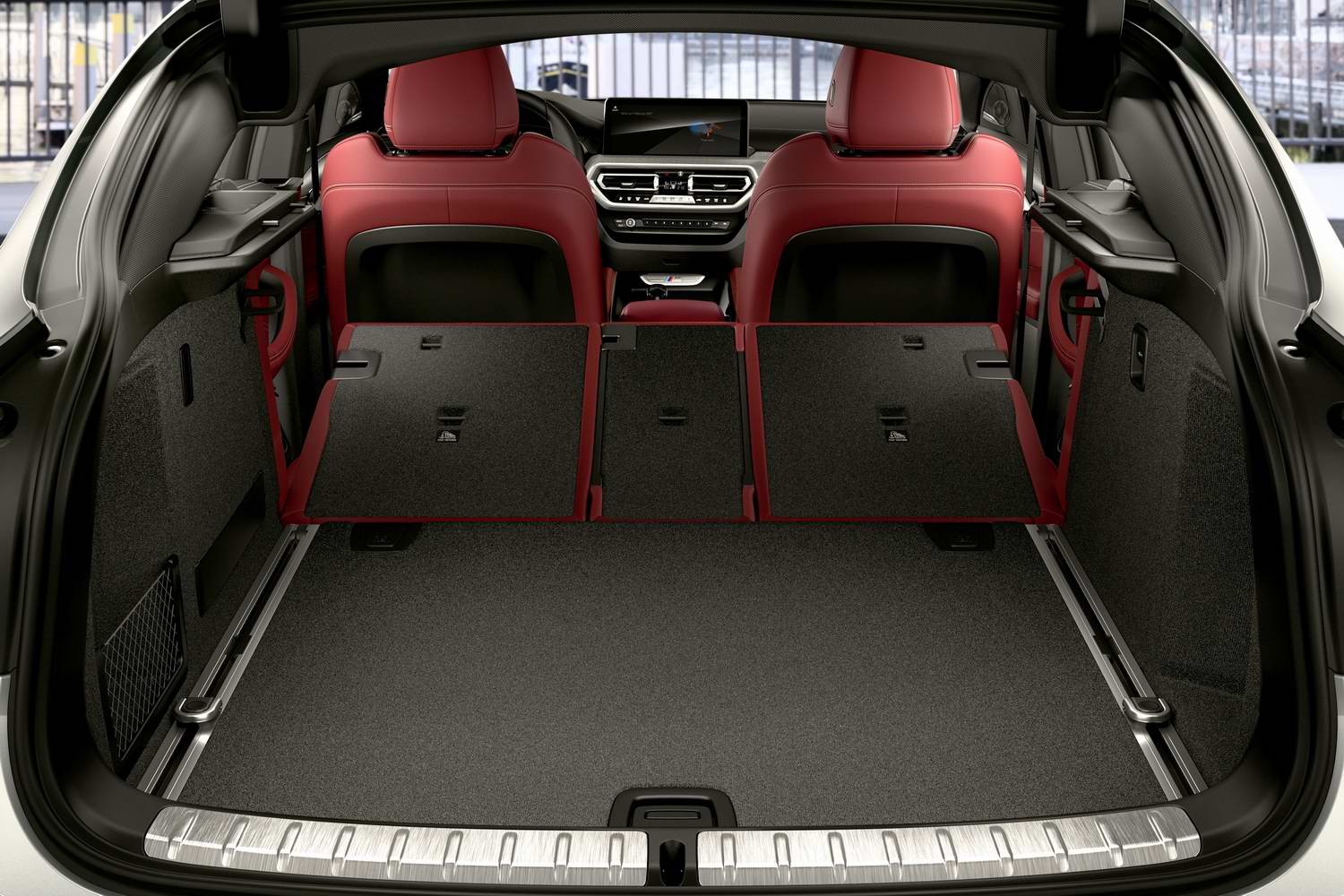 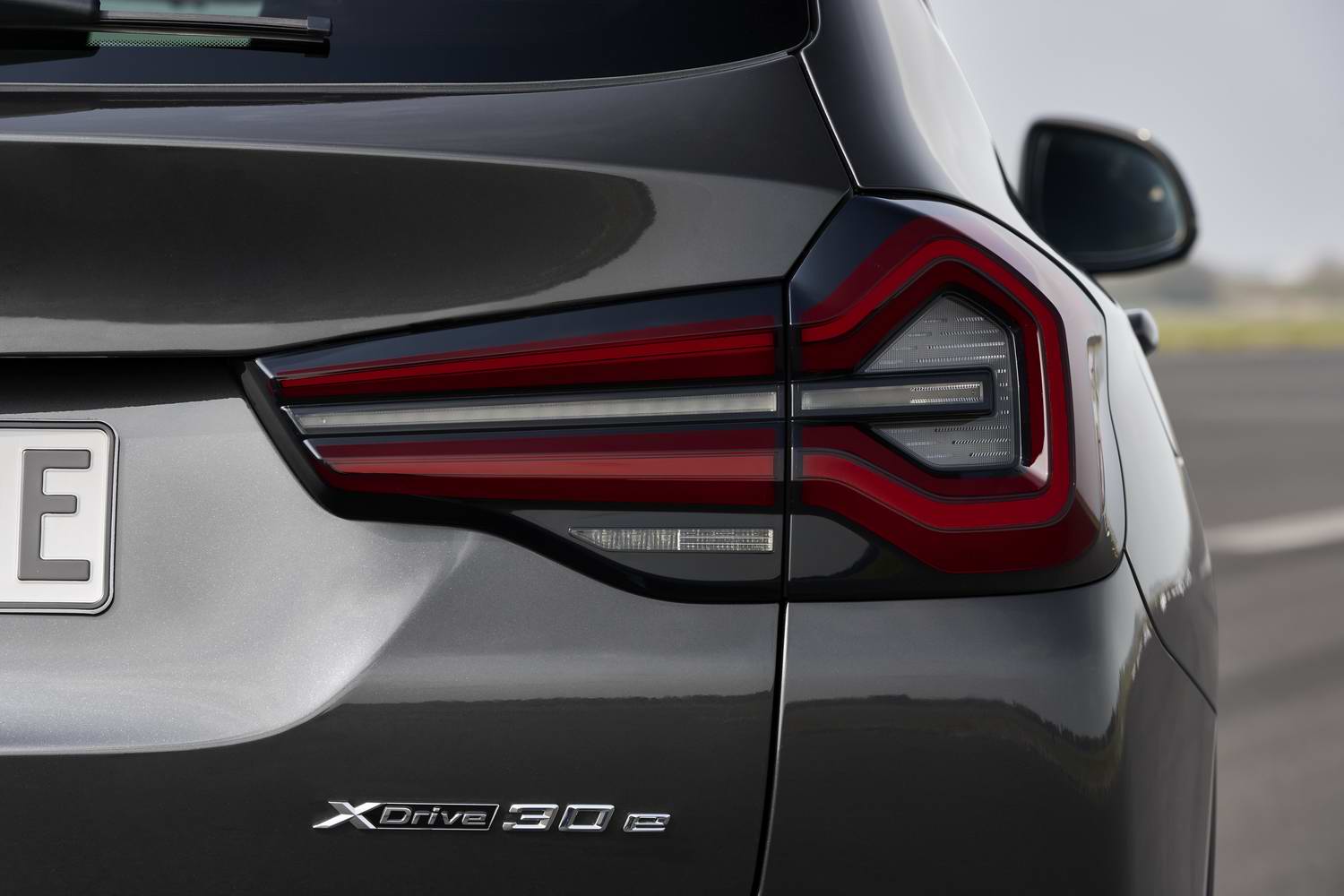 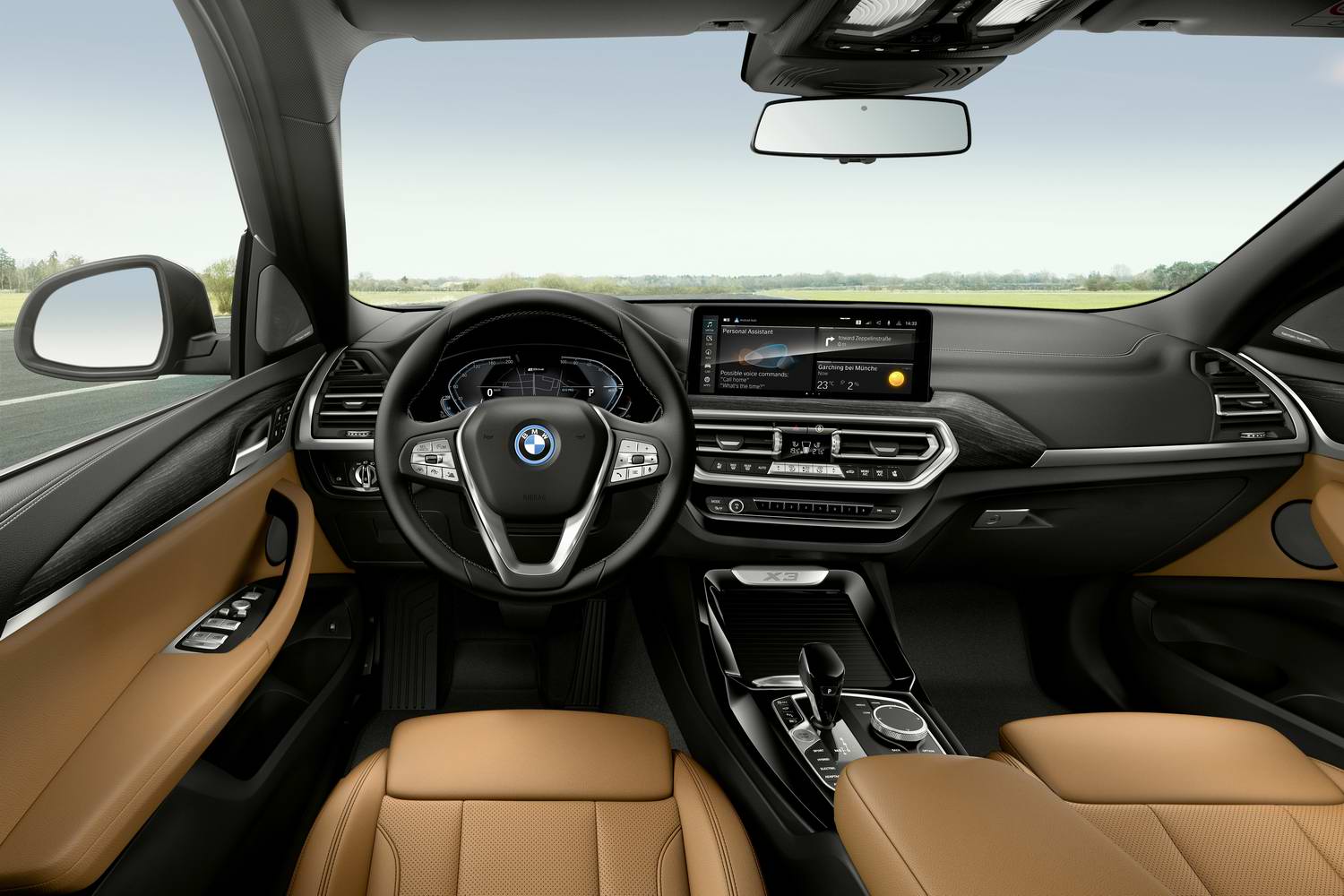 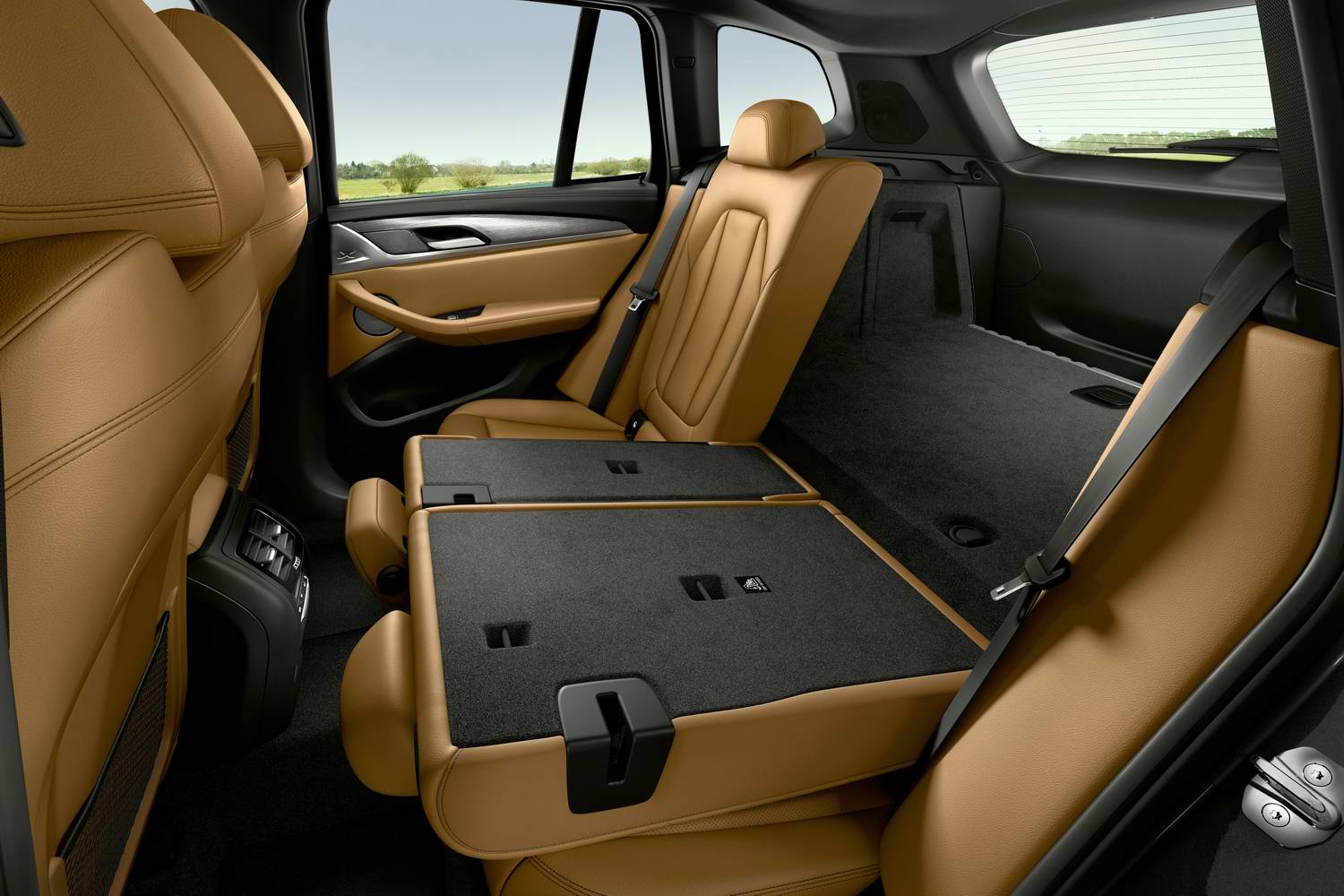 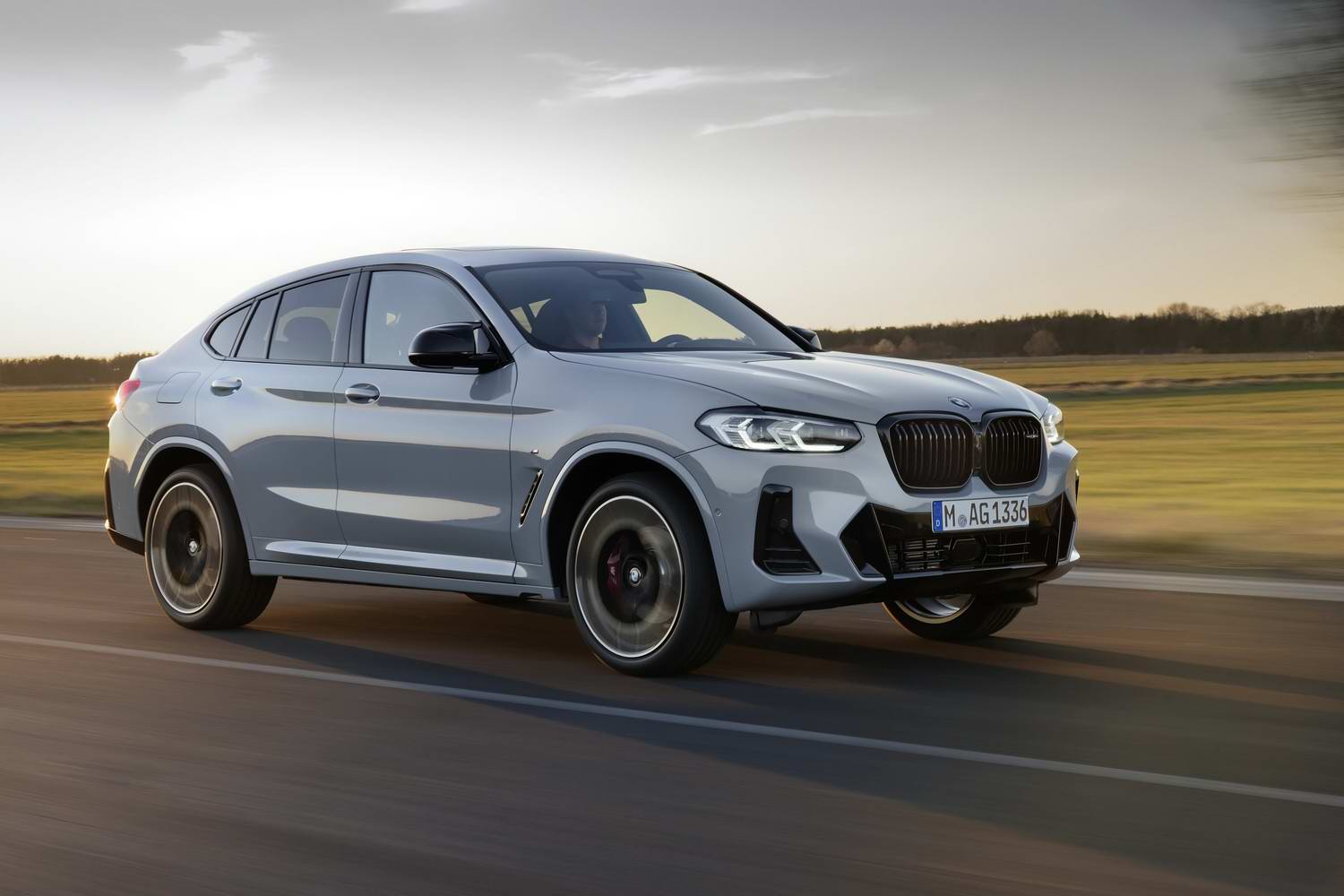 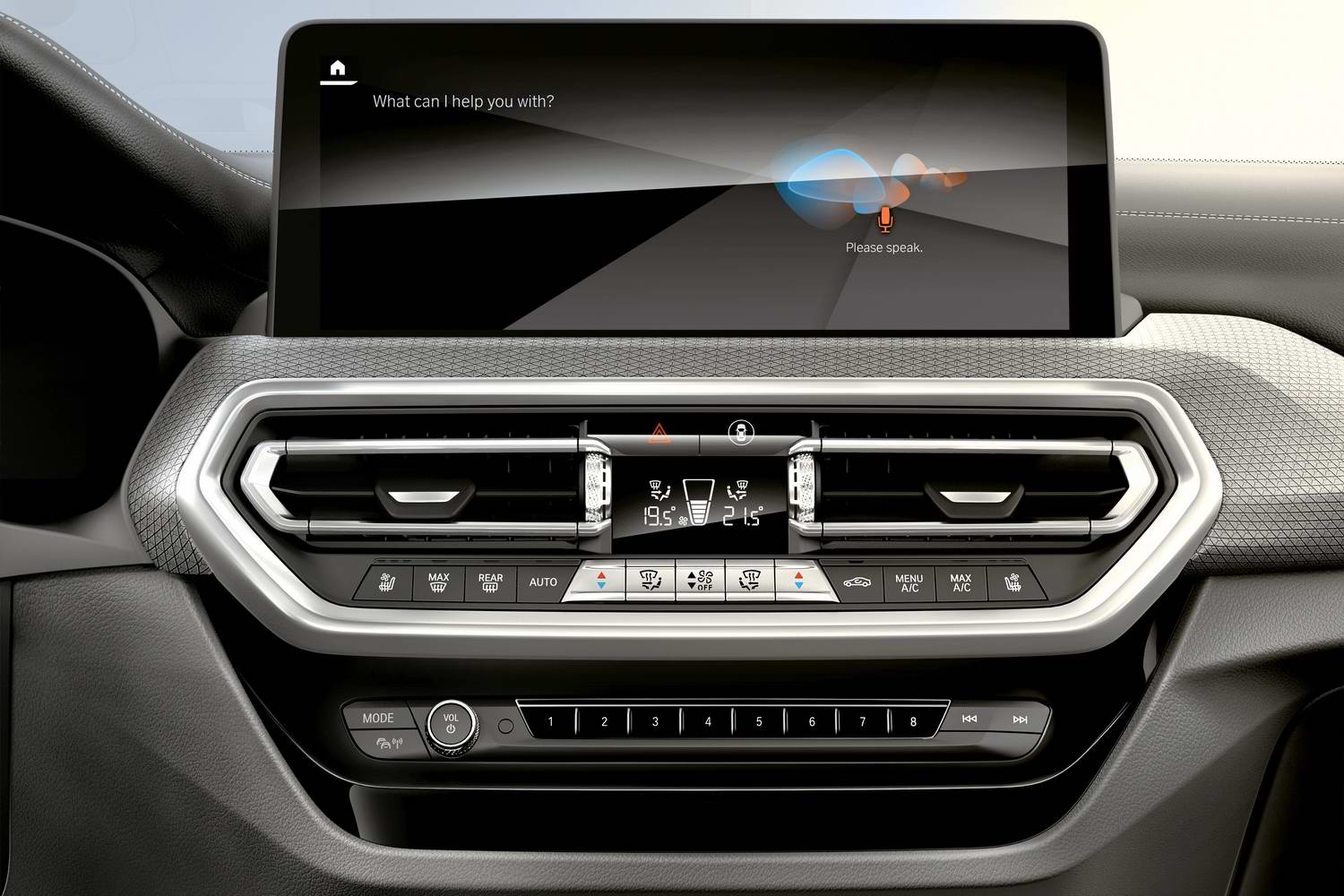 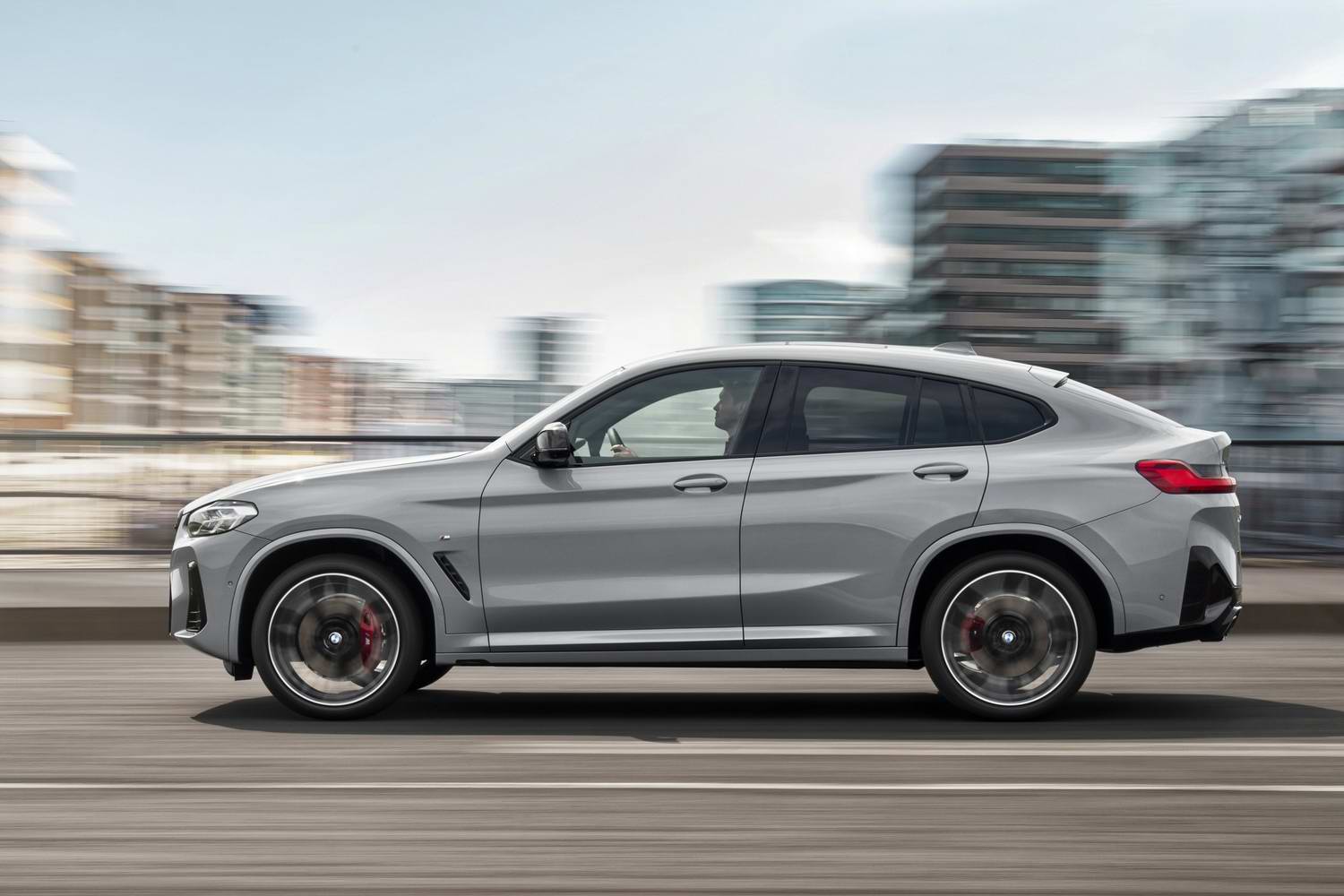 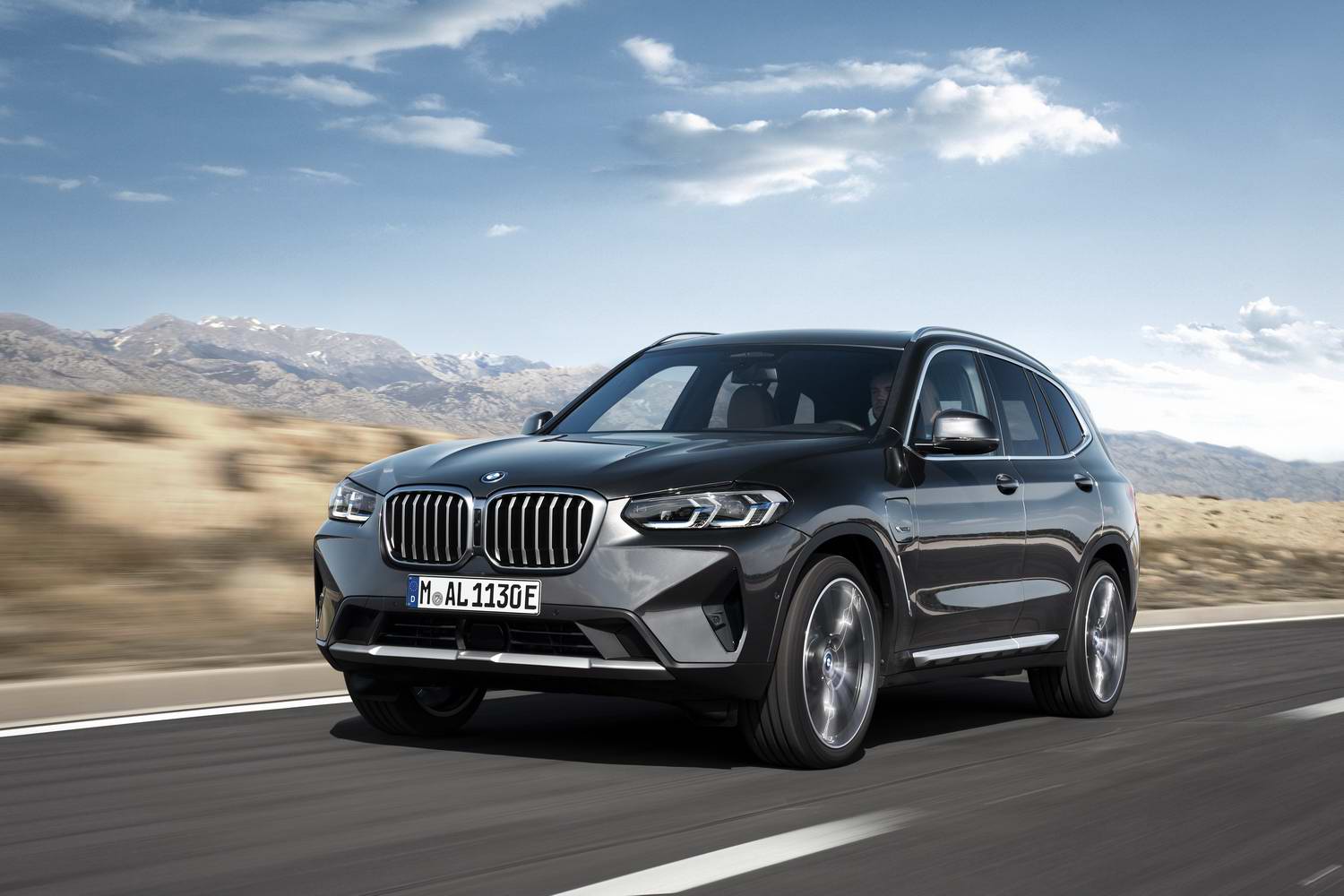 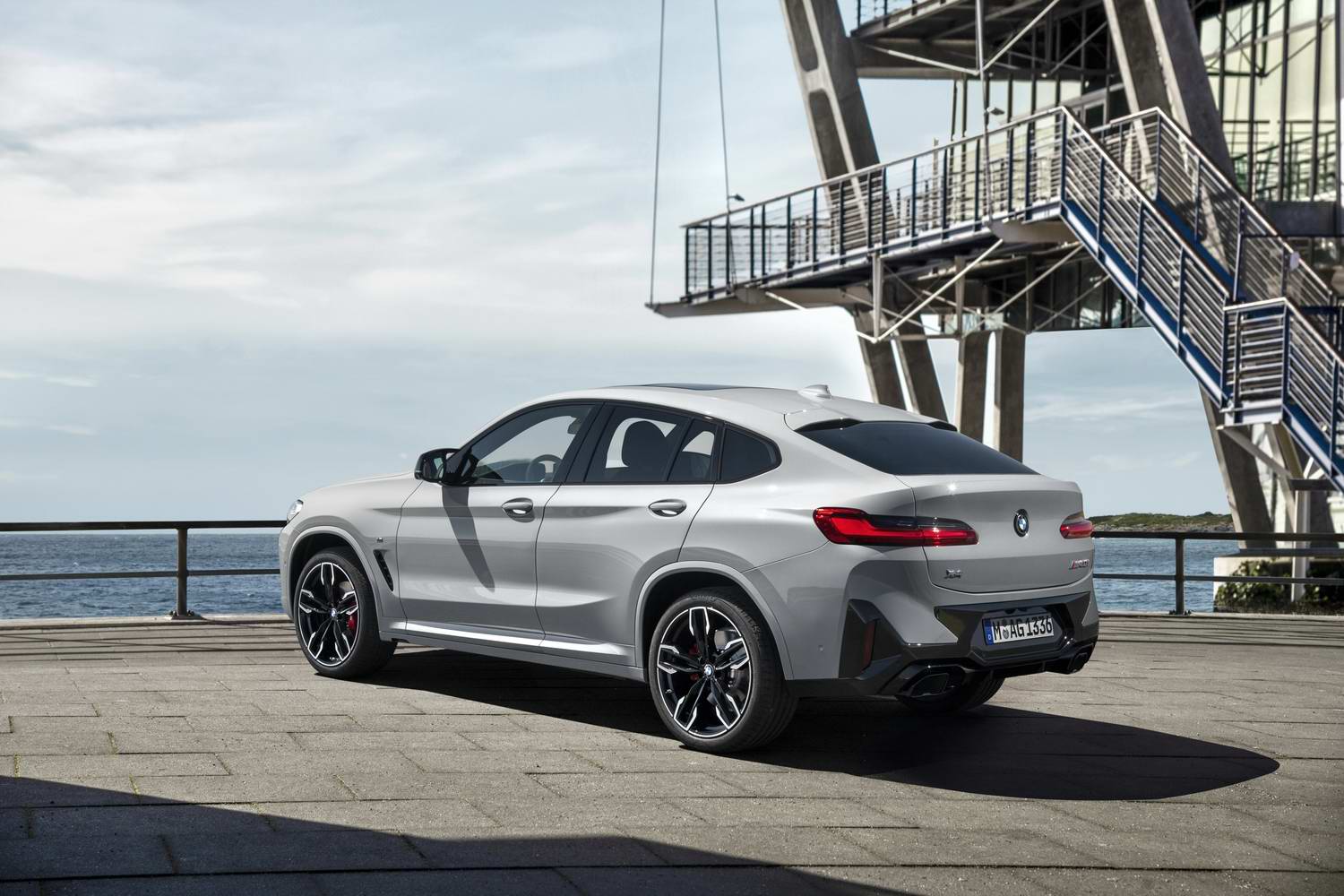 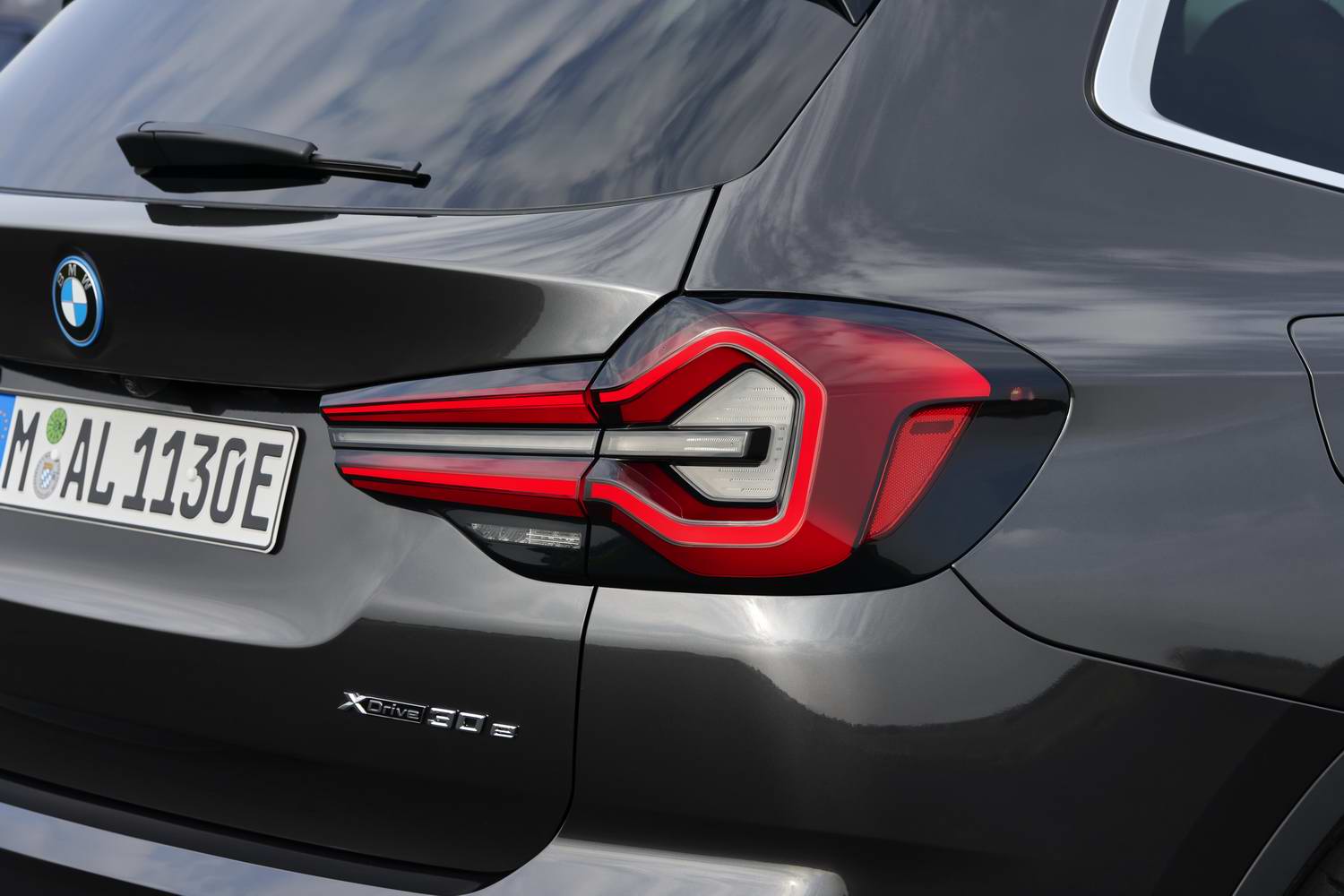 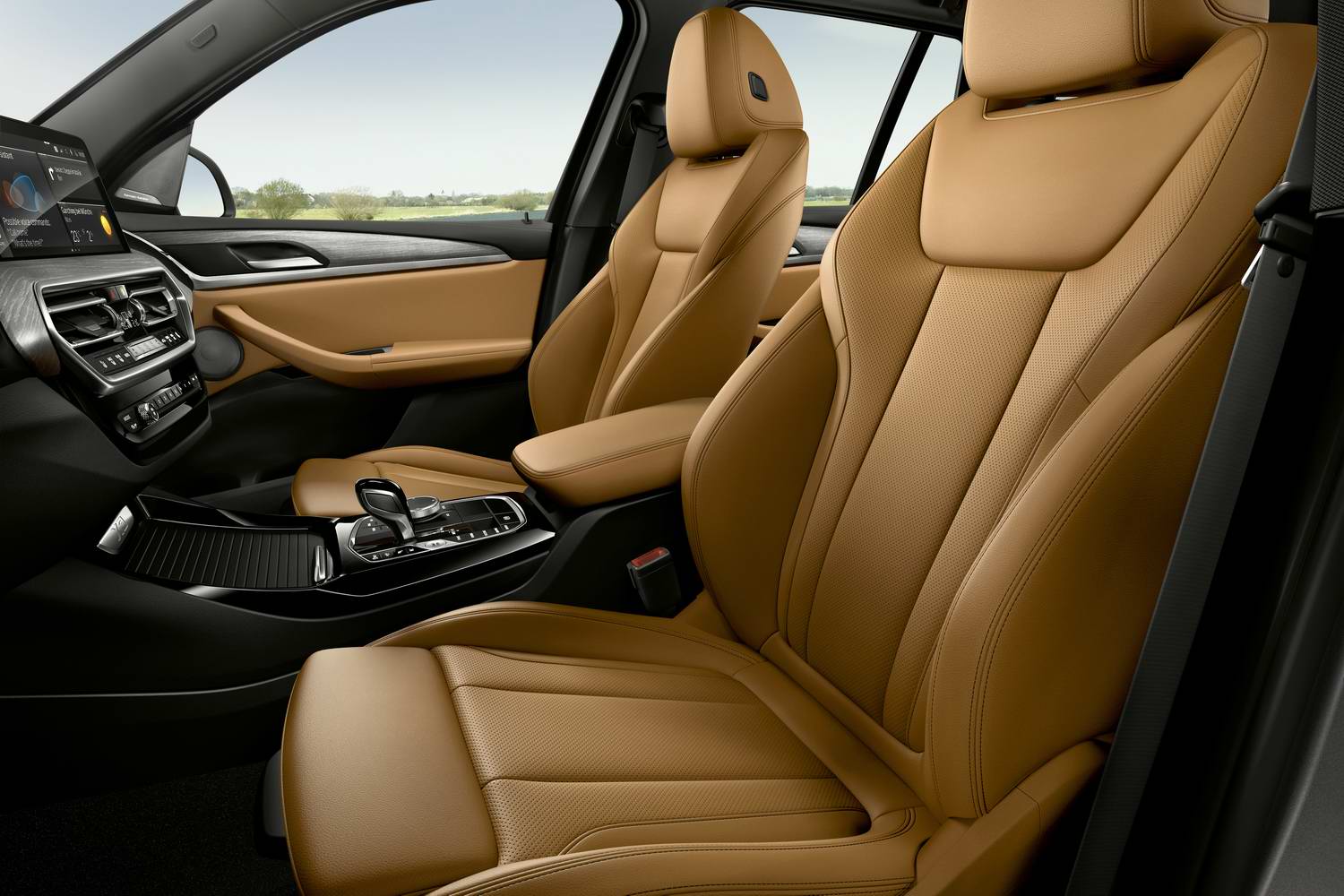 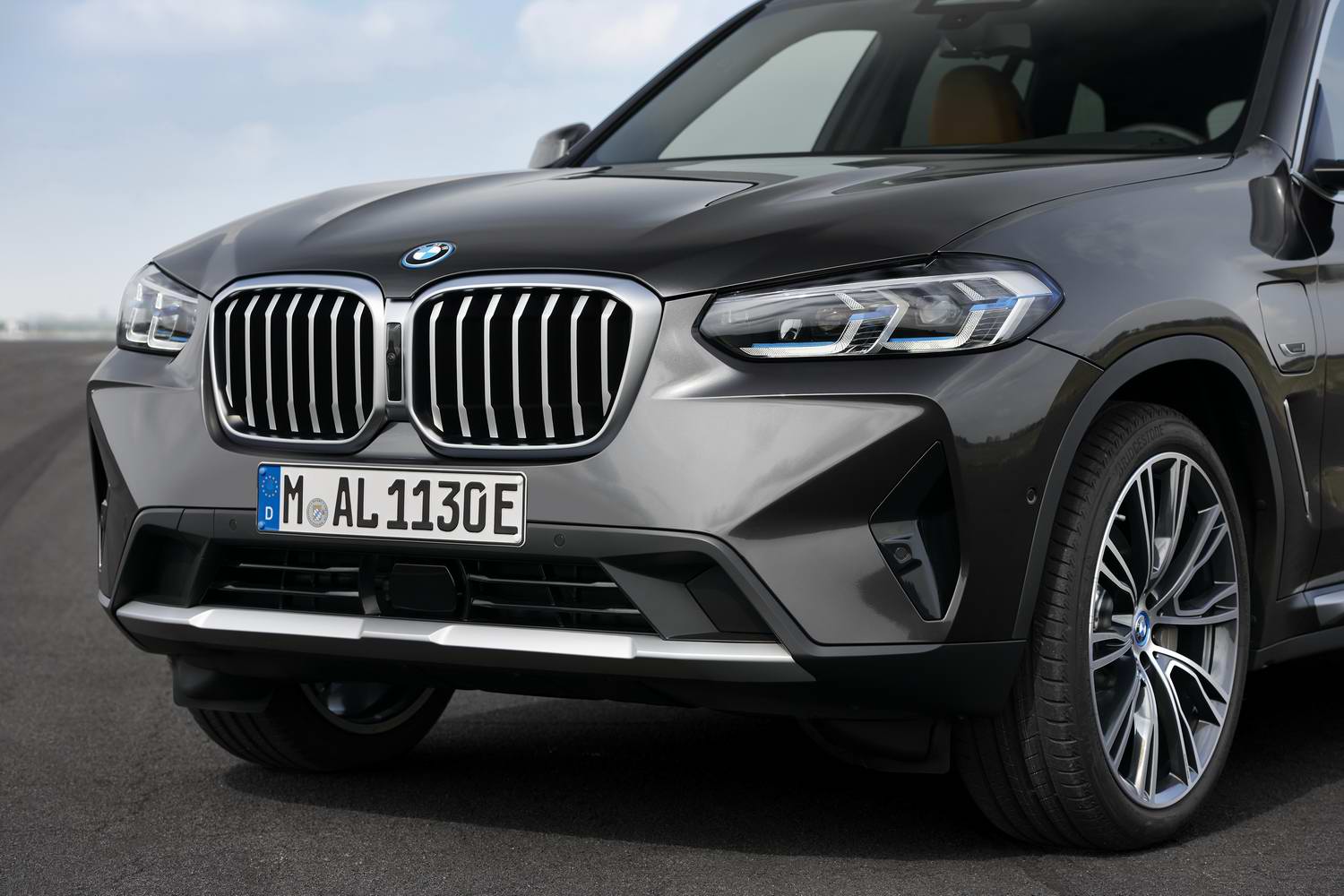 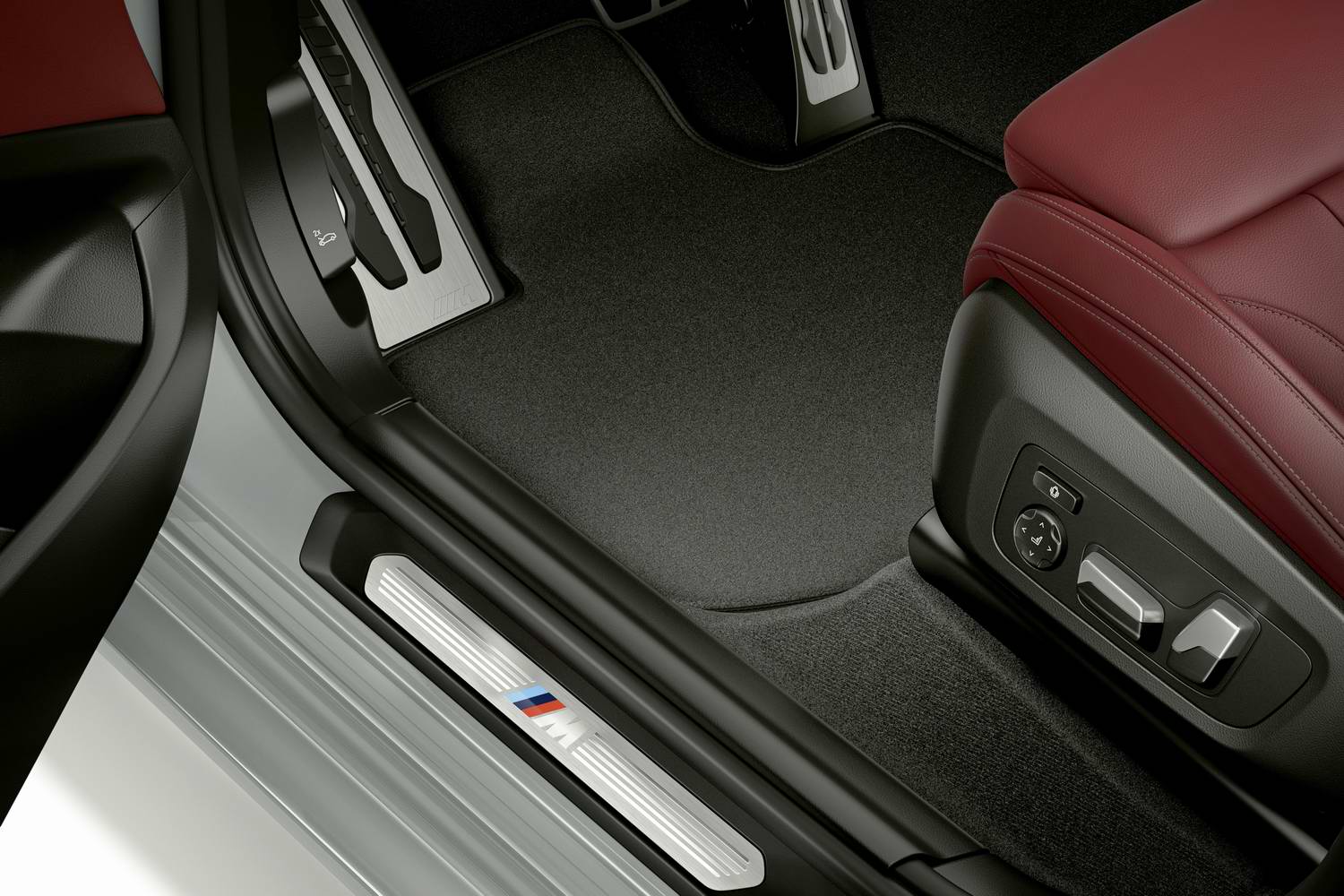 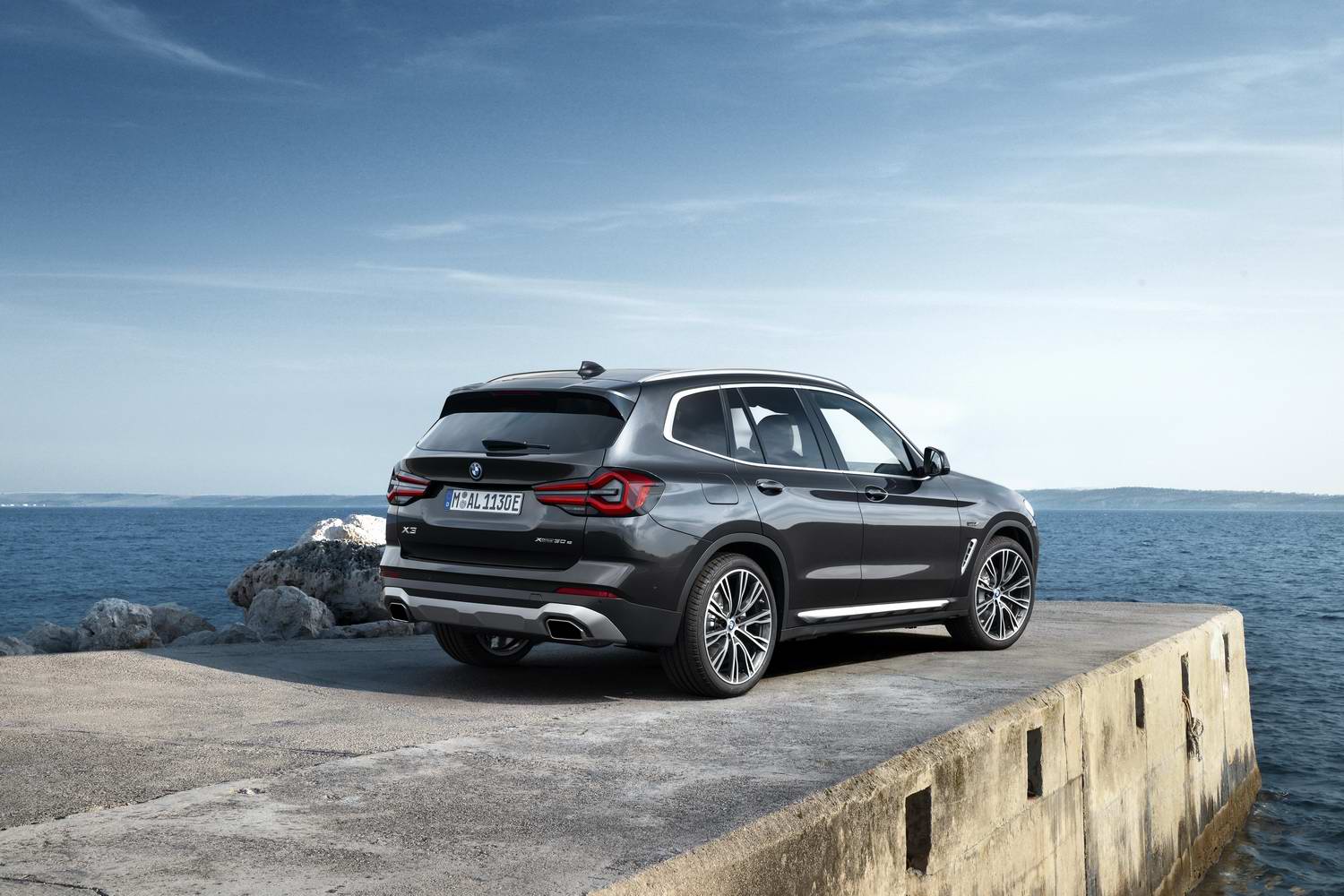 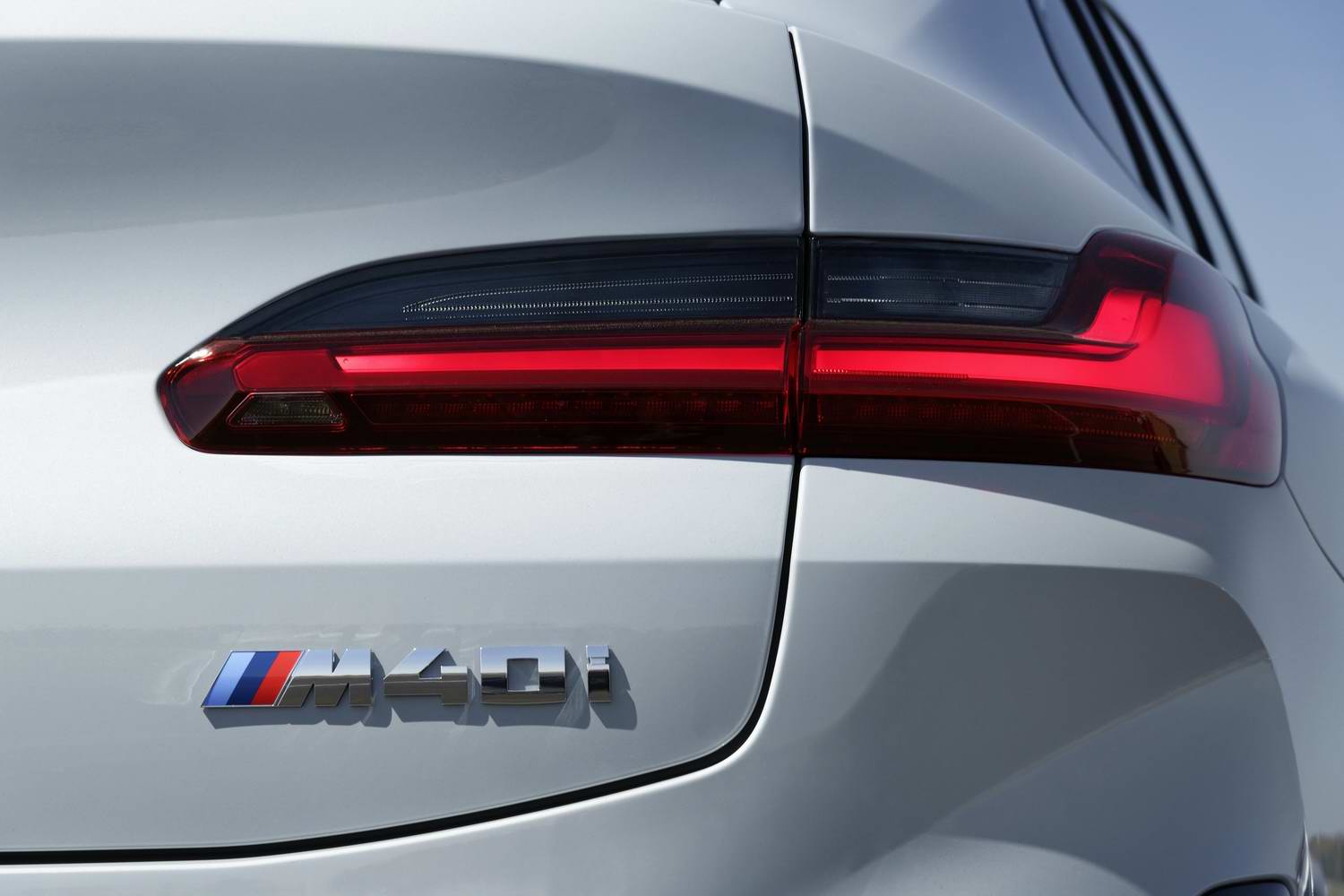 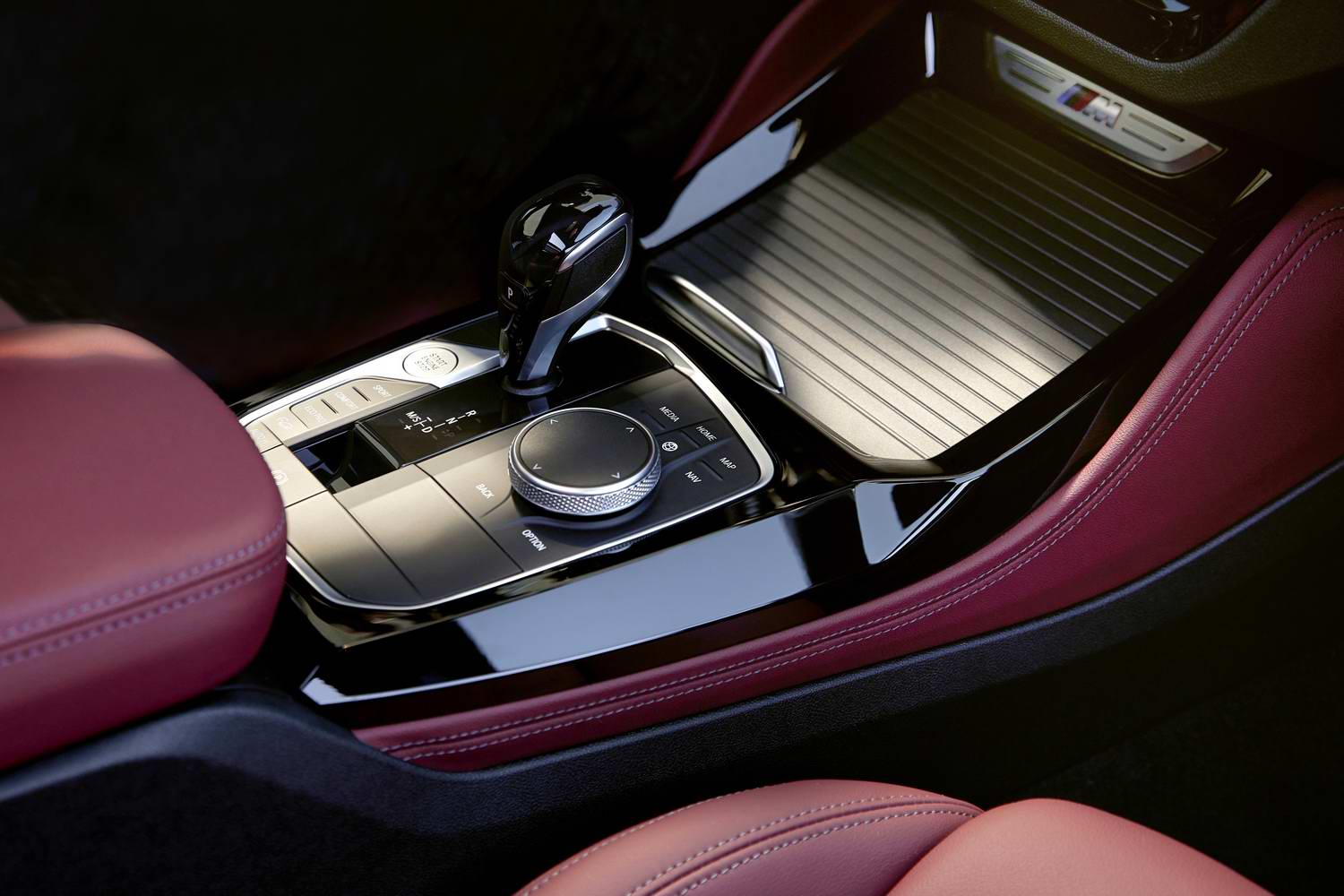 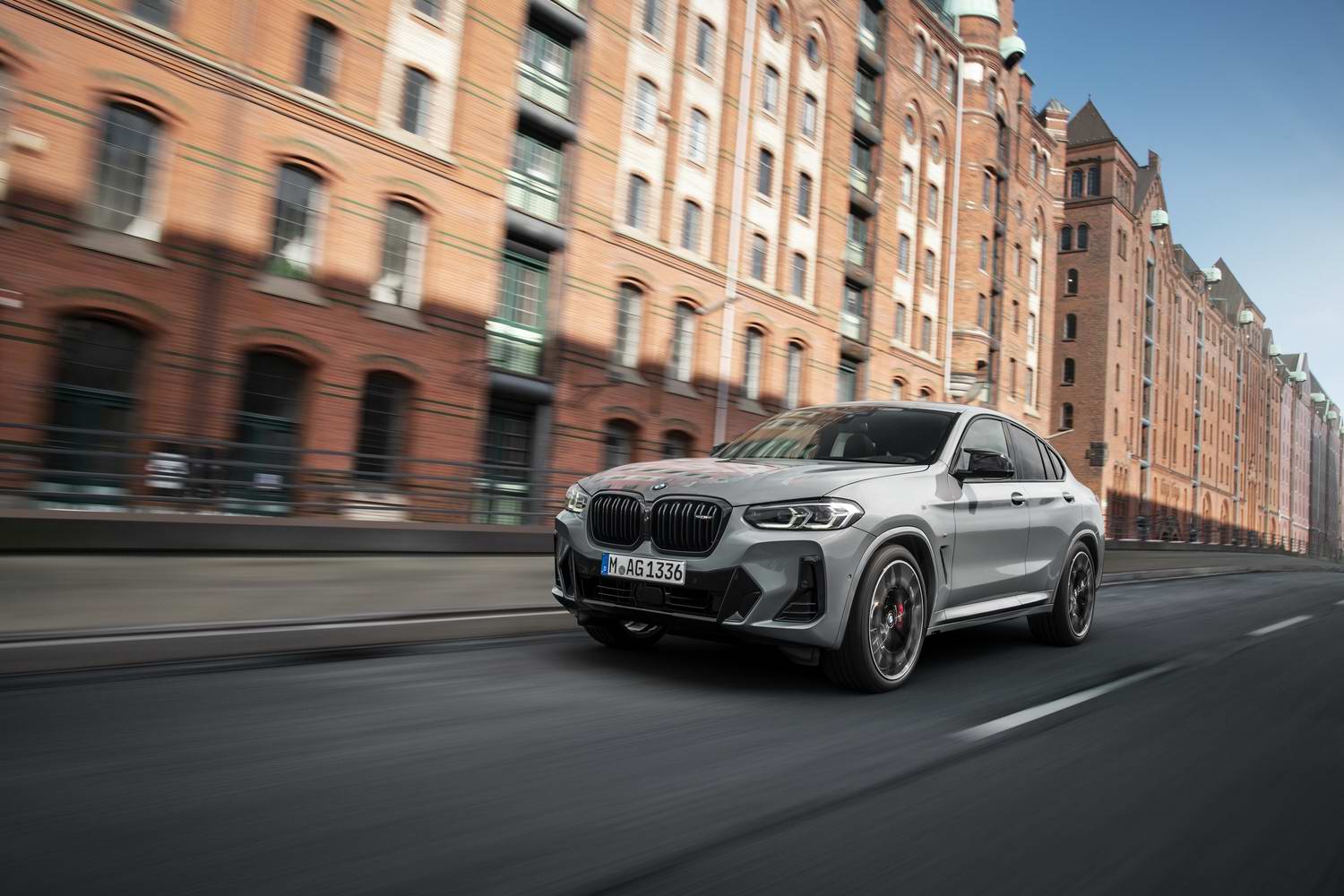 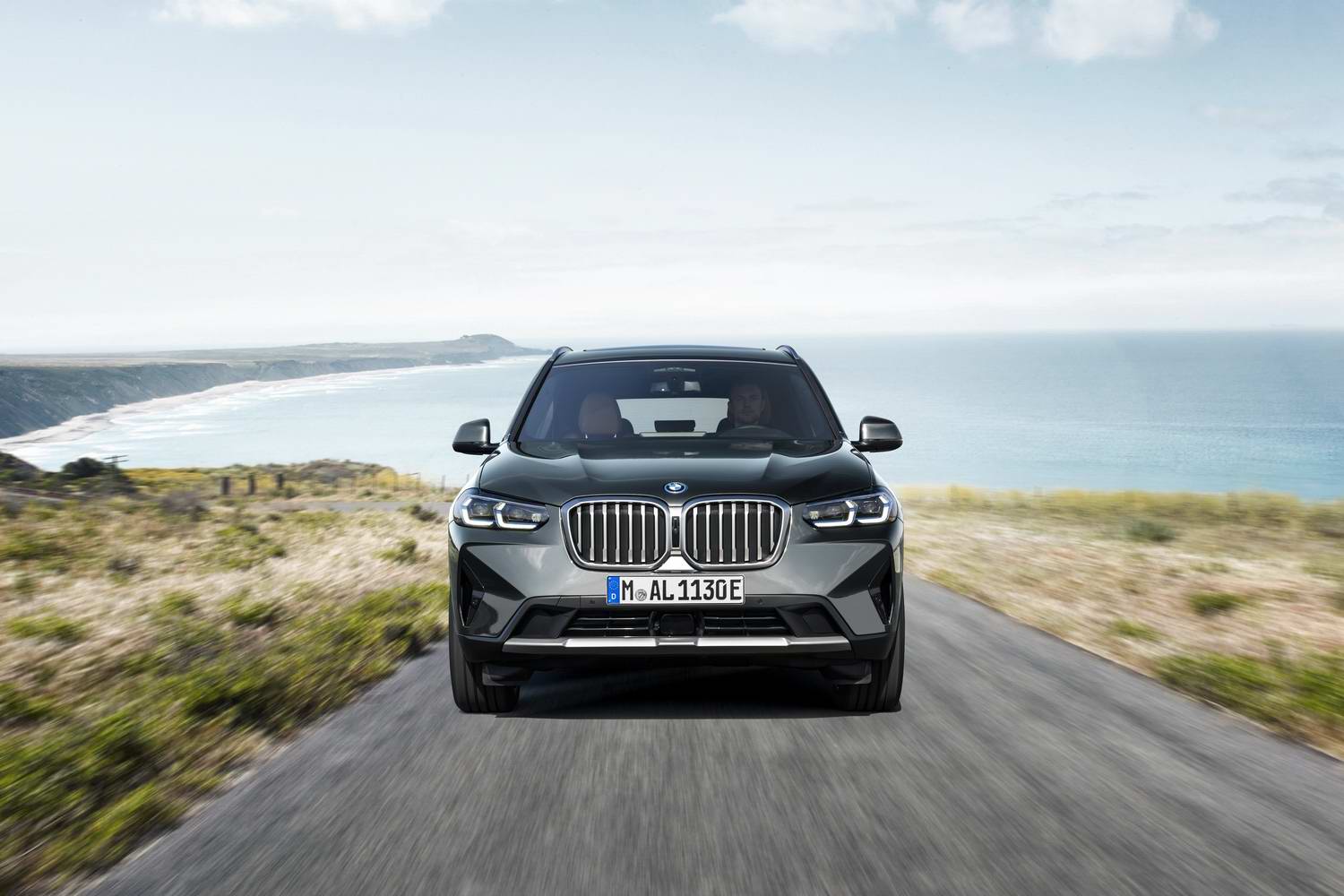 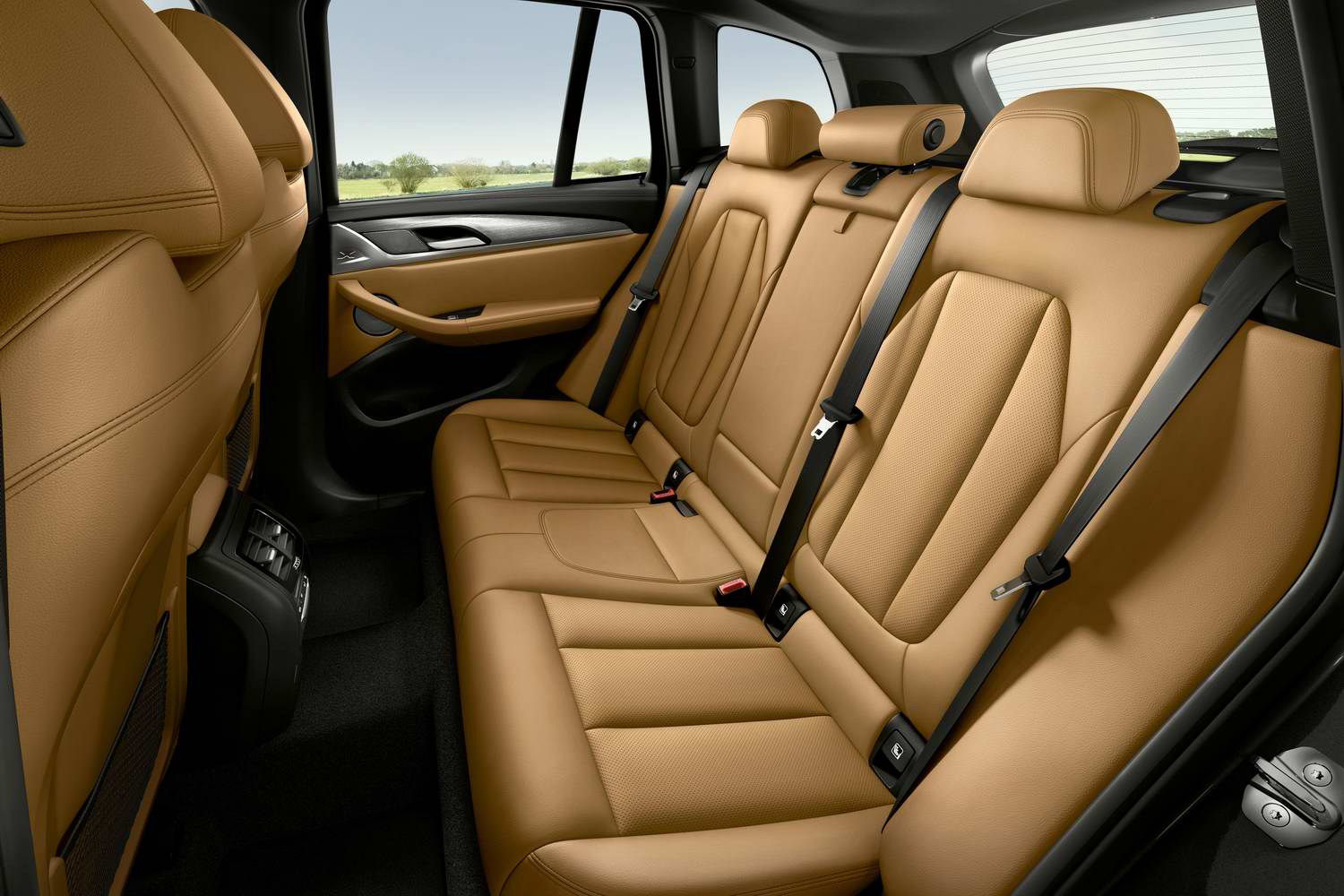 BMW Ireland has just released details of a significant round of updates to the X3 and X4 SUVs (or SAVs - Sports Activity Vehicles, as their maker prefers to call them), which Irish buyers will be able to get their hands on later this year.

Mild-hybrid power across the range

The biggest news, on the engineering front, is that all engines in the BMW X3 and X4 line-up will now come with 48-volt mild-hybrid power, in addition to the existing xDrive30e plug-in hybrid model. All three of the X3's and X4's diesel engines were switched over to mild-hybrid power as 2020 came to a close, and now all of the petrol units are getting the same treatment.

The tech includes a 48-volt starter/generator and an extra battery, which gives both cars more opportunities to scavenge electric energy from braking. Switch into Sport mode, and the brake energy recuperation kicks up a notch, almost giving you one-pedal driving at low speeds. The 48-volt system can also support and feed power to the regular 12-volt system, which helps take the strain off the engine, and which helps a little with fuel economy and emissions. There's also an 11hp power boost from the starter/generator under hard acceleration.

The 48-volt mild-hybrid system also works the stop-start system harder around town, shutting down the engine once the speed drops below 15km/h, and restarting it much more quickly than a 12-volt system ever could. There's also a 'gliding' coasting system, which allows you to automatically go engine-off under light throttle openings at speeds of between 25- and 160km/h.

All engines in the X3 and X4 come as standard with an eight-speed automatic gearbox, and xDrive four-wheel drive, which BMW says has been improved by making it lighter and lowering the internal friction of the components.

The suspension setup is the same as before, with speed sensitive power steering and optional adaptive dampers. The M40i models get specially-tweaked springs, dampers and steering. BMW has also tweaked the cars' aero packs a little, and managed to score a drag co-efficient of 0.29. Not bad for a tall SUV, sorry SAV.

The electronic safety systems of both the X3 and X4 have been upgraded, and now both cars feature the new Driving Assistant Professional system as an option. This includes a new sensor suite, and has extended abilities to help guide the cars in their lanes on main roads and motorways, and to keep them a safe distance from the car in front when using the radar-guided cruise control.

Safety gizmos include lane change and lane departure warning functions with lane return guidance, rear cross-traffic alert and the traffic sign detection function that now has speed limit info and a 'No Passing Indicator.' If an imminent rear-end collision is detected, it also warns following traffic by activating the hazard flashers in double frequency. Meanwhile, the active cruise control works at speeds of up to 210km/h and can take over control of braking to a stop in low-speed traffic. The automated emergency braking now has a system that can stop you turning across oncoming traffic in a junction, while the emergency steering assistance now reacts to pedestrians and cyclists, too.

The parking assistant system now has a new 'reverse assistant,' which can help you more precisely retrace your steps in reverse. Oh, and there's also a new BMW Drive Recorder, which takes a burst of film from the car's surround view cameras in the event of an incident, or it can be used to record a particularly stunning part of your journey.

Inside, there's an update for the infotainment system that now includes at minimum a 10.25-inch central screen. The package also includes a multimedia and navigation system, two USB ports for data transfer and a WLAN internet interface. Needless to say, there's a full suite of connected services, too. Optionally, you can upgrade to a full 12.3-inch digital instrument cluster, a larger 12.3-inch central infotainment screen and a head-up display.

There's a new cloud-based navigation system, which can help you track down a parking space at your destination, and full connection for mobile phone systems such as Android Auto, Apple CarPlay and WhatsApp. There are also connections for Amazon Alexa or Google Assistant digital voice assistants, as well as an integral 'Hey, BMW' digital voice assistant.

The whole thing runs on the BMW Operating System 7, which can be updated over the air through a built-in SIM card. That also gives you a connection to the MyBMW phone app, which can - depending on your chosen options - provide information on the vehicle's status and also enables remote access functions such as vehicle location, locking and unlocking the doors and recording the vehicle's surroundings.

Other interior changes include updated climate control and audio control panels, and a redesigned centre console that looks more like that used in the 3 Series and 5 Series saloons. As standard, both the X3 and X4 get 'Sensatec' man-made leather (vegan-friendly, folks), but you can upgrade to richer Vernasca or Merino leather (from an actual cow), which can also be perforated for seat ventilation.

There are also new cabin trims, including aluminium, high-gloss oak and a new open-pore ash material, plus carbon-fibre options for those who fancy something a little sportier. The ambient lighting system includes new functions, such as flashing red if you've left a door open, while there's also an air ionisation option with - yes - a choice of scents.

You'll notice that we've left the exterior styling section until last - that's because neither car looks remarkably different. There is a new grille, which, although still featuring the two classic kidneys, is a little flatter on top, and is now a one-piece item. The headlights are also a little slimmer and flatter, and now come with full LED tech as standard, with BMW's retina-searing Laser Lights as an option - those get an anti-dazzle function and can throw a high-beam for up to 650 metres.

The front bumper and air intakes have been redesigned, too, while the window surrounds are - as standard - now in a satin-finished aluminium. The rear LED brake lights now get a subtle black trim surround, while the rear hatch has been lightly redesigned. X3s get standard 18-inch alloys, and can optionally have the 19-inch 'BMW aerodynamic wheel 842 in Jet Black Bicolor,' which was previously only available on the all-electric iX3. Go for an M Sport model and you can jack those wheel sizes up to 20- or even 21 inches in diameter. The M40i and M40d versions get 20-inch rims as standard, with 21s as an option, while M Sport models get a specific grille treatment.

X4 models get a special mesh version of the kidney grille, while as standard you also get the 'Matrix' versions of the LED headlights. The front and rear bumpers and aero package for the X4 are all new, while the X4 also get its own unique colour option - Piedmont Red, which you can't have on an X3.

You can have the X3 (or an X4) in Alpine White, Black, Skyscraper Grey (that's a new one), Sophisto Grey Brilliant Effect, Mineral White, Phytonic Blue or Black Sapphire. From the M Sport package upwards, the new M Brooklyn Grey metallic is available, and there are two new colours - Aventurine Red and Tanzanite Blue - from the BMW Individual range. There's also an optional matt finish called Frozen Deep Grey, and BMW says that more colour and trim options will be added in due course.

The updated BMW X3 and X4 go on sale in Ireland early this autumn.