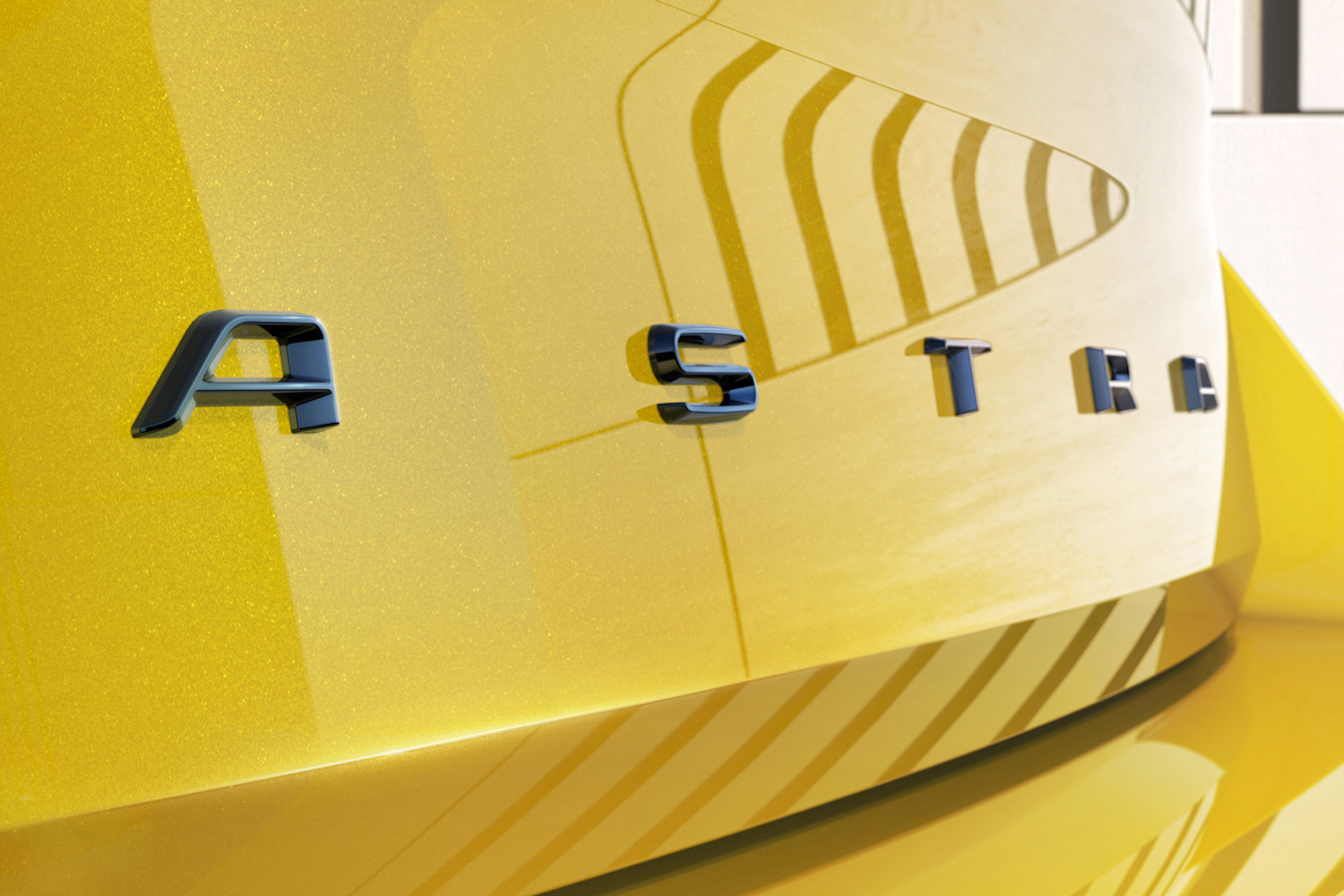 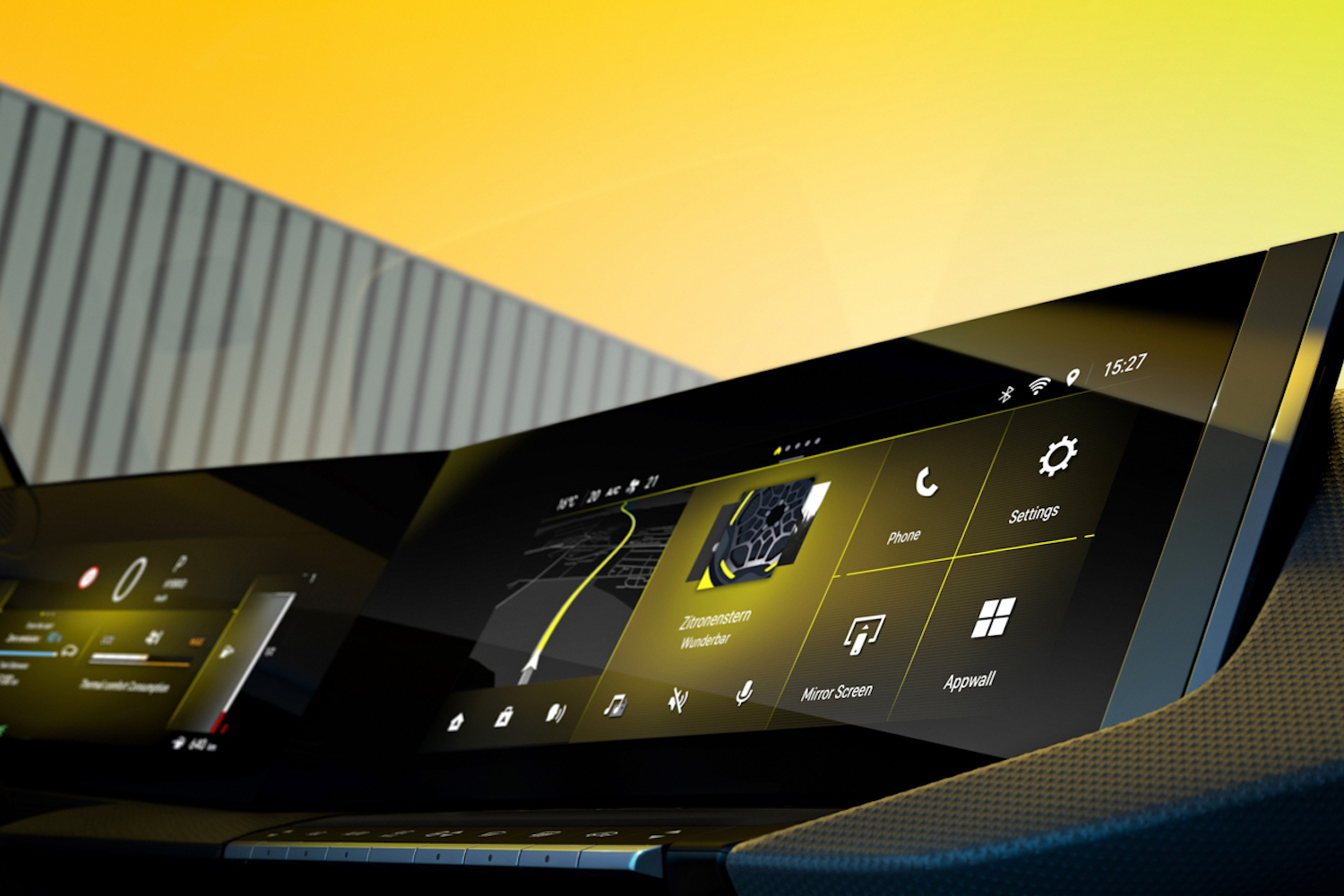 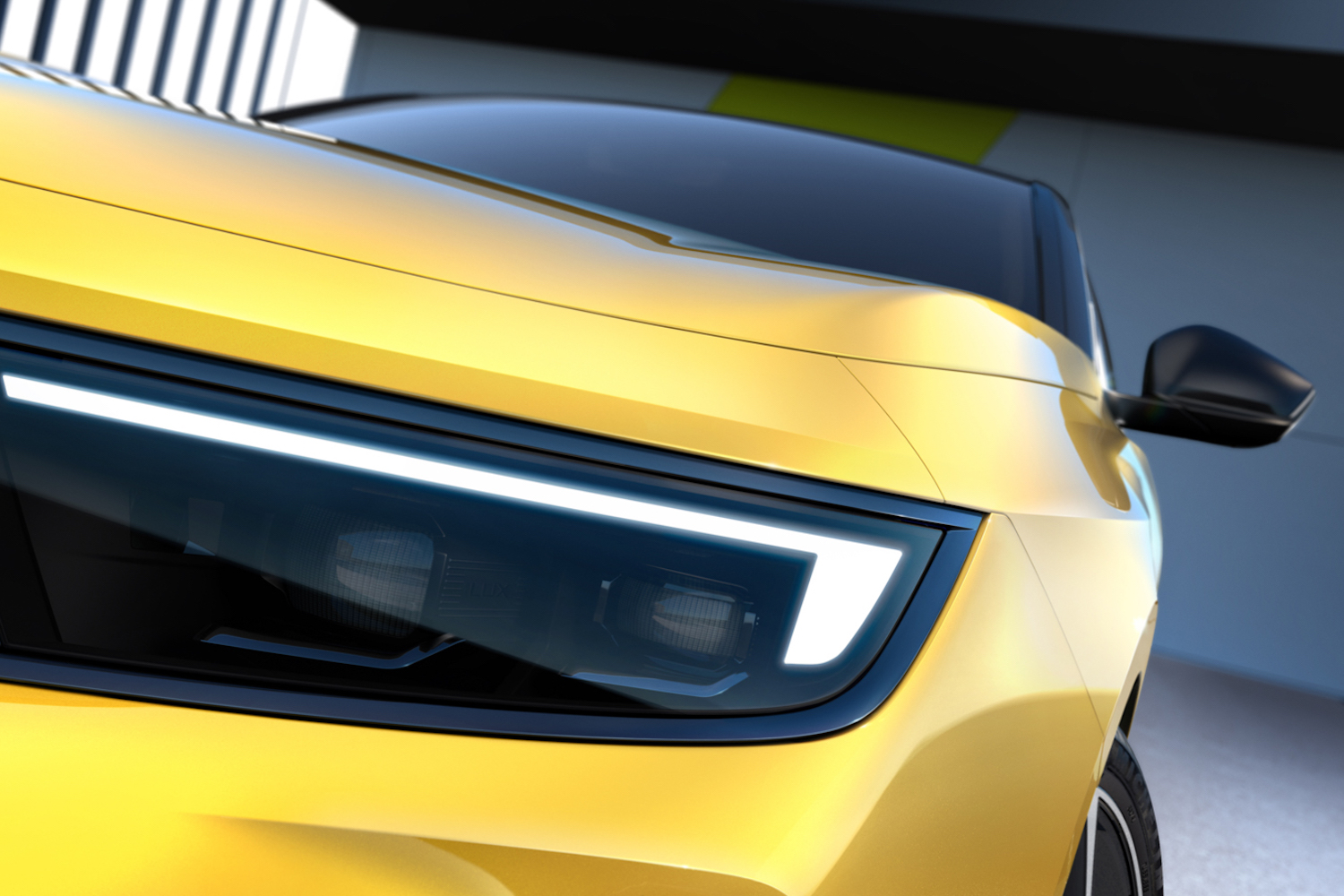 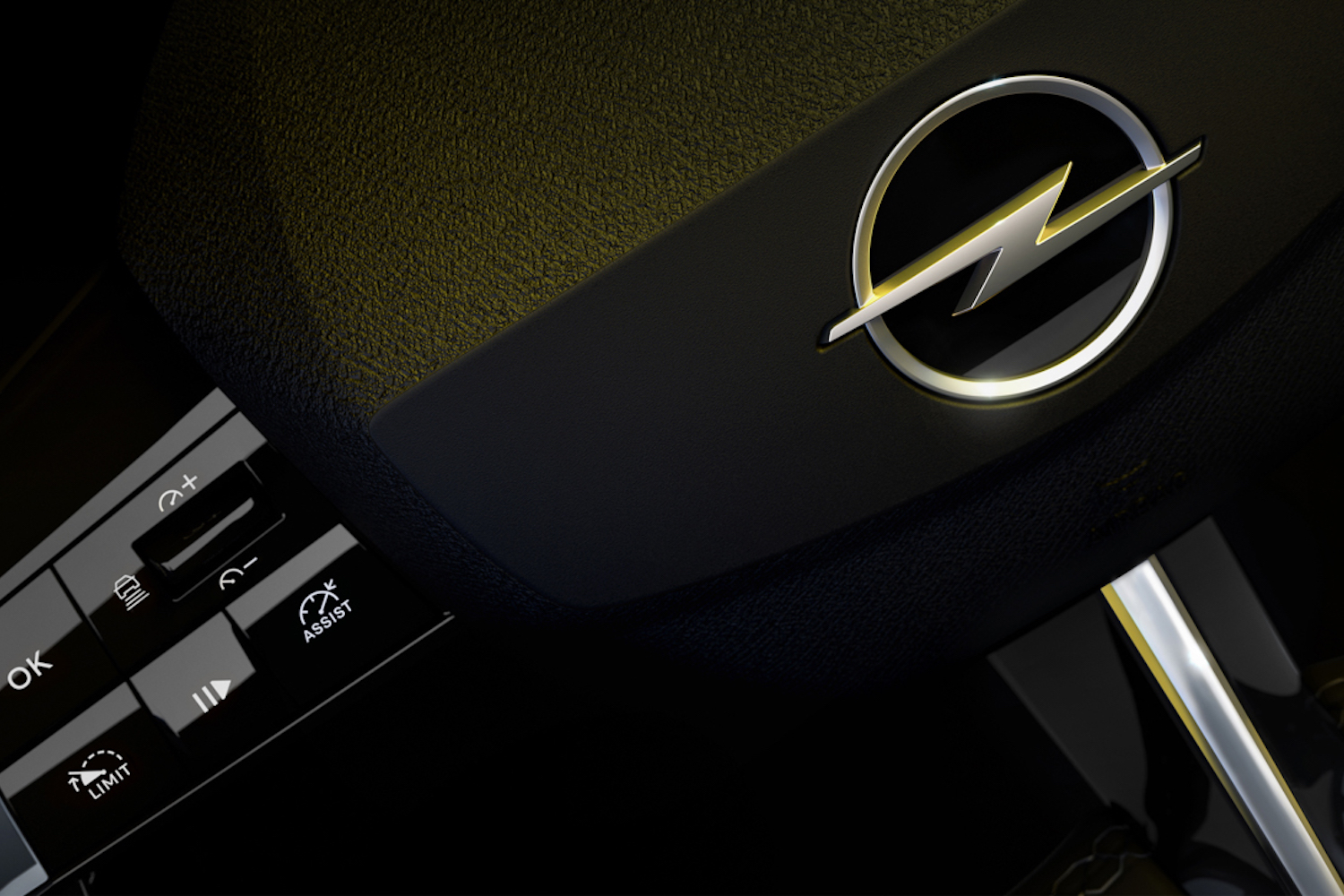 Remember that achingly cool electric Opel Manta concept from a week or two ago? Well, sadly, it may not be going into production, but the new Astra hatchback is, and judging from these teaser pics, it looks very much like the Manta has been something of a styling inspiration for the new Astra.

Well, certainly a colour inspiration - these pics don't show much, but they do clearly show that the new Astra will be at least initially shown off in the same acid yellow paint that decked out that electric Manta Concept. The headlights are almost identical too, but the Manta can't take full credit for those - they're lifted from the Mokka small crossover.

The rear of the car (what we can see of it anyway) seems to be a bit of a Mokka lift too, with the Astra name spelled out across the boot lid in chrome letters.

Influence from the Mokka

The shot of the interior shows off more Mokka-influence, as the Astra gets the same dual-screen cockpit layout, with digital instruments in front of the driver, and a large touchscreen and the graphics look a little bit richer and more impressive than those used so far by the Mokka, so clearly someone at Opel has been on a coding course in the intervening months.

Now, we have no official word on what the new Astra's engine lineup might be, but being as it will platform share with the new Peugeot 308, we can take a guess. A base of 1.2 turbo petrols and 1.5 diesels seems a given, as is a brace of plug-in hybrid models, based around the 1.6-litre THP turbo petrol. A standard front-wheel drive PHEV will likely have around 200hp total, and there will probably be a high-powered 290hp four-wheel drive model too, possibly resurrecting the OPC badge (although we'd prefer to see the return of GTE, even though Volkswagen uses that badge now too).

A fully-electric one? In general, the platform the Astra is using isn't set up for full electrification, but Peugeot changed its mind on the new 308 and has committed to a full EV model, so that's likely to be the case for the Astra too.

The Astra will, once again, come as a five-door hatchback and a Sports Tourer estate model, and Opel says that it will be heavily pushing a Germanic 'precision engineering and high attention to detail' marketing line.

"The future Astra will open another exciting new chapter in the 30-year history of our compact class model", says Opel CEO, Michael Lohscheller. "We are confident that the next generation Opel Astra will make a powerful impression and attract many new customers to the brand."