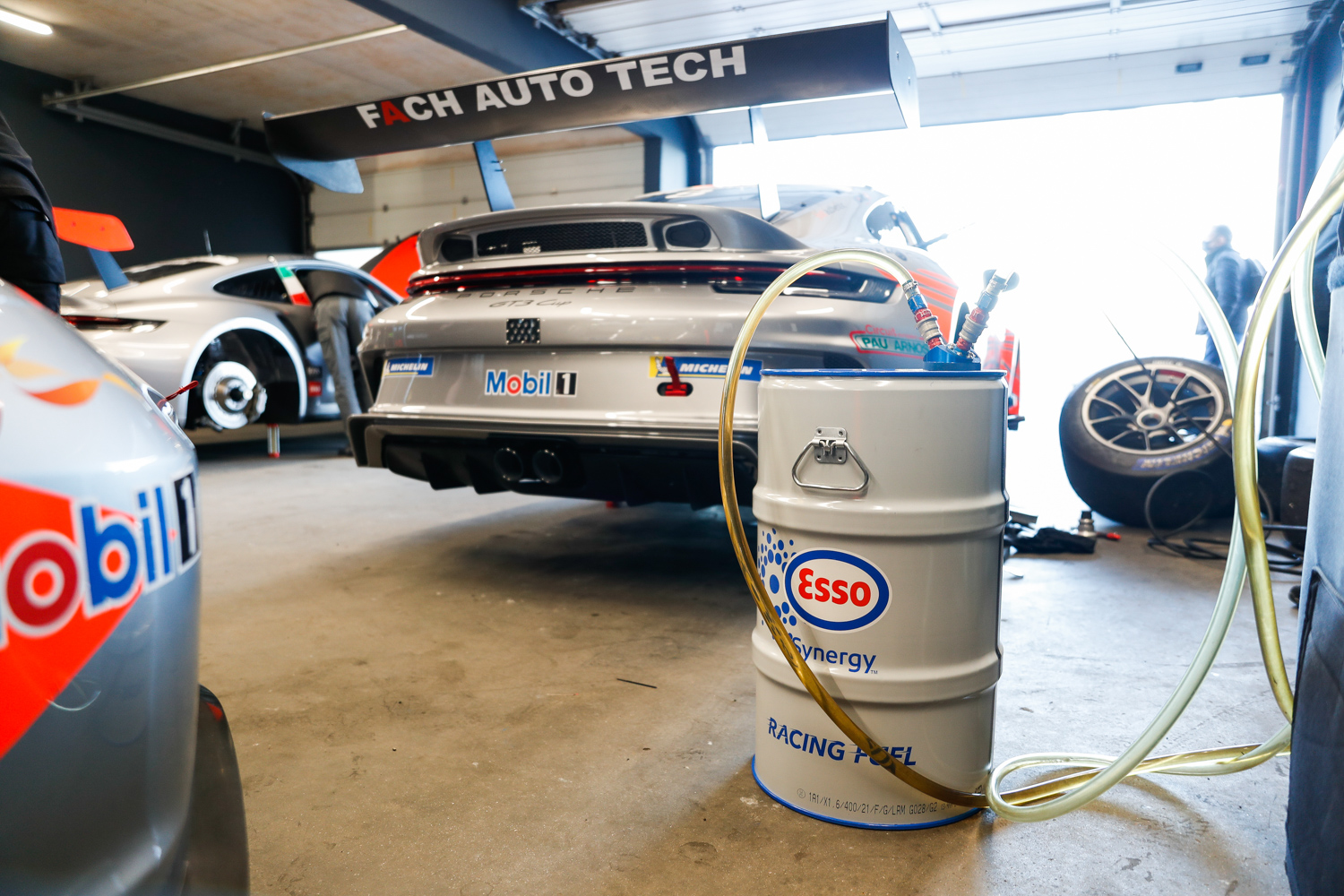 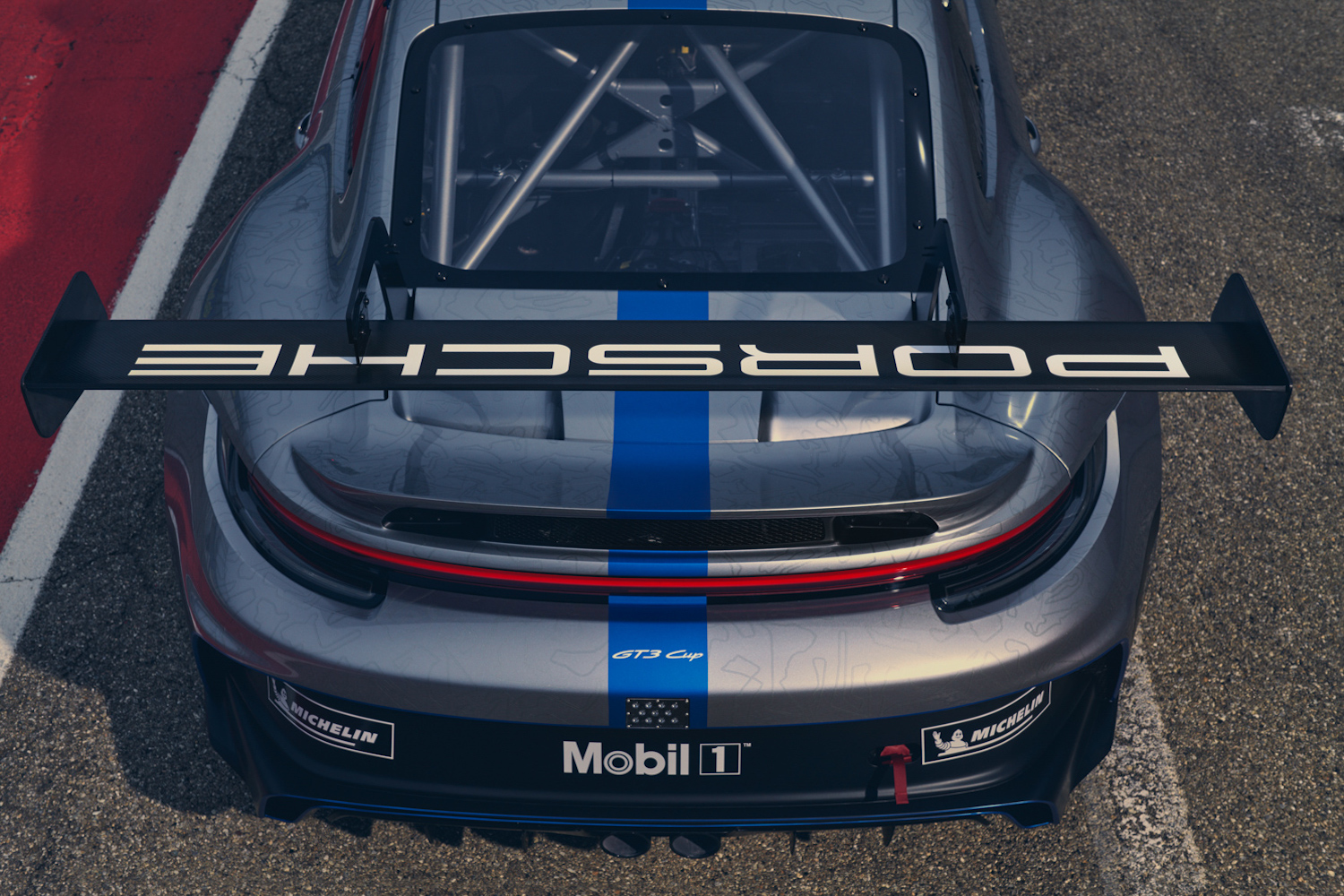 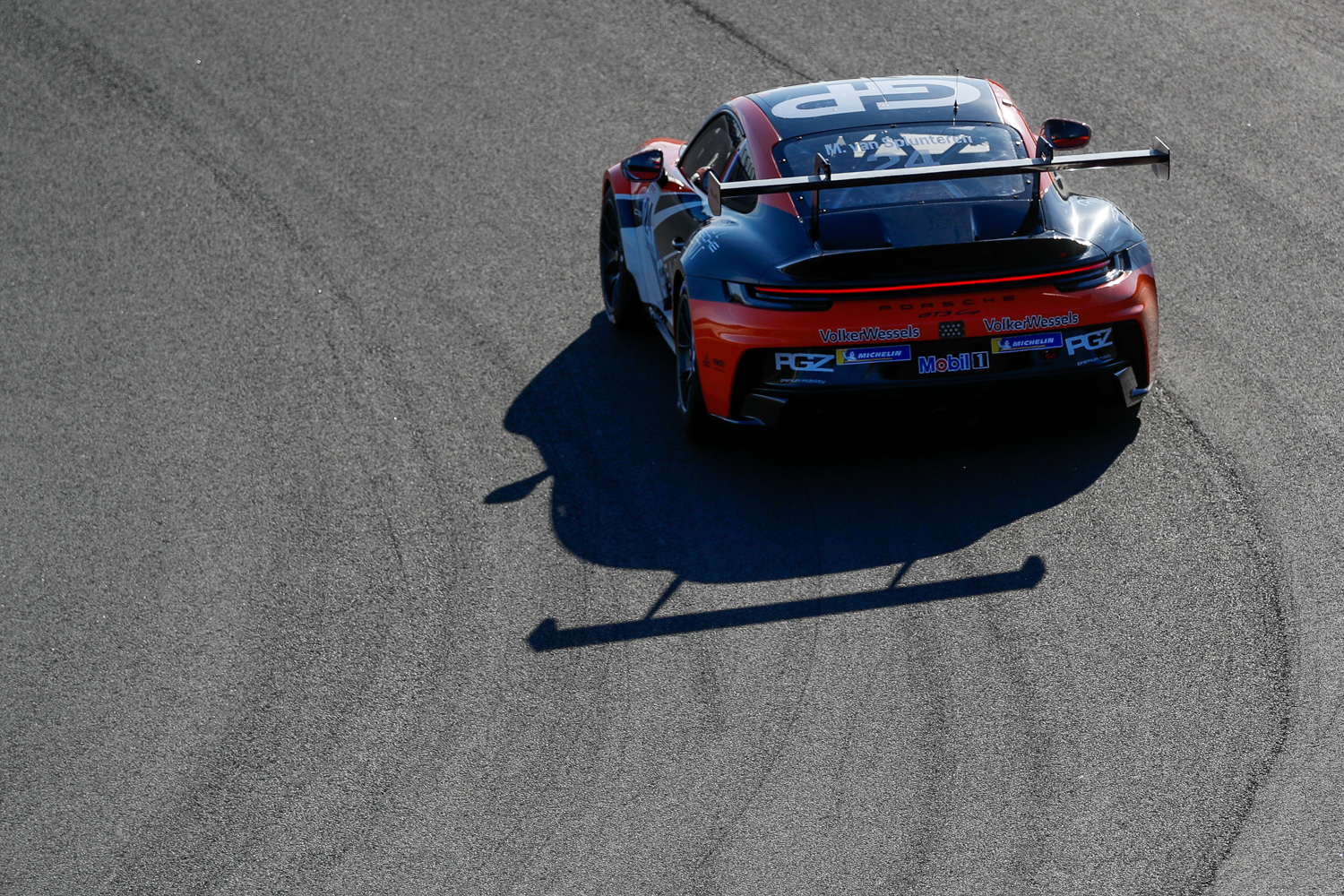 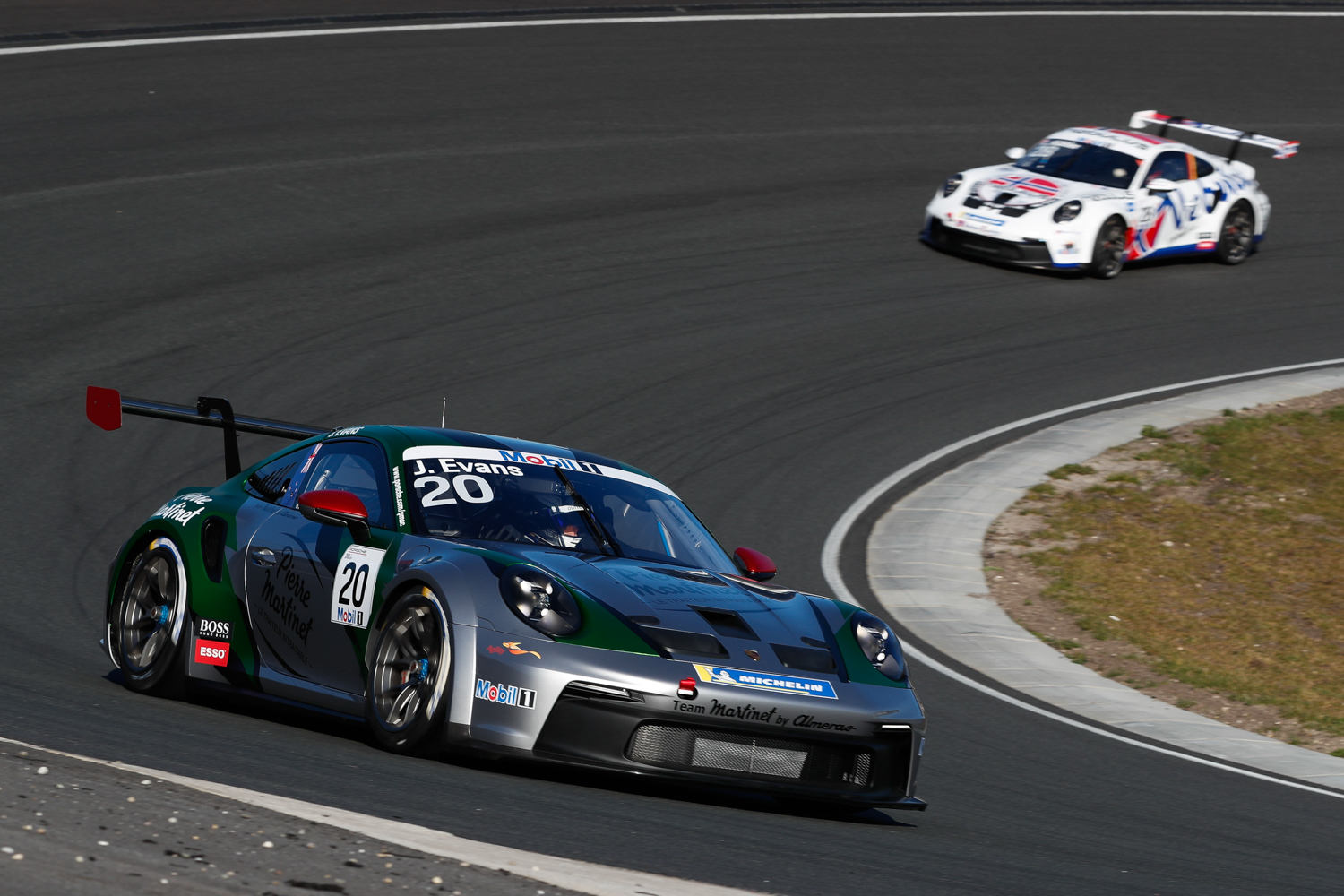 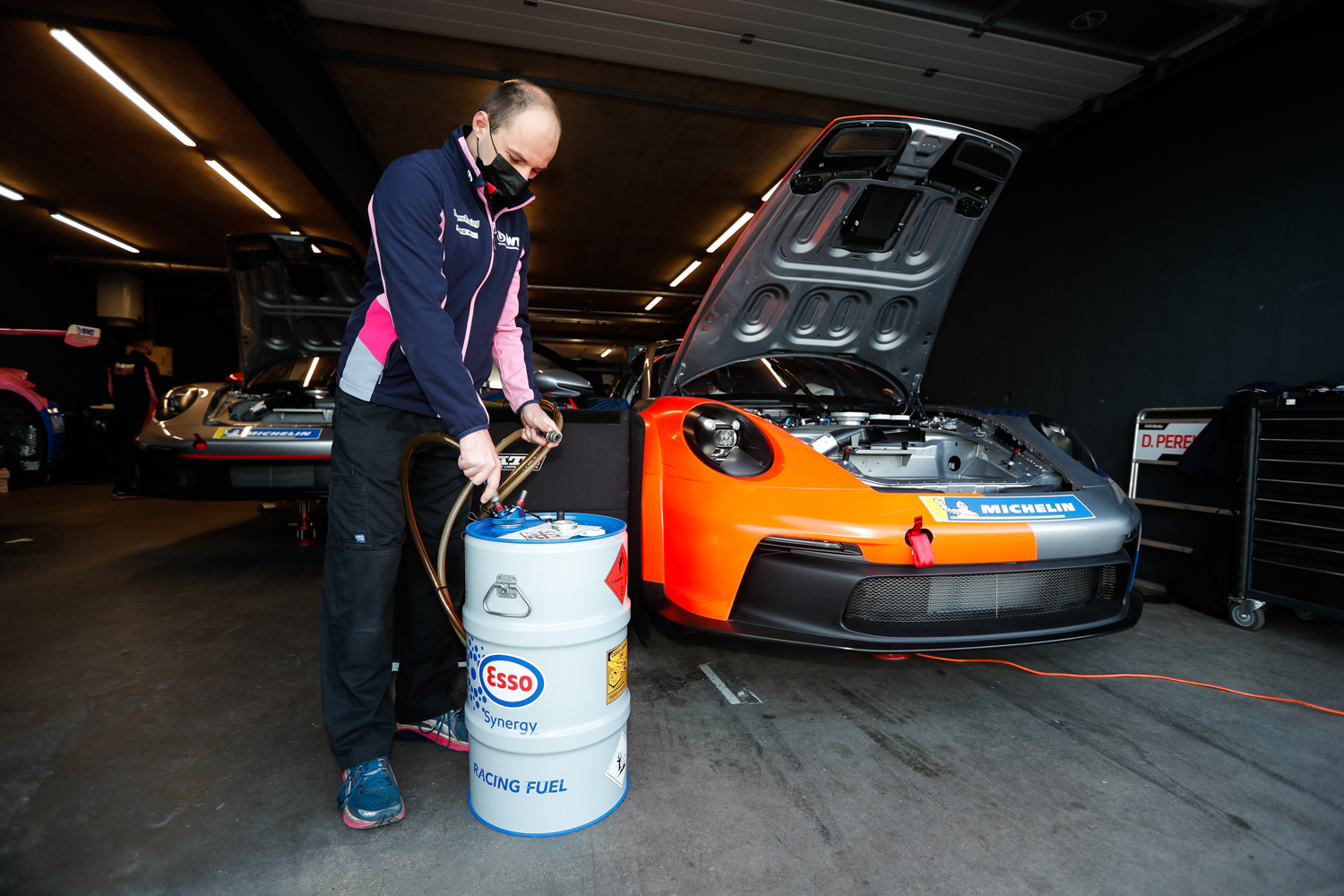 Porsche has confirmed that, working with its long-time motorsports partner ExxonMobil, it will begin testing a new low-carbon liquid 'eFuel' in its Porsche Supercup racing cars.

As well as creating new electric models, such as the Taycan and the forthcoming all-electric Macan, Porsche is working hard in the background on eFuels. The German sports car maker has set up a wind-powered plant in Chile, which extracts hydrogen from seawater, and then combines that with carbon taken from the air to make a synthetic petrol.

Now, that synthetic petrol, or eFuel, is moving out of the lab and onto the race track. Mixed in with more conventional bio-fuels (which are made of alcohol distilled from crops, or from waste food) Esso will be providing eFuels for testing in the 911-based Supercup racing cars. The first tests will take place at the Zandvoort race track in The Netherlands this week.

Porsche seems to be keen on the tech, which has the potential, alongside electric cars, to dramatically reduce the carbon emissions of burning liquid fuel. "The electrification of our vehicles is of highest priority to us," says Michael Steiner, Member of the Executive Board, Research and Development of Porsche. "eFuels are a good complement to our powertrain strategy. They allow our customers to drive cars with conventional combustion engines as well as plug-in hybrids with significantly lower greenhouse gas emissions. The collaboration with ExxonMobil enables us to test the eFuels under demanding conditions on the racing track. This is a further step towards making eFuels an affordable and lower greenhouse gas emission substitute to conventional fuels."

Porsche and Esso reckon that this new Renewable Racing Fuel, which contains a mix of biofuel and the new eFuel, can score a reduction in CO2 emissions of around 85 per cent compared to regular pump petrol, although that has not been independently verified. Apart from the fact that eFuel is made by taking carbon out of the atmosphere, there's also the fact that eFuels are chemically simpler than petrol, so have a cleaner burn.

For the 2021 Porsche Supercup, the cars will be running on Esso biofuel. For 2022, though, Porsche plans to start introducing the new high-tech eFuel, and is preparing to make some 130,000 litres of the stuff for the series. The plan is also to start using eFuels in Porsche's various driver training schools around the world.

"Over the past quarter-century, we have worked together with Porsche to develop high-performance products that support Porsche's vehicle performance on the racetrack and on the road," said Andy Madden, vice president of strategy and planning for ExxonMobil Fuels & Lubricants. "Our continued collaboration on renewable and eFuels is a critical step in assessing the technical capability and commercial viability of fuels that can significantly reduce emissions."

Now, while some will doubtless accuse ExxonMobil of 'greenwashing' with this whole eFuel business (given that the company has been repeatedly named by environmental groups as a major polluter, and not just in terms of CO2) Madden hit back by pointing out that the company plans to invest $3 billion on lower-emission energy solutions through 2025. ExxonMobil also pointed out that it: "Has invested more than $10 billion to research, develop and deploy lower-emission energy solutions, resulting in highly efficient operations that have eliminated or avoided approximately 480 million tonnes of CO2 emission - the equivalent of taking more than 100 million passenger vehicles off the road for a year."