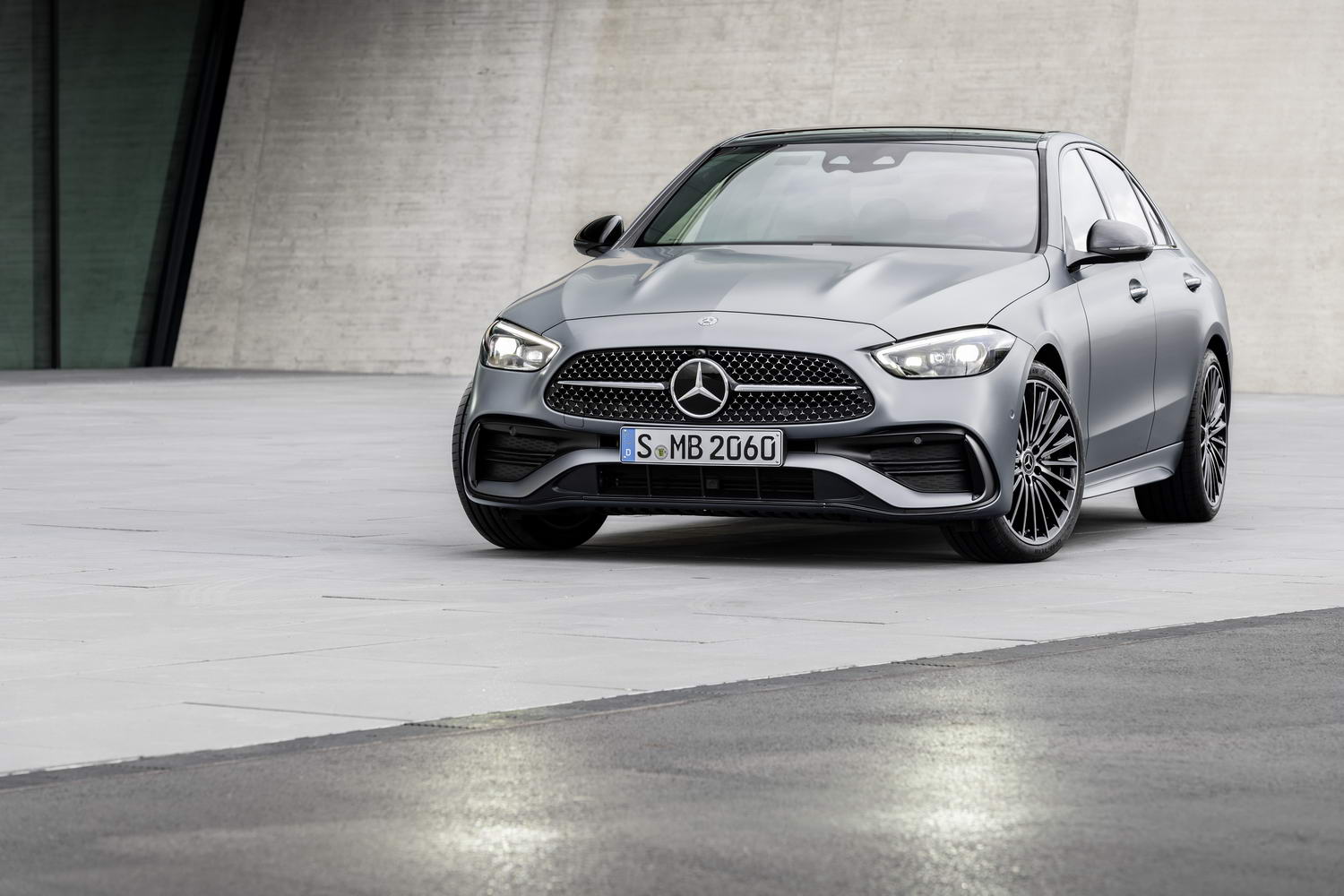 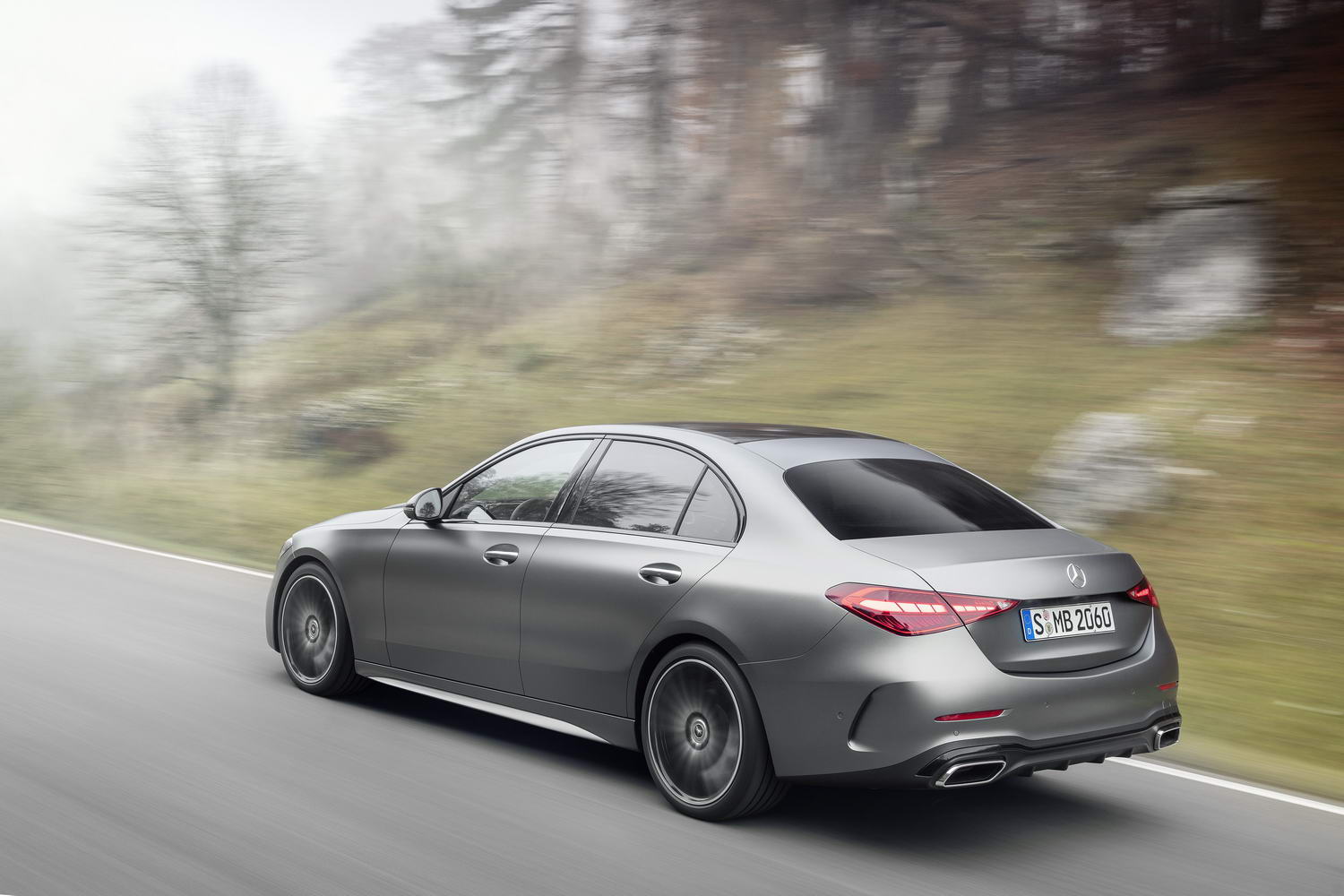 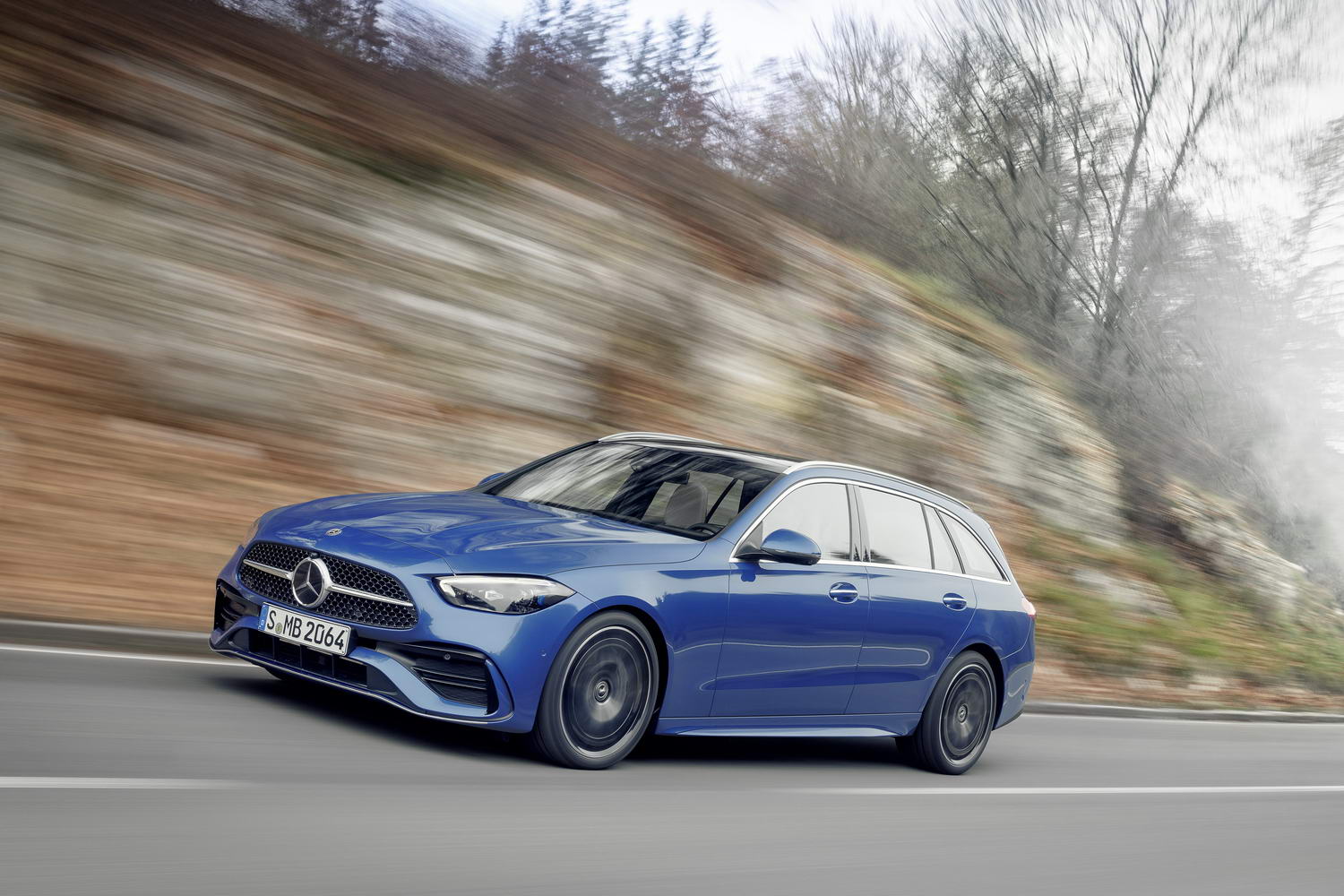 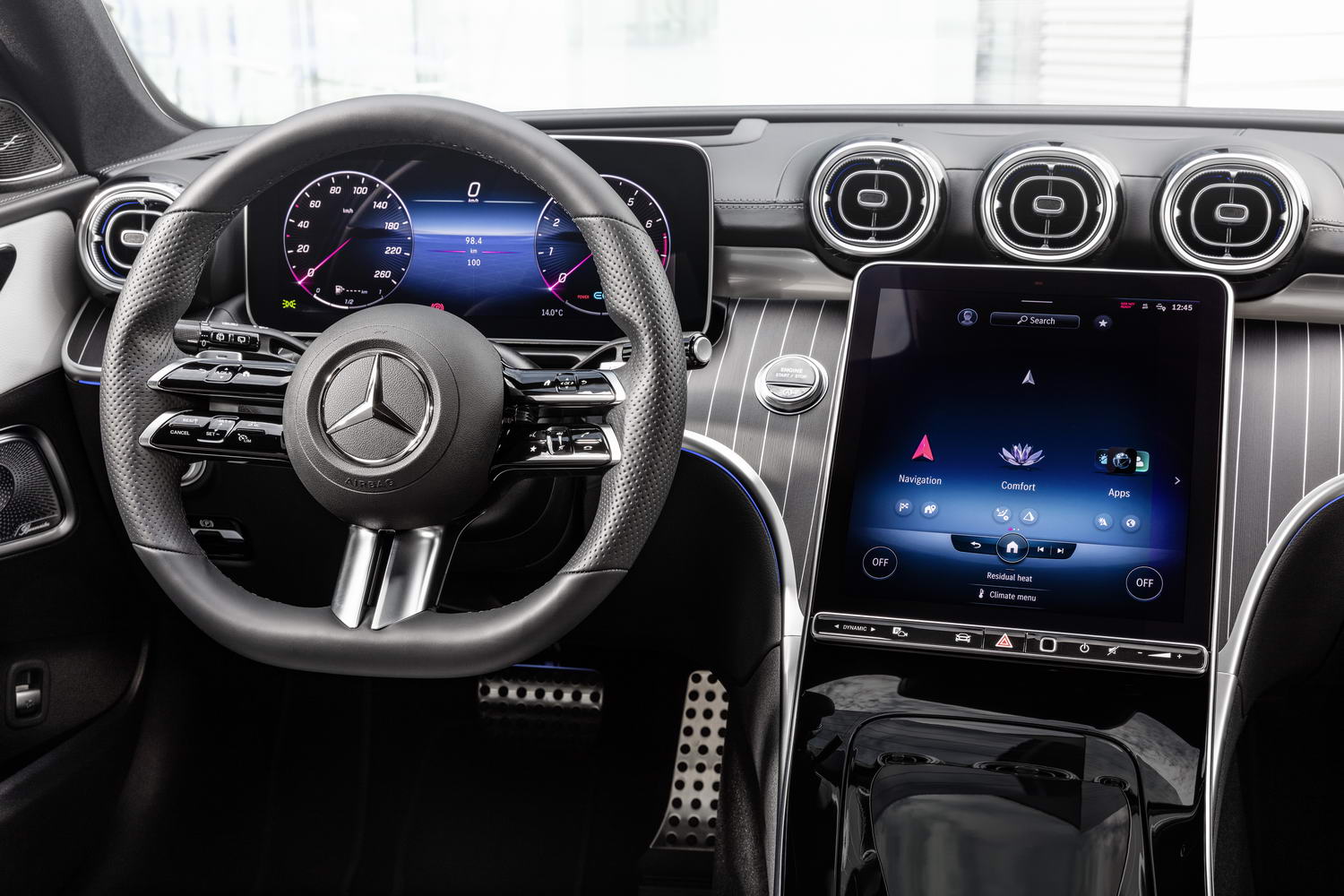 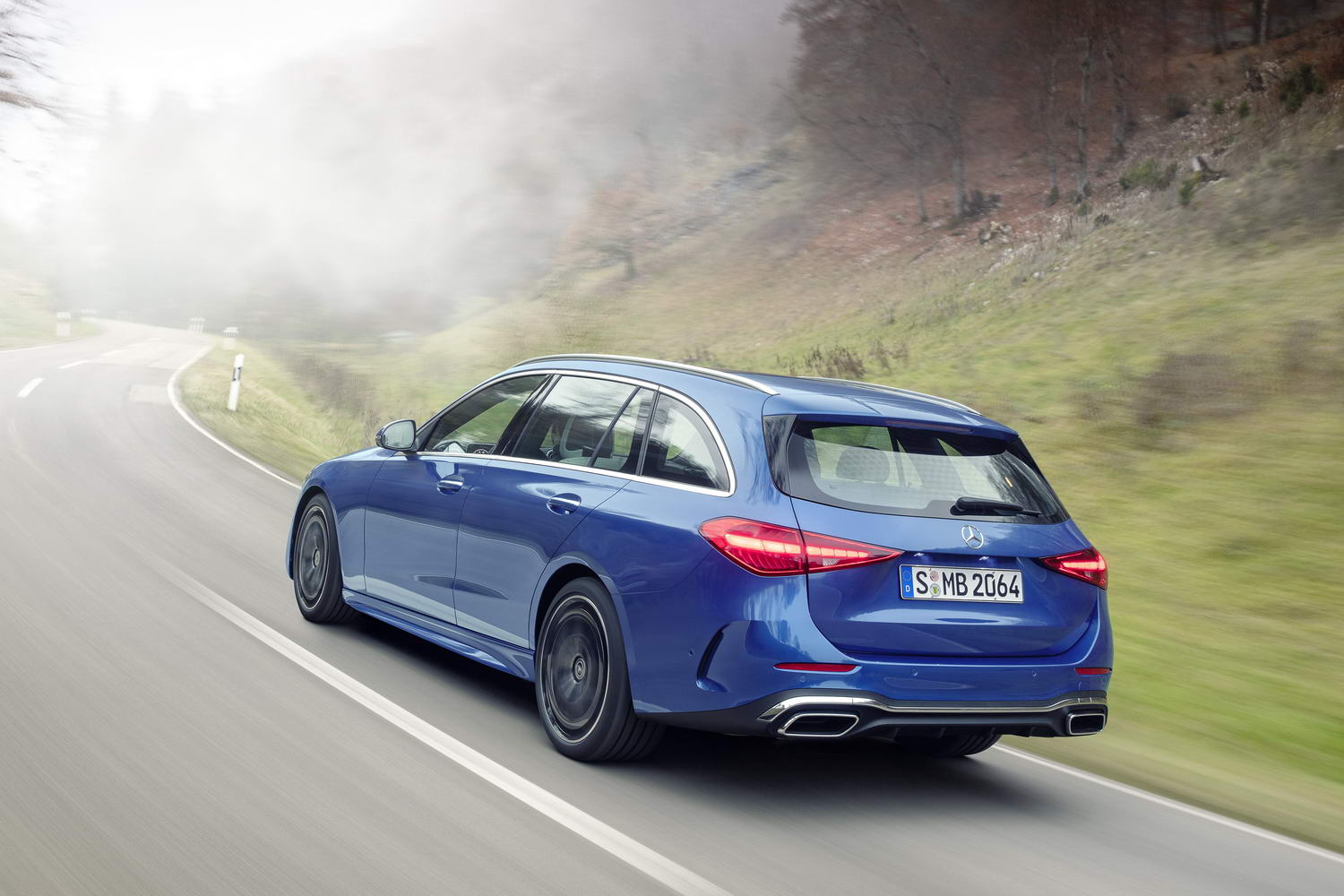 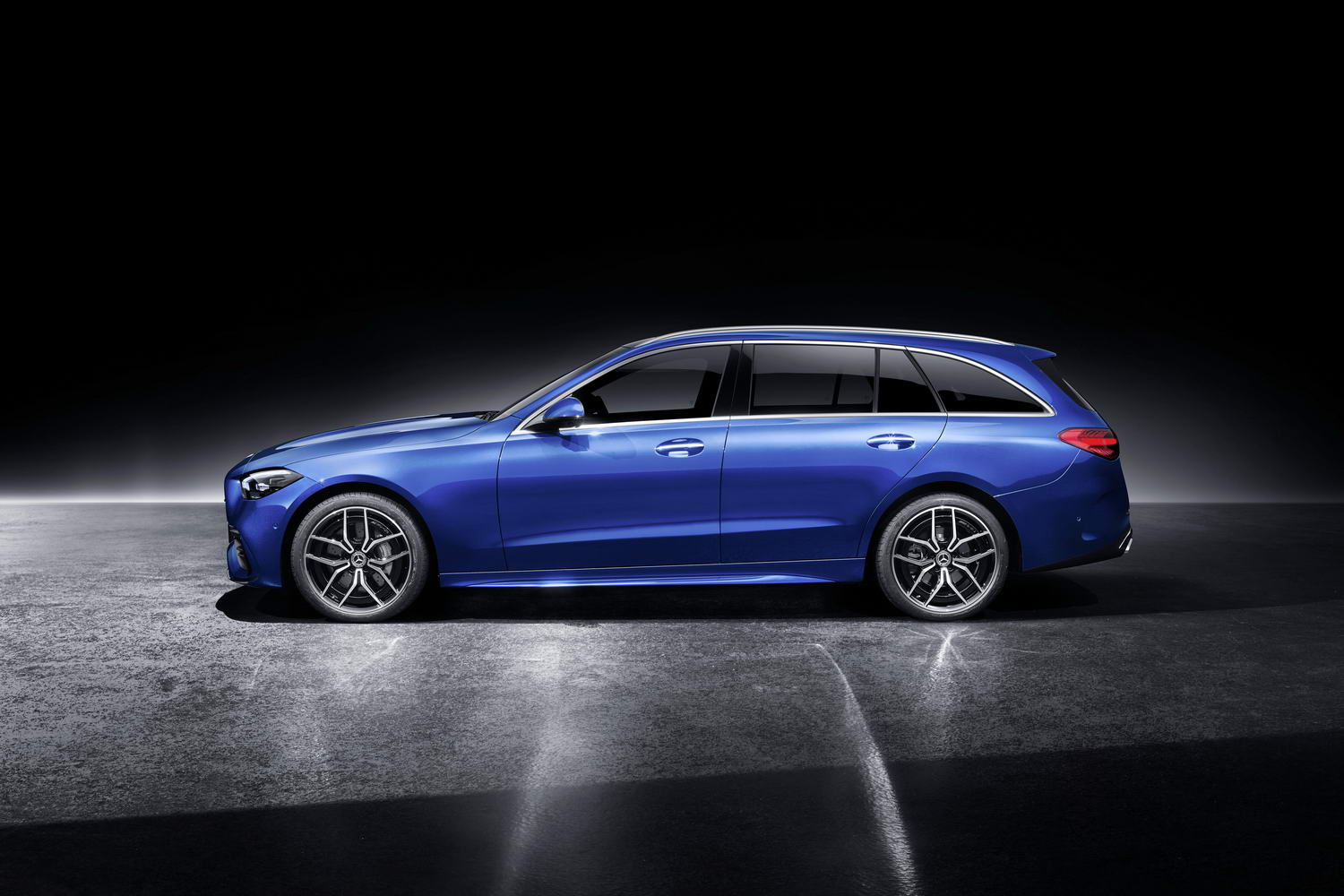 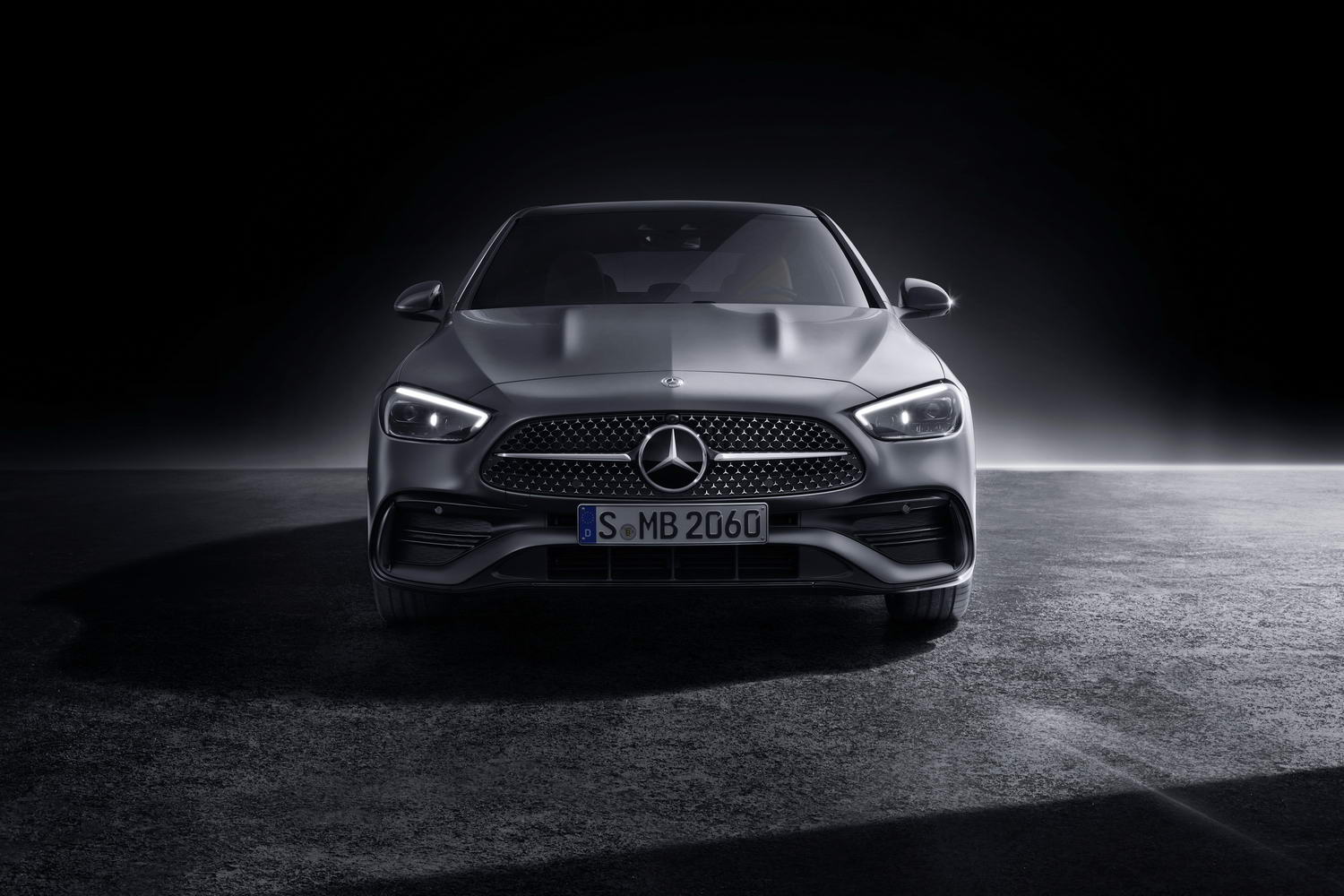 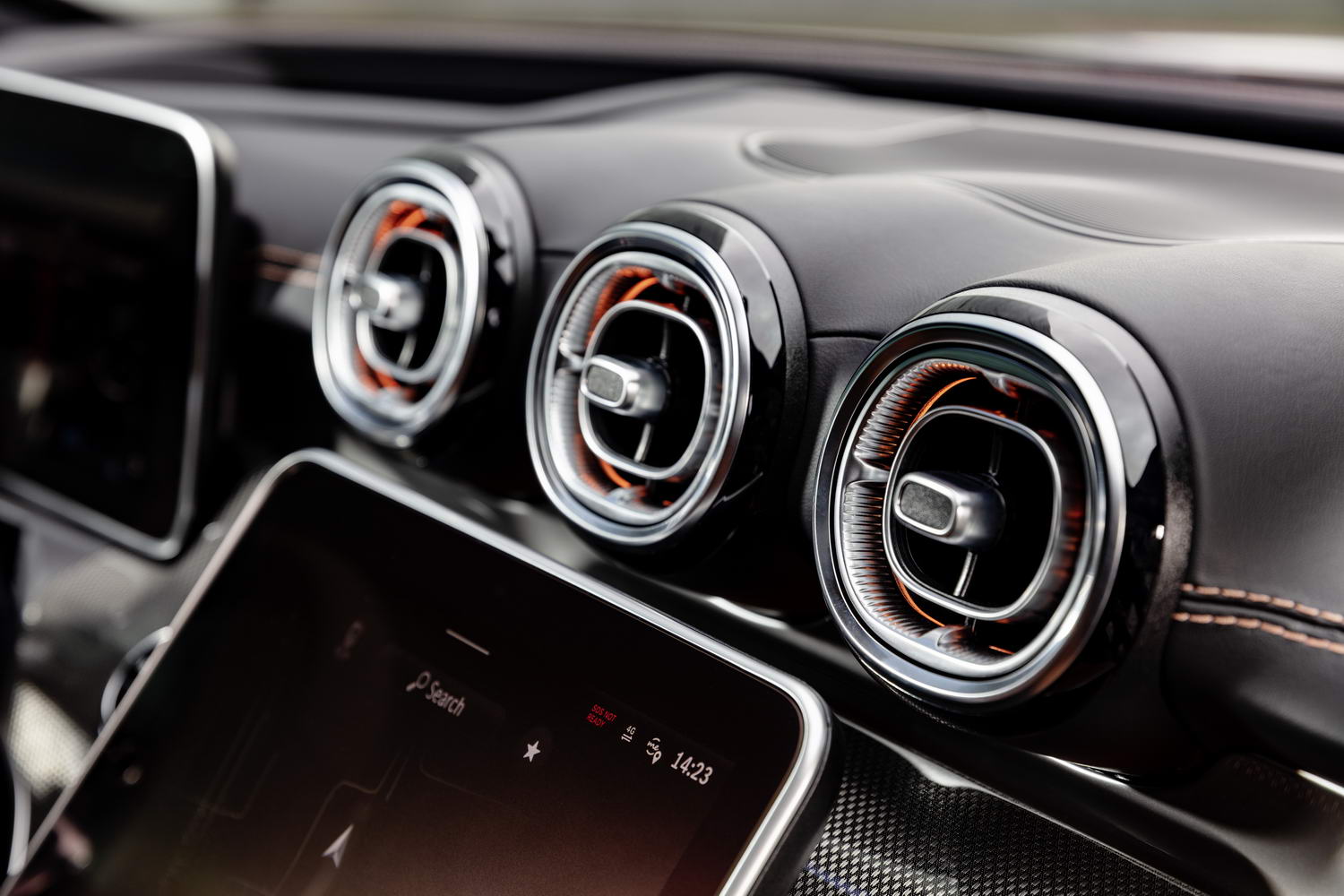 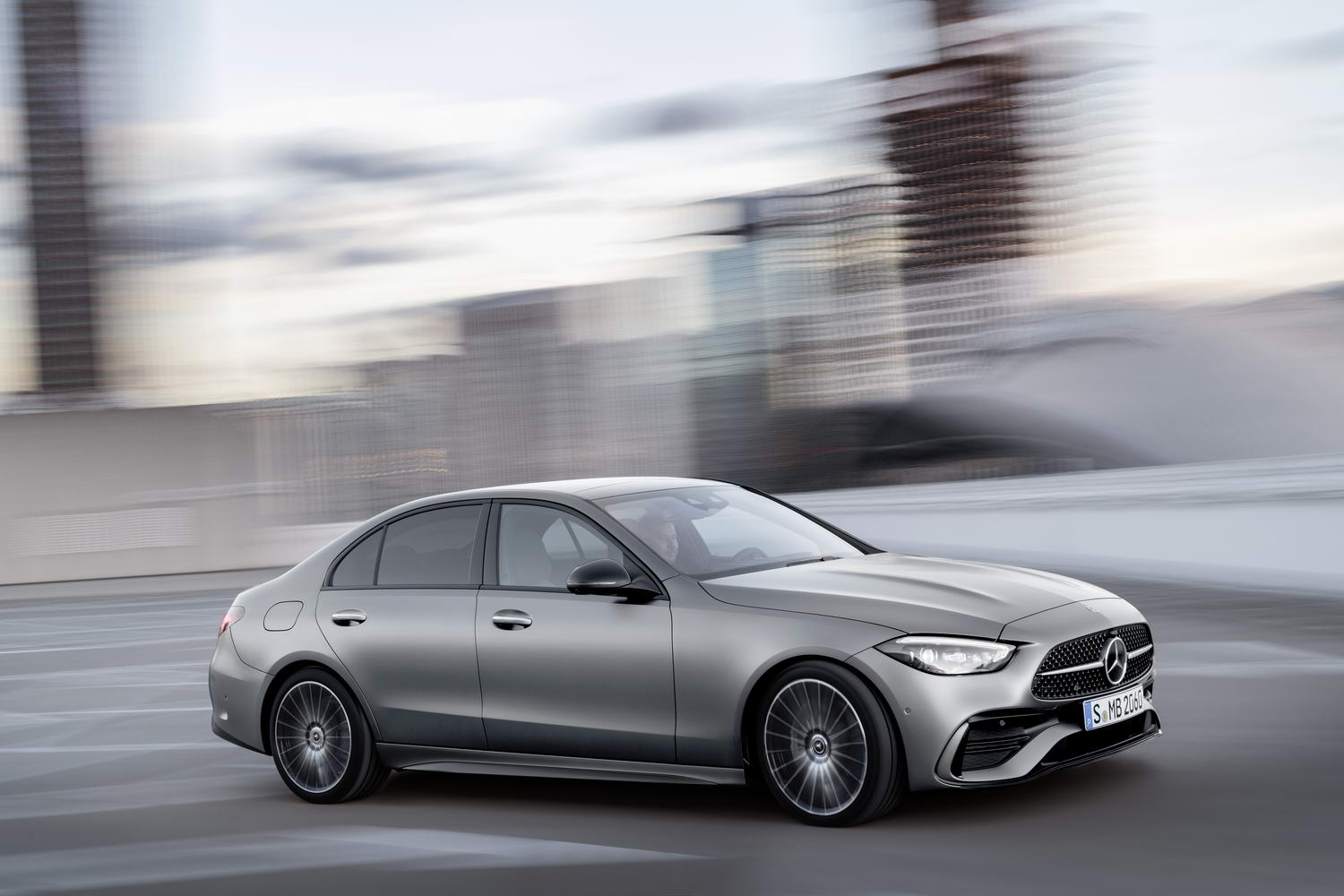 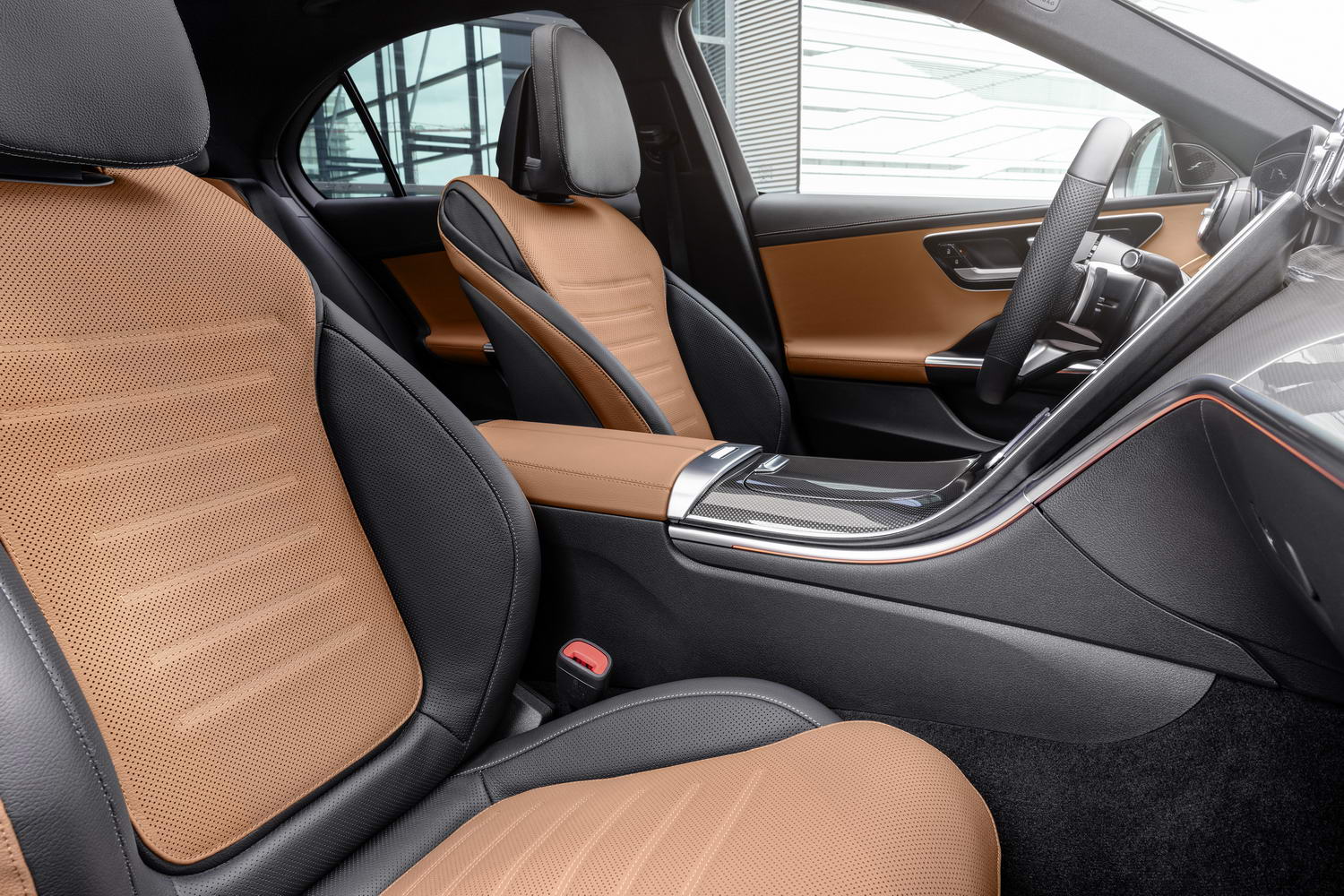 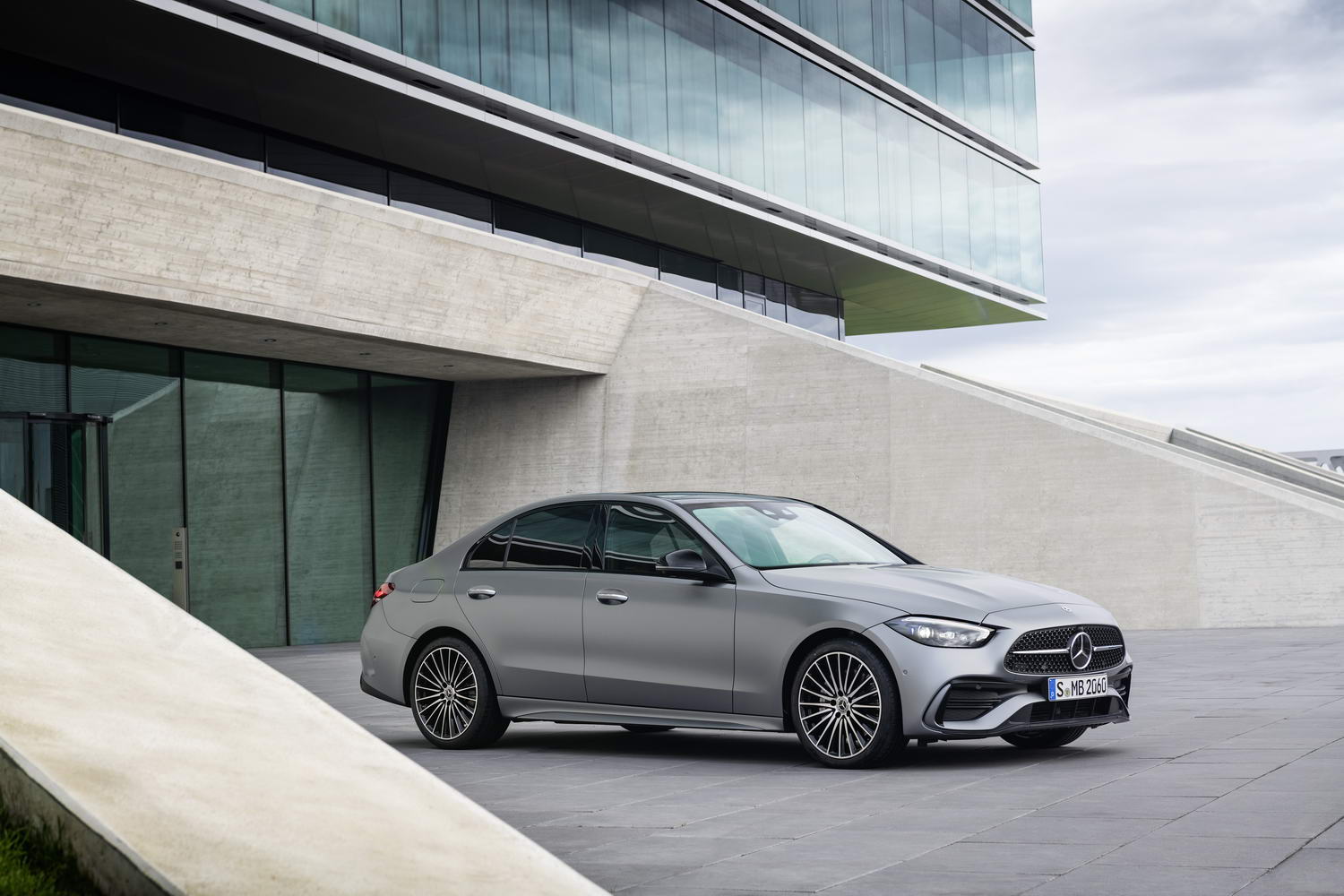 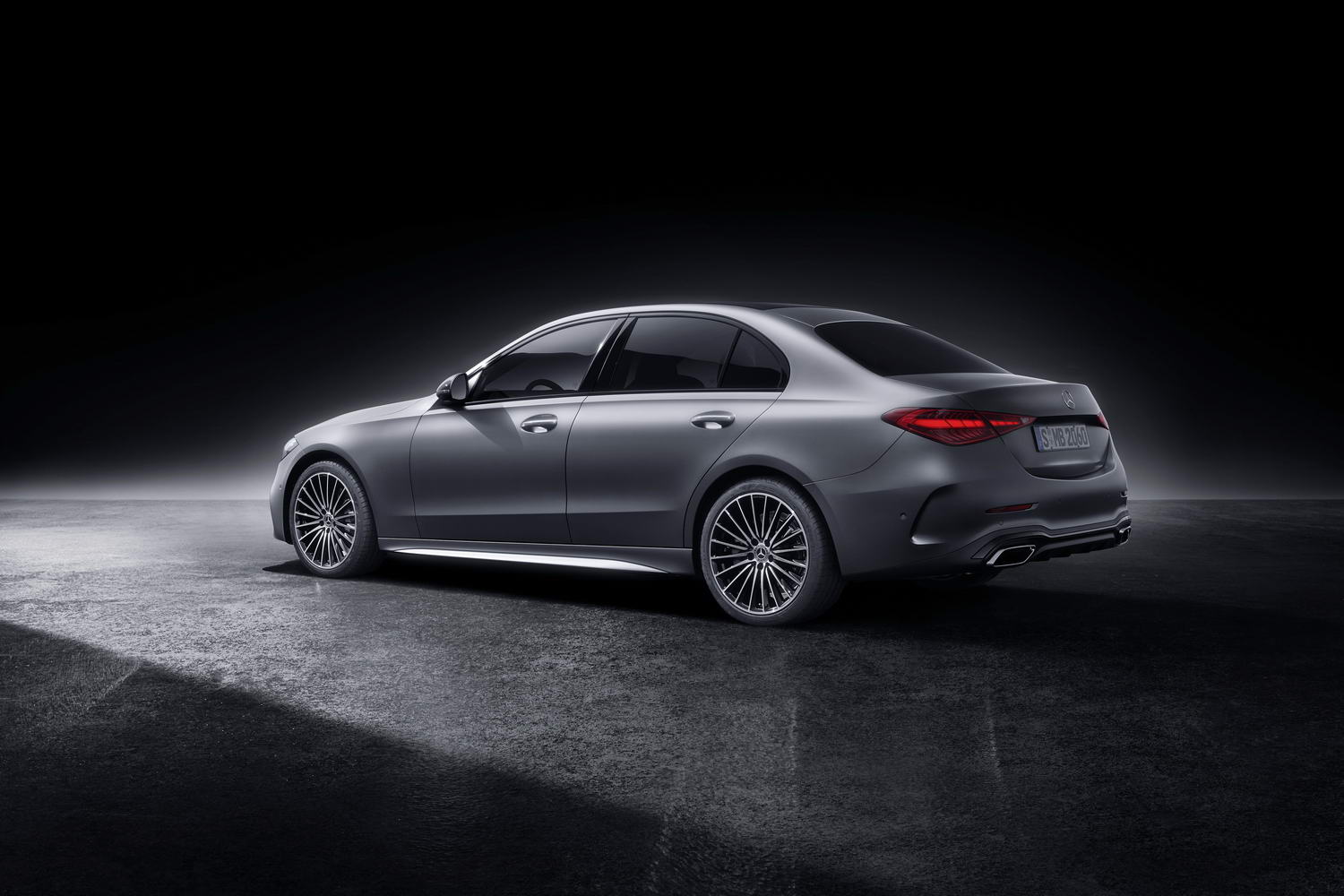 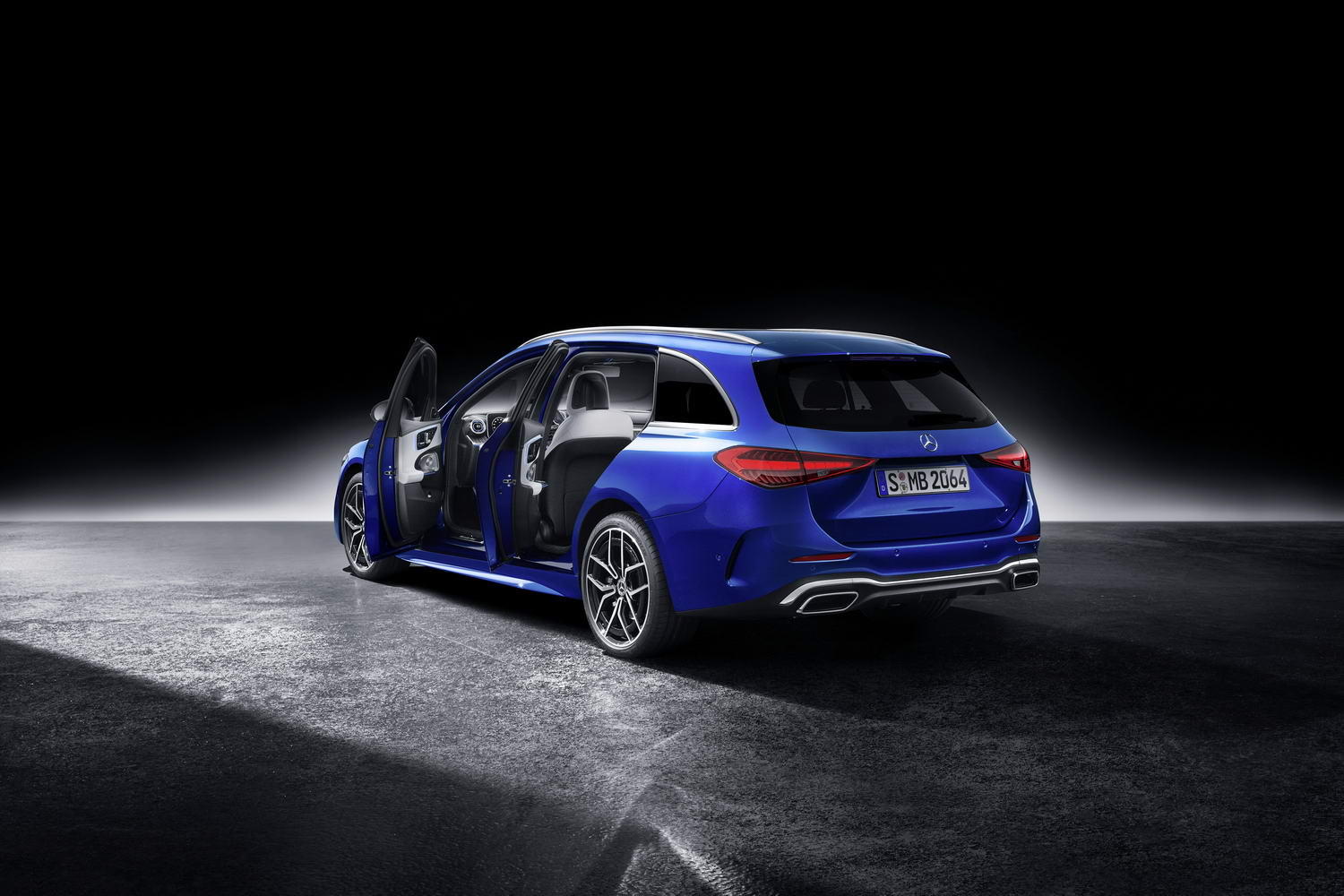 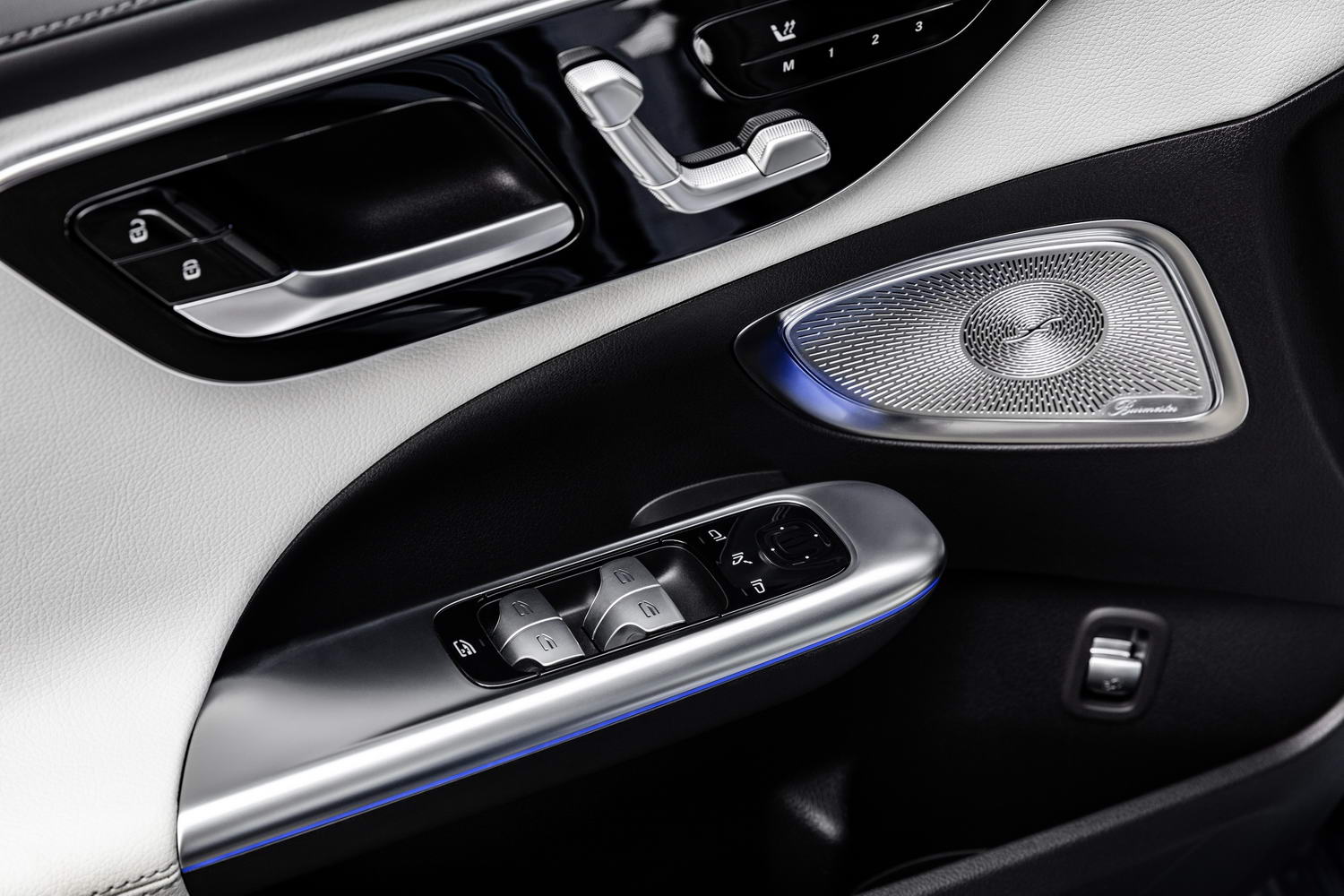 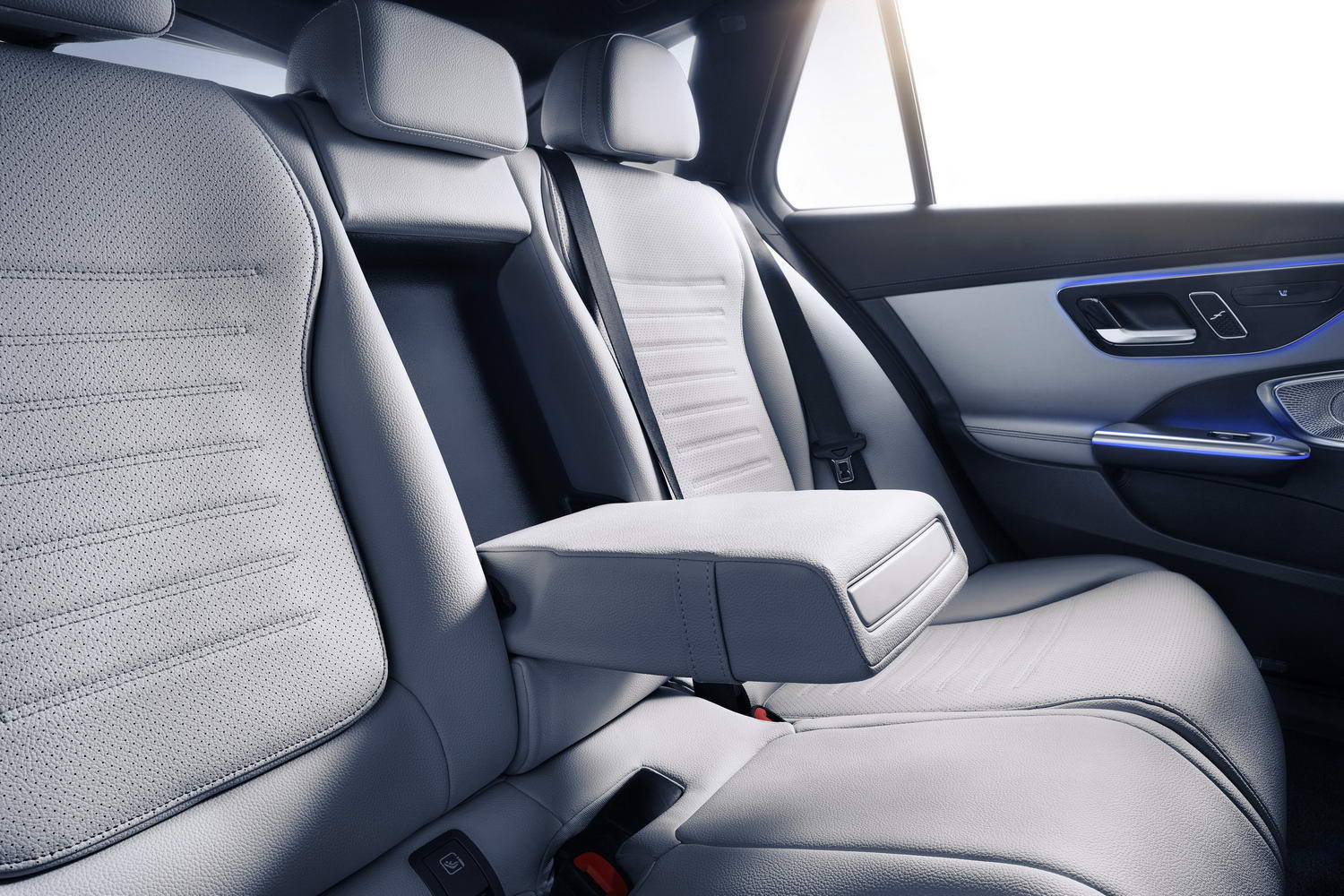 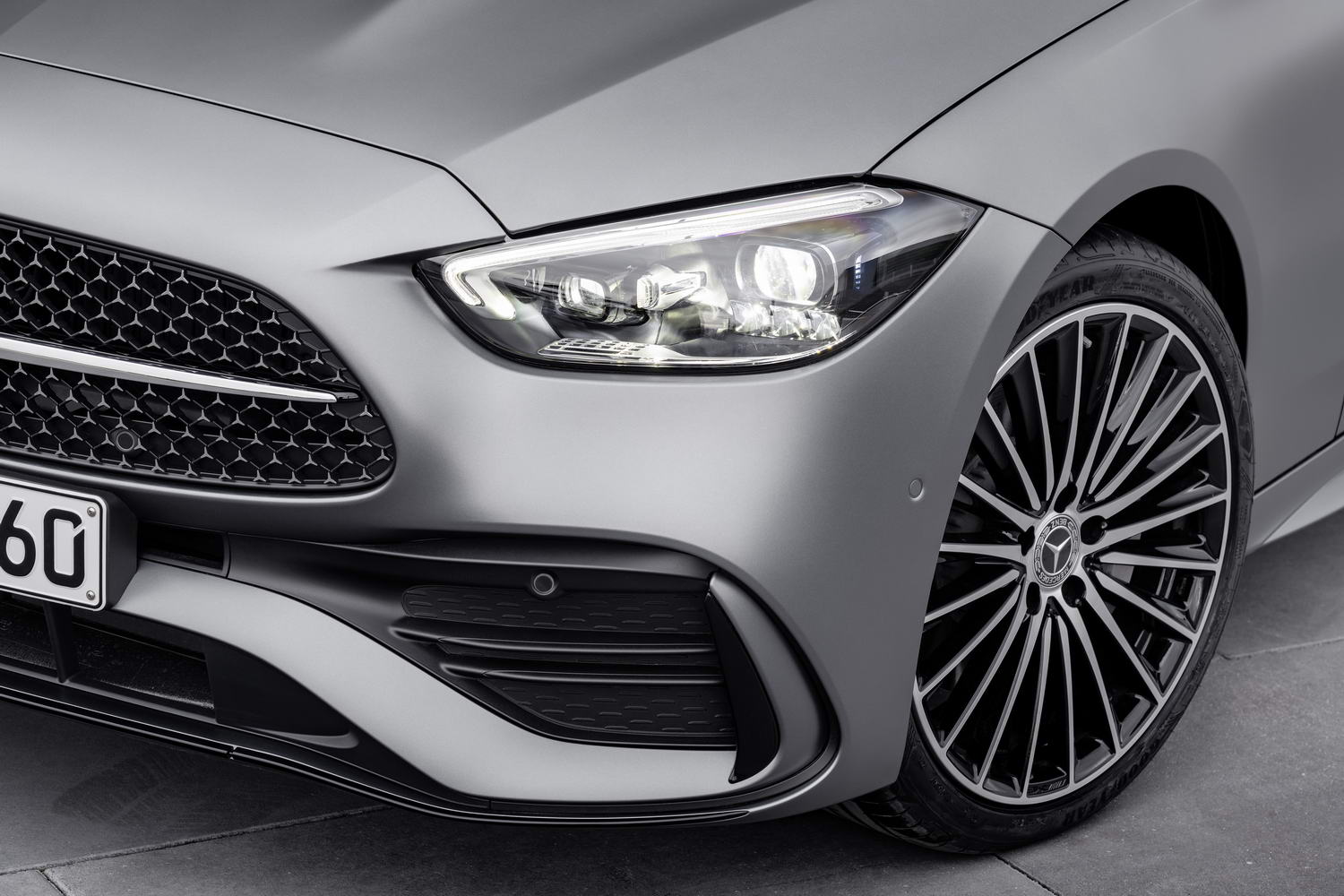 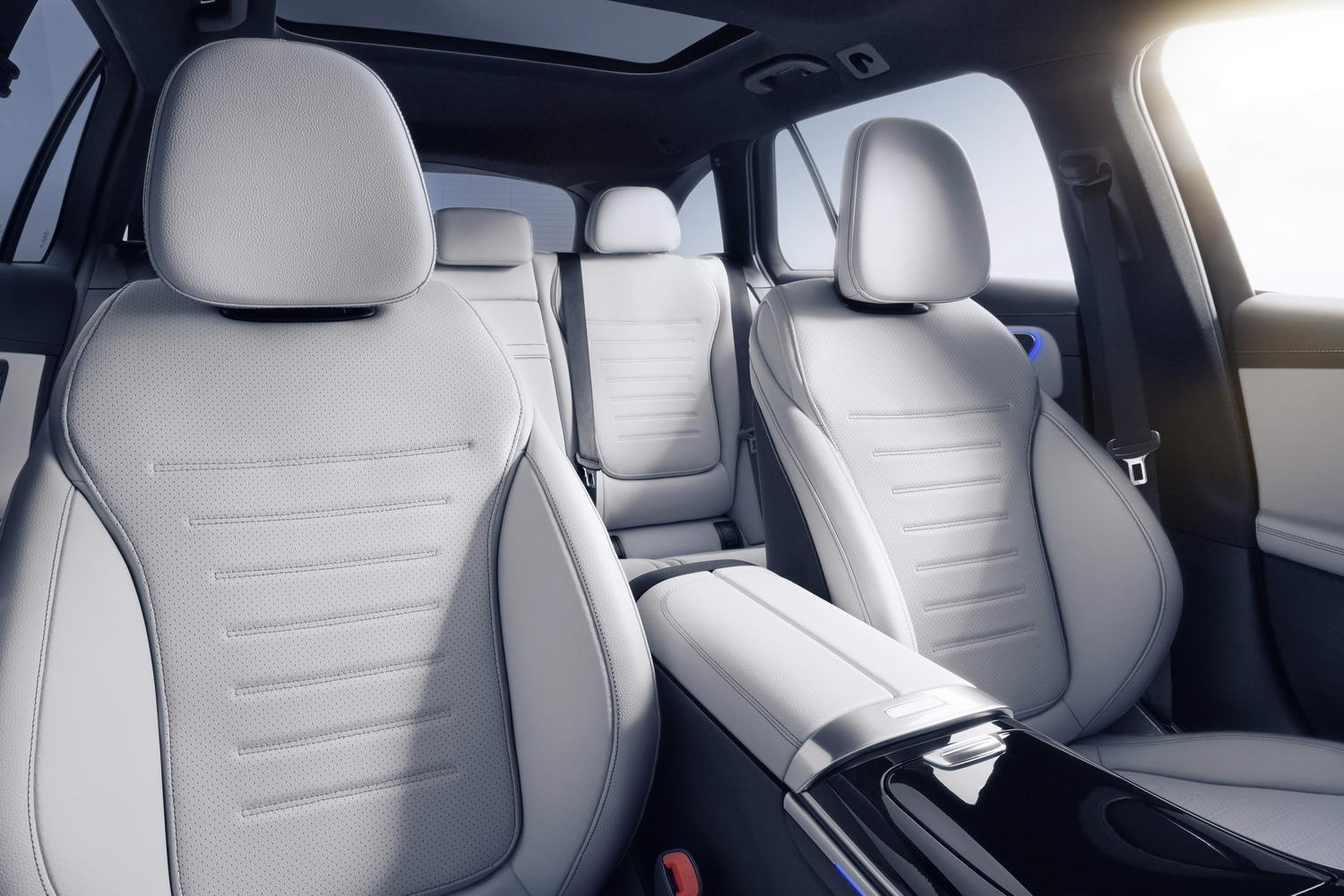 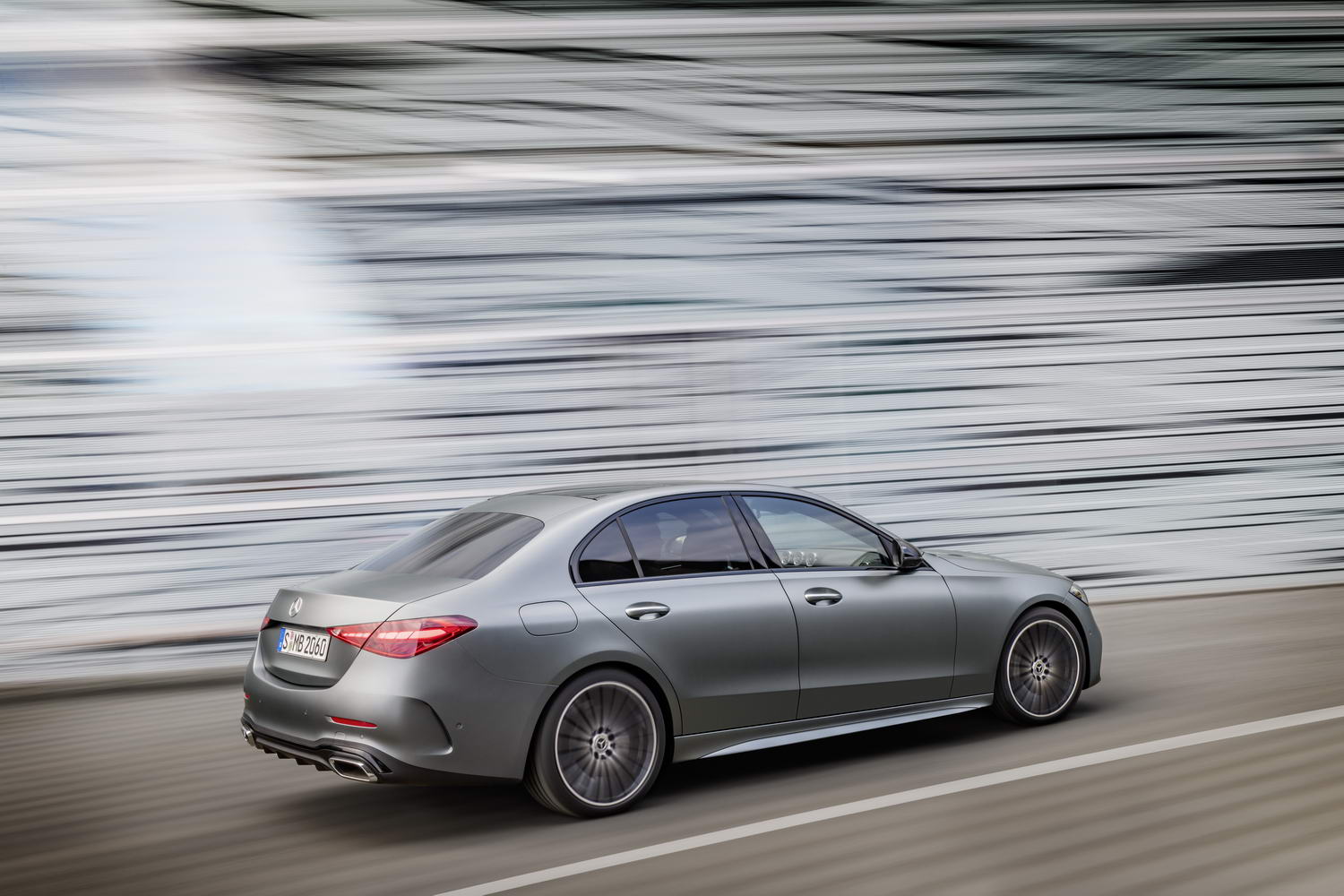 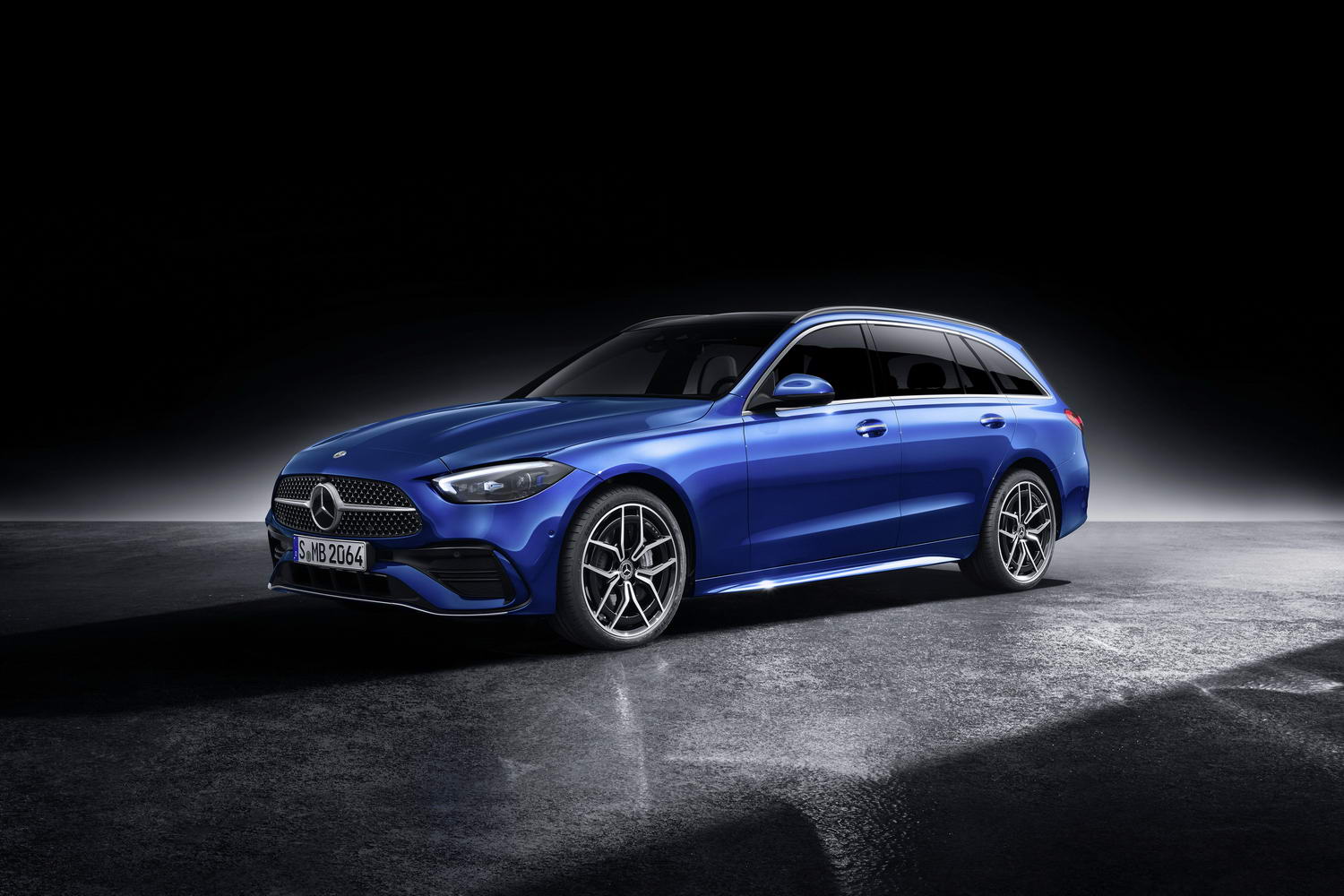 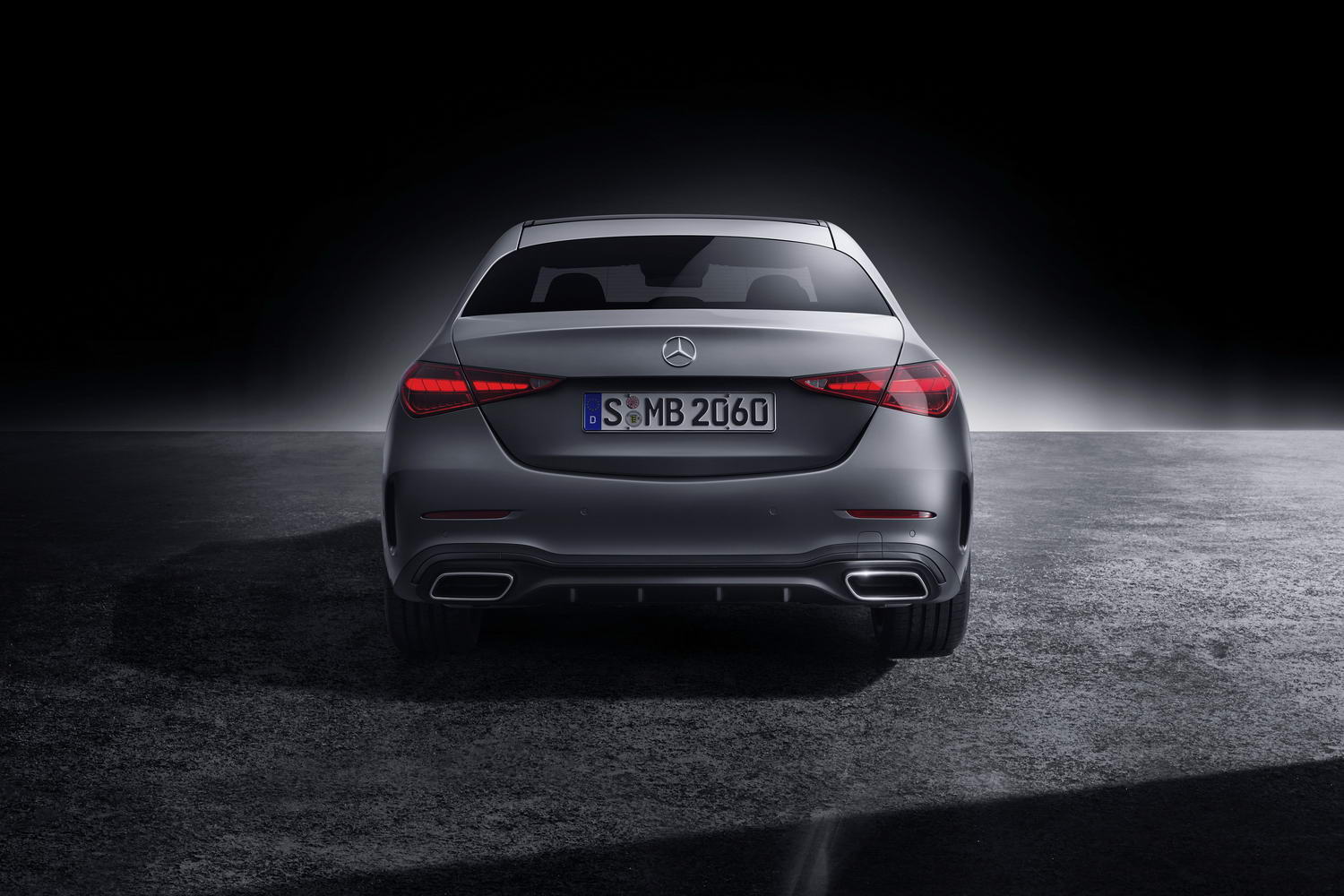 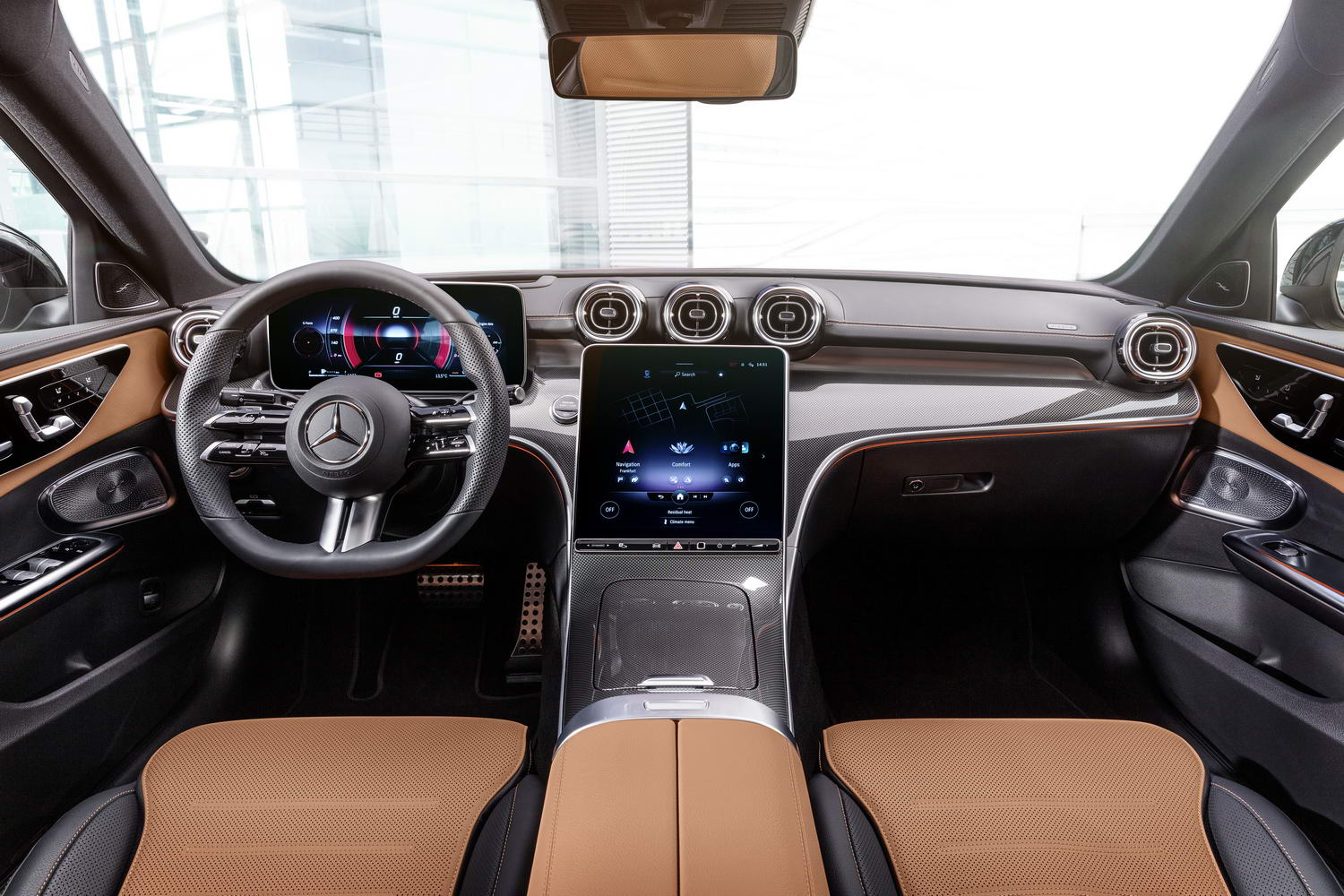 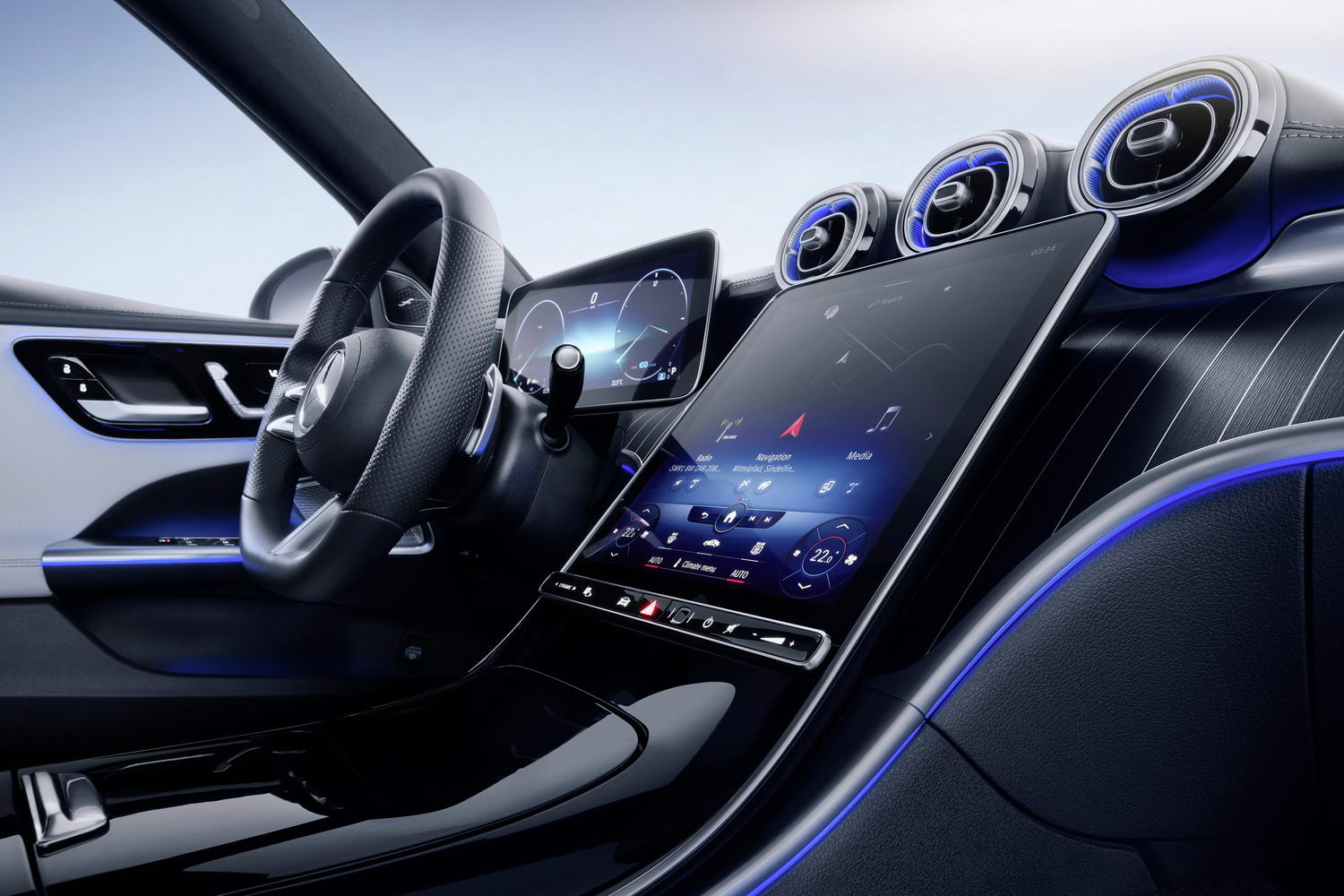 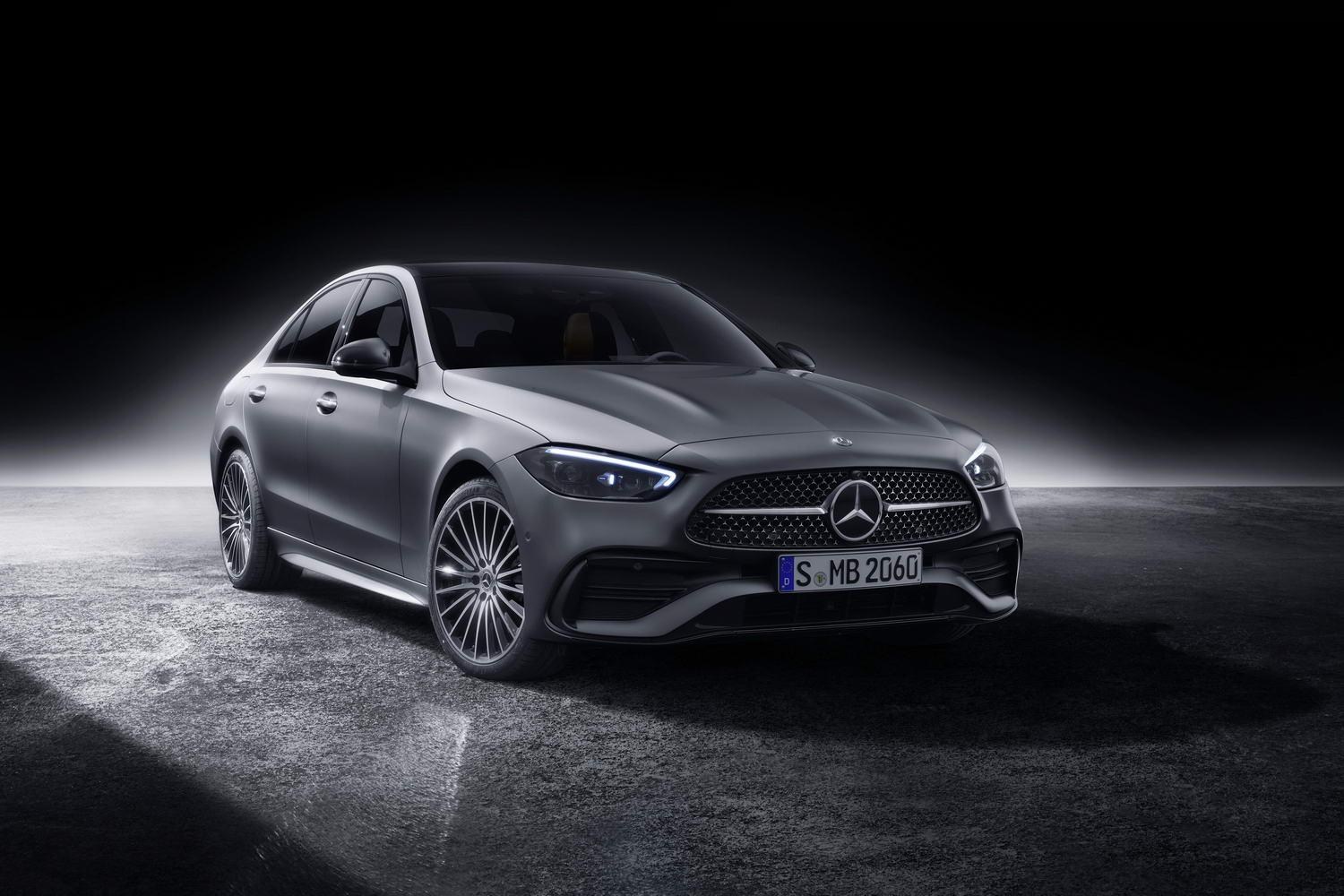 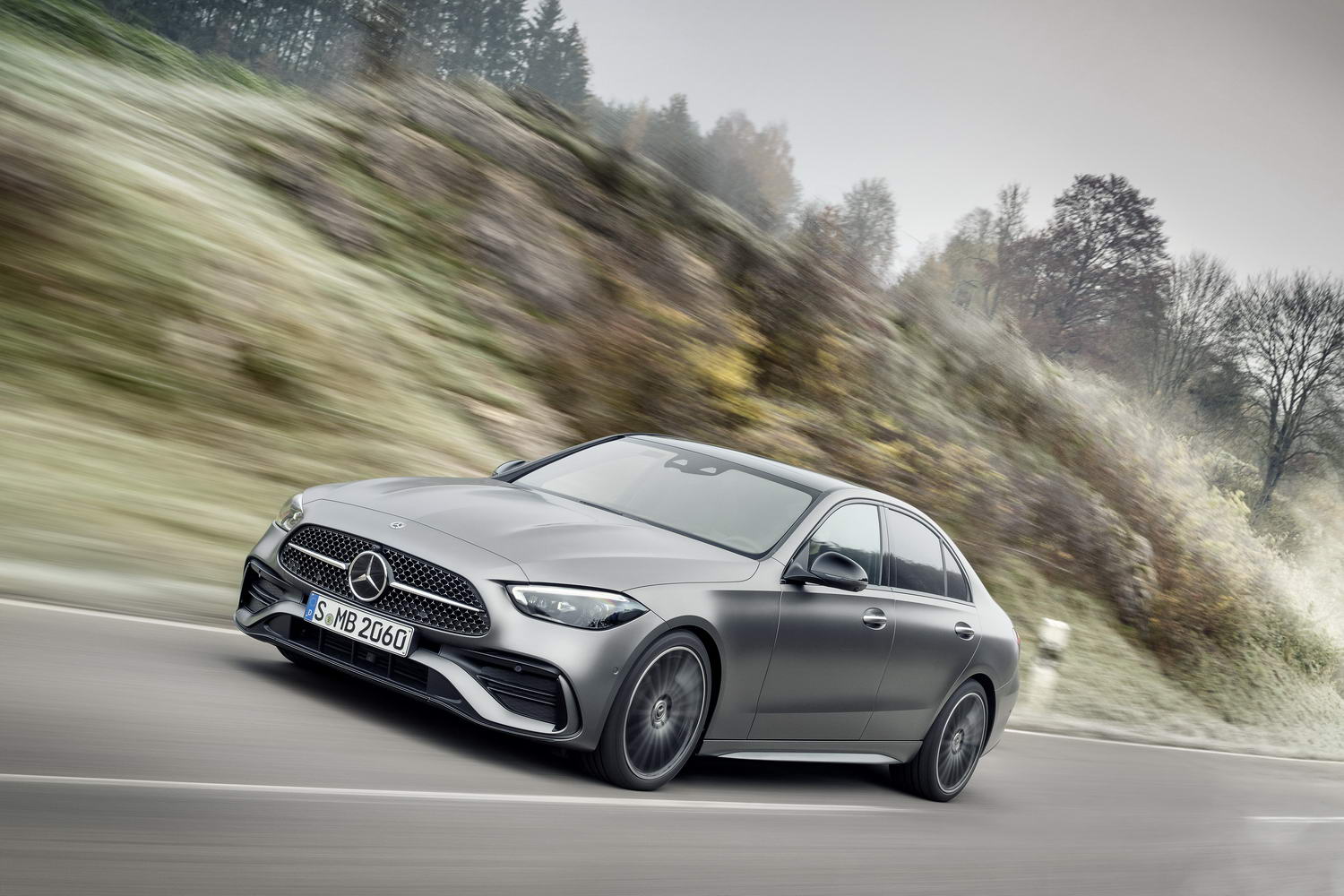 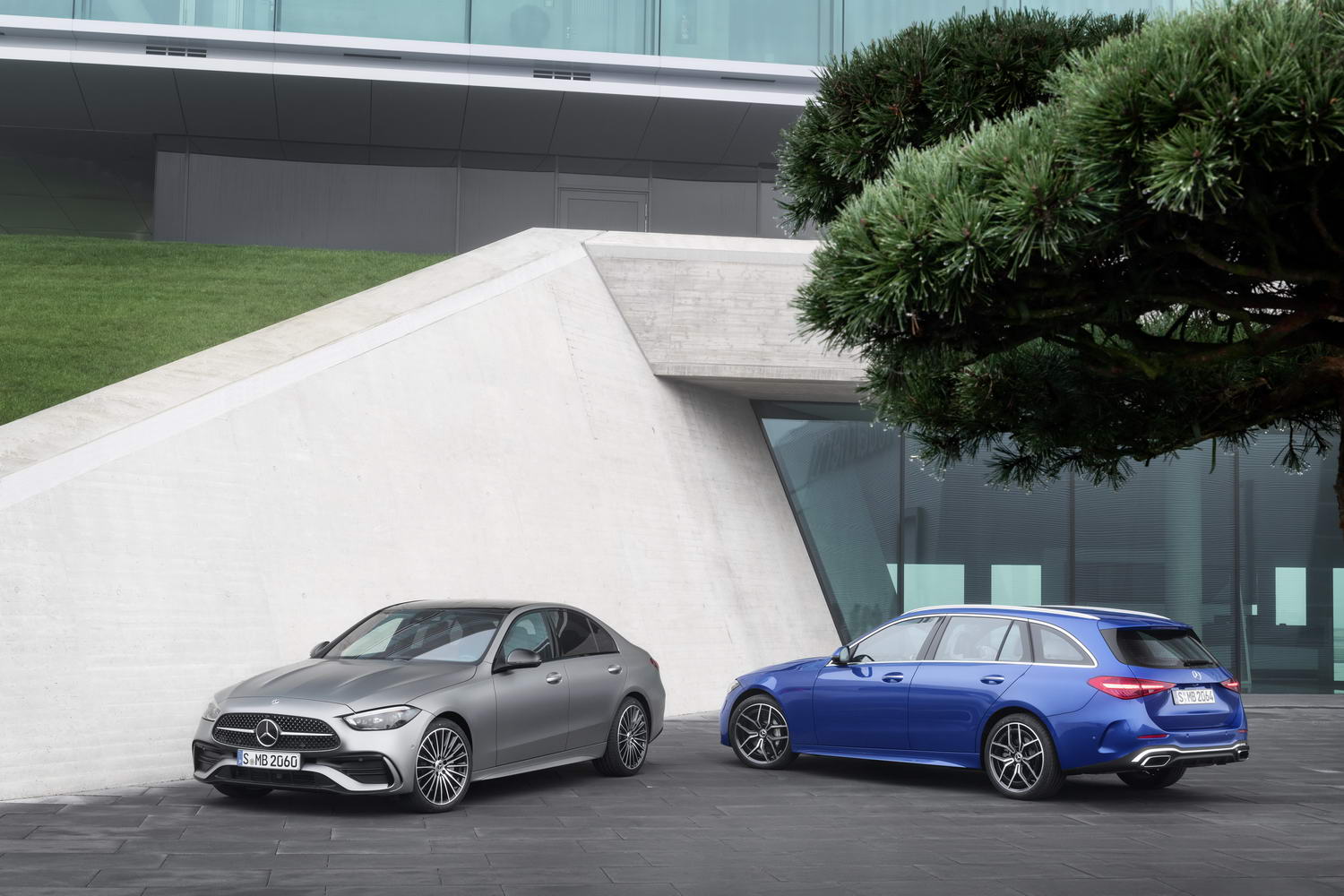 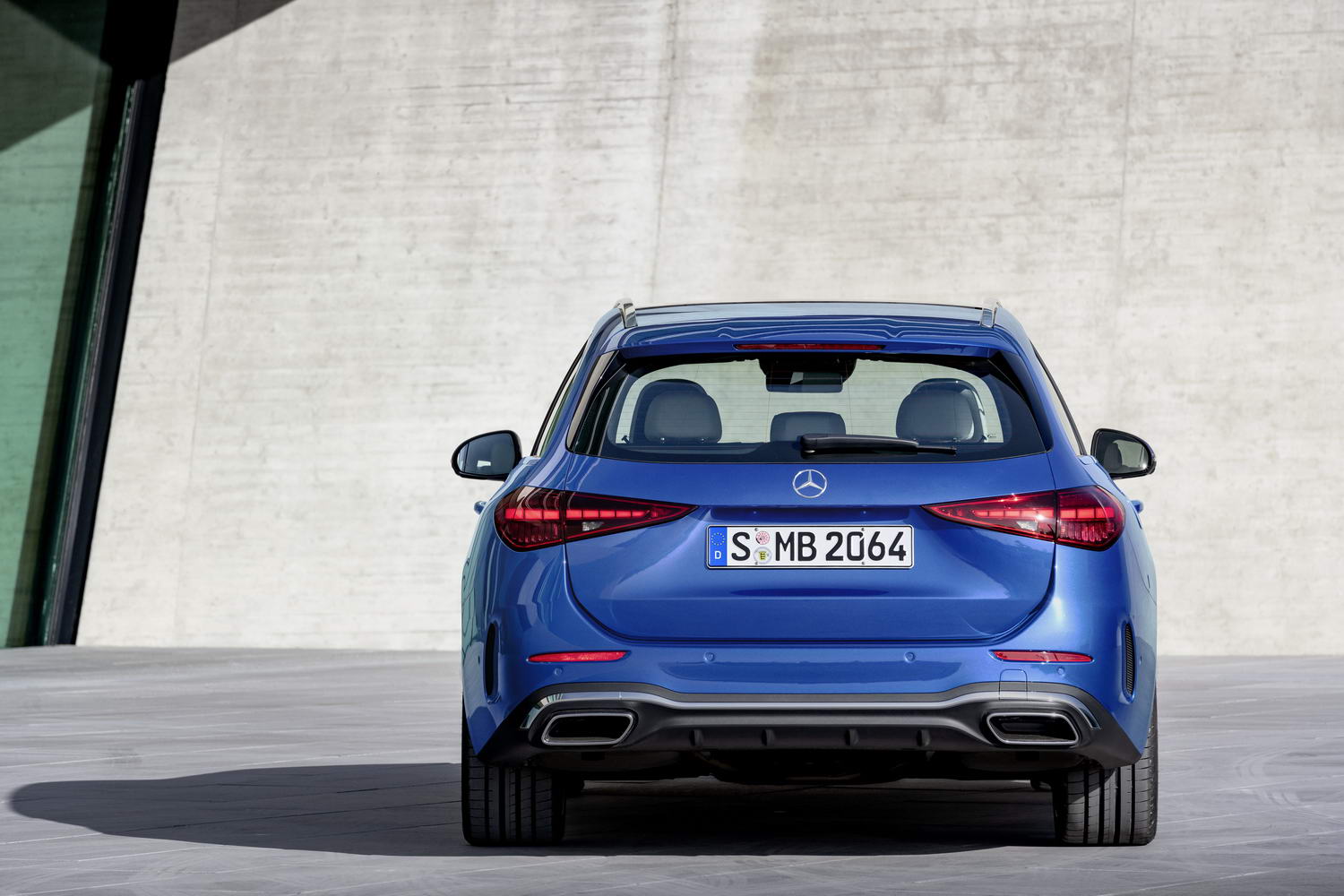 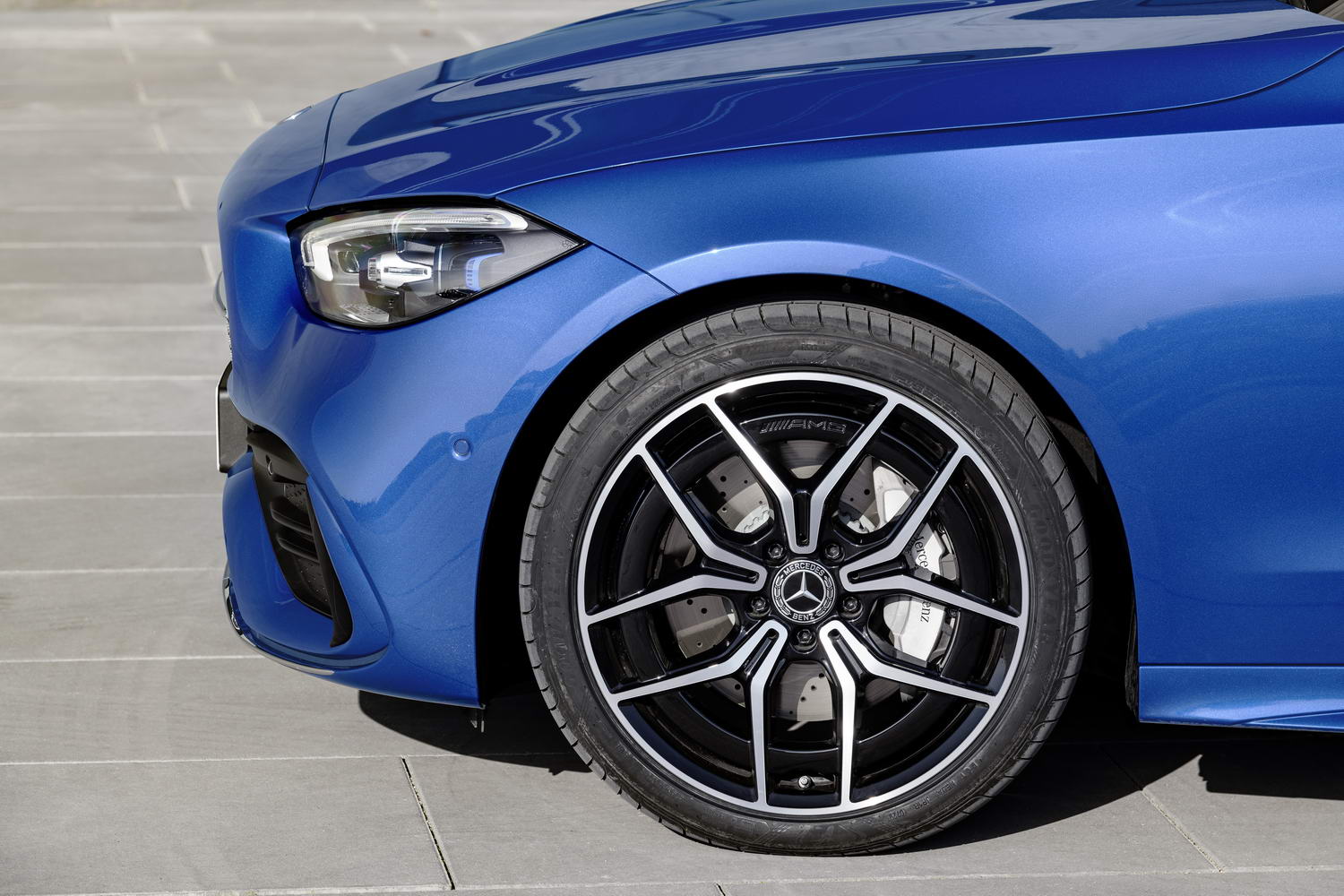 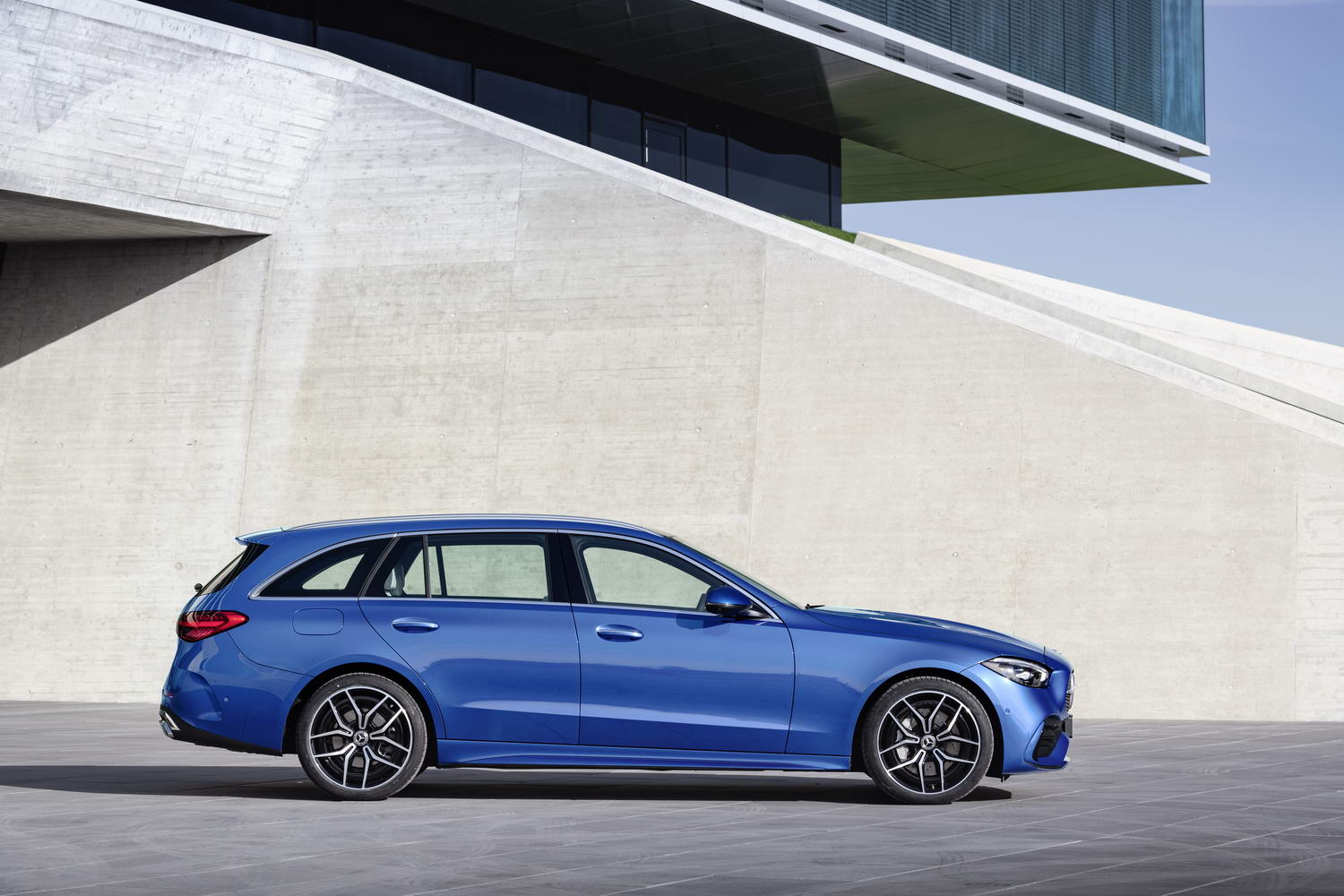 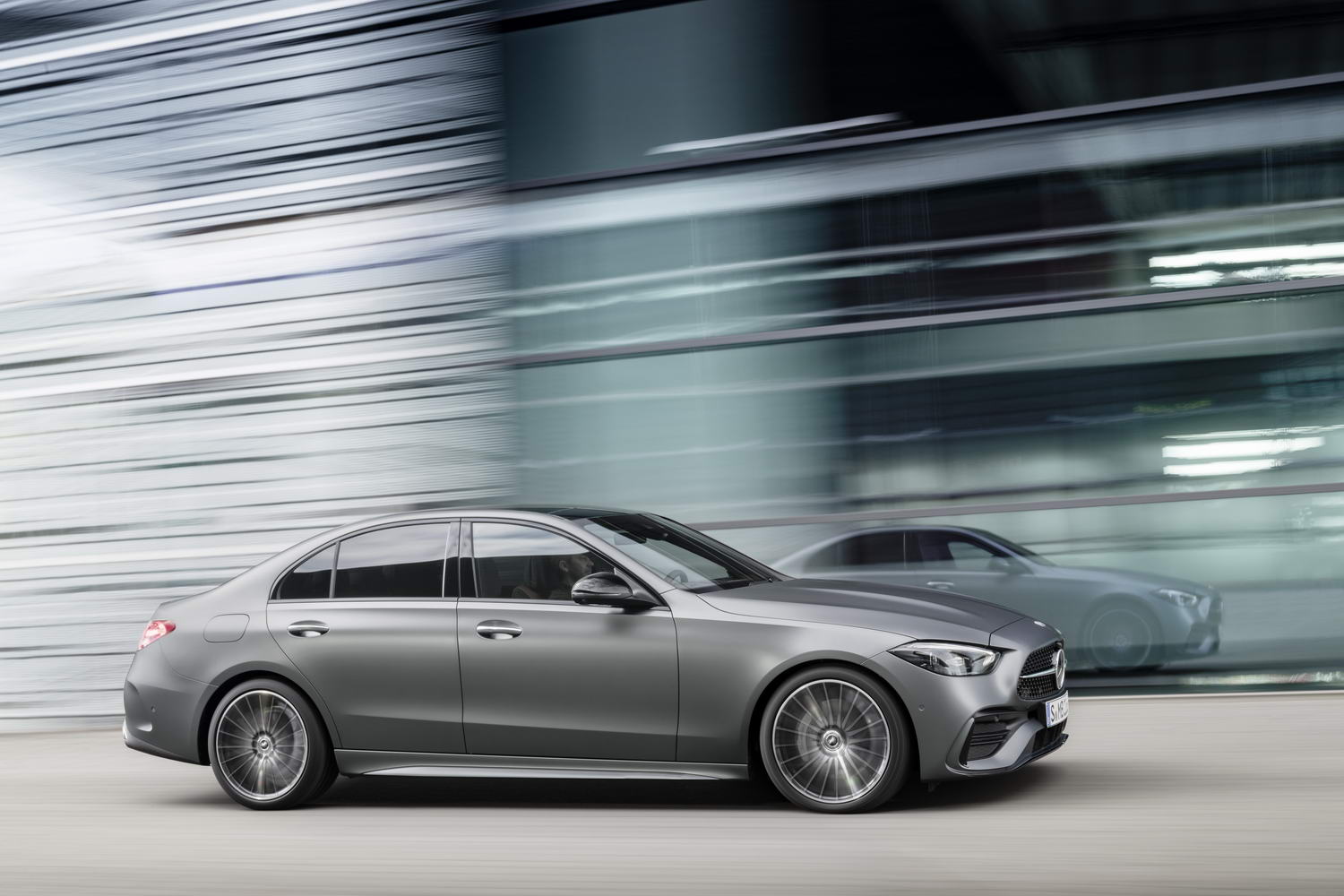 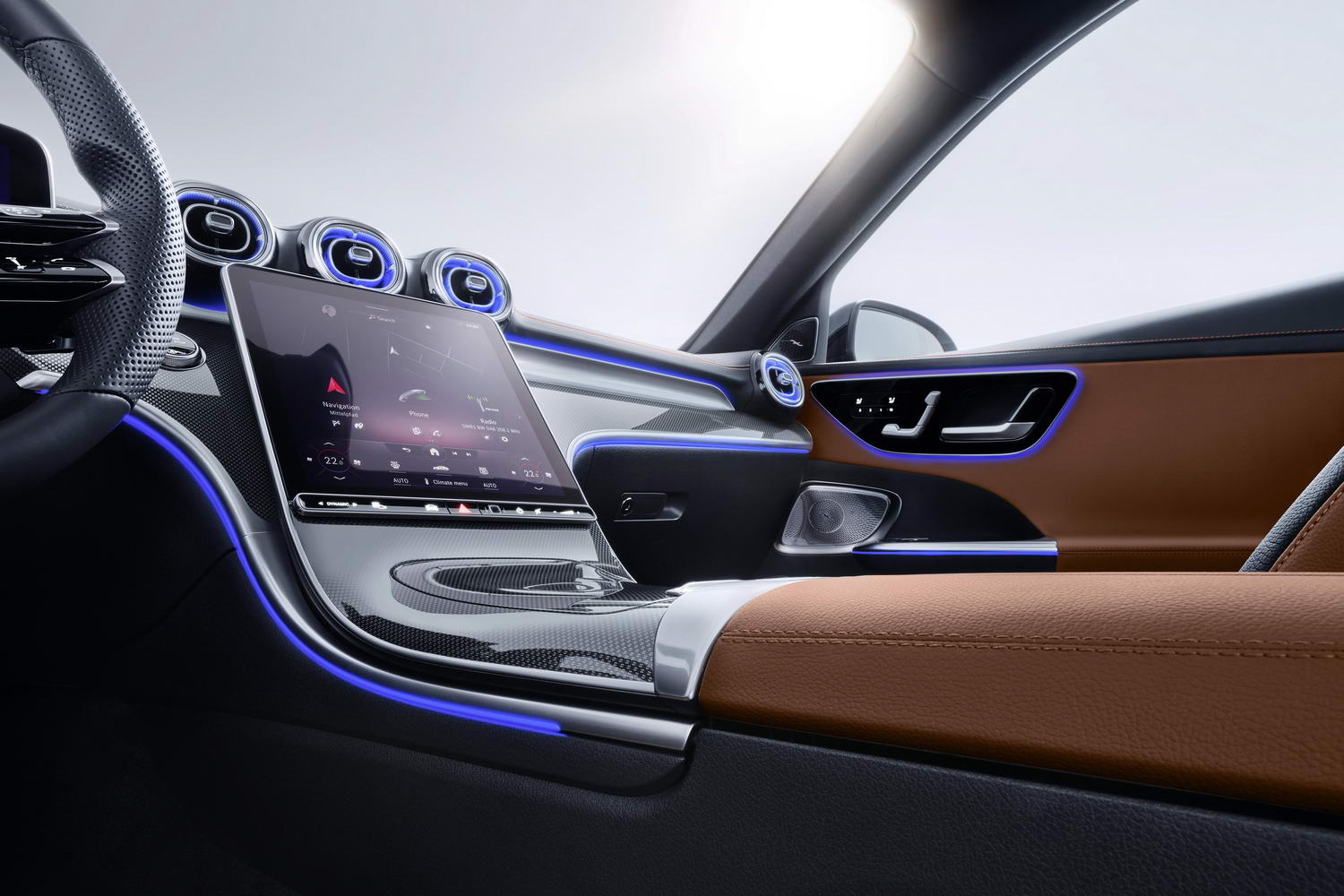 This is our first official look at the all-new, fifth-generation, 'W206' Mercedes-Benz C-Class. The German company's latest compact executive challenger channels much of the look and technological content of the larger S-Class, and has an entirely electrified range of drivetrains from the get-go. Here's everything you need to know about the new C-Class ahead of it arriving in Ireland this year.

Inspired by the S-Class

Short overhangs, a long wheelbase and a cab-rearward design are the hallmarks of the new C-Class, with all models rolling on alloy wheels of between 17 and 19 inches in diameter that sit flush with the arches. Although the Irish line-up has yet to be confirmed, it appears that, depending on the trim grade, the radiator grille at the front of the C-Class varies; base models are fitted with a large three-pointed star and louvre details, while higher-spec versions like the AMG Line get a star-design chrome pattern instead. At the back, for the first time, the C-Class Saloon's lamp clusters are split into two-piece units with a portion of their make-up on the boot lid itself, while trim-specific rear-bumper detailing rounds out the look. Three new colours, namely Spectral Blue, High-Tech Silver and Opalite White, have been added to the C's colour palette.

Like any modern car, the C-Class has grown in stature compared to its immediate predecessor. The wheelbase has gone up 25mm to 2,865mm in total on both body styles, resulting in a Saloon that is 65mm longer (4,751mm) than its four-door forebear and an Estate that's 49mm longer (also 4,751mm) than before. The new C-Class models are also 10mm wider in the body and 13mm wider across the mirrors, while their track widths have increased by 19- and 48mm front and rear, respectively. Both the Saloon (-9mm) and the Estate (-7mm) are slightly lower than the previous versions, with the drag coefficient of each standing at an impressive 0.24 for the Saloon and 0.27 for the Estate. All those dimension changes mean that, in every conceivable interior metric, passengers in both rows of the new C-Class models have more space than before - more headroom, more legroom, more elbow-room and more shoulder-room. The Estate also gains more luggage space, an additional 30 litres to be exact, with figures of a minimum 490 litres with all seats in play and 1,510 litres with the 40:20:40 split rear backrests folded down; the Saloon, however, stands at the same 455 litres of cargo capacity as it did before.

Talking of the inside, the C-Class enters the heavily digital age with a TFT instrument cluster (minimum 10.25 inches across the diagonal, with the option to upgrade to a 12.3-inch unit) and a large infotainment screen reclining on the centre stack, this being at least 9.5 inches, or 11.9 as an option. The dashboard design is split into two tiers for a wing-like formation, and - to continue the aviation theme - the flattened, rounded air vents are said to be reminiscent of jet engines, while all of the dash and the central display are angled towards the driver by six degrees. Various leather, leatherette, wood and metal upholstery/trim choices are available, a colour head-up display is an optional extra and the connectivity of the car is boosted with several software packages plus over-the-air technical updates.

Mild hybrid from the off

From launch, both the C-Class Saloon and Estate come with four-cylinder, mild-hybrid drivetrains across the board. An integrated starter-generator (ISG) is added to the turbocharged petrol and diesel engines, which runs off a 48-volt electrical system to provide 'gliding' when off the throttle, power-assistance under acceleration and energy recovery too, all to save some fuel. There's also Mercedes' EQ Boost addition of power (15kW, or 20hp) from the system, while the 2.0-litre turbodiesel engine is a little larger than before, at 1,992cc (the old one was 1,950cc) thanks to a longer stroke.

Beyond these models, next in the C-Class pipeline will be a plug-in hybrid model that pairs a 95kW (129hp) electric motor to a 204hp 2.0-litre petrol engine for system outputs of 313hp and 550Nm, along with up to 100km of all-electric driving range, courtesy of a 25.4kWh lithium-ion battery pack. This C-Class plug-in will even be capable of driving at 140km/h in zero-emissions mode and Mercedes also says the packaging of the hybrid gear has scavenged less from the boot space on all models (particularly noticeable on the Estate, which now has a flat floor for through-loading purposes) compared to previous plug-in C-Class derivatives.

In terms of the chassis, a new four-link front axle and a multilink rear end that's mounted to a subframe form a suspension set-up that is said to provide a good blend of agility, comfort and fun. Optional adjustable damping, a Sport specification and even air suspension on the rear axle of the plug-in hybrids will all be offered, as will rear-wheel steering. Like any good Mercedes, there's a huge array of advanced driver assist safety systems and then, on top of all this, there's the Digital Light headlamp technology from the S-Class. This includes three powerful LEDs in each cluster, with the light from these then refracted and directed by 1.3 million micro-mirrors, resulting in a resolution of 2.6 million pixels per vehicle.

The new C-Class should go on sale in Ireland this summer. We'll bring you more details on eco-stats, prices and Irish specs, as and when we have them.