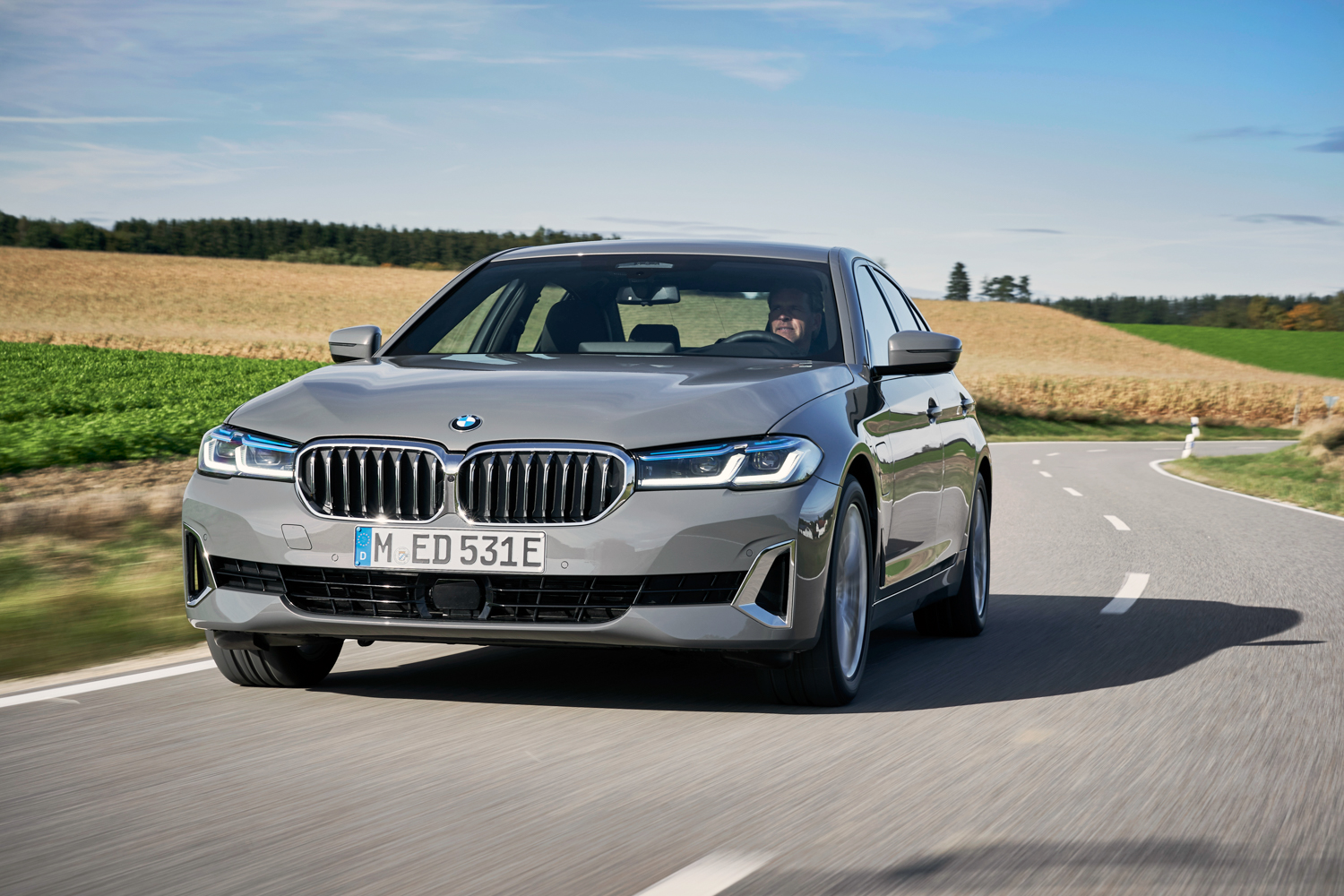 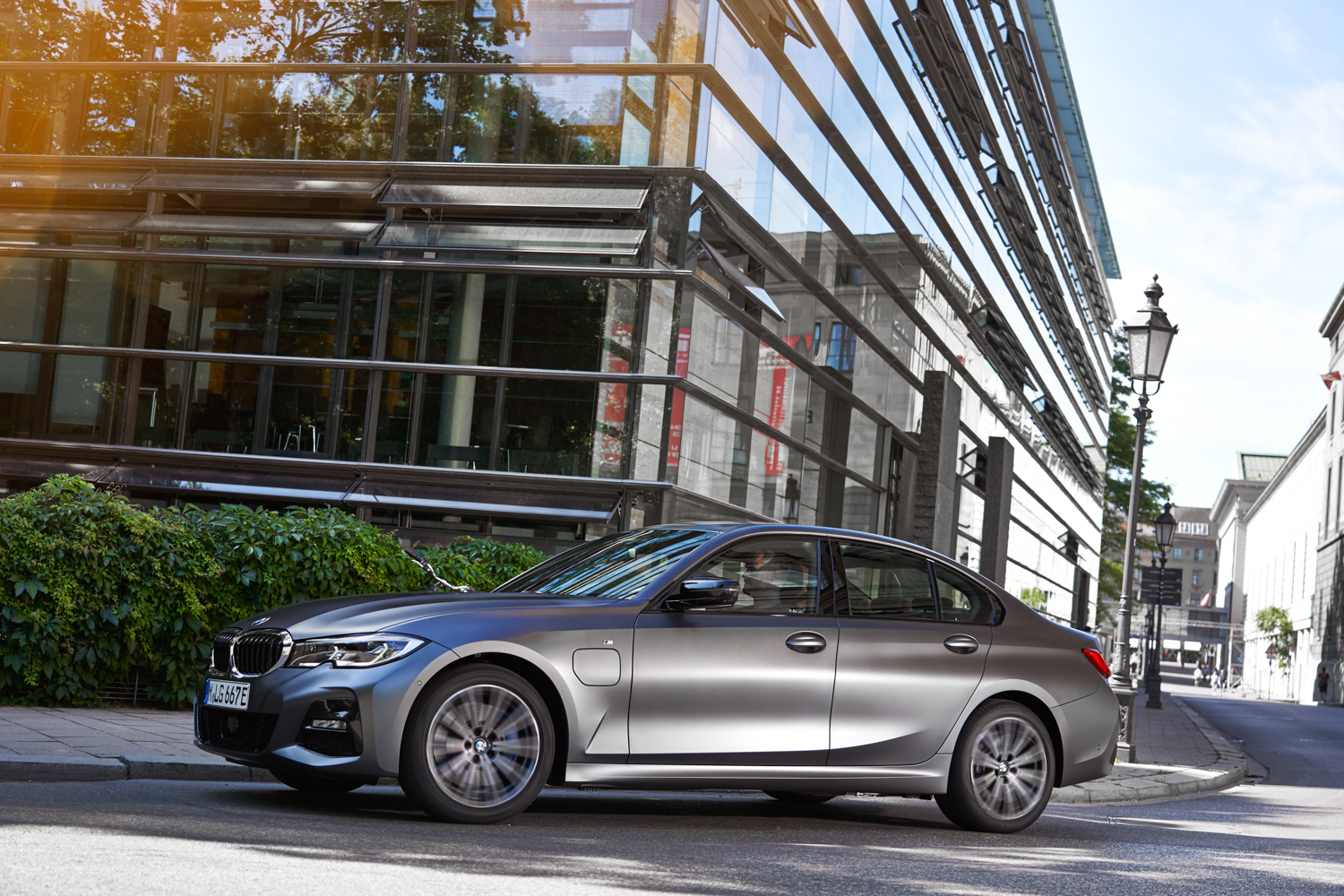 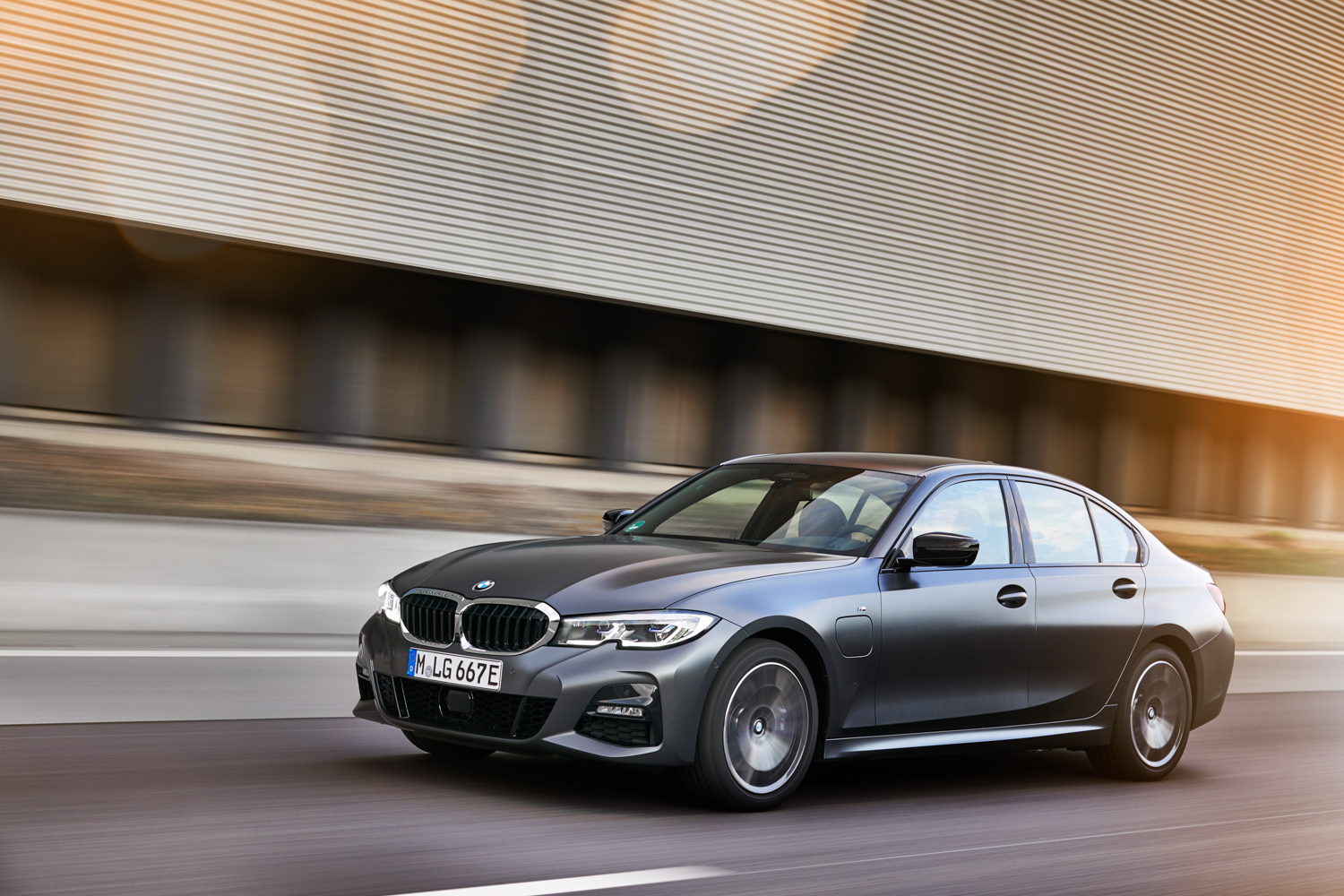 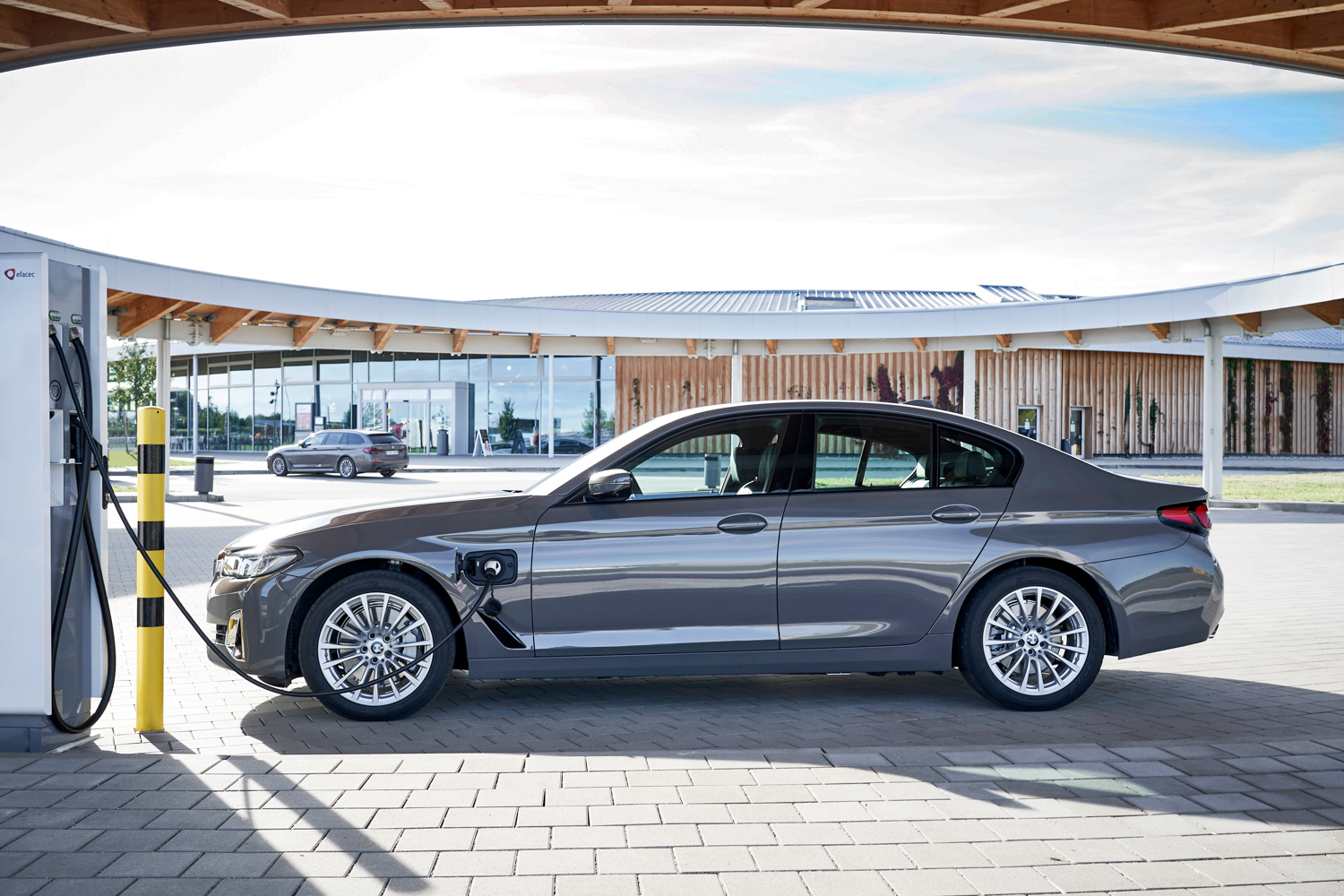 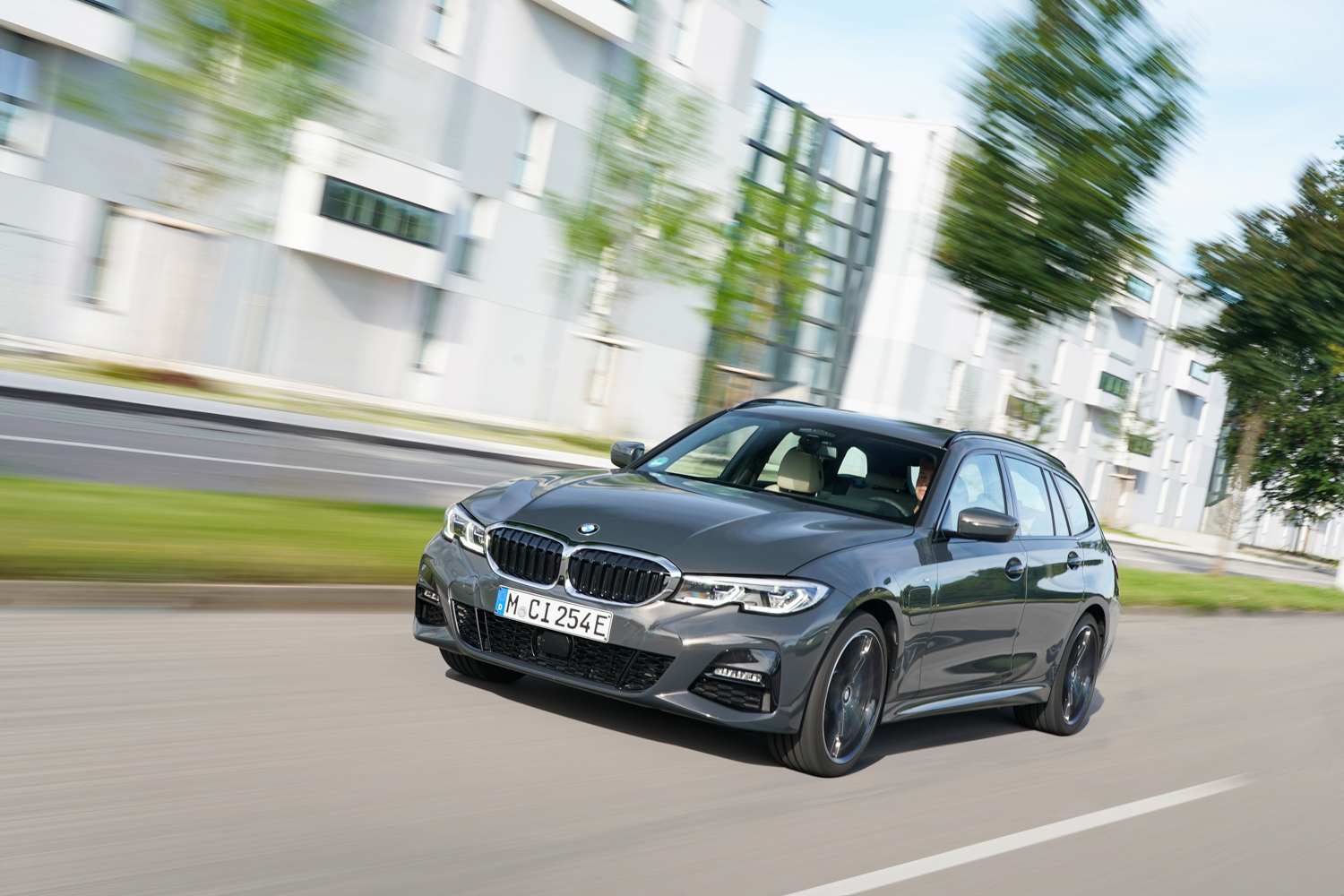 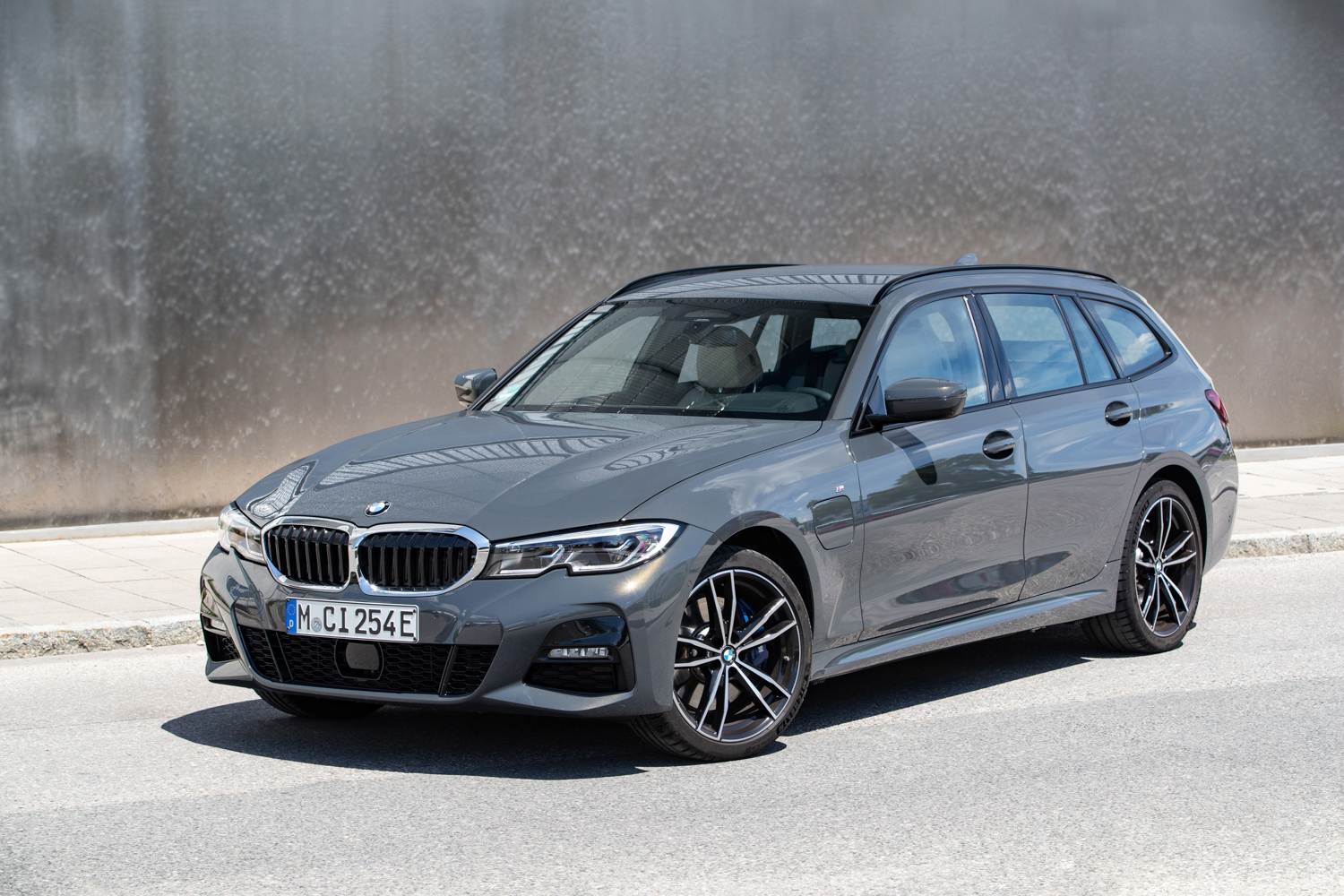 Electric driving range of up to 57km for BMW's new plug-in hybrids.

BMW is expanding its line-up of plug-in hybrid models with the new 320e and 520e PHEV models.

The new plug-in saloons (and Touring estates, too) will sit below the existing 330e plug-in, and the 530e and 545e plug-in hybrids, in their respective ranges. Both 320e and 520e will also be offered in xDrive four-wheel drive variants.

Both use the same 163hp 2.0-litre turbocharged engine, and both use a rechargeable stack of lithium-ion batteries and an electric motor to boost the overall power output to 204hp. The battery pack holds 12.0kWh, but it's a slow charger - only taking in juice at 3.4kW, so it's really only for those who can charge their cars at home or at work. BMW says that an empty-to-full charge takes around three and a half hours. Total system torque stands at 350Nm.

As with the 330e and 530e, both 20e models have a neat trick hidden in their sat-navs - an automatic eDrive zone, which when you've entered a destination into the sat-nav, recognises when you need to drive through a low-emissions or zero-emissions zone, and will juggle the car's output and electric use to make sure you've enough battery capacity to run on electric power in those areas. For now, it's a voluntary bit of BMW cleverness, but it's likely to become mandatory in years to come.

There's another addition to the system - bonus points. As a way to encourage people to use their cars in electric mode as much as possible, BMW will give you a notional 'point' for every kilometre you travel on pure electric power. Within a defined eDrive zero-emissions zone, you'll score double points. And what do points mean? Priz... er, charging actually - you will be able to redeem the points for free charging at BMW-approved public chargers.

On a practical note, while BMW says that the packaging of the battery pack under the back seat means that luggage space is 'almost fully available' the unfortunate fact is that a 320e saloon offers less boot space than VW Golf hatchback - just 375 litres. The 520e saloon isn't much better off at 410 litres, while the 3 and 5 Touring estates offer 410 and 430 litres respectively.

Both models get an exterior low-speed noise for improved pedestrian safety, and there's equally an in-cockpit 'exhaust' noise for when you fancy some sporting driving. Other standard equipment also includes automatic air conditioning with extended features (BMW 520e Sedan, BMW 520e Touring) or automatic air conditioning (BMW 320e Sedan, BMW 320e Touring) and auxiliary heating and air conditioning. The interior of the vehicle can be preheated or precooled as required. This ensures pleasant temperatures before starting off even if the battery has a low state of charge. The interior can be pre-conditioned remotely via the My BMW App using a smartphone.

The new models are part of BMW's rapid electric and electrified car expansion, which involves 25 new battery models on sale by 2025. "It is already quite clear that electromobility is increasingly becoming a key driver of sustainable growth for the company. For the financial year 2021, the BMW Group is aiming to increase sales of vehicles with electrified drive systems by around 50 per cent compared to the already very successful year 2020" said a BMW spokesperson.

Update: BMW has confirmed that there are no plans to sell the 320e or 520e in Ireland (or in the UK for that matter).