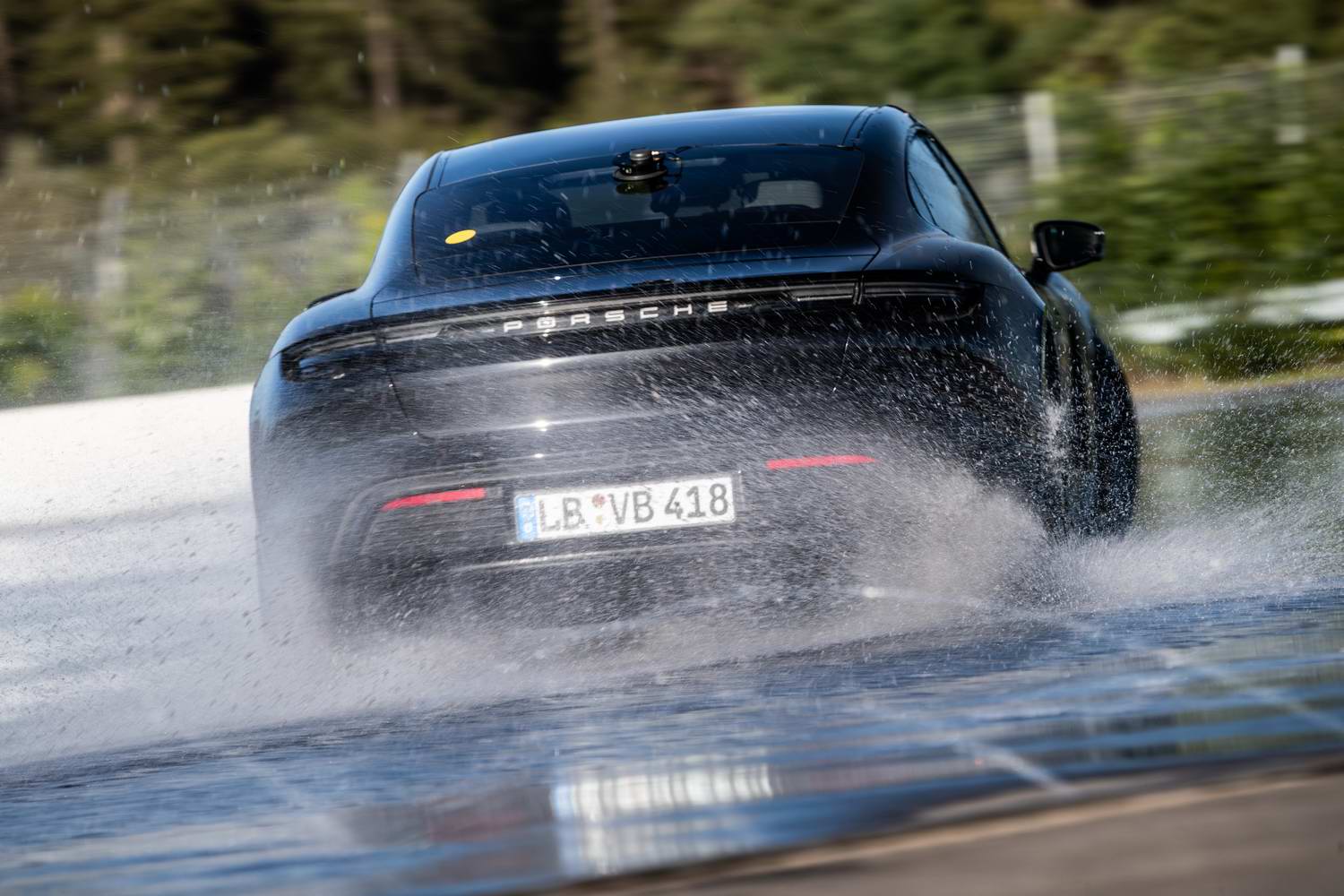 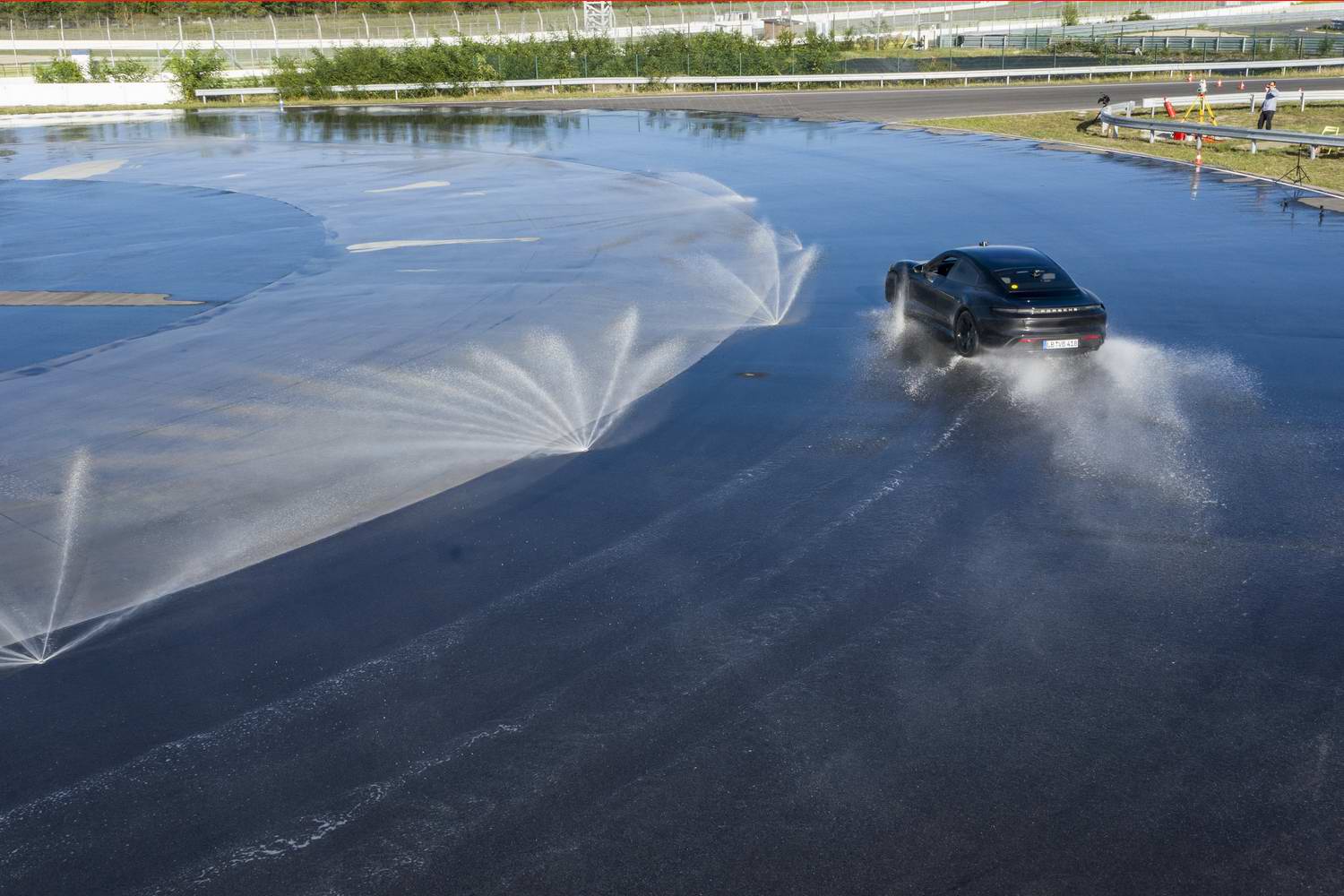 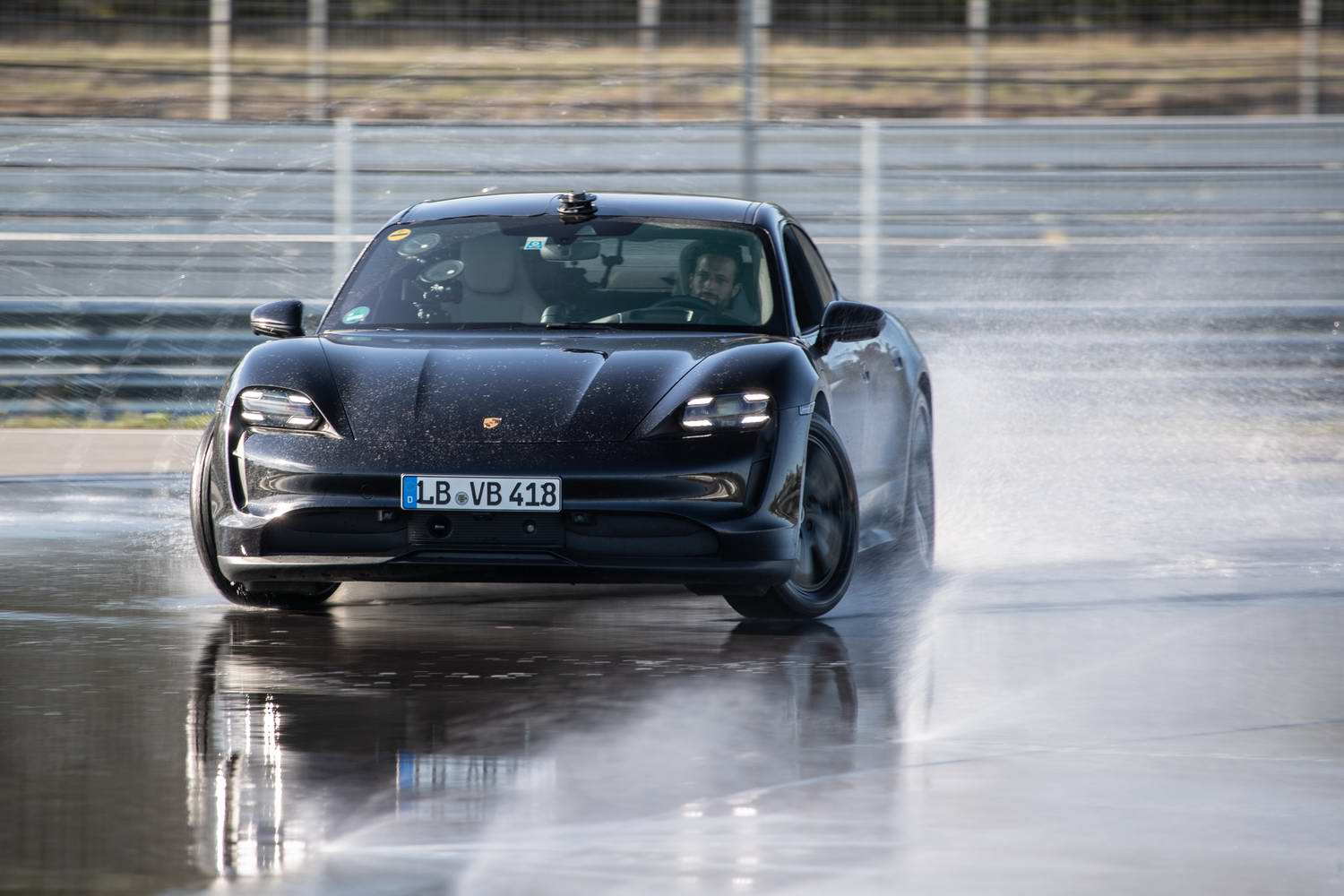 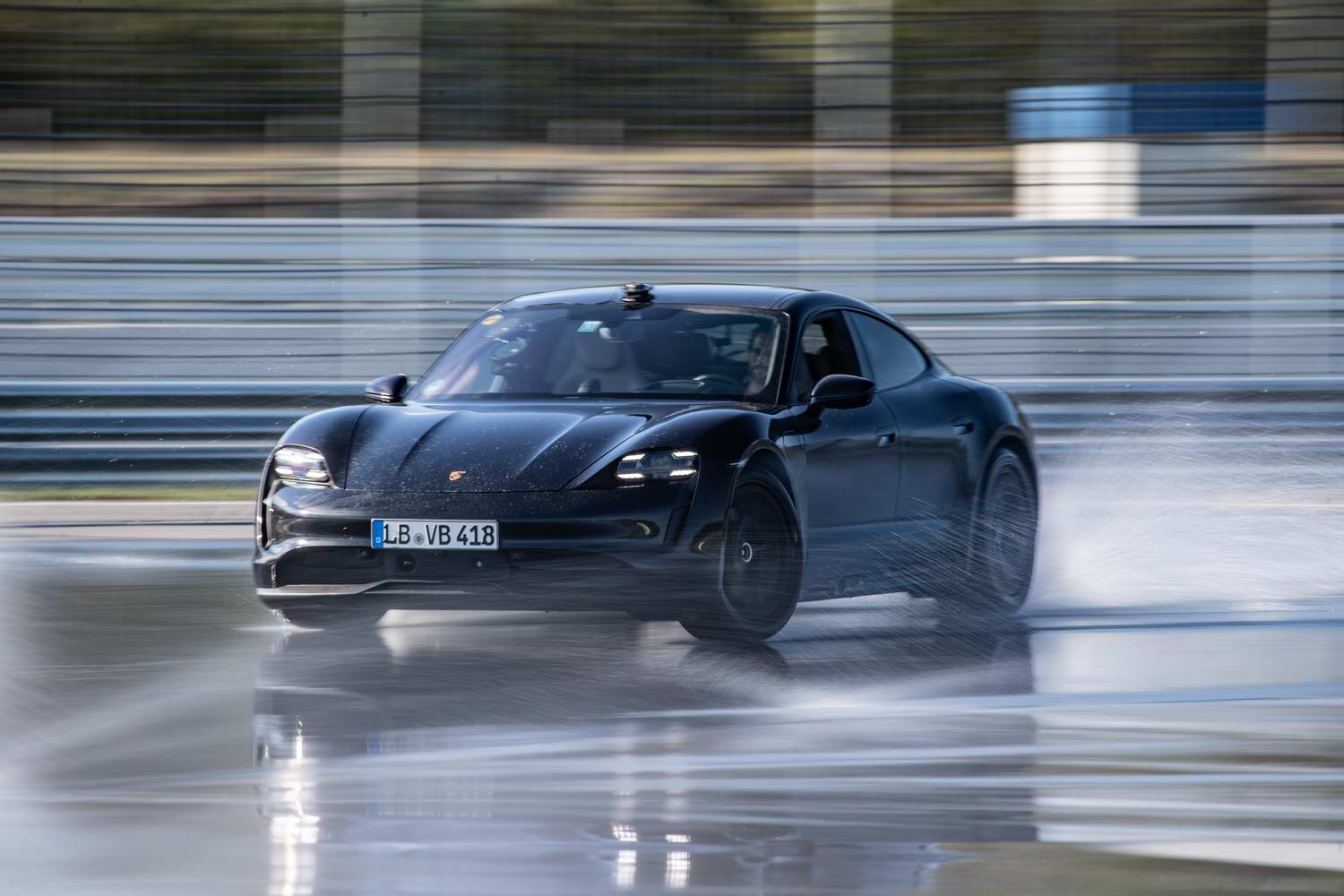 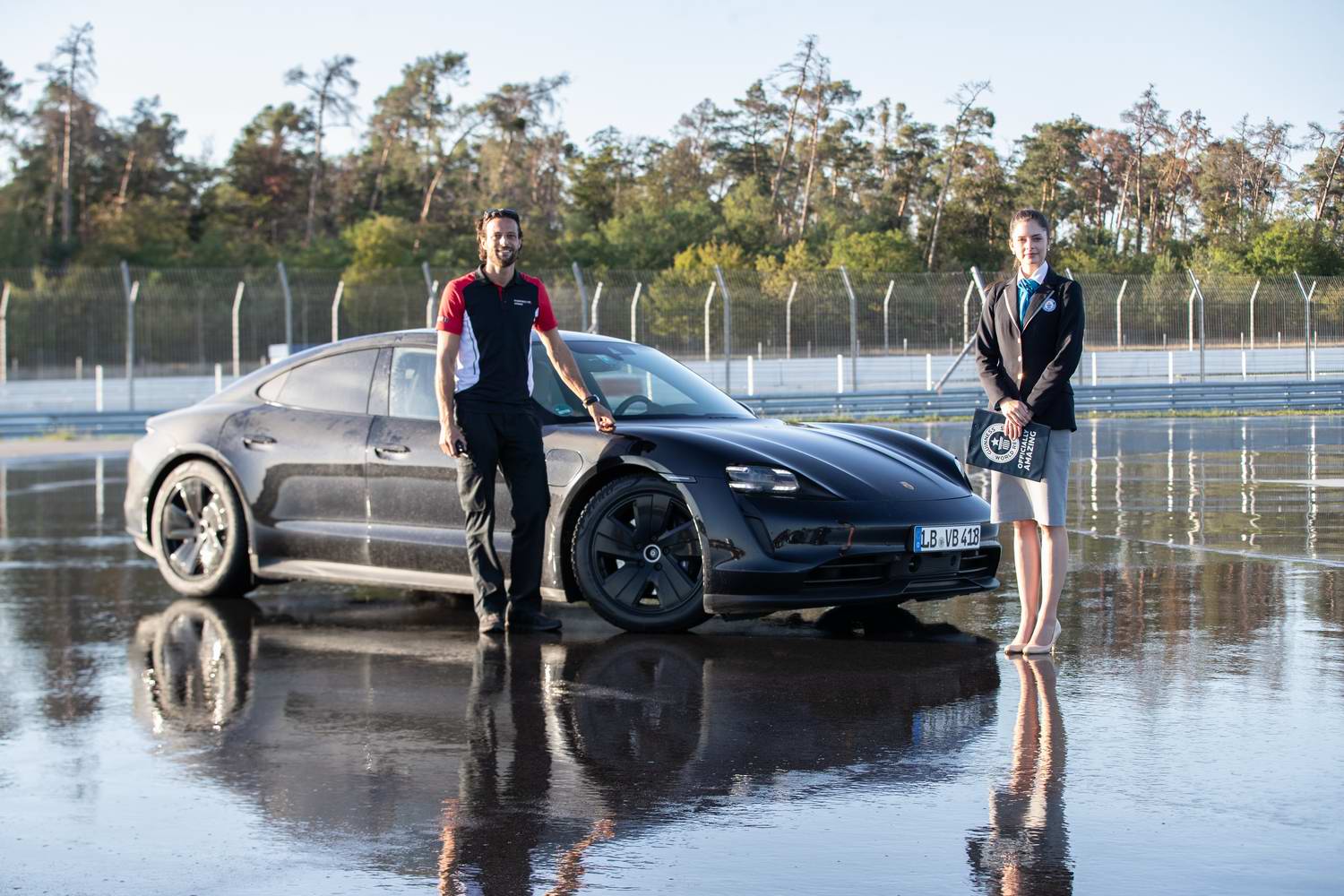 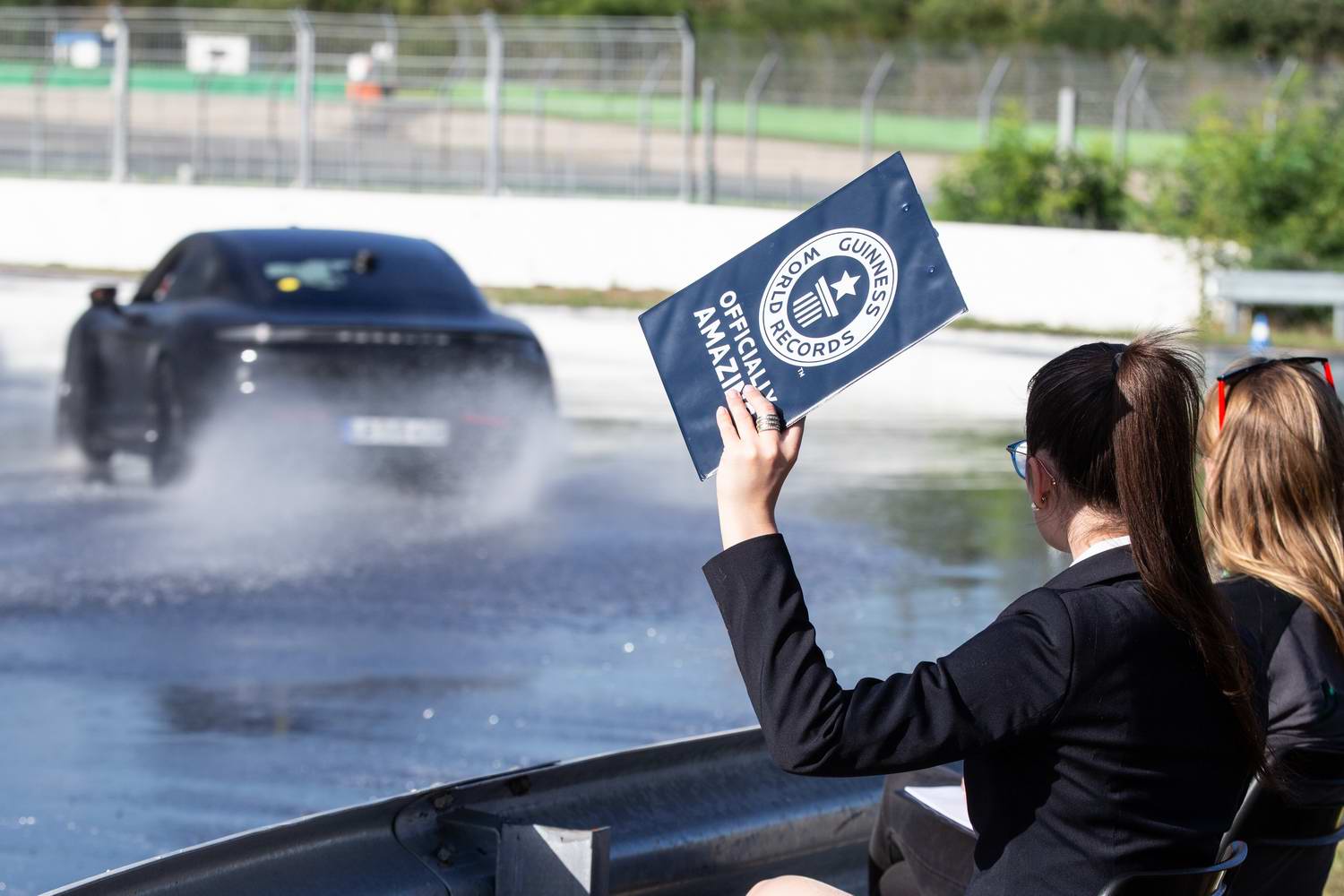 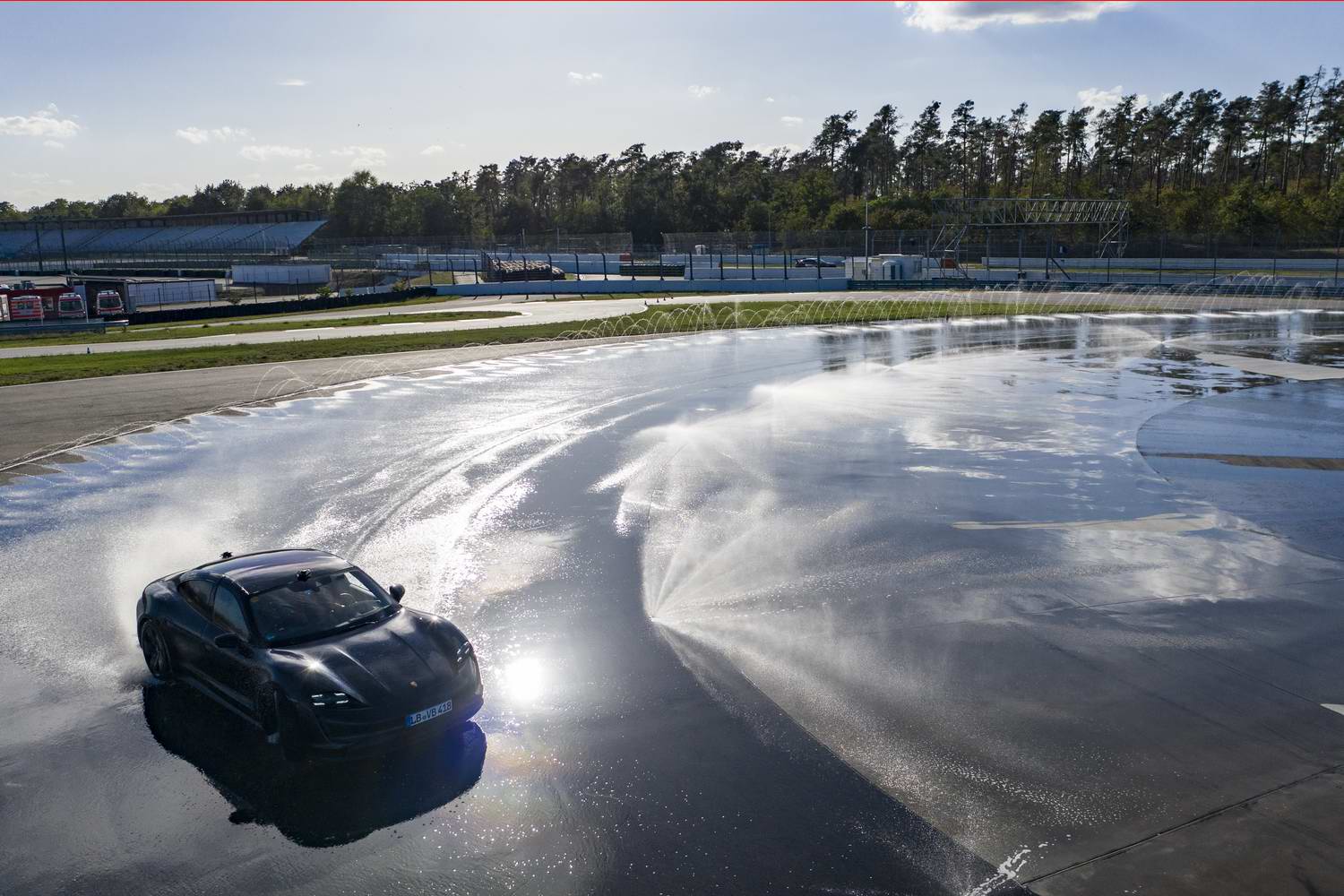 We've probably all seen that YouTube clip by now of a Porsche Taycan electric super-saloon having, shall we say, some issues pulling onto the driveway of a suburban house. However, for those who are a bit less keen on the old televisual crash-bang-wallop, Porsche has just carried out a stunt with a Taycan that has a happy, not crashy, ending...

In fact, Porsche has written the name of the Taycan into the Guinness World Records book (well, actually, probably someone from Guinness did the actual writing bit but you know what we mean...) by setting an electric car drifting record.

Porsche instructor Dennis Retera did 210 laps on the 200-metre-long drift circle at the sports car maker's driving experience centre at the Hockenheim race track in Germany. All of it without the front wheels ever pointing in the same direction as the curve.

The electric Taycan drifted constantly for 55 minutes, covering 42.171 kilometres (which Porsche helpfully points out is a marathon distance) at an average speed of 46km/h. Helpfully, the Taycan in question was a new rear-wheel drive model (already on sale in China but not just yet in Europe) which makes it easier to slidey-skiddy than the usual four-wheel drive Taycan 4S or Turbo.

"When the driving stability programmes are switched off, a powerslide with the electric Porsche is extremely easy, especially of course with this model variant, which is driven exclusively via the rear wheels," says Dennis Retera, "Sufficient power is always available. The low centre of gravity and the long wheelbase ensure stability. The precise design of the chassis and steering allows for perfect control at all times, even when moving sideways. Nevertheless, it was also very tiring for me to keep my concentration high for 210 laps, especially as the irrigated asphalt of the drift circuit does not provide the same grip everywhere. I concentrated on controlling the drift with the steering - this is more efficient than using the accelerator pedal and reduces the risk of spinning."

The attempt took place under the supervision of Guinness World Records official record judge Joanne Brent on the irrigated driving dynamics area of the Porsche Experience Centre. Brent has been supervising record attempts of all kinds for Guinness World Records for over five years: "We've had some drift records, but with an electric sports car it's something very special for us too. Here Porsche has done real pioneering work," she said.

Guinness went to the trouble of meticulously measuring and surveying the test track and skidpan, to make sure that the record would be valid, but most of the actual data came from the car's onboard yaw and GPS sensors.

Just to make sure everything was kosher, engineer Denise Ritzmann from DEKRA (Germany's independent vehicle inspection experts) was on hand to certify the Taycan as being fully road legal. Ritzmann knows all about drifting: she was European drifting champion in 2018 and 2019 and was also responsible for ensuring the Taycan remained in a permanent drift throughout the record attempt: "You can see at a glance whether the front wheels are pointing in a different direction to the curve. As long as this is the case, the car is drifting," she explained. Together with Brent, she also counted the laps completed during the record attempt.

It's not the first record for the Taycan - it's already set a 24hrs record at the huge Nardo speed bowl in southern Italy, travelling 3,425km in that time period, while the electric Porsche also holds a 7:42 minute lap record at the Nurburgring, and 26 sprints from a standing start to 200 km/h at the airfield in Lahr.