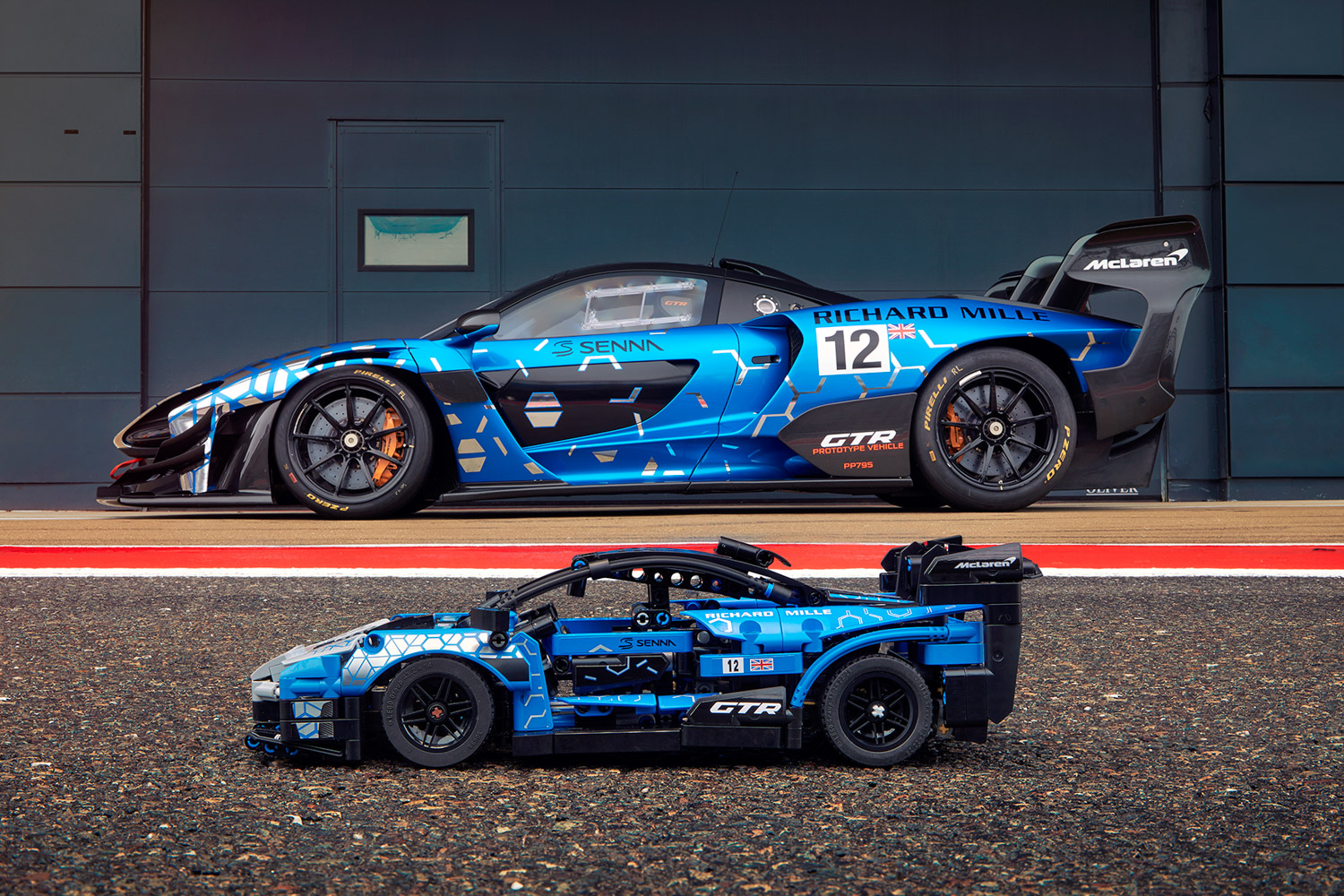 The announcement of any new Lego kit is always something we love, but especially so when it's a car of some sort (well, come on; we are a car website, after all) and double especially when it's a Technic set. So here's the bricky-blocky version of the mighty McLaren Senna GTR. Want.

It's not one of Lego Technic's massive thousands-of-bricks sets like the Bugatti Chiron or the Lamborghini Sian, but is still an 830-piece model of the GTR. The Lego version comes with a V8 engine with moving pistons, opening dihedral doors and a unique blue livery, and the whole thing measures 32cm long. It'll be on sale from January 1, 2021, for a very reasonable recommended retail price of €49.99.

Of course, this is not the first model to come out of the five-year-long partnership between the Danish construction-toy firm and the British supercar maker, and it's not even the first time the Senna has been presented in block format. All of the P1, the 720S and the Senna have been made available in smaller Speed Champions sets, in 2015, 2017 and 2019 respectively.

Robert Melville, the design director for McLaren Automotive, said: "The team responsible for the design of the McLaren Senna GTR worked incredibly closely with their design counterparts at the Lego Group to capture the extreme looks, excitement and essence of such an incredible supercar for Lego Technic builders. Just like the real thing, the Lego model is packed full of incredible details, from the rear spoiler to the moving pistons in the V8 engine to the dihedral doors, meaning that we're as proud of the model as we are of the real car."

And Uwe Wabra, senior designer for Lego Technic, added: "Recreating a car that is so extreme to the core as the McLaren Senna GTR with Lego Technic gave us an incredibly interesting challenge. This track car is not like any road car I've worked on before. It's got some unique details, like its silhouettes and the awesome rear spoiler, which differentiates the building experience from others. Just like the incredible engineers at McLaren do when designing their supercars, we really pushed things to the max so the resulting model perfectly honours the art form that is the McLaren Senna GTR."