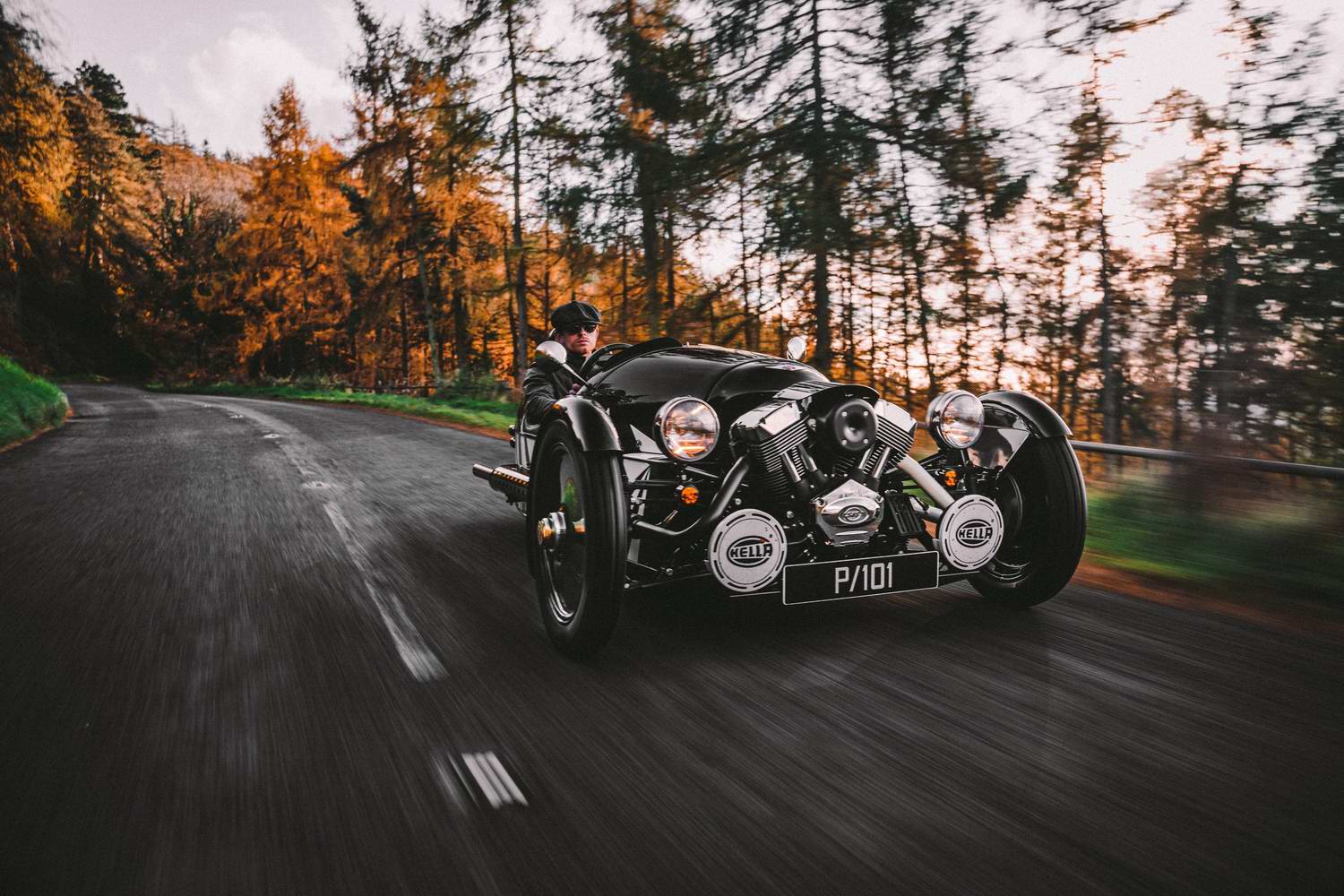 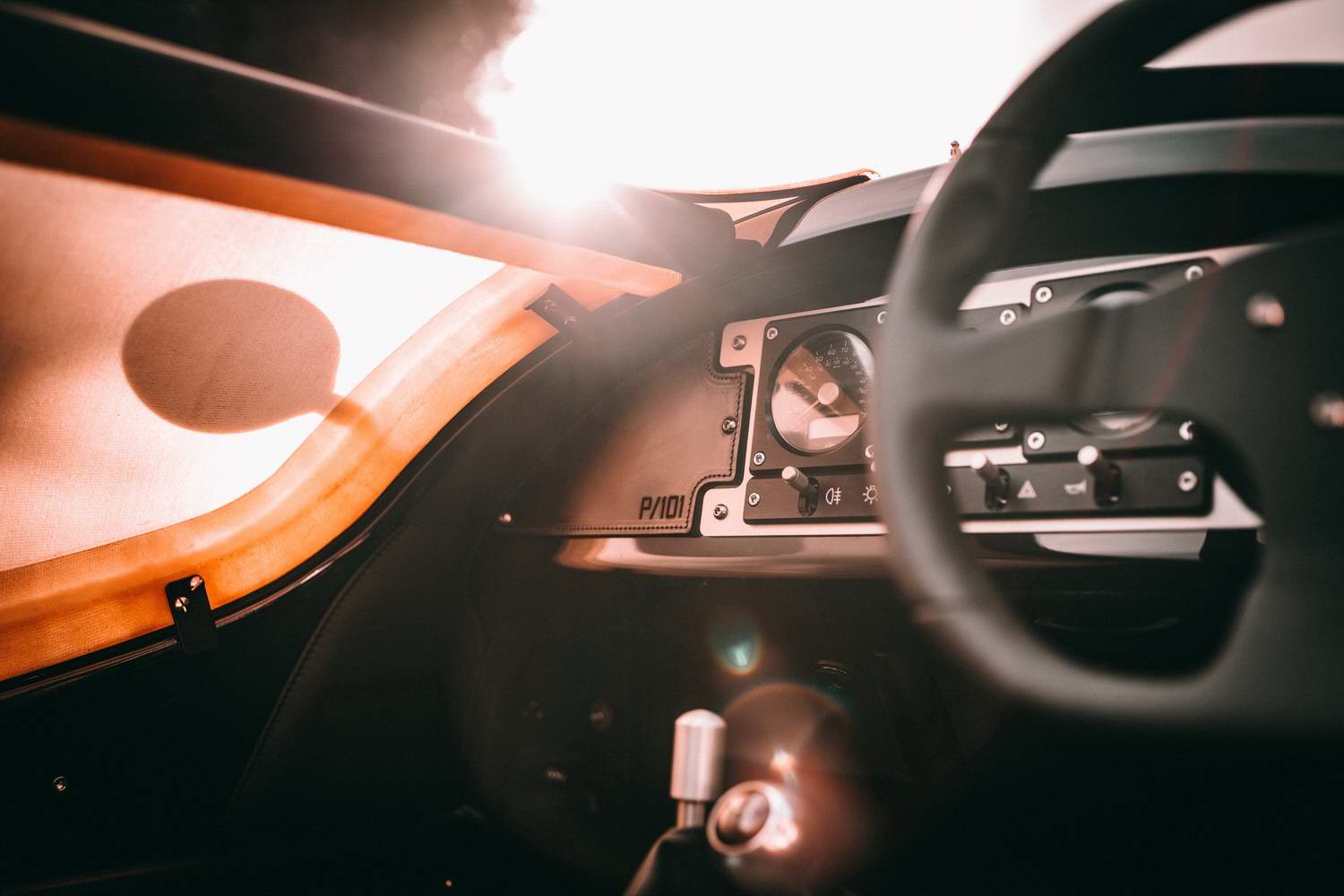 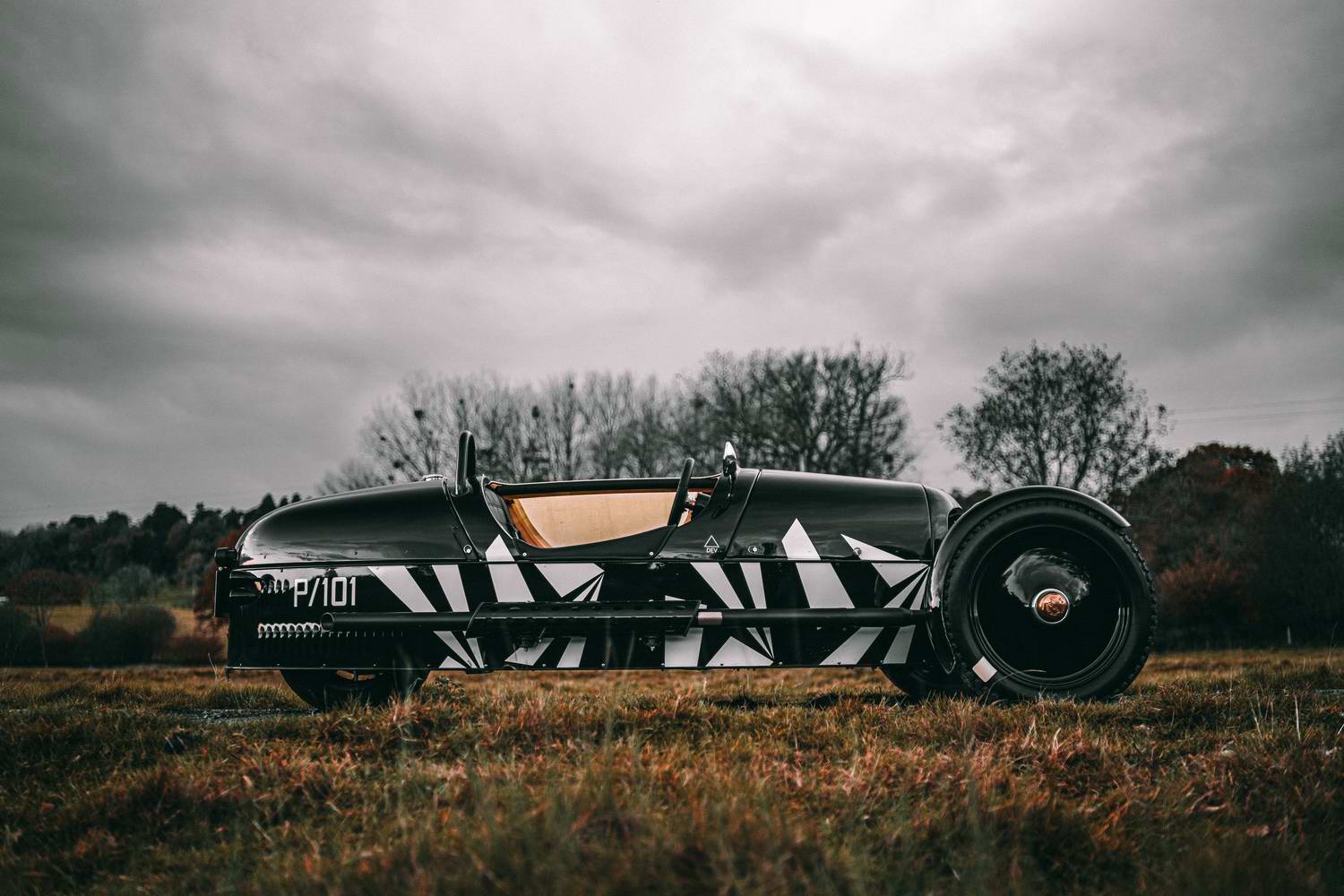 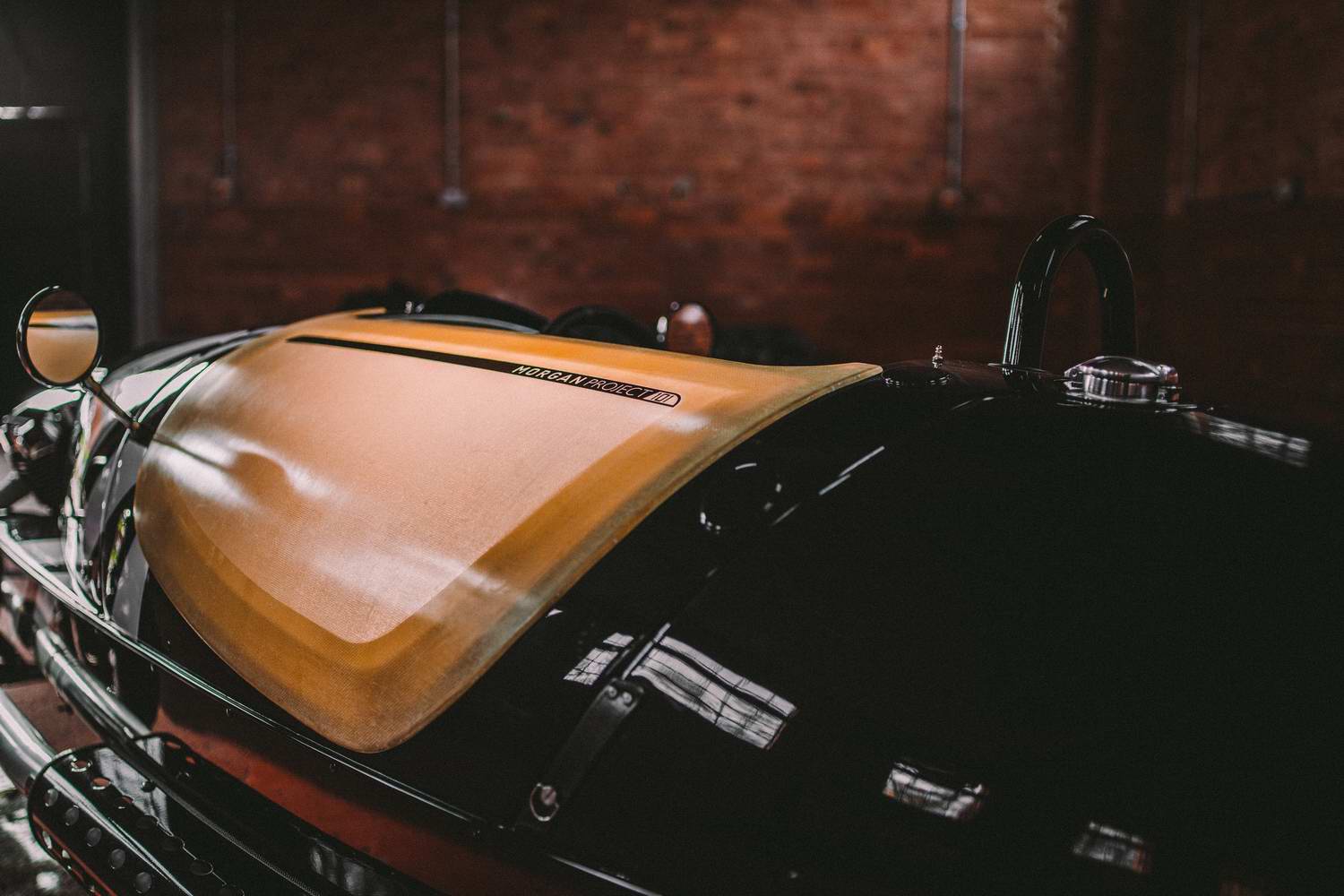 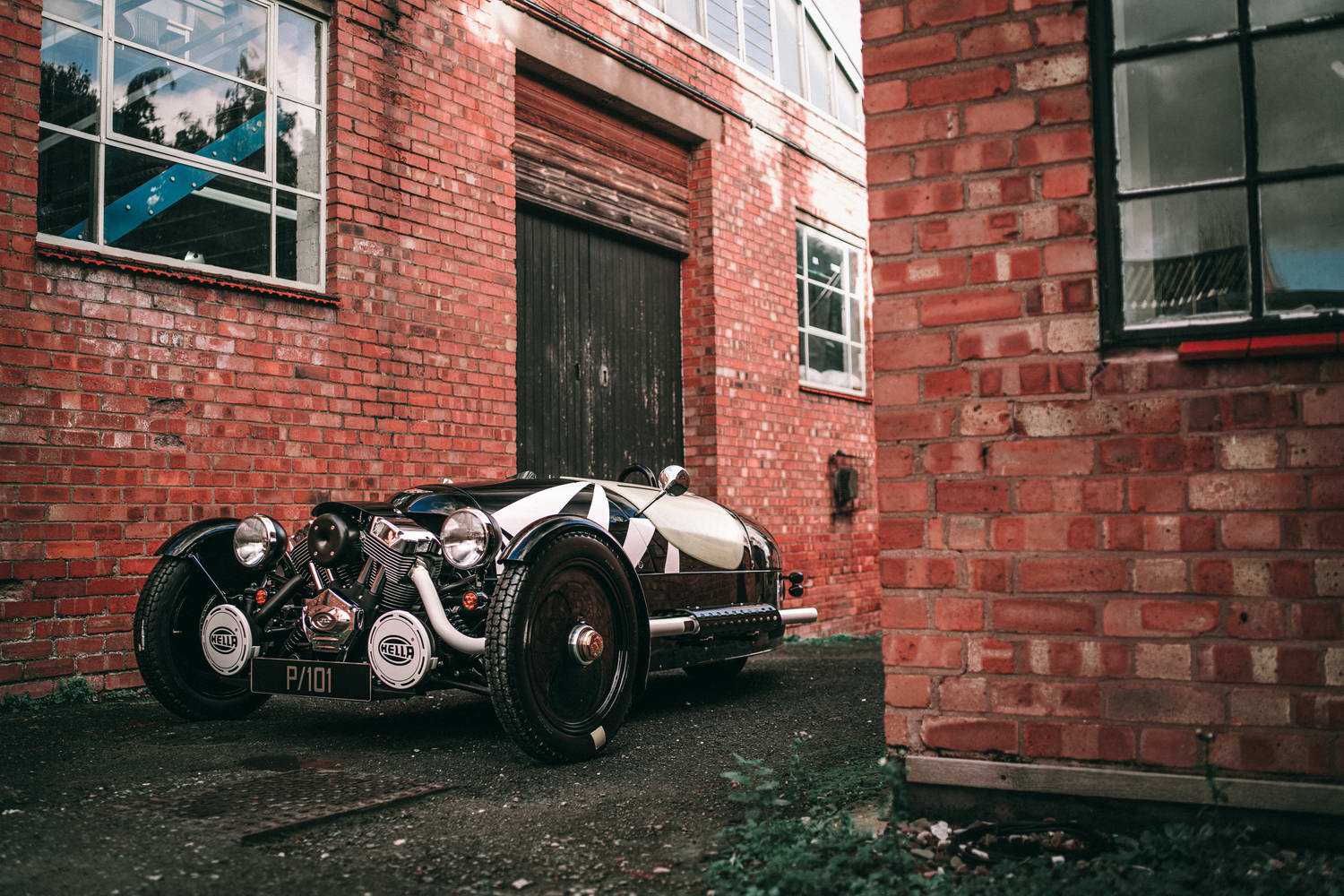 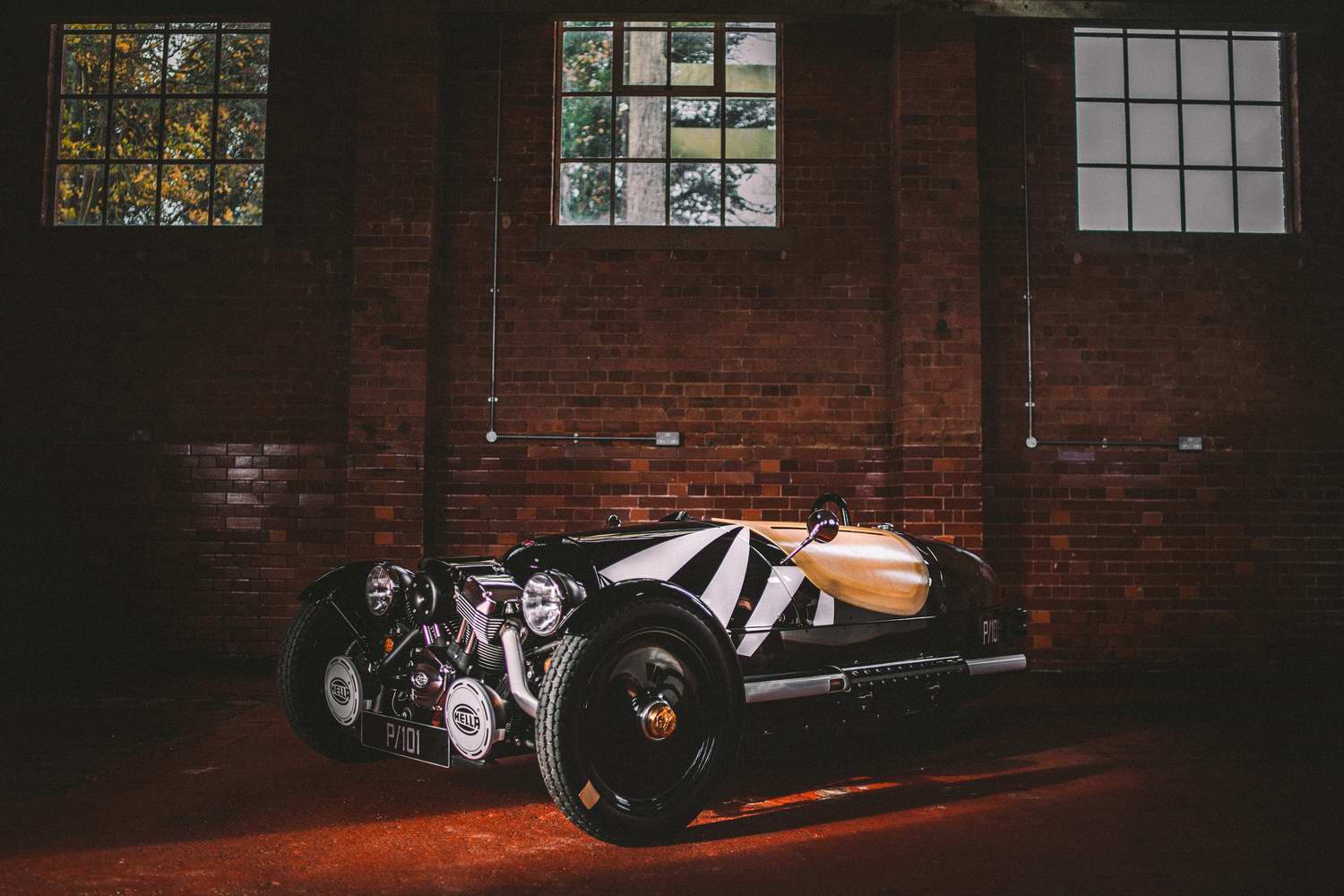 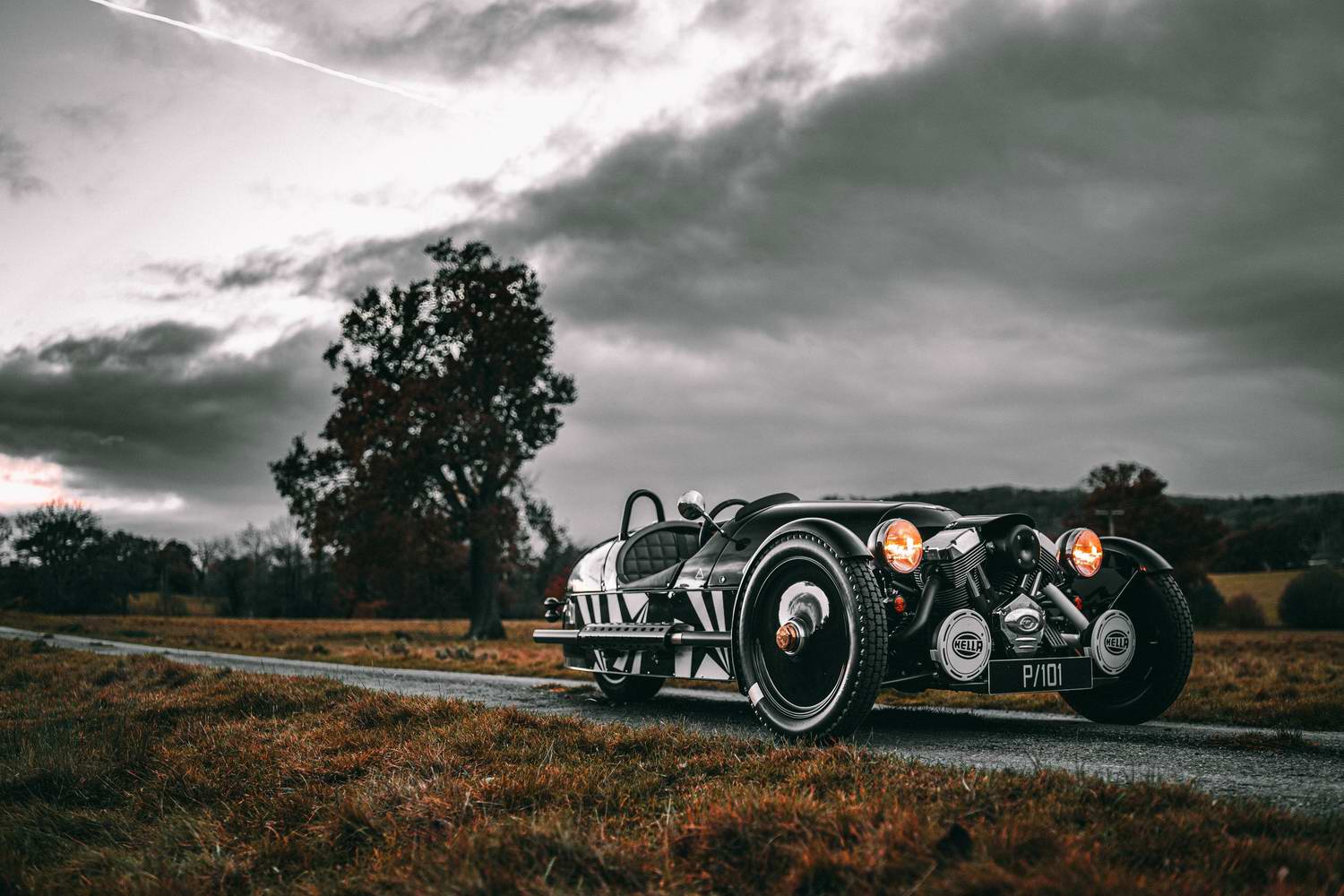 C'mon - who doesn't love a Morgan 3 Wheeler? The motorbike-engined throwback to Morgan's pre-WWII roots has been delighting enthusiasts since it was first launched (or should that be re-launched?) in 2011. Since then more than 2,500 have been built and sold, making it one of the best-selling Morgans ever.

End of production, for now...

Now, it's ceasing production (boo!) but will be revived as an all-new model next year (hurrah!). To mark the end of the current version's lifecycle, Morgan is producing a limited run of 33 cars, badged P101 - the 3 Wheeler's original in-house development code.

The P101s will get a 'single-leaf' tonneau cover, finished in a translucent golden colour, and made of the same sort of lightweight materials commonly used on F1 cars in the 1970s. The idea is to cover up the passenger side and make the P101 appear almost like a single-seat racing car.

Then there are the rather cool Aero-Disc wheels, painted to match the body colours. They're lo-drag items, and together with new spotlamps, made by Hella, help to reduce the turbulent air coming off the suspension. The P101 also gets exhausts finished in an alternating black and white colour scheme, and other unique features including torque markers on each front tyre, straight-cut exhausts, a fly screen, additional louvres, exposed rivet details, and unique P101 markings.

Each P101 will be painted in either Deep Black or Satin White Silver, but you can customise its look with a series of 'Art Packs'. These add decals and extra paint finishes in styles inspired by such things as 'Belly Tank' speed record cars (they made from actual, streamlined, aircraft auxiliary fuel tanks); 'Dazzeleship' whose black and white ziggurat patterns are inspired by battleship camouflage from the First World War; 'The Aviator' which draws on Second World War RAF colours and nose markings; and 'Race Car' which features stripes and roundels, paying homage to the liveries that adorned early Morgan race cars.

Significance of the original

Steve Morris, Chairman & CEO, Morgan Motor Company, said: "Production of the most recent 3 Wheeler has been a thrilling and exciting chapter in Morgan's history. The significance of the original Three Wheeler is undoubted, however the introduction of the 'current' 3 Wheeler in 2011 proved to Morgan, and the world, that fun cars still have a place and that the 'why not' attitude is sometimes best. The P101 celebrates the raw and stripped back nature of the 3 Wheeler, and provides us with the perfect opportunity to draw an incredible chapter of Morgan's history to a close. Once the 33 examples have been created, the opportunity for an exciting new chapter for three-wheeled Morgan vehicles begins."

Jonathan Wells, Head of Design, Morgan Motor Company, said: "I vividly remember the walls of the Morgan Design studio in 2010, adorned with images of drop tank racers, motorcycles, aircraft and various other slipstream, go-fast machines, all of which inspired our original project. As a part of the small team responsible for delivering the 3 Wheeler in 2011 - and having seen so many wonderful iterations over the years - it was a huge privilege to help assemble this special salute to everything the Morgan 3 Wheeler product pillar has given us so far. An essence of the enthusiasm, and the spirit of Morgan's modest prototype teams both past and present, has inspired the curation of the 2020 P101. A vehicle that is visually striking and unapologetic in its delivery, the P101 encapsulates the best features of three wheelers throughout Morgan's history. I particularly love the driver-focused asymmetry. This is delivered with the colourways and lightweight composite tonneau cover. The external graphics draw their inspirations from early century motorsport or camouflage liveries and serve to prove the flexibility in design specifications a Morgan offers. The low-slung running lamps aid aerodynamics, and in lowering the nose visually, add to the dramatic stance of the P101."