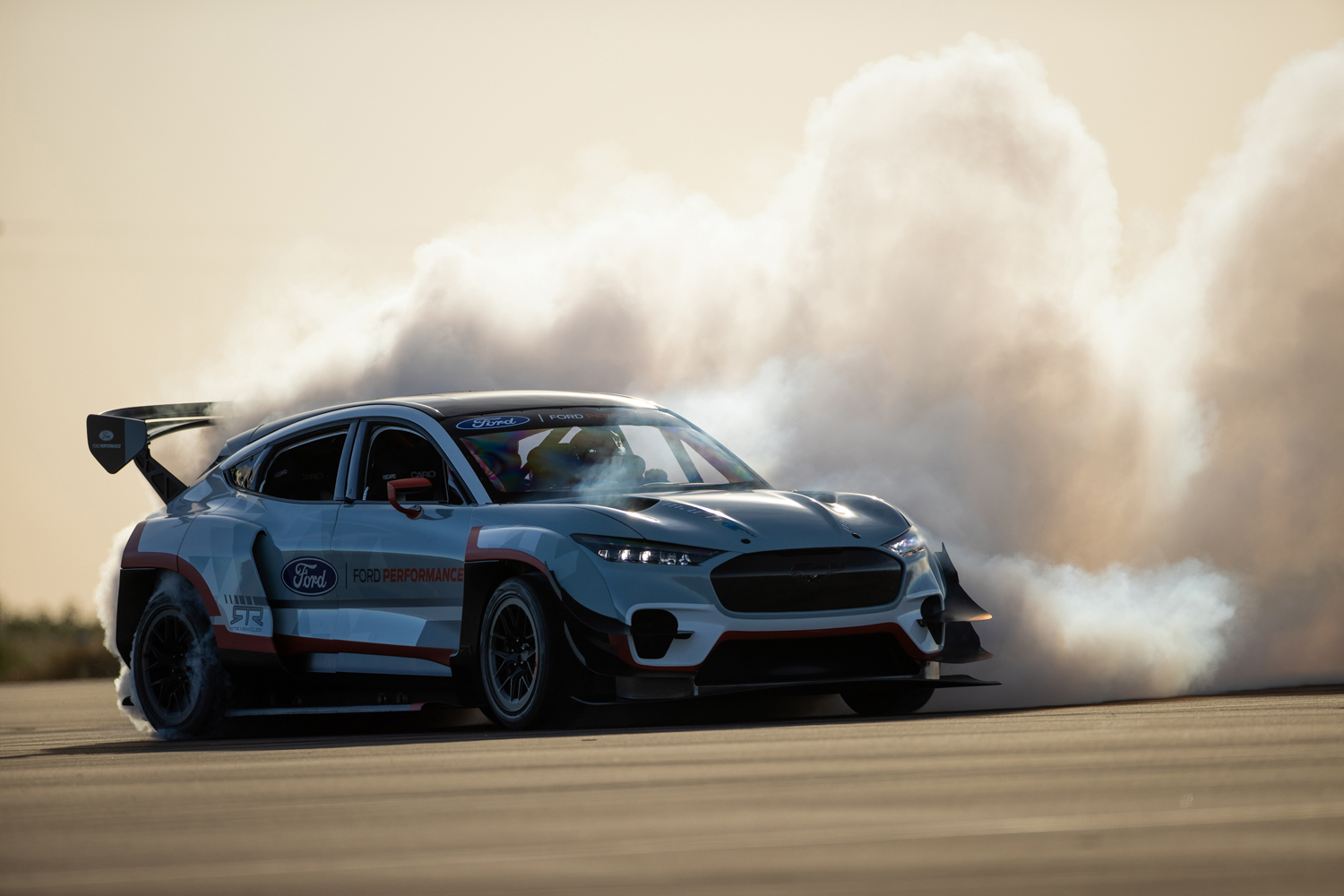 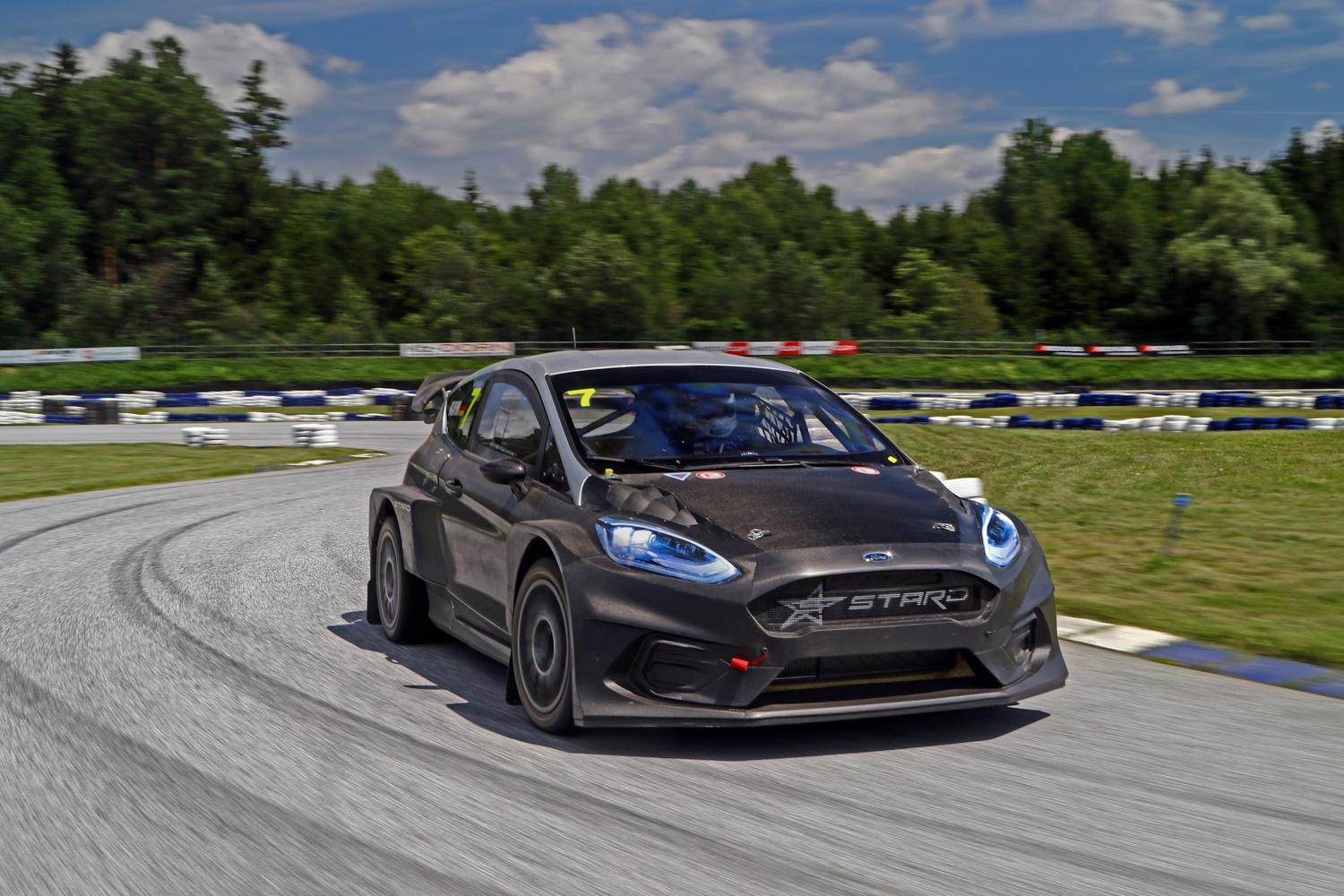 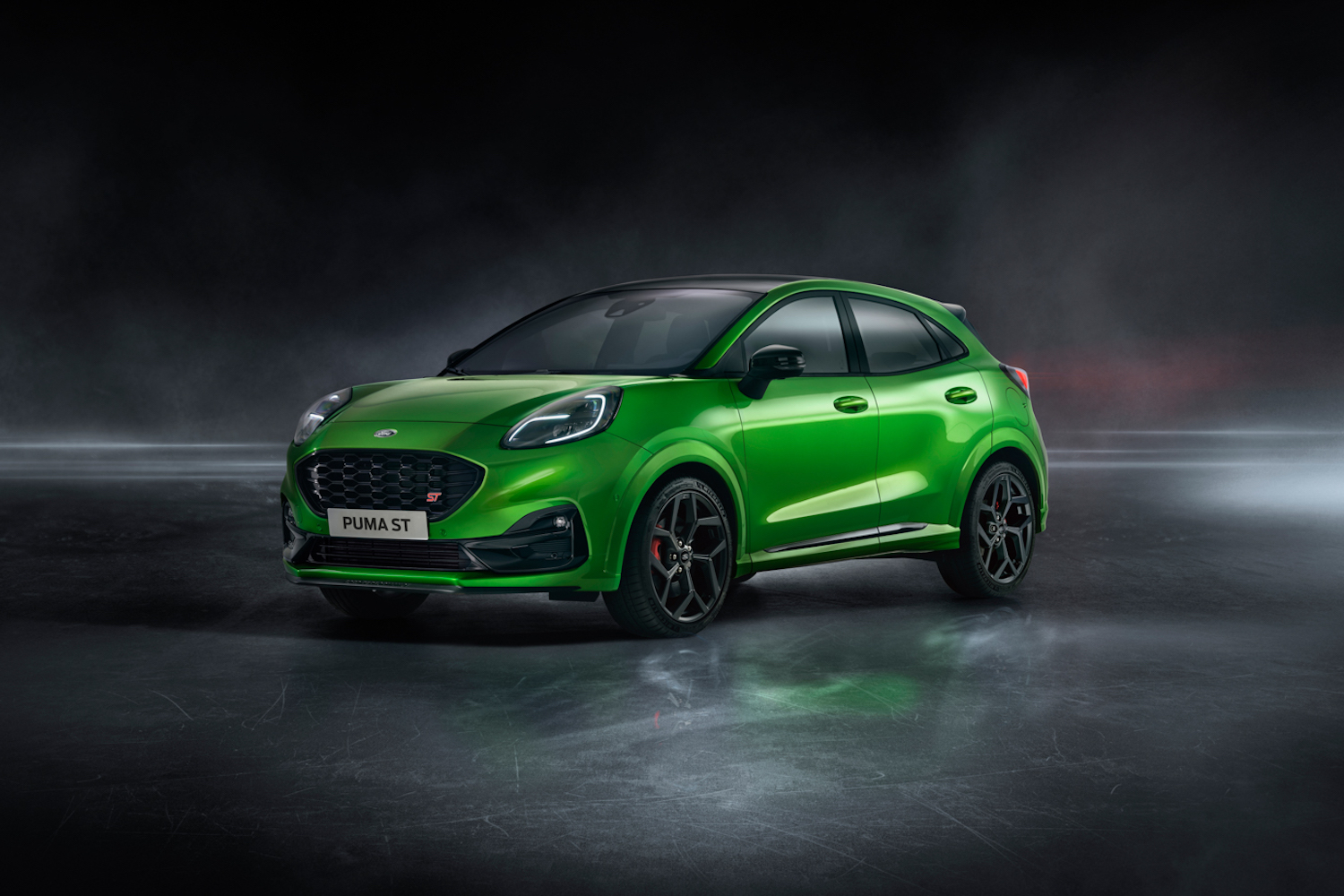 While the year has seen an awful lot of motorsport events unsurprisingly cancelled, Goodwood is going to give us all a much-needed half-term lift this weekend with the Goodwood Speed Week. And Ford is bringing along some heavy-hitting machinery to the famous Grand Prix circuit.

The most-hard-hitting of the lot is a remarkable version of the Mustang Mach-E electric SUV, the Mach-E 1400. As its name suggests, it develops a whopping 1,419hp from no fewer than seven electric motors and is part drag-racer, part-Ghymkana weapon. Rear-wheel drive, all-wheel drive and front-wheel drive configurations are all possible, and power delivery can be split evenly between front and rear, or completely to one or the other. Downforce is targeted at more than 1,000 kg at 160 mph and it will be demonstrated at Goodwood by the man who built it - Vaughan Gittin Jnr, the head of RTR Vehicles, which helped Ford to design and build the 1400. “Getting behind the wheel of this car has completely changed my perspective on what power and torque can be,” said Gittin Jr. “This experience is like nothing you’ve ever imagined, except for maybe a magnetic roller coaster.” “This is a really exciting time for Ford Performance. We are exploring how electrification can bring a whole new level of fun with projects like Mustang Mach-E 1400, and at the same time we are delivering for new customers with Puma ST the accessible, everyday performance that is the core of what we do,” said Stefan Muenzinger, Ford Performance manager, Europe.

Also on show at Goodwood, and rather more attainable for most of us, is the sporty new Puma ST. Based on the much-lauded Puma crossover, this gets the same 1.5-litre turbo 200hp engine as you’ll find in the Fiesta ST, plus a limited-slip diff and more aggressive suspension and steering setups. Ford claims 0-100km/h acceleration in 6.7 seconds, and a performance-optimised chassis features a rear twistbeam with 50 per cent more torsional stiffness than the standard Puma, 25 per cent faster steering and brake diameters increased by up to 17 per cent for ultimate fun-to-drive. Specially-developed Michelin Pilot Sport 4S tyres are wrapped around unique alloys. “Our number one priority was that the Puma ST had to be as exhilarating and capable as every ST model, without sacrificing any of Puma’s practicality,” Muenzinger said.

Not enough for you? OK, how about the STARD Fiesta ERX. What’s that you say? Why it’s a fully-electric rallycross car based on the Fiesta ST and developed by rally and racing specialists STARD to meet FIA World Rallycross Championship’s Projekt ERX regulations. Three electric motors produce more than 600hp and more than 1,000Nm of torque combined, sent to the wheels via a four-wheel drive system and two-speed transmissions at each axle for 0‑100 km/h acceleration in an astonishing 1.8 seconds, and a top speed of 240 km/h. Complying with World RX regulations, the Fiesta ERX and is available to buy in race-ready form. Oh, and for those of us of a more old-school disposition, Ford will also bring along its glorious GT supercar, which will put in an appearance in the Michelin Supercar Run, driven by former-Ford GT Le Mans 24 Hours racer Richard Westbrook.