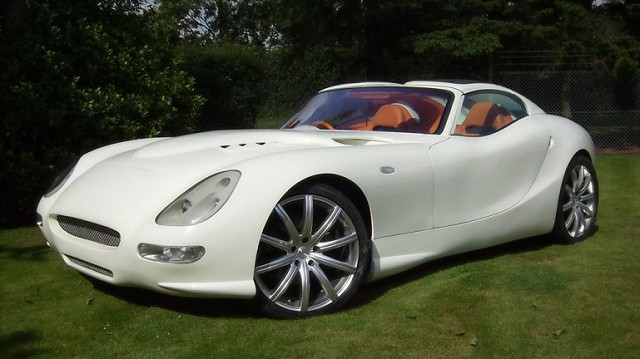 The Trident Iceni does everything a normal supercar does, though using bio-diesel and a lot less fuel.

It's been a long time coming, but Trident is all set to officially launch its green supercar, the Iceni, at the Cholmondeley Pageant of Power on 15-17 July in England.

Capable of a claimed 320km/h, the Iceni also only uses 2.8 litres/100km (100mpg) thanks to a 6.6-litre V8 turbodiesel engine lurking under the bonnet. This helps the Iceni from 0-100km/h in about four seconds, yet it is also possible to cover well over 3,200 kilometres between fill-ups thanks to its economy and use of bio-diesel.

Designed and built in the UK by Trident, the Iceni has been in development for more than eight years. The final production model has changed from the original prototypes, but the overall shape remains the same.