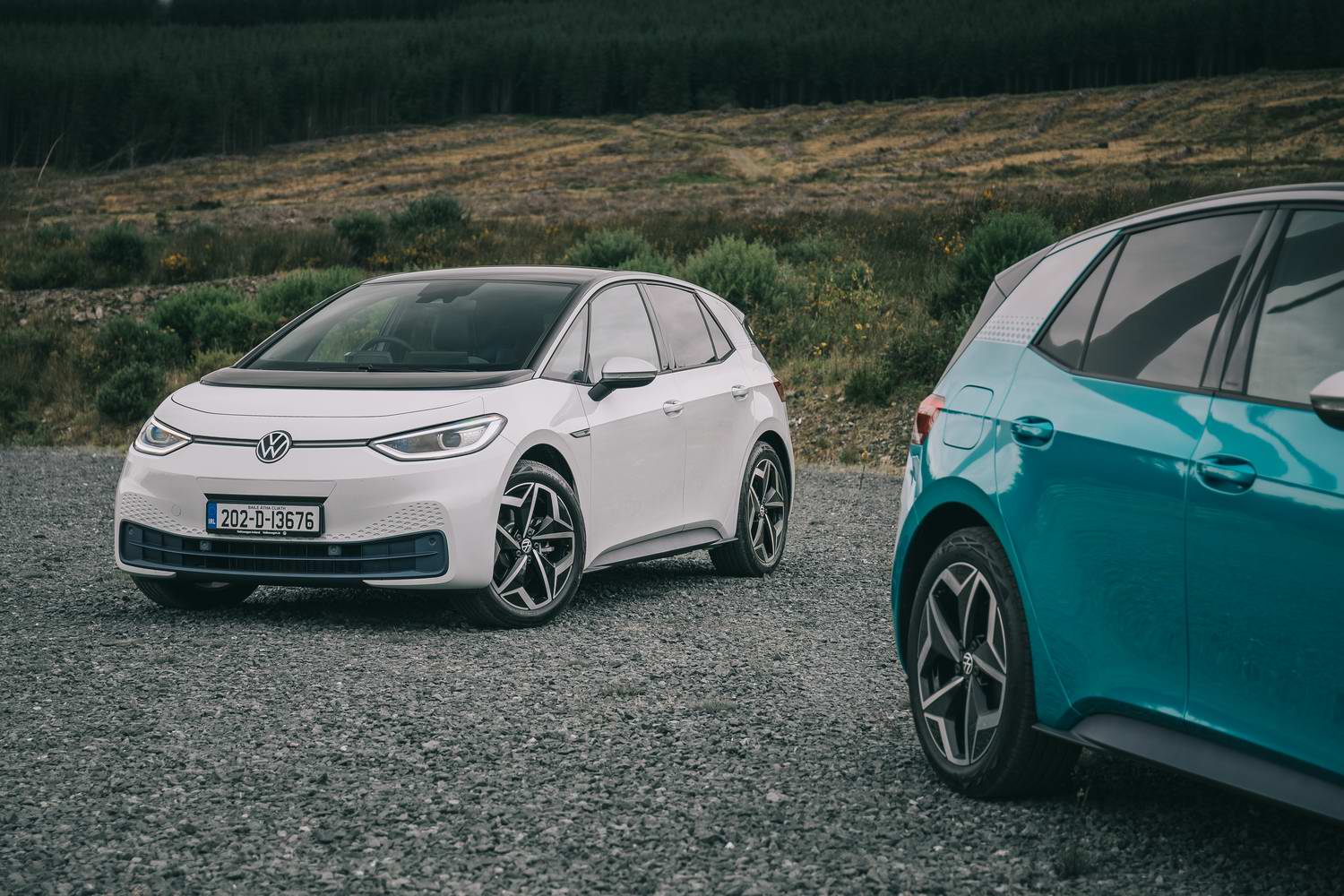 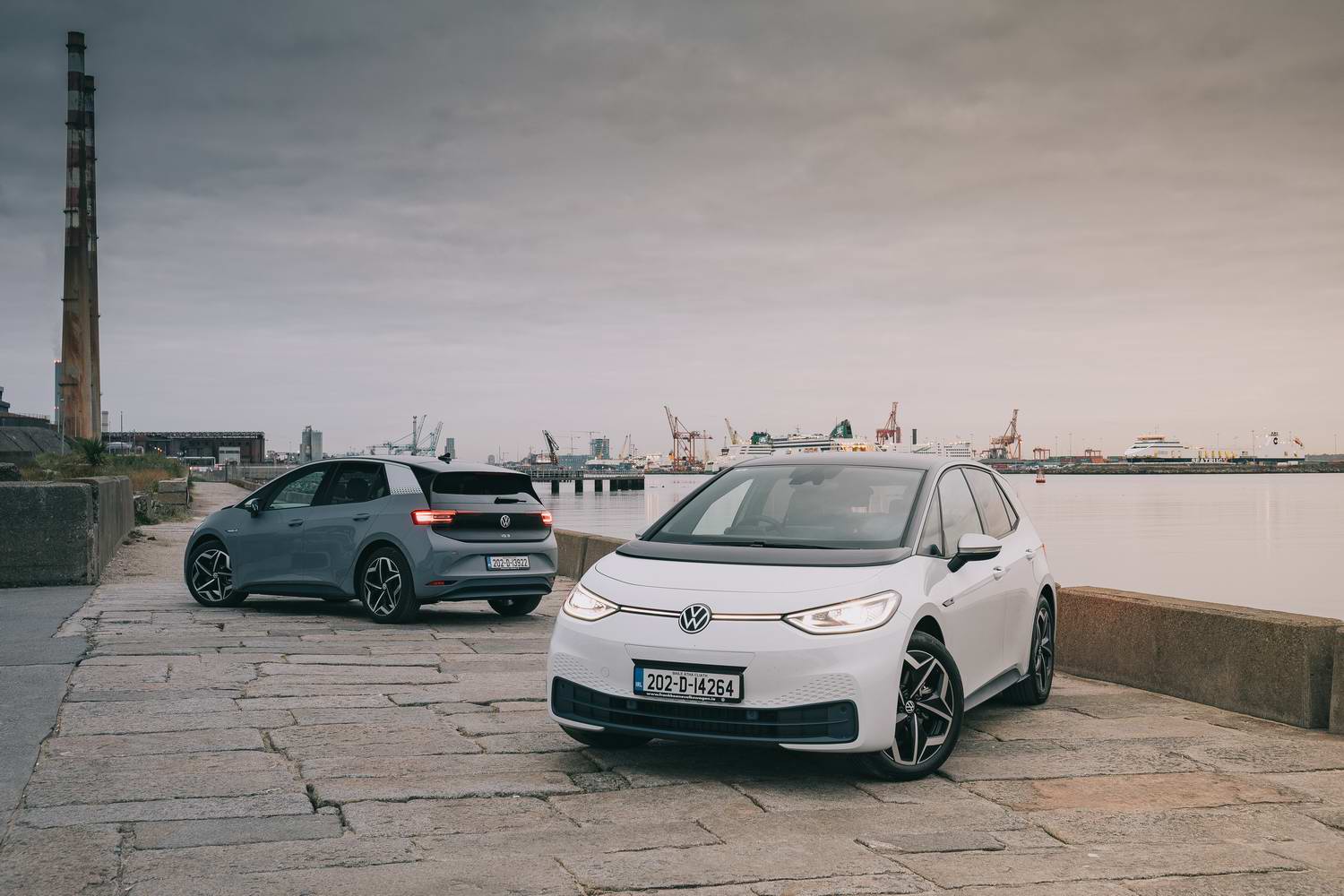 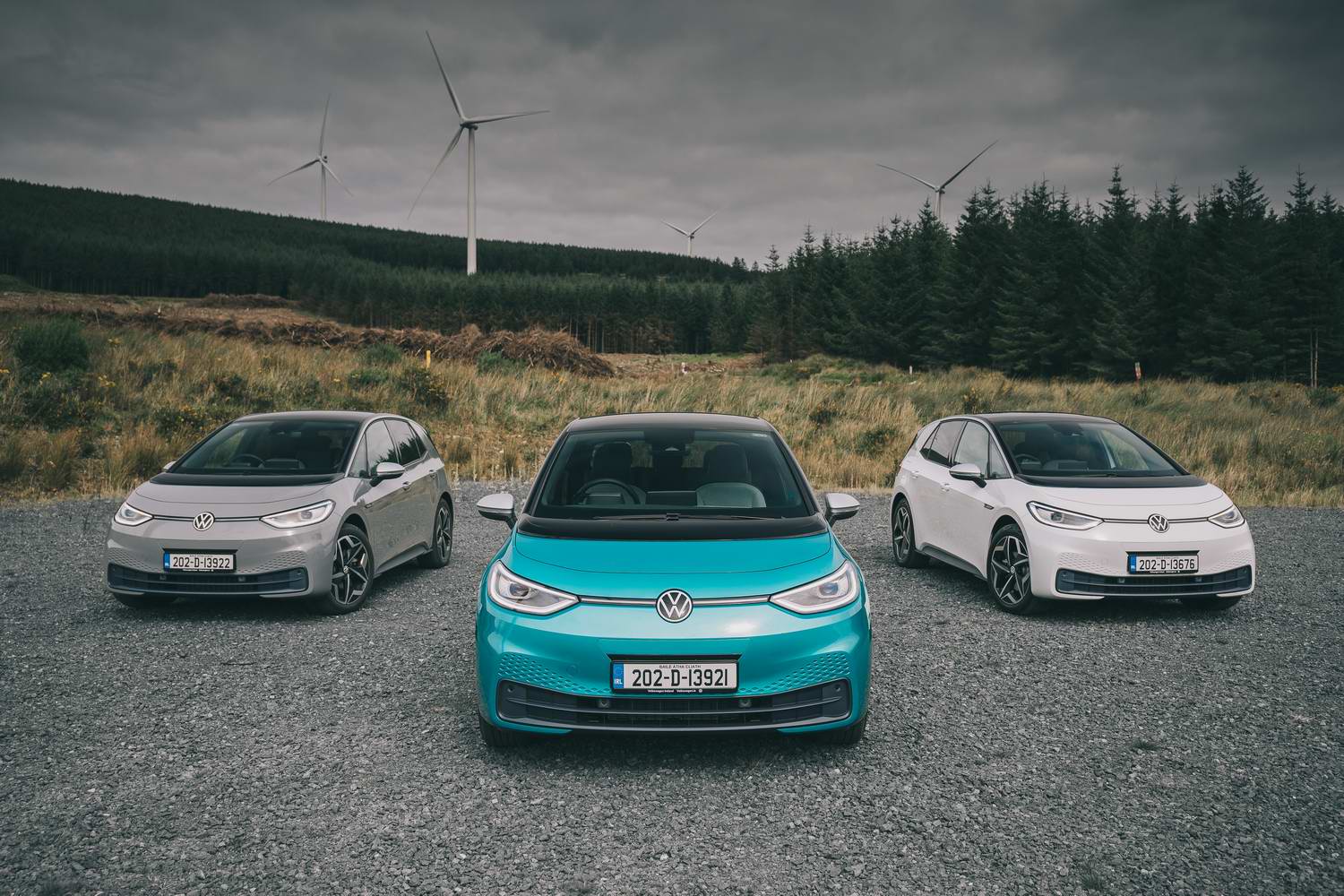 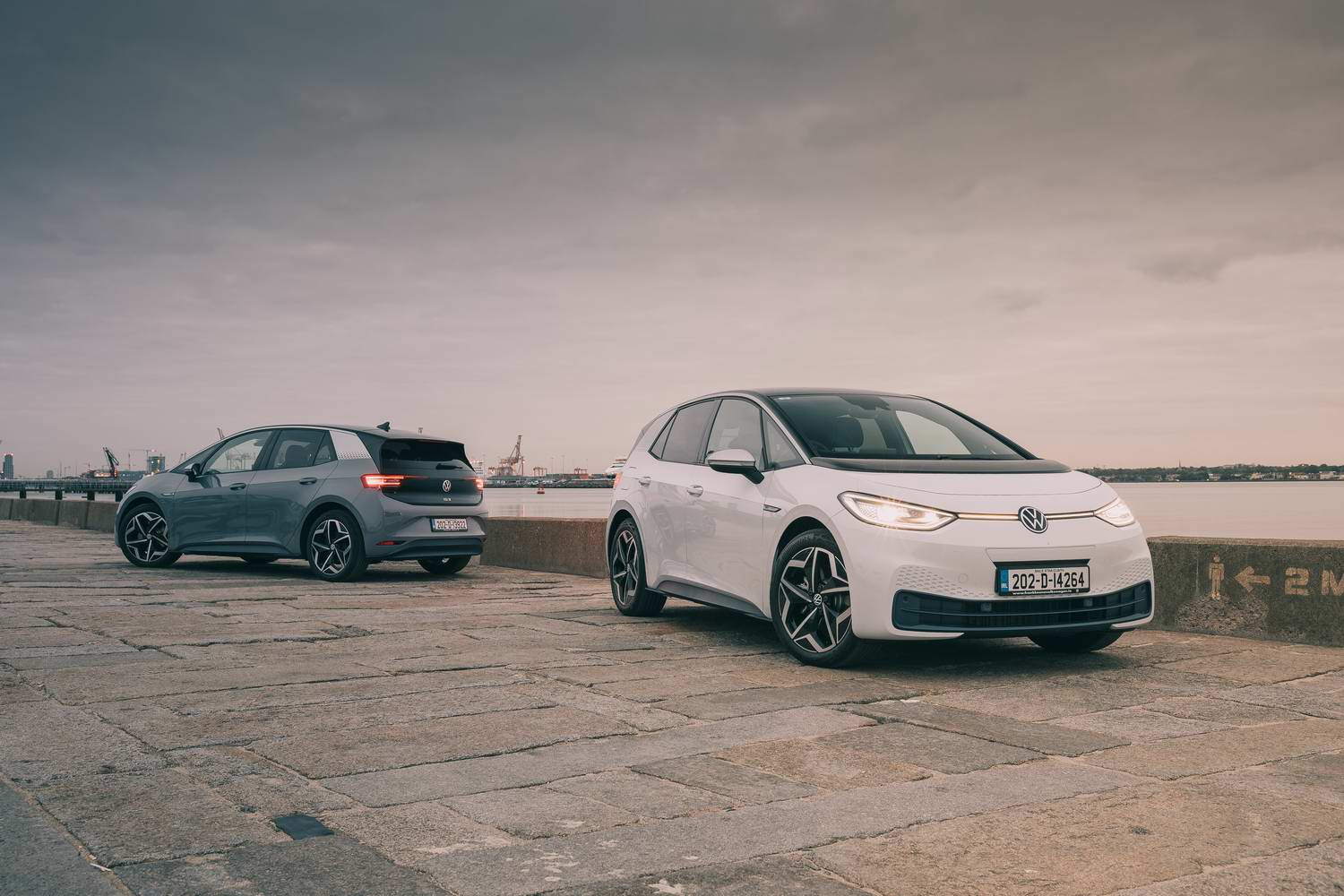 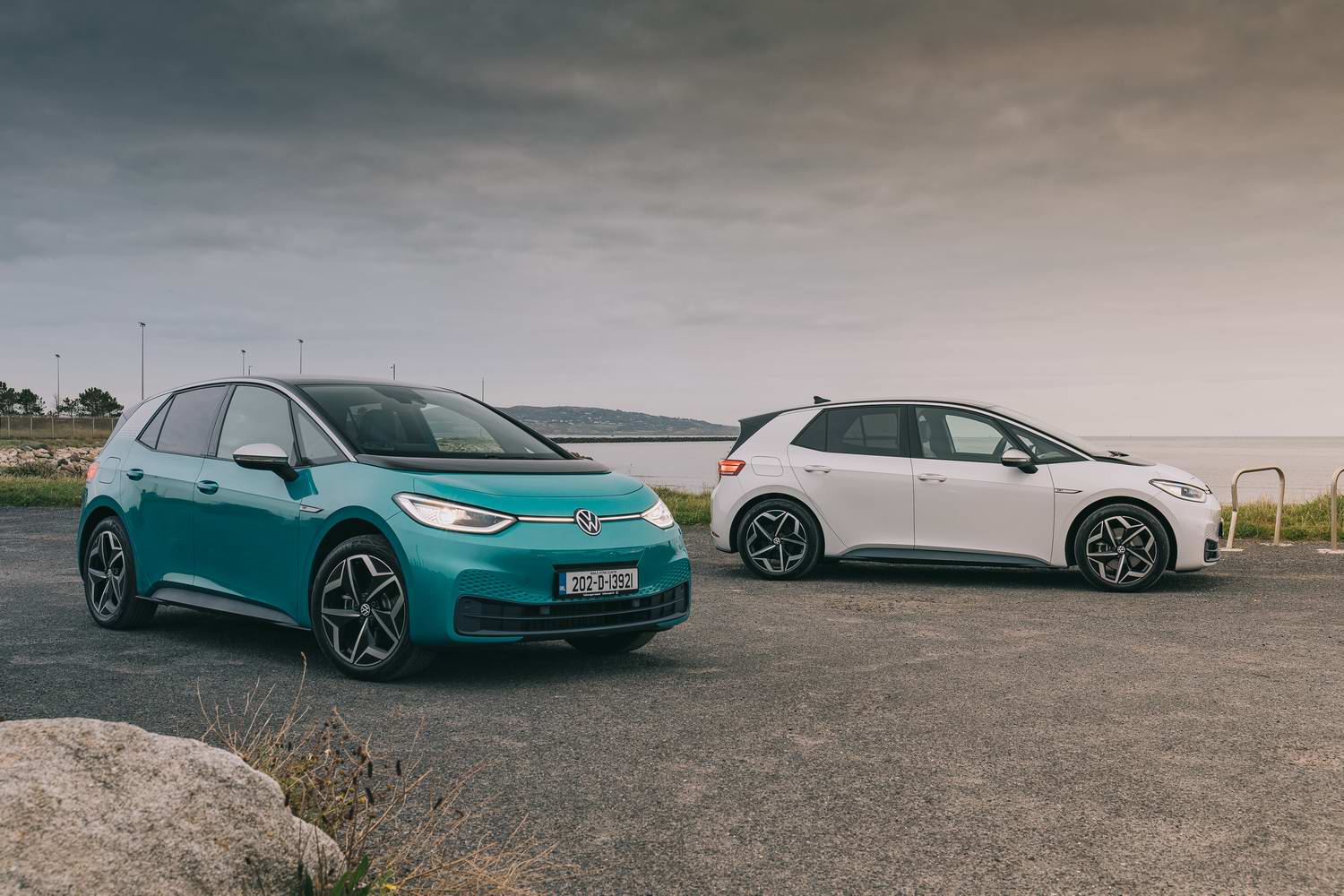 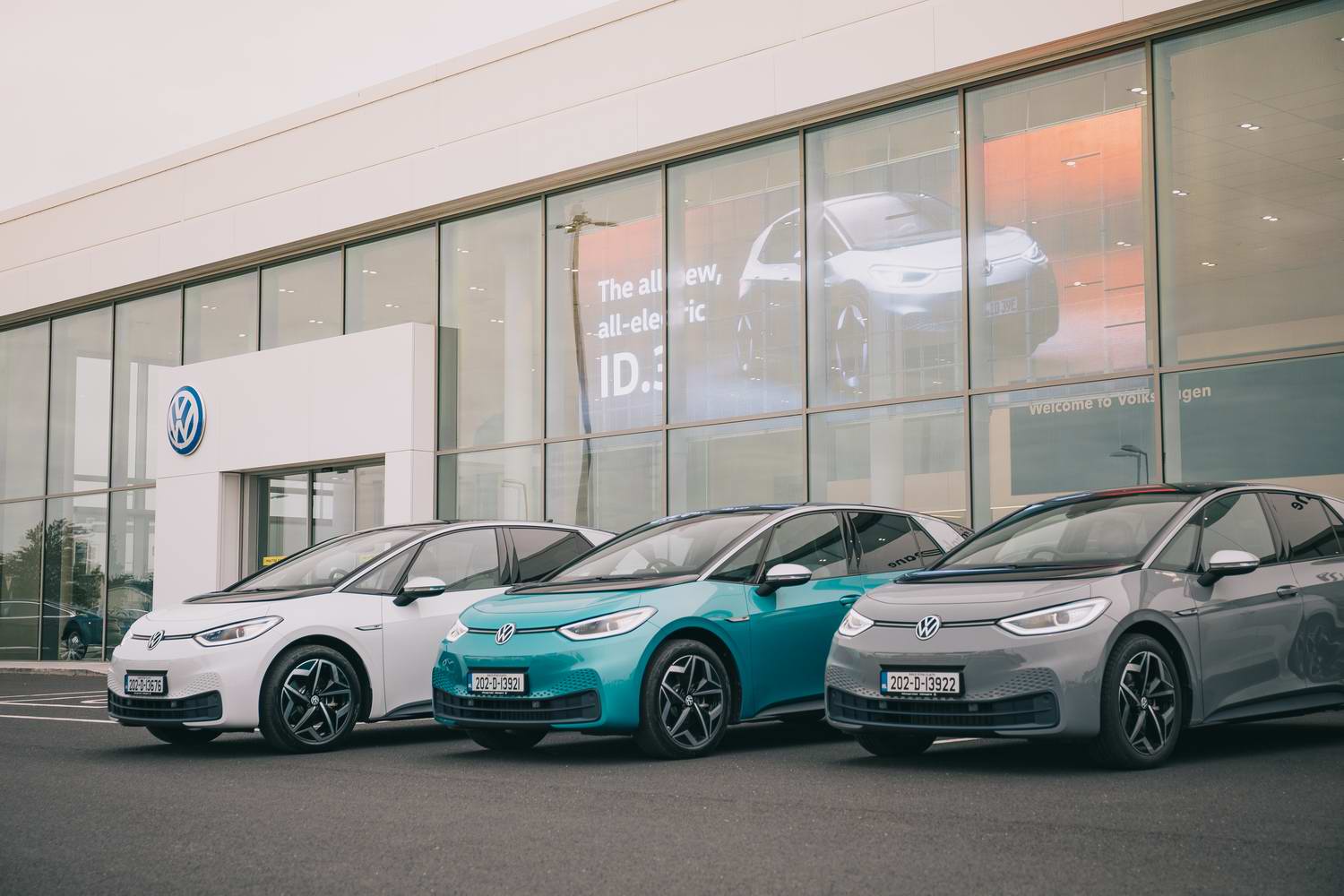 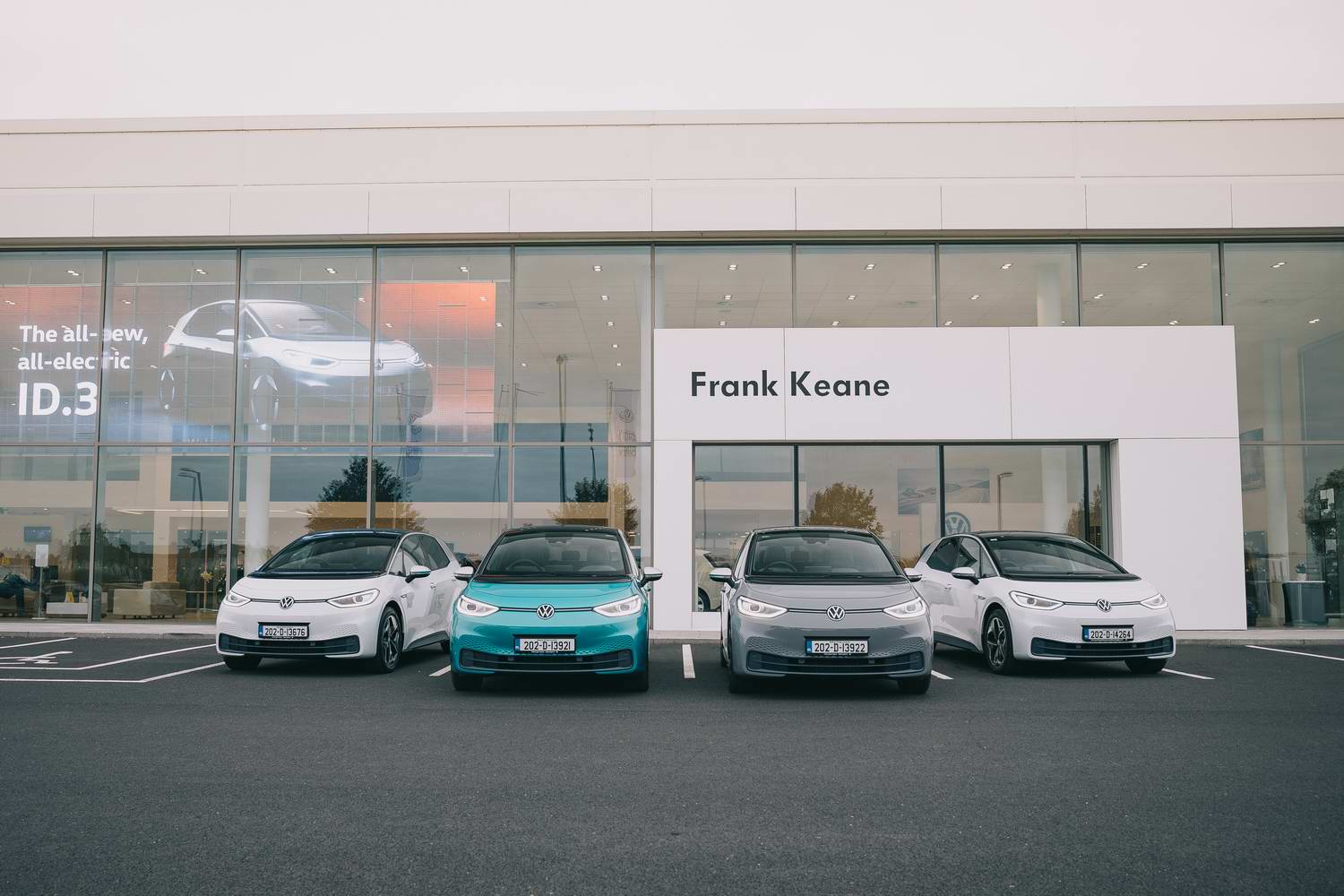 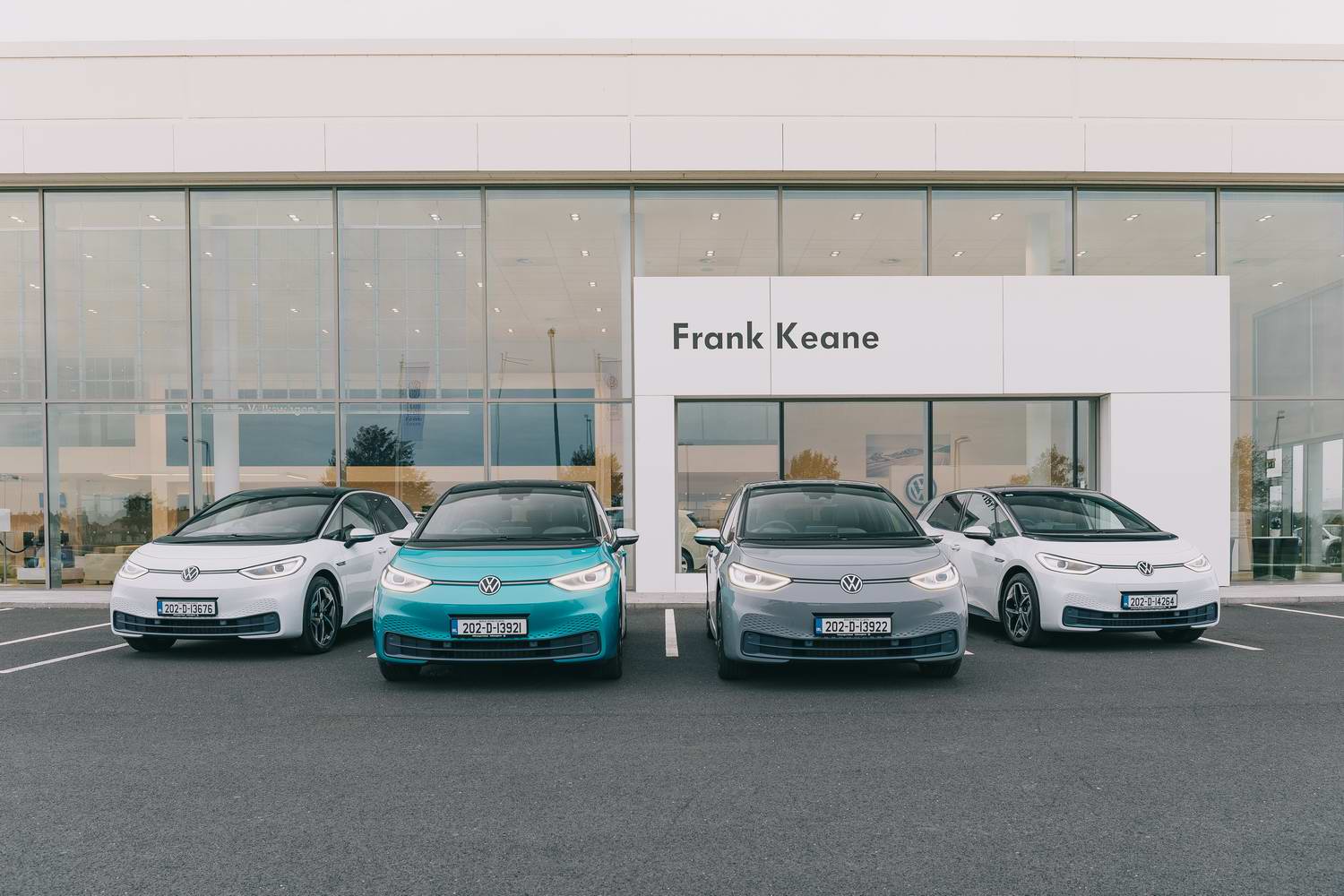 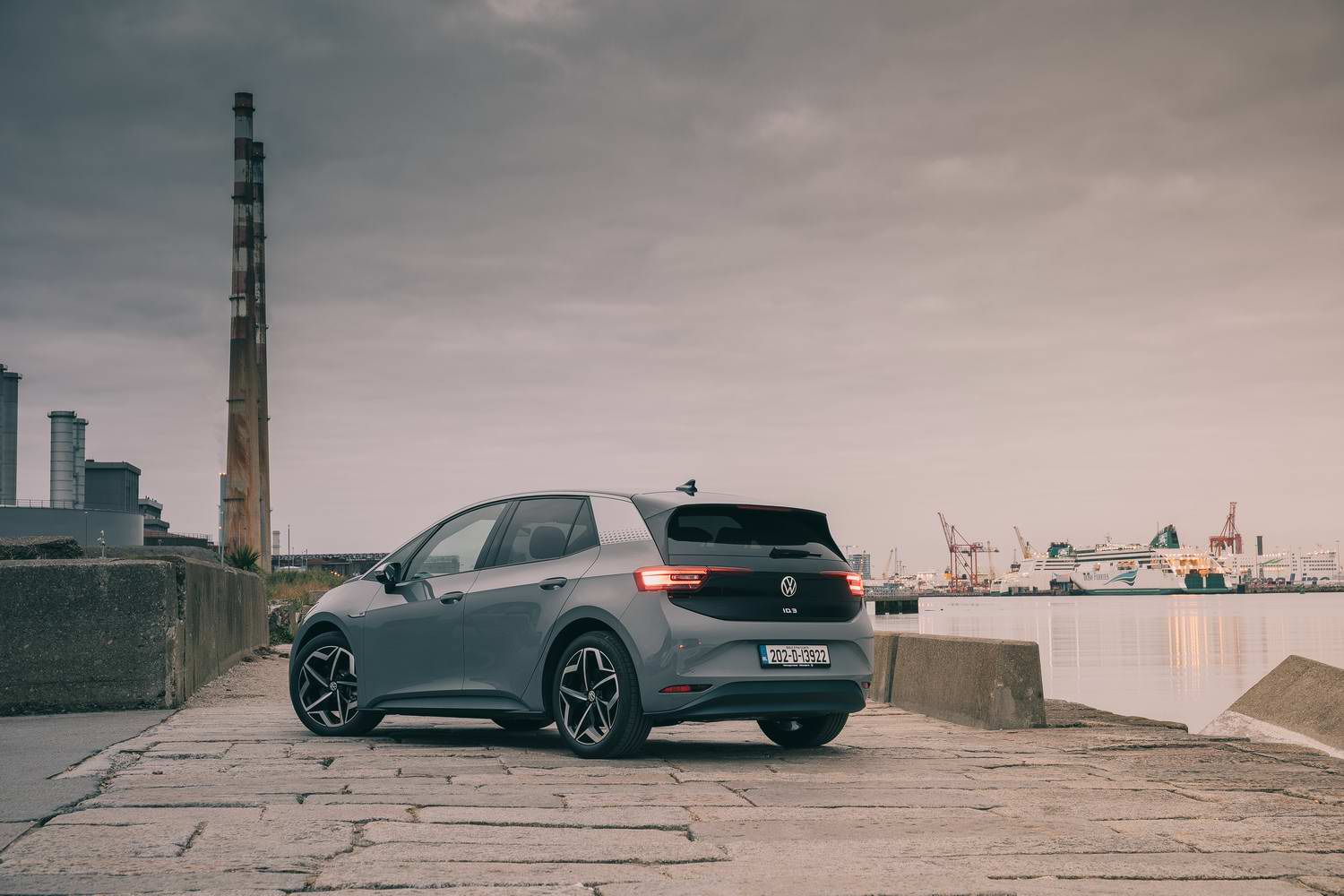 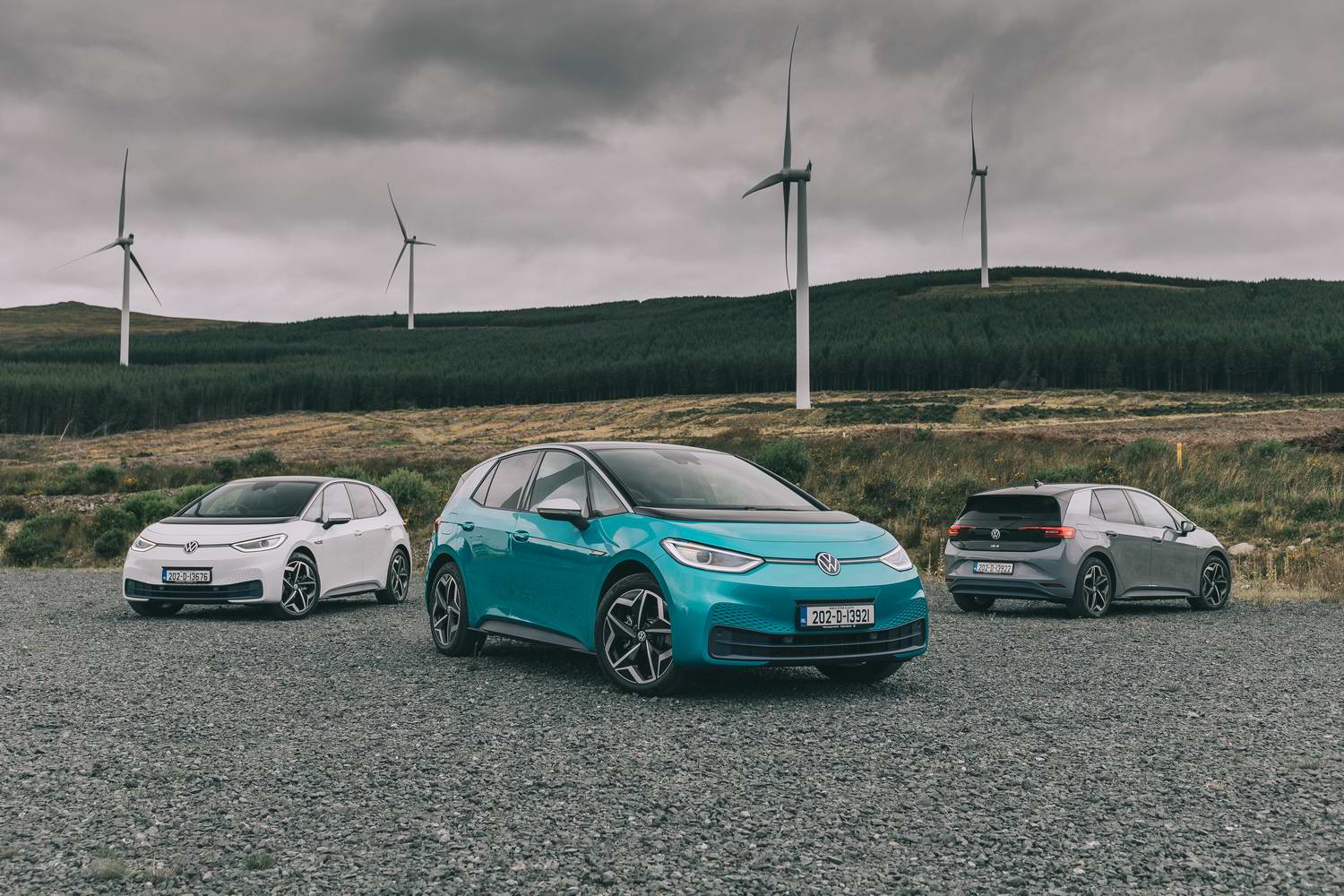 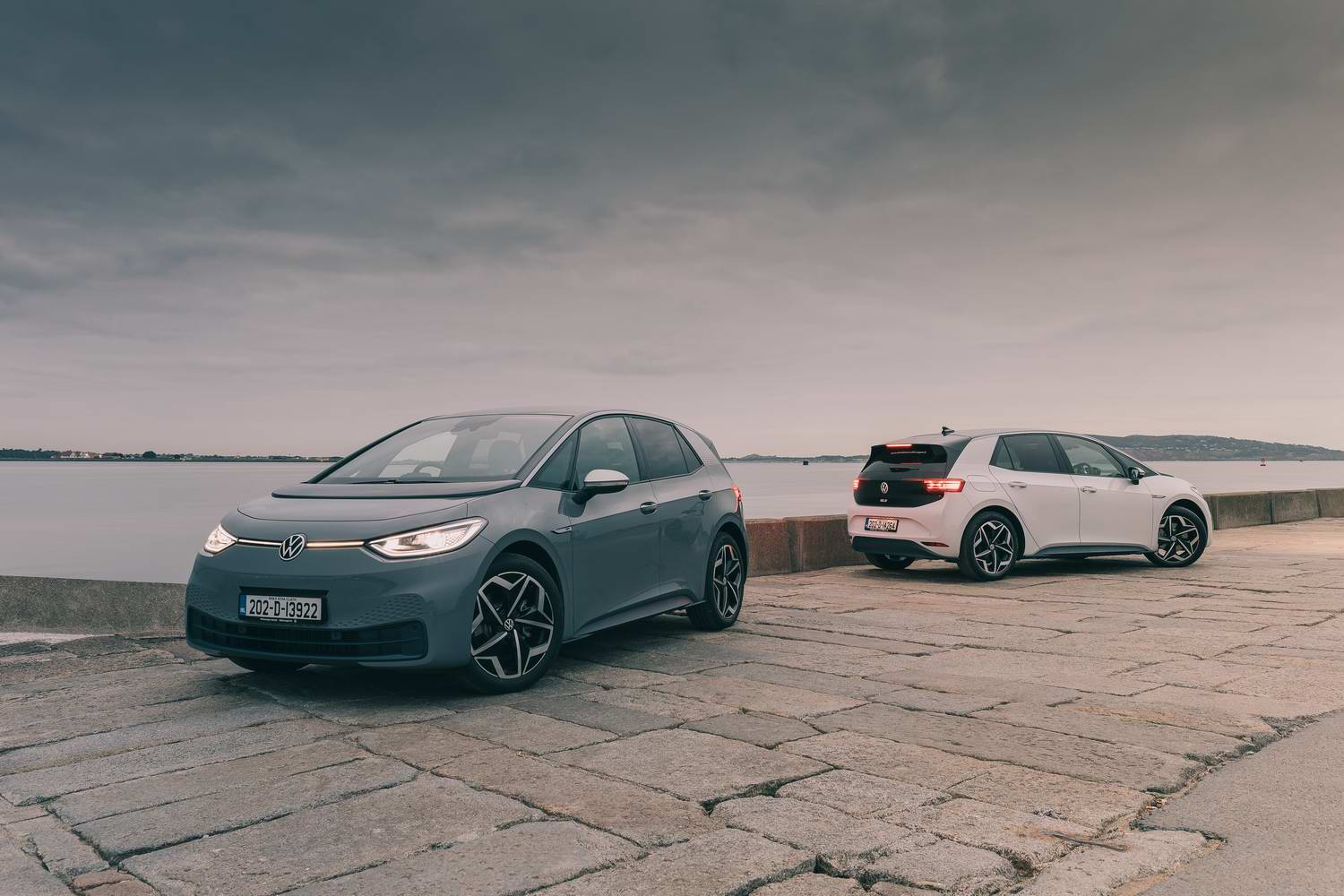 The initial batch of 'First Edition' examples of the Volkswagen ID.3 are nearly sold out, so now it's time to look at the main range. Pricing has been released and we're told that supply is good for January 2021 sales, kicking off the '211' registration plate. The entry-level price is little different, at €33,650 (after grants for a private buyer), but the line-up is much larger, extending to a big-battery version with an official range between charges of 542 kilometres.

Until a lower capacity battery arrives in the middle of 2021, all but one of the ID.3s uses a 58kWh battery pack. The cheapest version of the VW ID.3 is the Life model, from €33,650 on-the-road. It gets a 425km range, satnav, voice control, wireless phone charging, heated front seats and steering wheel, adaptive cruise control and electrically folding door mirrors. Next up is the ID.3 Business, at €37,795 on-the-road. It adds Matrix LED headlights, tinted rear glass, an alarm, rear-view camera, upgraded keyless access and nicer upholstery. Its range between charges is quoted as 422km.

The ID.3 Style is the first version to get alloy wheels as standard (18-inch rims), costing from €38,195 on-the-road. It also has ambient lighting and a panoramic sunroof and Volkswagen quotes its range as 420km. The ID.3 Family, costing from €39,795 on-the-road, has dual-zone climate control and a panoramic sunroof and an official range of 418km.

Taking a big step up in terms of equipment is the ID.3 Tech, from €41,795 on-the-road. It features an augmented reality head-up display (on a sound insulating windscreen), two extra speakers and a lot more active safety equipment as standard, with a 418km range. The ID.3 Max sits above that in the line-up, at €44,495 on-the-road. Its range drops to 415km, but it does get adaptive chassis control and electric front seats with a massage function.

Buyers that want to invest in the longest range between charges now have the option of the ID.3 Tour, which costs €43,350 on-the-road. It uses the same rear-mounted 204hp electric motor as the rest of the range, but its battery pack is a 77kWh unit. That allows an official range of 542km between charges. On top of that, the maximum DC charging rate is upped, from 100kW elsewhere in the line-up to 125kW, to make the most of public rapid chargers. This version also gets 19-inch alloy wheels, but is only a four-seat car.

Read our first drive of the Volkswagen ID.3 here