Audi moving into ‘functions on demand’ 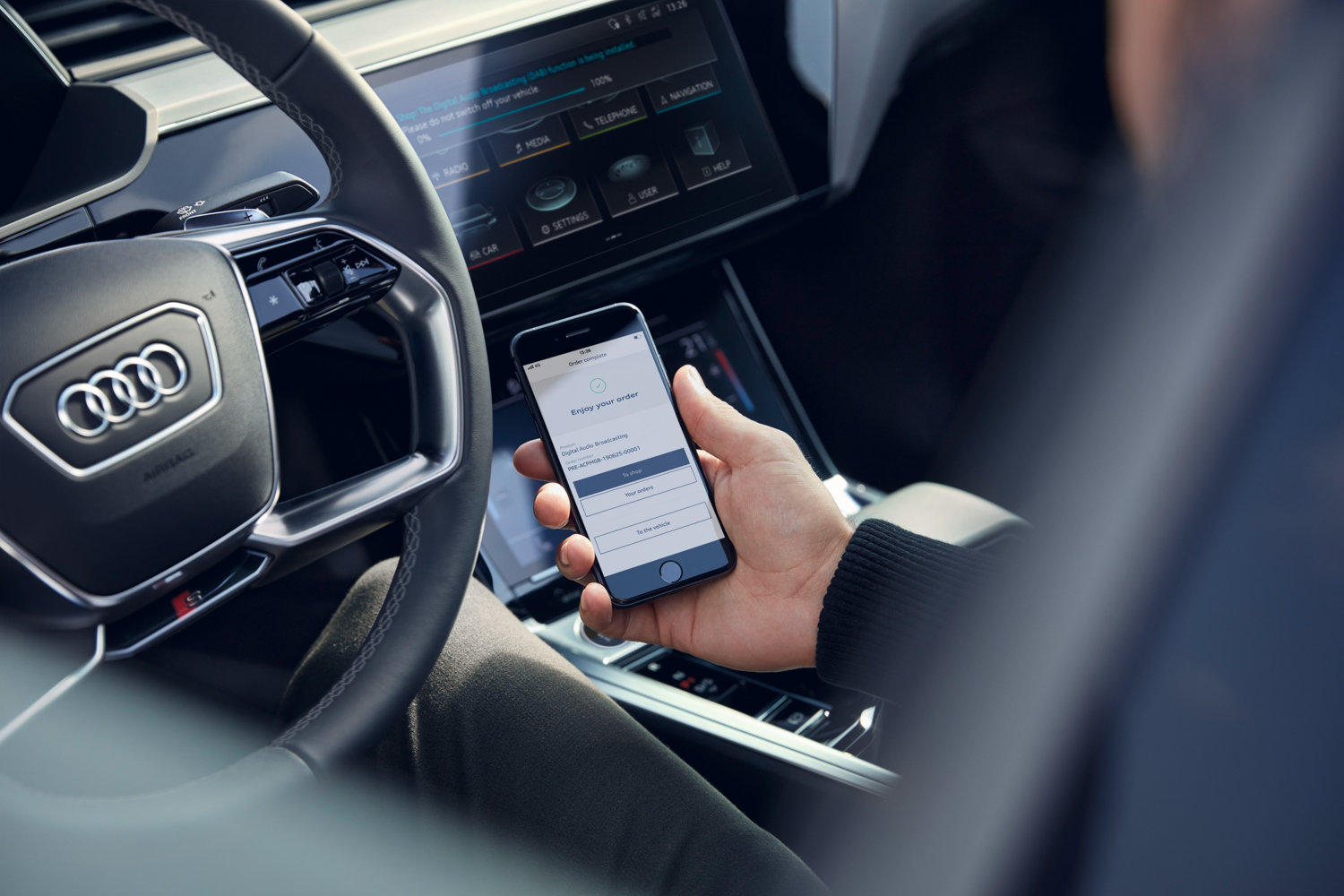 New tech means you can buy options after you’ve bought the car.

Audi has said that its new 'functions on demand' technology means that car buyers can upgrade their car, and avail of new options, even after they've bought it.

Now, while that does open a potential can of worms - such as future when we all have to pay regular subscriptions for items that used to have a one-off, or even have second-hand cars that are 'bricked' with all options removed so that the next owner has to buy or subscribe all over again - Audi claims that it "opens up completely new possibilities for individualising your own car."

This new idea works through the existing myAudi app on your smartphone. "Starting now, it is also possible for customers to book functions in the areas of lighting, driver assistance, and infotainment flexibly and as required, even after the purchase," says Audi. The tech is currently available for the fully electric e-Tron models and the current A4, A5, A6, A7, Q5, Q7 and Q8 models, with more in the pipeline.

Basically, what it means is that Audi can simplify its production processes, by basically pre-fitting and pre-wiring all its models with the same equipment, the actual functions of which can be switched on at a later date if and when the customer decides.

With the Audi e-Tron and e-Tron Sportback, for example, customers can upgrade the LED headlights to Matrix LED headlights with automatic high beam in the lighting package. There are infotainment upgrades available too, and most of the options come with a one-month trial phase so that you can make sure you're happy with the new toy before committing to buy it.

Incidentally, Audi reckons that this actually makes things better for second-hand customers as: "When the car is sold, the options remain active for the remaining term and can be used by the next owner. In addition, the next owner can book further functions later on to suit their personal needs. This increases the car's attractiveness on the used-car market."

Pay through the myAudi app

Once you've selected and paid for your new option, Audi sends back an over-the-air software update and the function you've chosen will be activated the next time that the car is started. There will be a new Audi Pay function built into the myAudi app to complete this process, which links to a credit card for payments. Audi eventually wants to link it to PayPal and Klarna too.

"Digital services like functions on demand make an important contribution to the digitalisation at the four rings" said an Audi spokesperson. "They open up additional market potential and provide an opportunity to address the customers in an even more individual manner. Functions on demand also opens up a new business area for the dealers. They receive a bonus for helping customers to find and book suitable functions for their current vehicle. The hardware for these functions that can be activated subsequently is installed in all vehicles at the factory. It is therefore available throughout their entire life cycles, yet customers pay only for the functions that they ordered when they purchased the vehicle or that they booked later on."