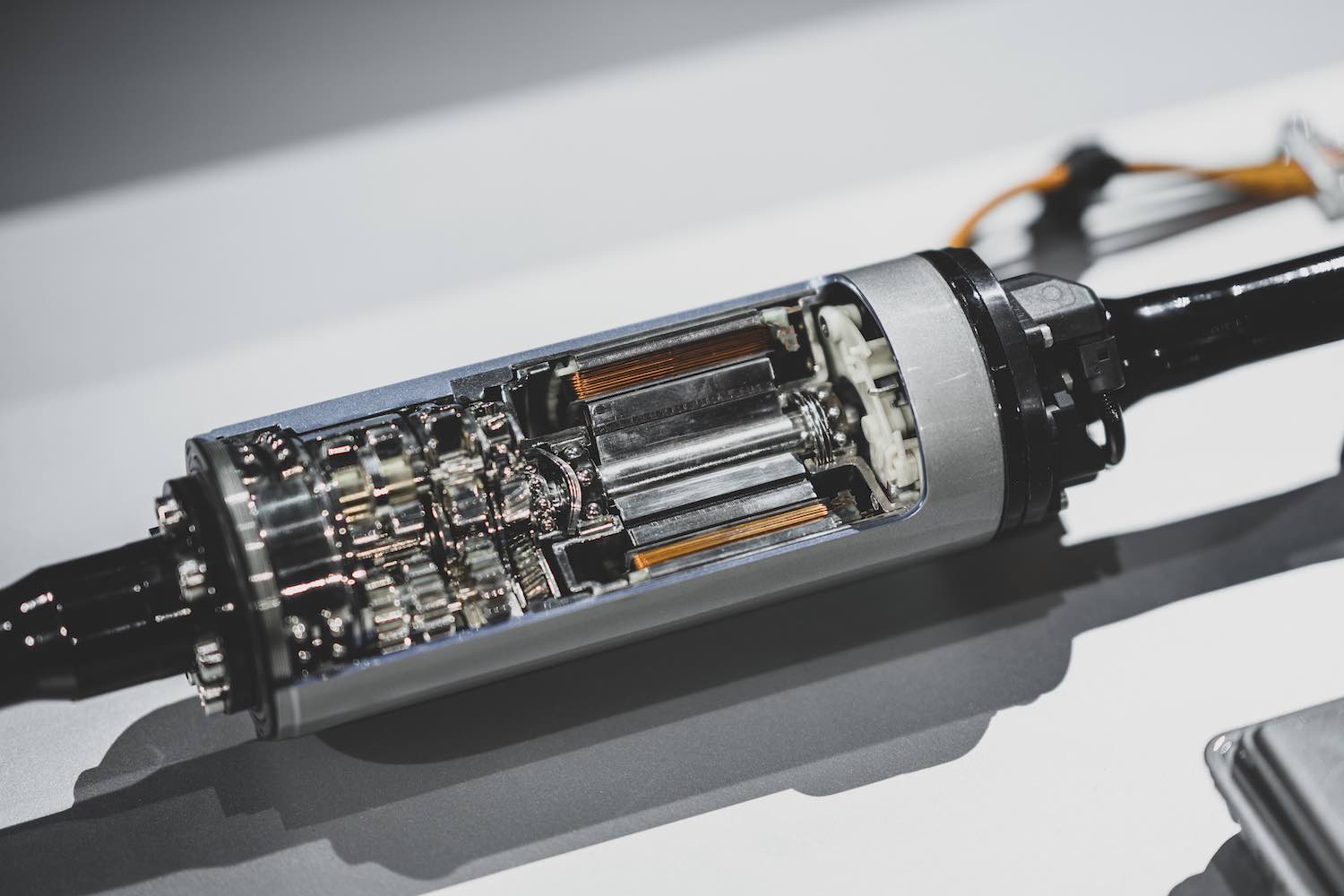 On the one hand, we want SUVs (space, comfort, practicality), but we also want sports cars (pin-sharp handling, driving fun). How to bring that apparently socially-distant Venn diagram together? Audi reckons it has the answer...

The answer, in the full Vorsprung Durch Technik dialect, is electromechanical roll stabilisation (or eAWS as Audi puts it in syllable-reduction form). Basically, this is Audi's active anti-roll bar system, controlled by its powerful 48-volt onboard electrical system. According to the Ingolstadt boffins: "Assisted by the 48-volt onboard electrical system and powerful actuators, the stabilisers on the front and rear axle can be actively controlled according to the driving situation. As a result, the models retain their high level of drive comfort in straight-line driving. By contrast, in cornering and load alteration situations, they impress with enhanced lateral dynamics combined with minimal body roll. The technical advantages of Audi's electromechanical solution: it is energy-efficient, operates in near-real-time and is maintenance-free due to the absence of hydraulic elements."

But it's not just a question of stiffening up the roll-bars in a corner, so as to keep the body flat, and then slackening them off on a straight, so as to allow for a comfier ride. That's the basics of it, but Audi's eAWS system is more clever than that. Because the actuators are so powerful, they can press down on the springs when needed, essentially distributing the torque effect of the car's body roll, to further sharpen the steering response, almost like a 'biker leaning into a turn.

The system, as currently fitted to the Q7 and Q8, is also not designed to entirely eliminate body roll. It probably could do, but the driver needs to feel a little roll, so as to accurately judge how hard the car is working in a given corner, and how much harder they can push.

Because the eAWS system only engages when too much body roll is detected, it also means that the suspension of the car is truly fully independent from one side of the body to the other - if conventional, passive, anti-roll bars were used then there would be less independence between the sides because the roll-bars are mechanically coupled.

Audi's system consists of two stabiliser halves per axle, with an electric motor operating between them on both the front and rear axle. It can rotate the stabiliser halves in opposite direction of each other and thus generate torque that counteracts body roll torque - individually for each wheel. As a result, it reduces the body roll angles and actively supports them against the physical effects of the driving situation. The system receives its commands via control units on the front and rear axle, which are part of the Electronic Chassis Platform (ECP). The ECP is the central brain of the chassis. Within milliseconds, it matches a variety of parameters such as speed, ride height, roll and pitch movements of the car, the friction coefficient of the road surface, the current driving condition such as under- or over-steer, plus the data of the chassis systems involved. From this input, the system calculates the ideal responses for the integrated components and adjusts them quickly and precisely to each other. The required electrical energy is supplied to the eAWS by a powerful 48-volt onboard electrical system. Within milliseconds, the system calculates suitable actuation values for the stabilisers. The electric motors deliver their power output via three-stage planetary gearboxes, with torque levels of up to 1,200 Nm being generated at the stabilisers.

Can even recover electrical energy

Wait though, there's a really clever part. Unlike a hydraulic system, which would need oil channels and regular maintenance, the eAWS setup needs no looking after, and better still, it can even generate a little electrical charge. aAWS can actually recuperate energy by capturing suspension impulses on its electric motor, converts them into electrical energy and stores it in the lithium-ion battery of the onboard electrical system.

Audi has also proved the system at one of the most gruelling motoring environments in the world - the fearsome Nurburgring Nordschliefe race circuit in Germany. Last autumn, race and test driver Frank Stippler (who won the 2019 Nurburgring 24hrs) took a new Audi RS Q8 out, fitted with the eAWS system, set a new lap record for production SUVs. He managed to drive the 20.832-kilometre distance of the race track in the Eifel region in just 7:42 minutes. That is what is called bloody fast. Vorsprung durch technik, indeed.