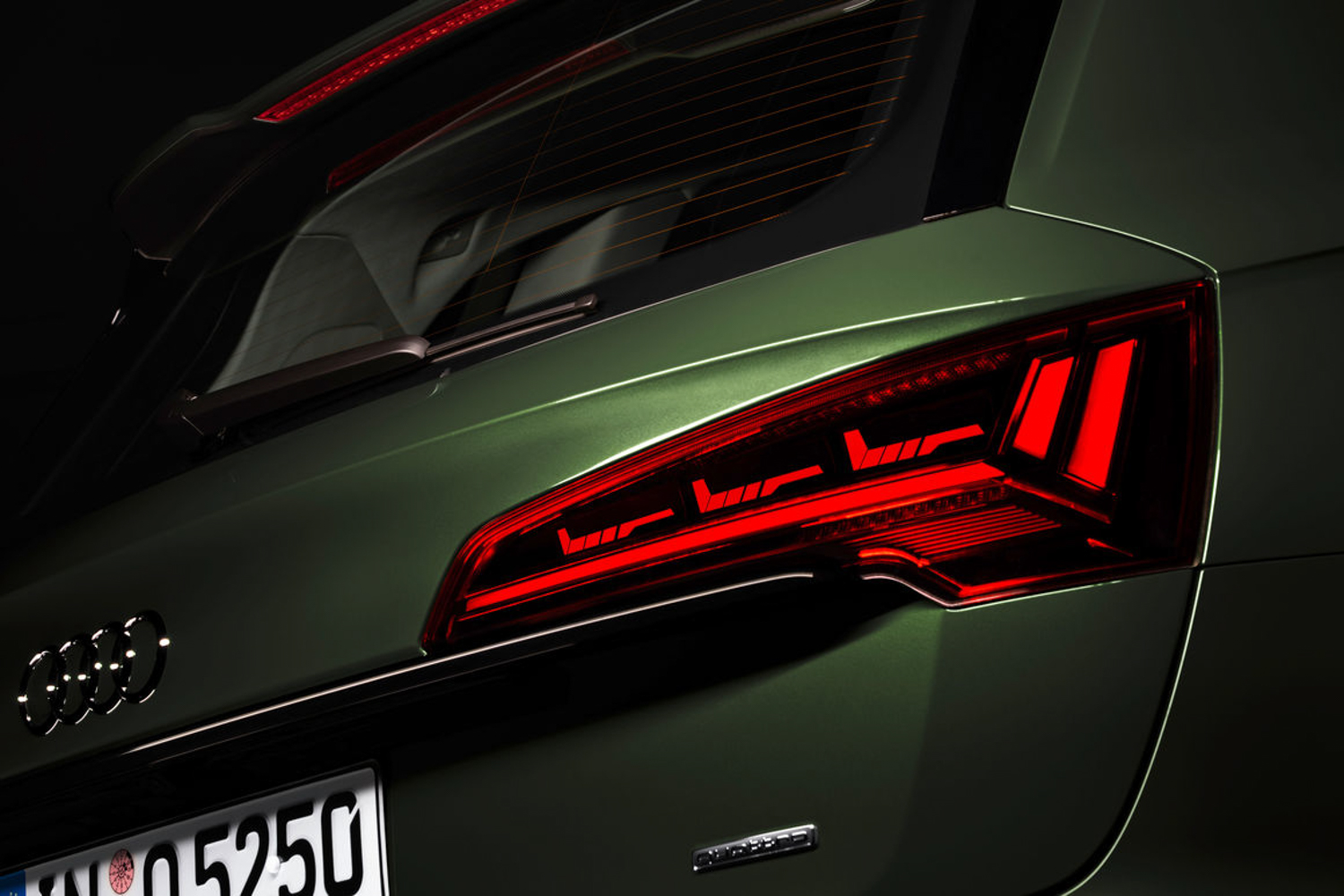 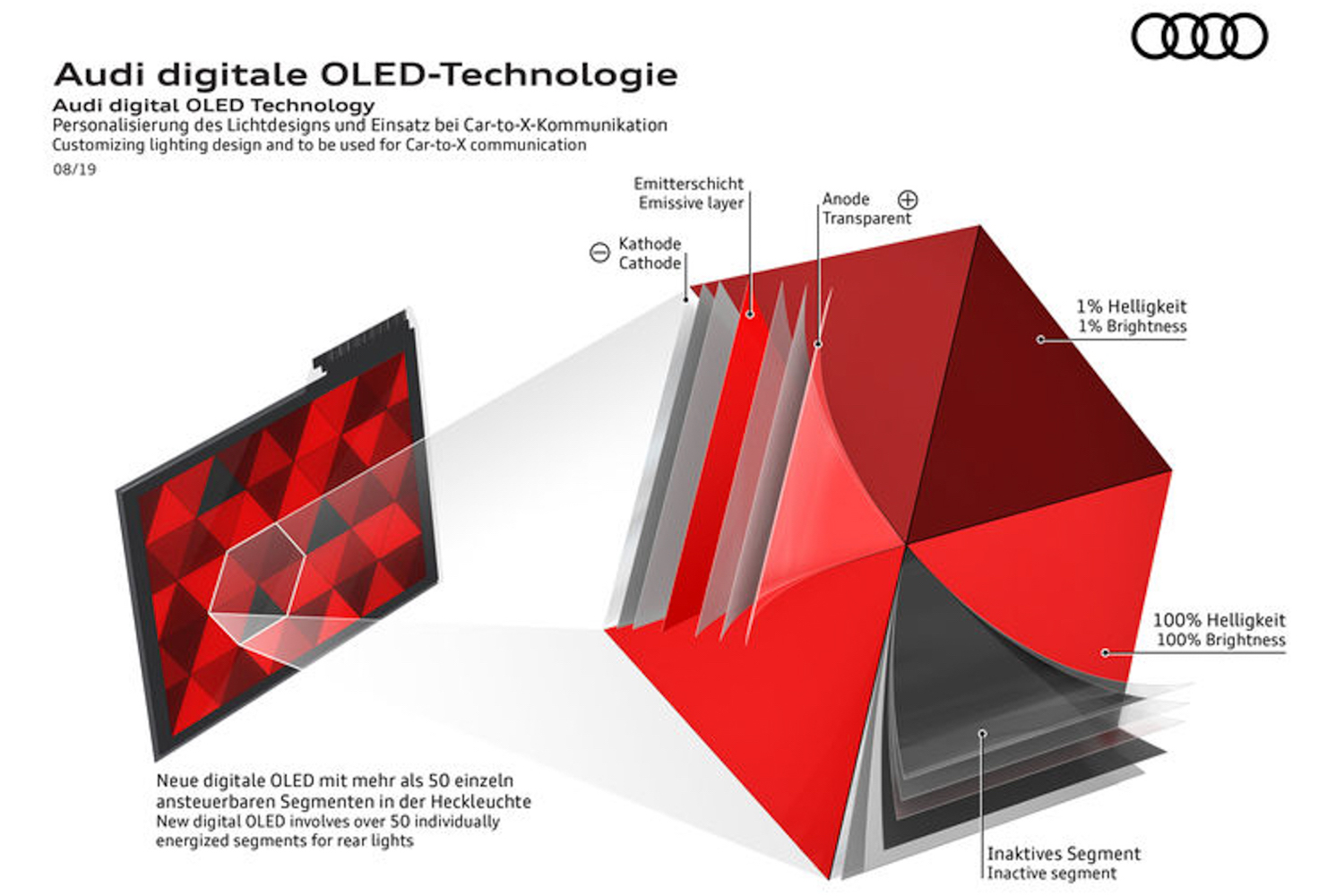 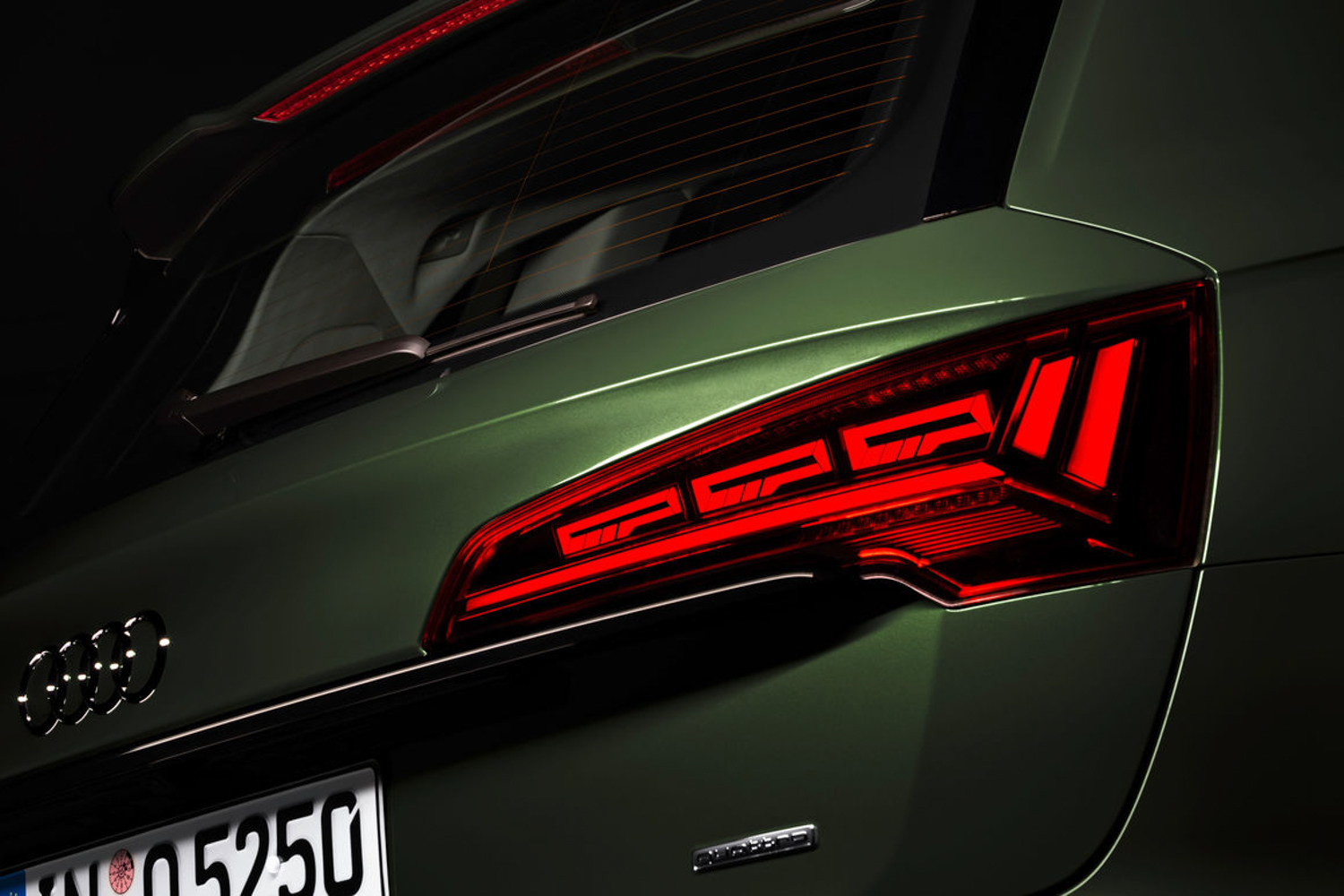 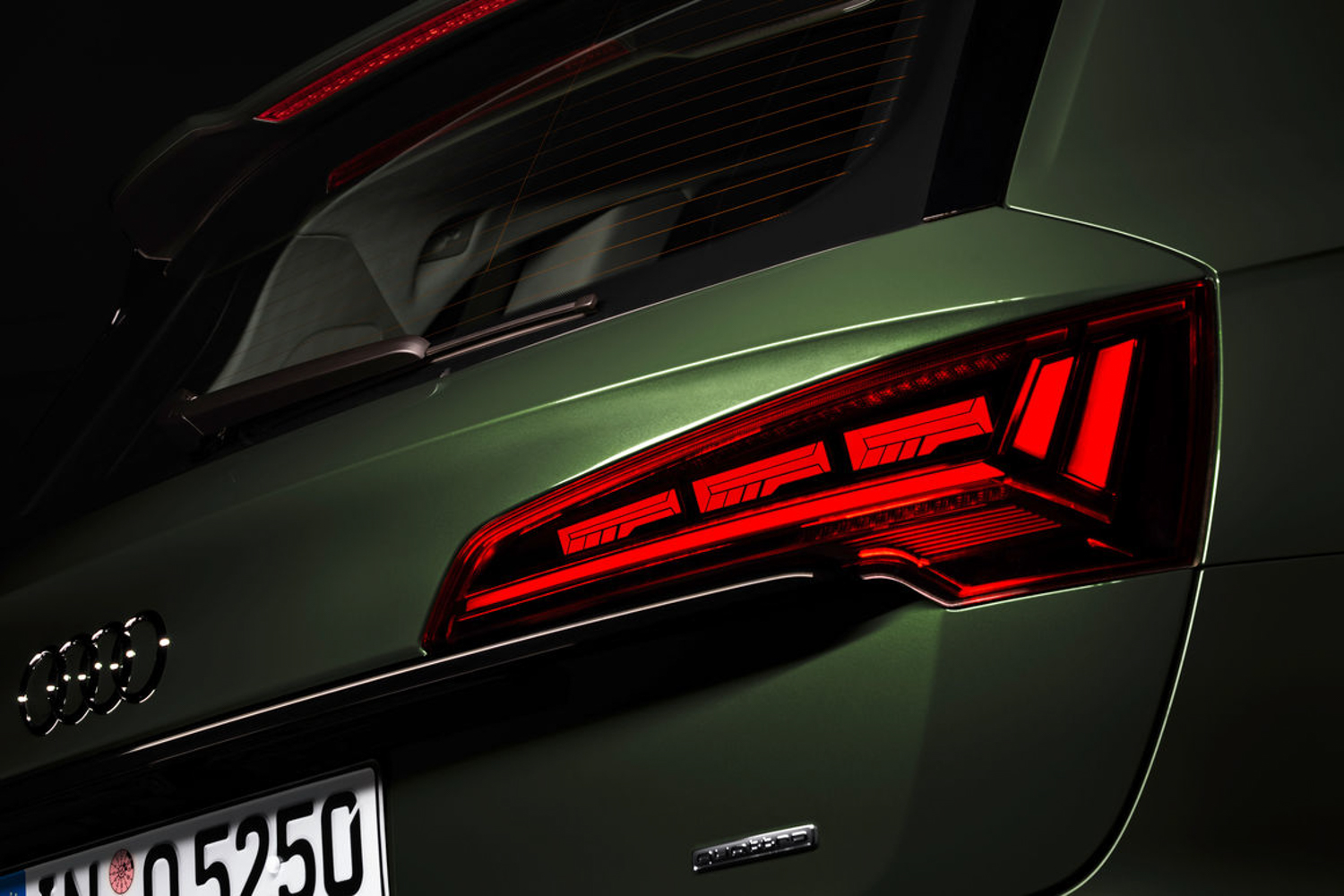 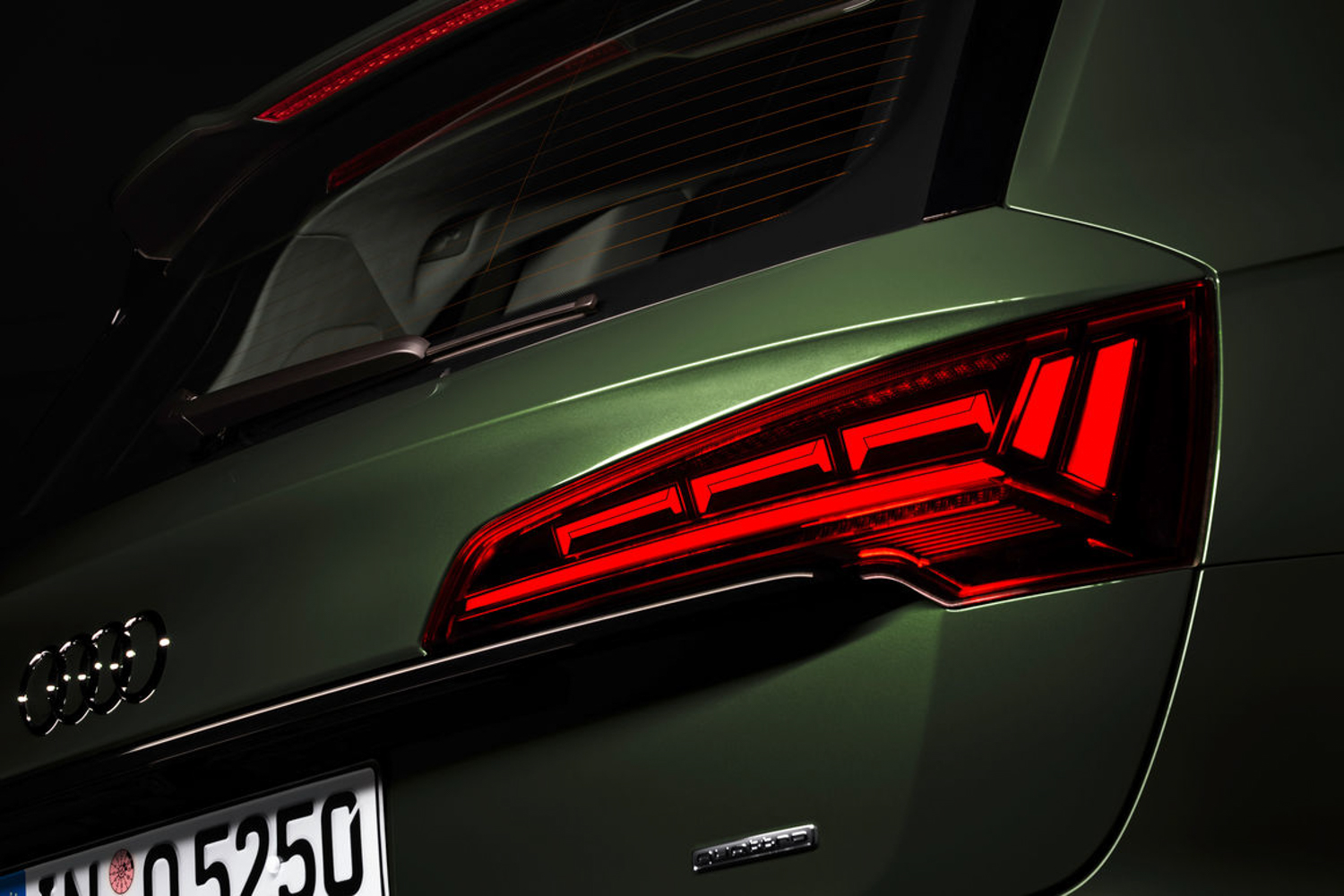 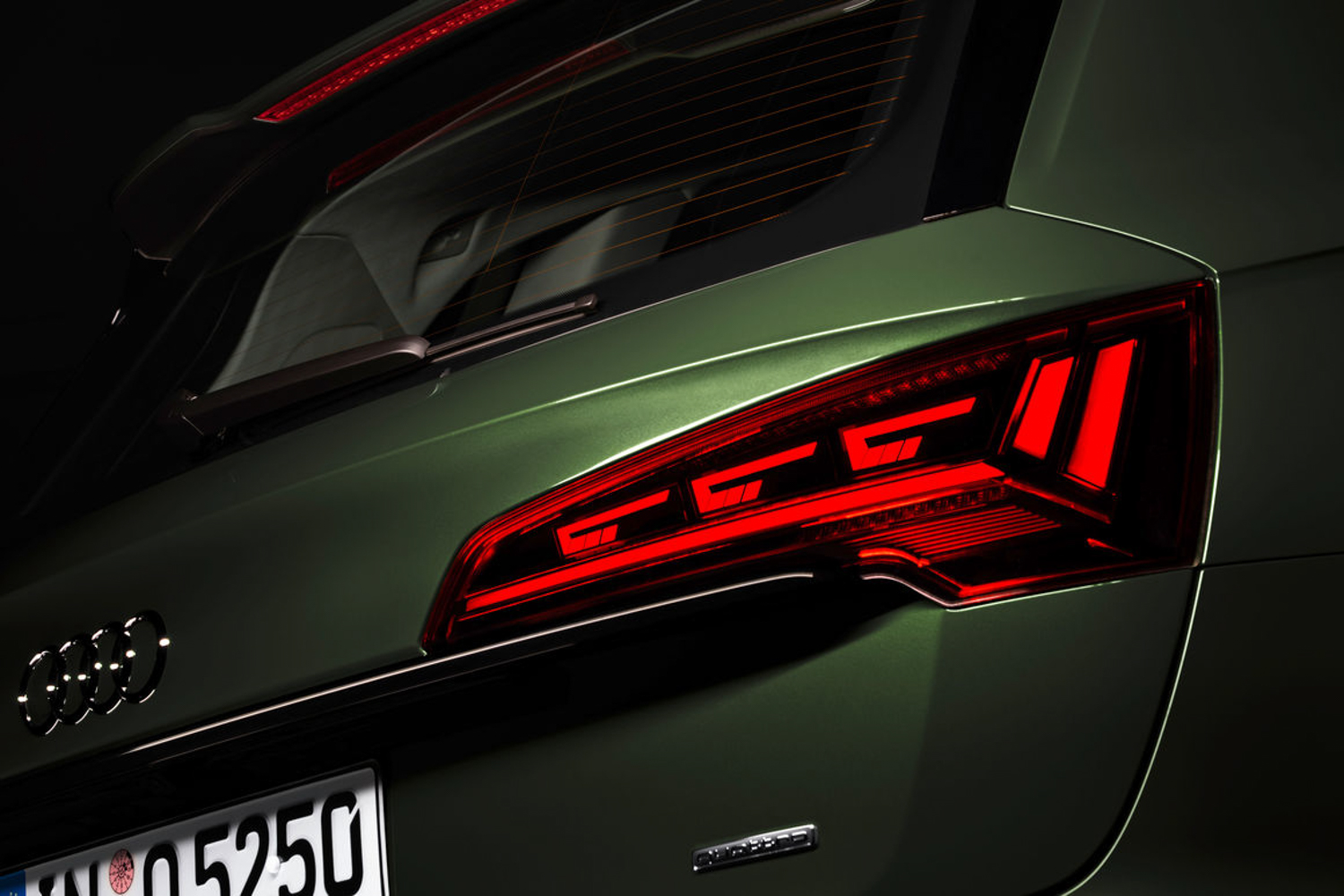 So, this summer the ever-popular Audi Q5 SUV is getting a bit of a mid-life gussy-up and update, and part of that is a set of shiny (literally - they shine) new OLED brake lights. Audi is very excited about this, and if you're not sure why... well, join the club.

So why is it important that the new lights are OLED instead of common-or-garden LED units? Well, Audi says that OLED (the O stands for Organic, and the LED is, of course, a Light Emitting Diode) produces a much better light than a conventional LED. They use 'panel radiators' rather than single-point light sources, and so the light that they produce is more consistent across the lighting surface. They're also 'infinitely dimmable' which means that their brightness can be more carefully tuned and tweaked. On top of that, OLED lights can be divided up into segments, with very narrow gaps between them, which are then individually controllable. The lighting unit does not require any reflectors, optical fibres or similar optics. This makes OLED units very efficient, lightweight and flat, which, says Audi, considerably increases design freedom.

An OLED light element is also incredibly thin and flat - just 1mm, compared 20-30mm for a conventional LED. They're also more energy-efficient, a major concern as we head towards our electric future.

Audi's been using OLED tech since 2016, when it was introduced in the brake lights of the TT RS. Since then, the company's OLED lights have had up to four individually controllable, complex lighting segments that could be used for an individual, defined lighting design.

For the Q5, the number of segments has grown dramatically - up to 18 separate OLED elements, now. This allows such things as complex animation and light flow when locking or unlocking the car, as well as distinctive lighting 'signatures' which allow for subtly different shapes within the lamp depending on, say, whether the car is switched to Dynamic mode or not.

"Up to now, we have been using OLED segmentation with the Audi TT RS and A8 for designing signature lighting. This has changed with the Q5," says OLED technology project manager Dr. Werner Thomas. "Here the taillights turn into a kind of display on the outer shell, which will provide us with ample opportunities and prospects in terms of design, personalisation, communication and safety going forward. Thus, the year 2020 marks the threshold of a new age: a pure medium for signal functions is now additionally becoming a medium for displaying diverse types of content."

The OLED lights have another function, beyond mere personal taste. They can also improve safety. Audi says that it has fitted the new Q5's rear lights with a proximity detector. When another road user approaches a stationary Q5 from the rear within less than two meters, all the OLED segments light up. When the Q5 starts to move, it returns to the original light signature. This is just an initial example of the automobile's car-to-x communication with its surroundings. It's also a modern-day, electronic version of those old 'Back Off, You're Too Close' mudflaps. Remember them?

Dr. Thomas explains: "Headlight technology has seen a rapid evolution at Audi in recent decades. In addition, we have been decisively driving the development of rear-lighting systems." The latest milestone achievement: now the brand is the first automobile manufacturer to digitise the taillights.