Bugatti Baby: The kids’ Bugatti is back 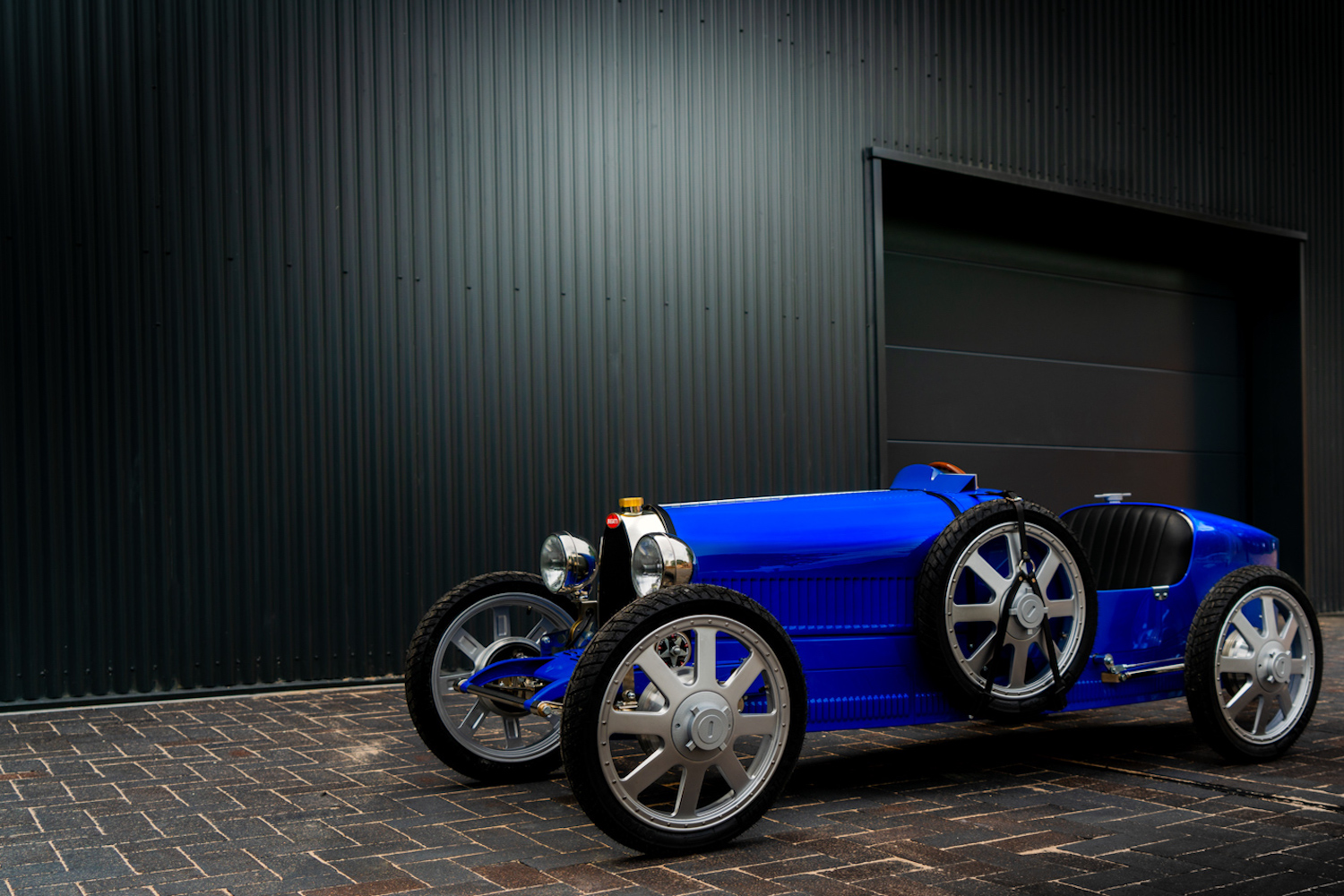 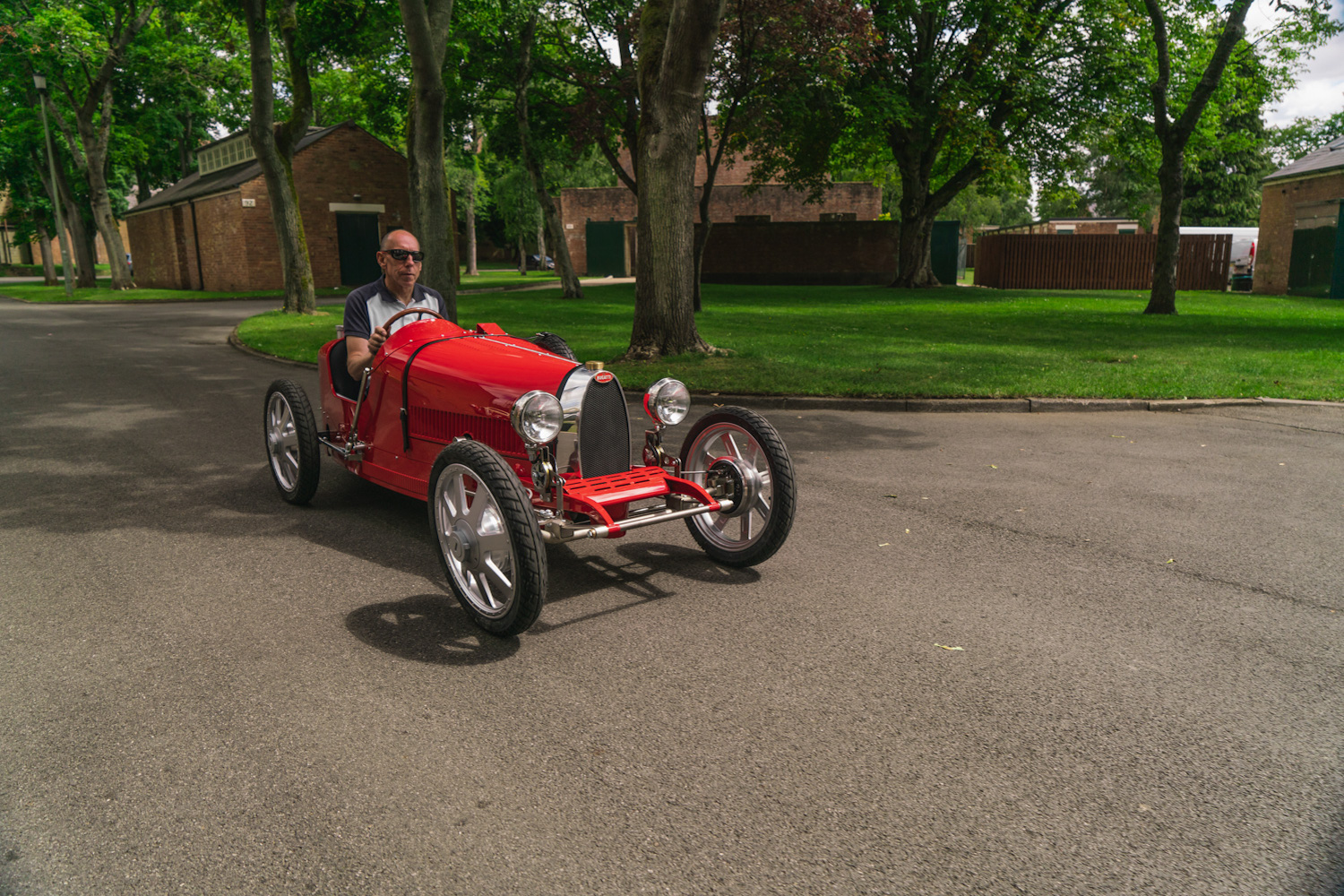 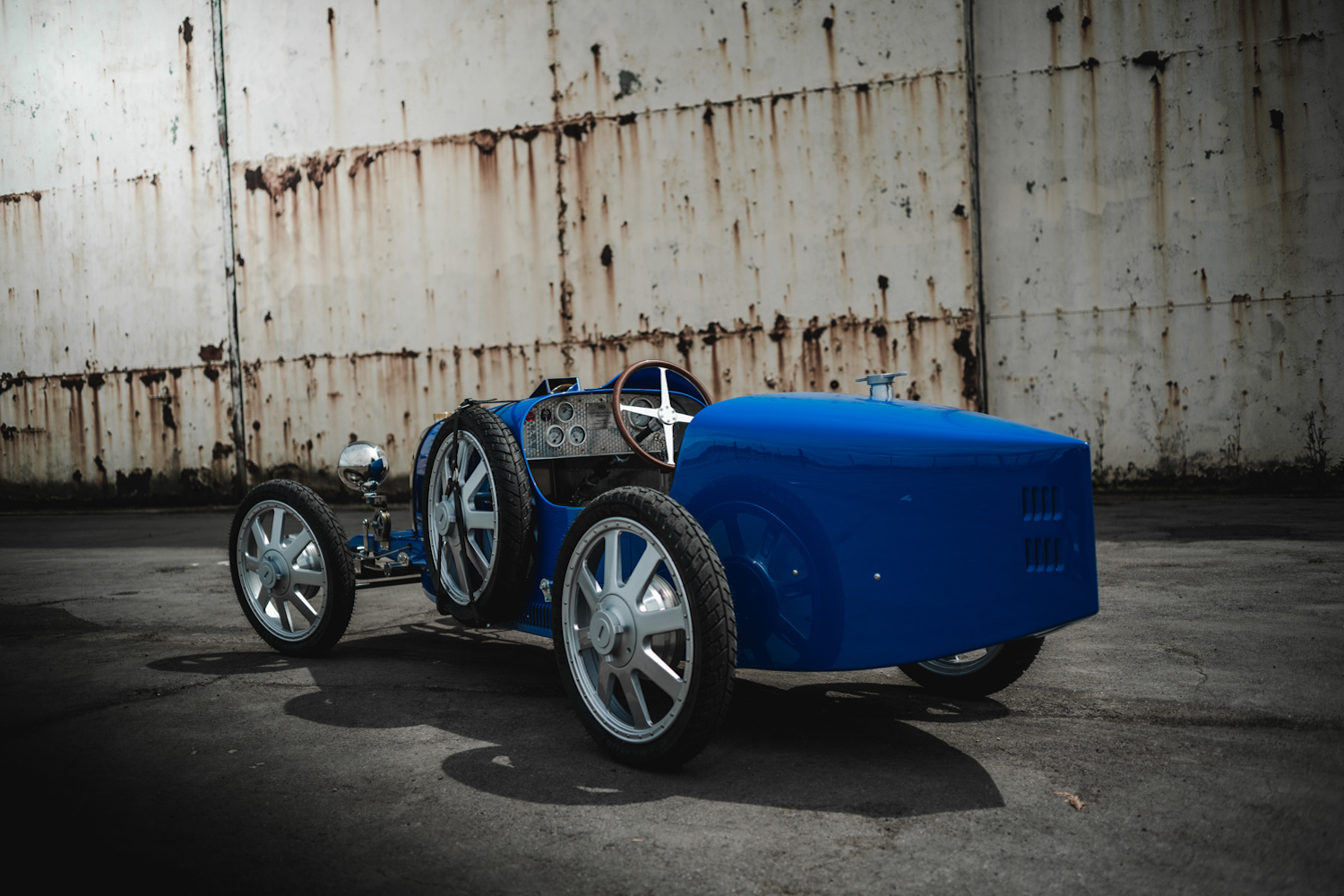 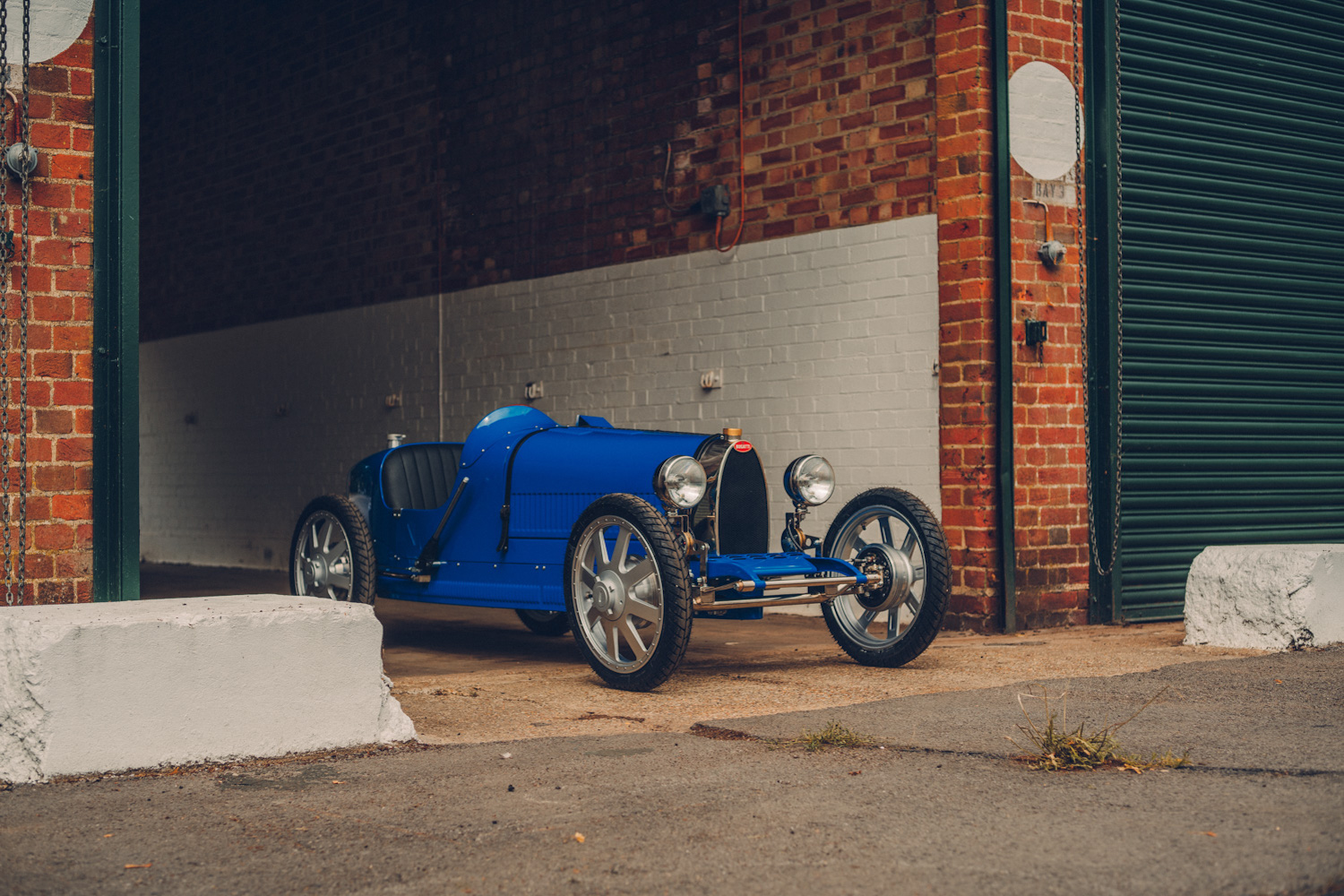 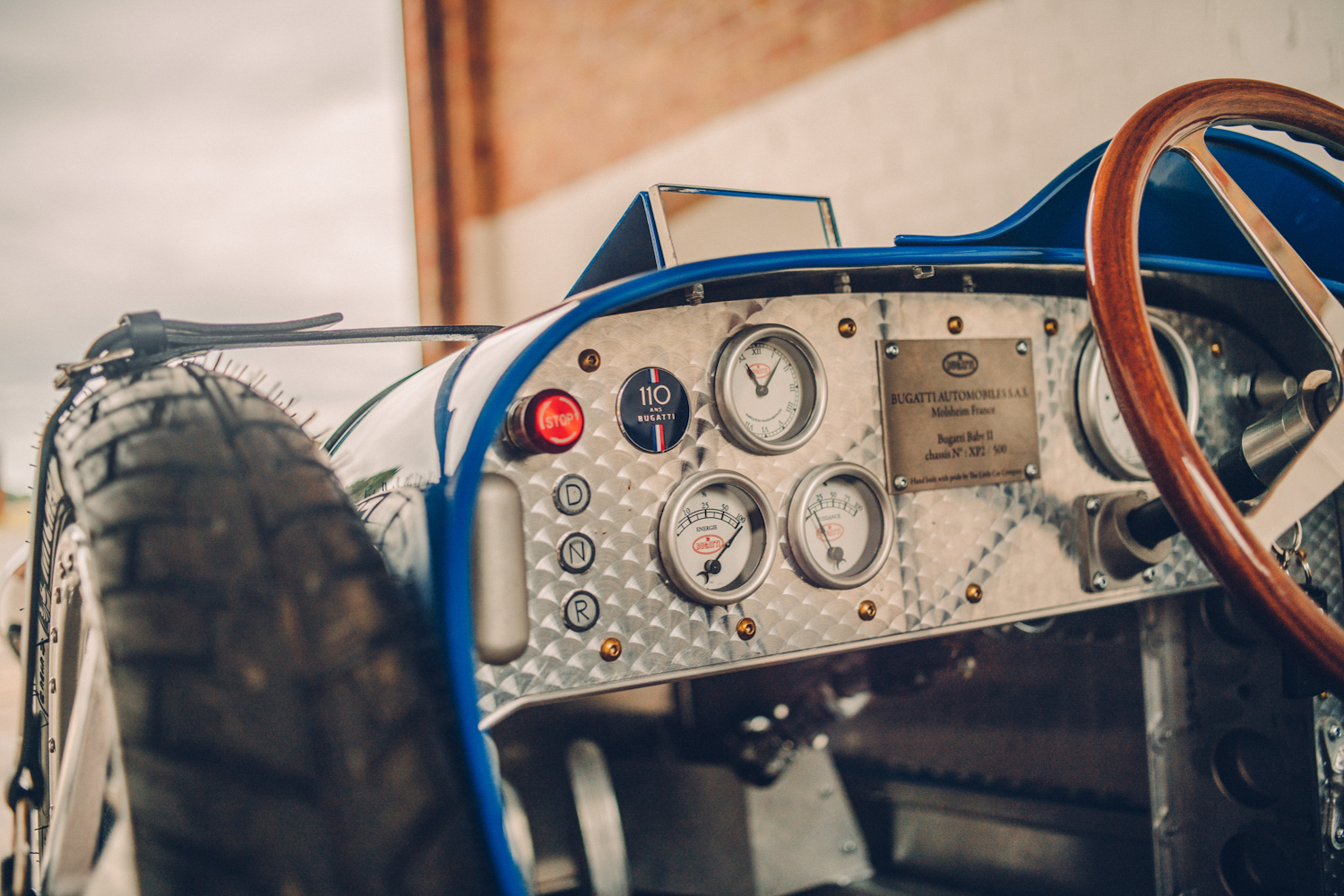 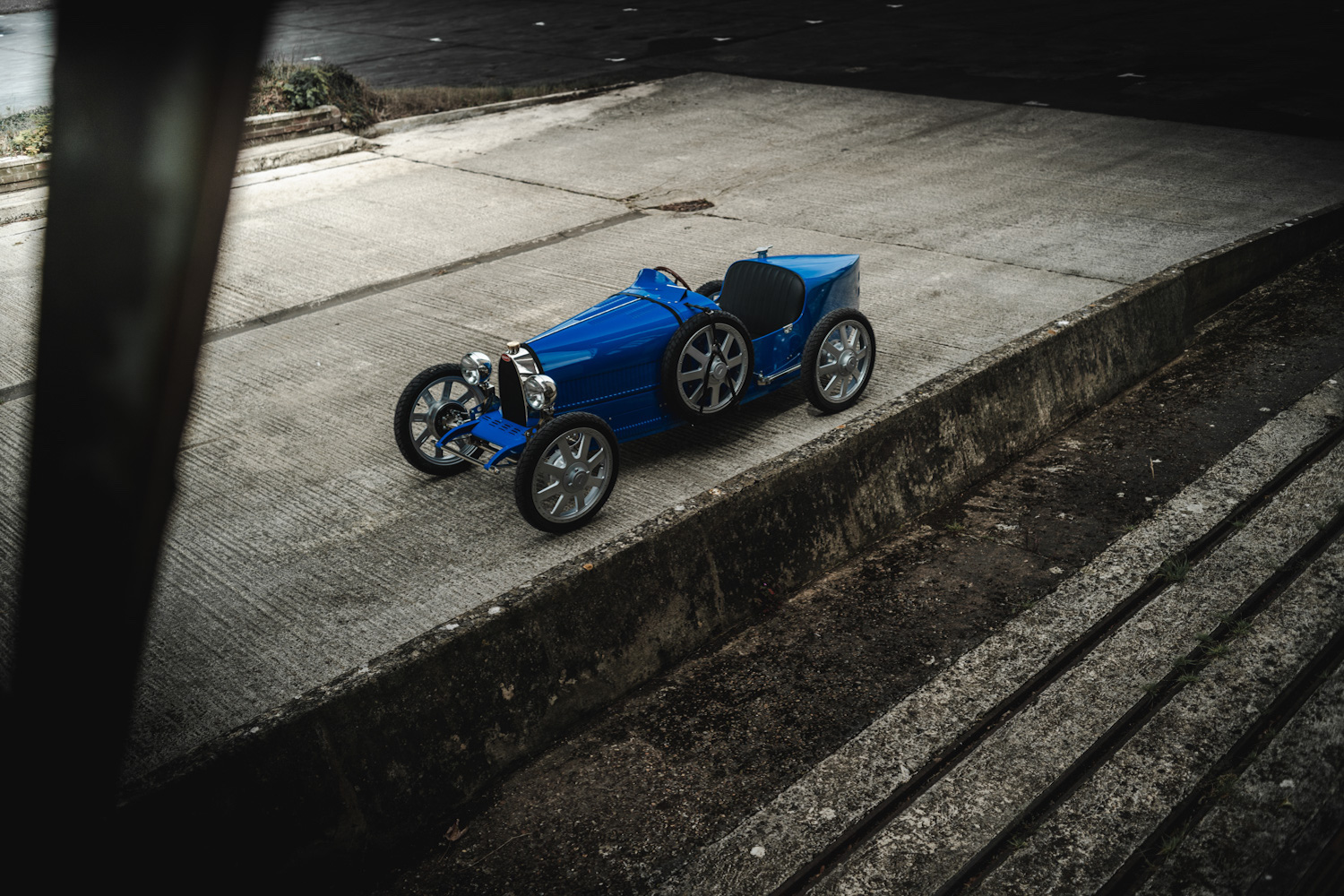 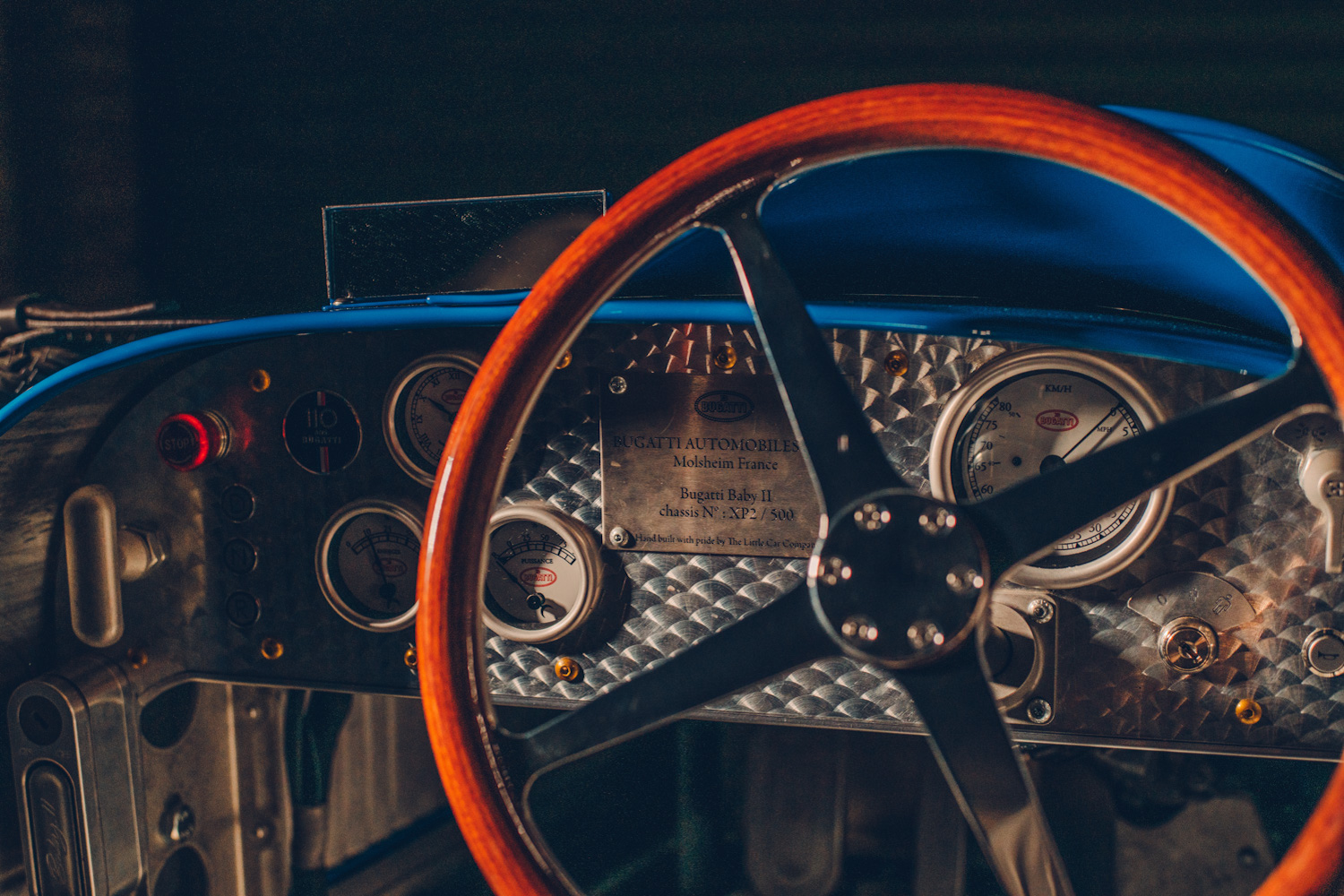 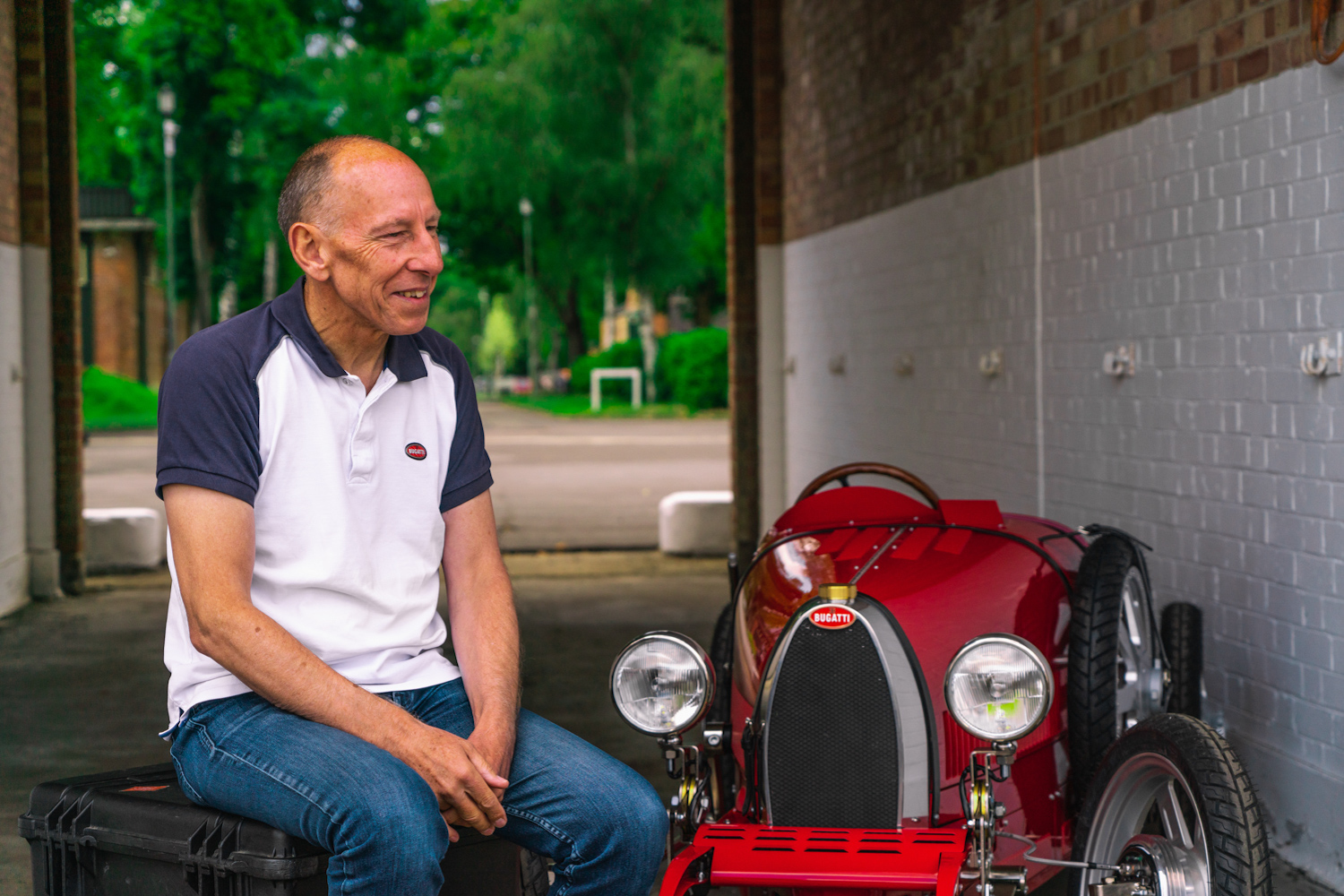 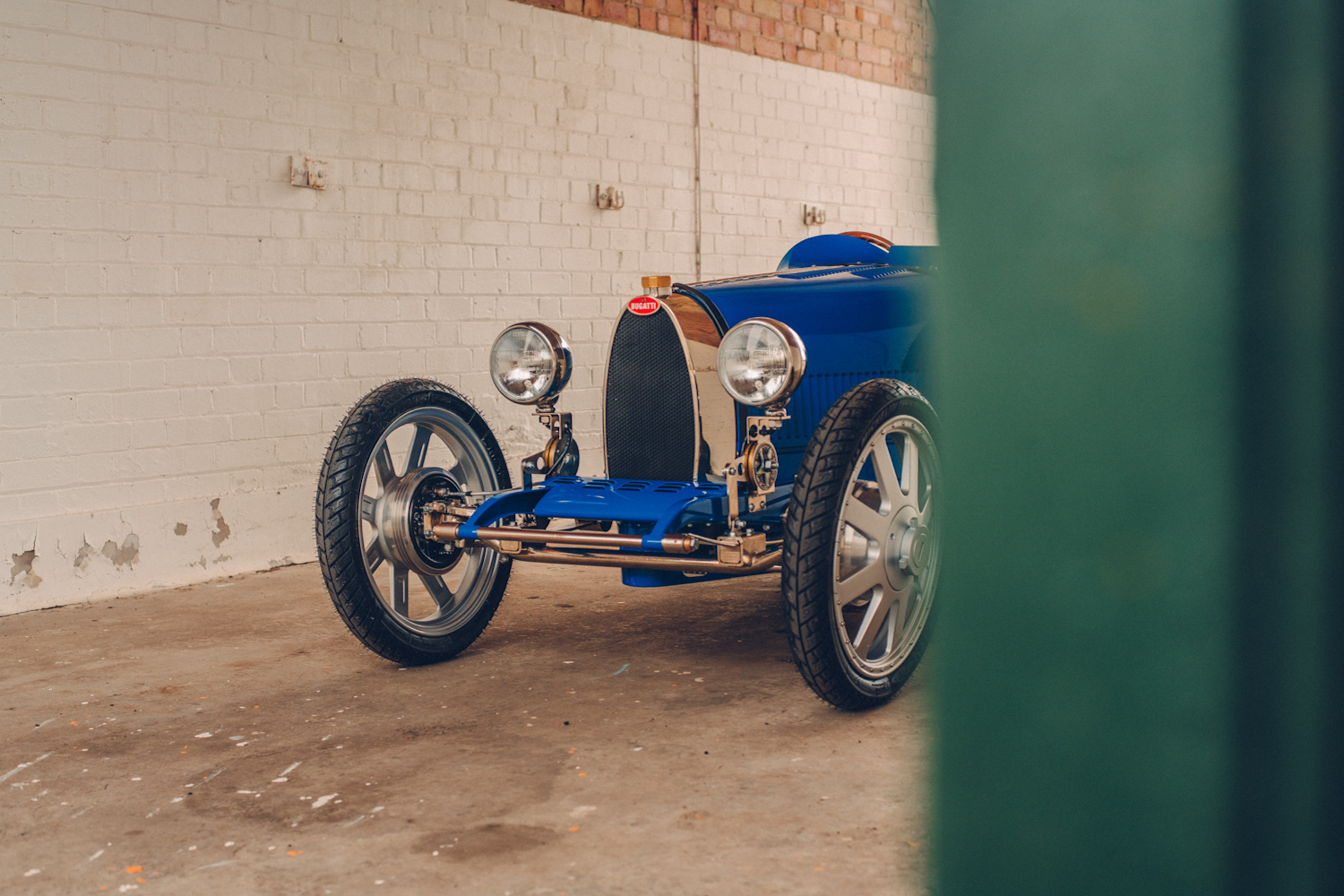 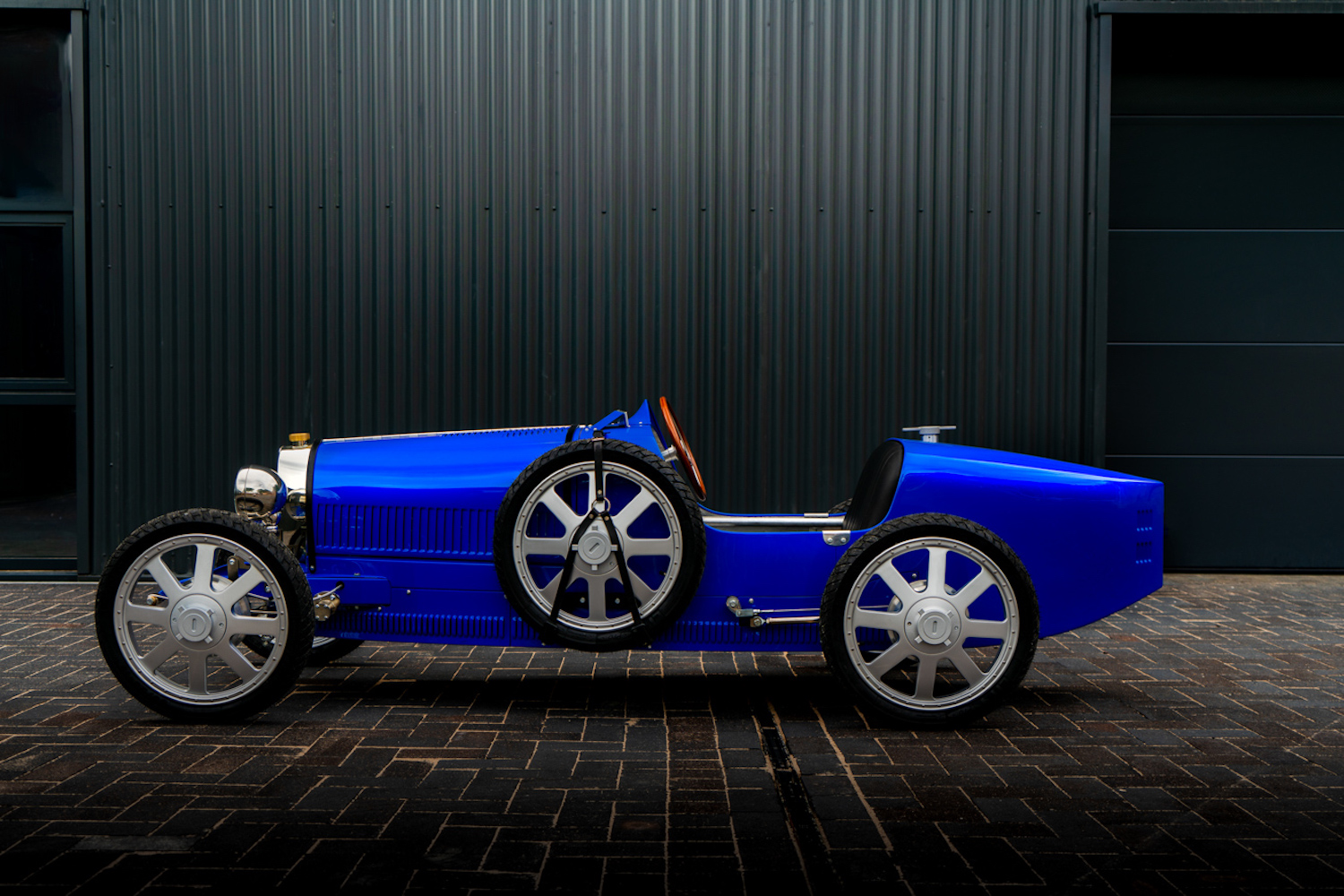 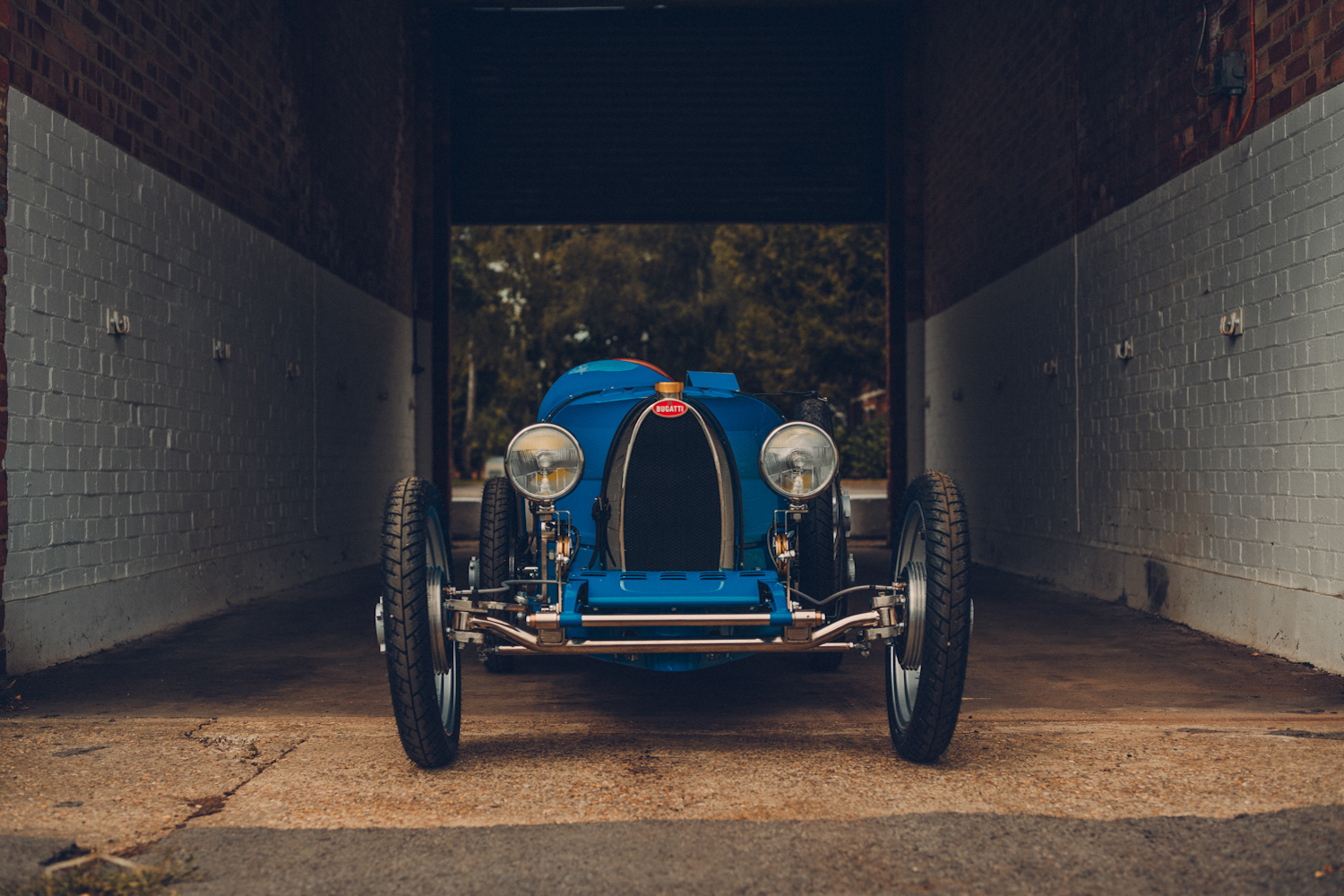 There is a Bugatti that you can afford, but it's not the one you're thinking of. With prices for both the new Chiron and most classic Bugattis stretching way beyond the cost of a nice house, it's good to know that there is one car - and it is a proper, real, Bugatti - that you can afford. It's, y'know, for kids...

Original Bugatti Baby made in 1926

The Bugatti Baby, technically a Type 52, was originally created in 1926, when Ettore Bugatti himself decided to make a kids-sized Type 35 racing car as a special gift to his youngest son, Roland. Of course, once other Bugatti buyers got wind of this, they all wanted this ultimate new toy from Bugatti-Santa, so Ettore began a small production line making the perfect pint-sized replicas. Between 1927 and 1936, just 500 Bugatti Babies were built.

Now, the Baby is back in production, and this time it has an electric twist. Once again, just 500 of these delectable devices will be made, but this time around, according to Bugatti, they might be a bit quicker than you expect...

It's also bigger. The original Baby was, essentially, a Type 35 race car at 50 per cent scale, the new Baby II is more like a 75 per cent scale replica so that *ahem* slightly larger owners can squeeze into one.

"Ettore Bugatti himself was already interested in catering to the children of Bugatti enthusiasts and designed the Type 52 miniature car as a genuine Bugatti. That was a sensation at the time," says Stephan Winkelmann, President of Bugatti. "We are continuing this tradition with the new edition of the Bugatti Baby II, and I am delighted that we have found The Little Car Company, a partner that shares the same values as us. With the Bugatti Baby II, we invite a young generation of enthusiasts to fall in love with the wonderful world of Bugatti."

There are three models of the Bugatti Baby II - a base version with a 1.4kWh battery pack; a 'Vitesse' version with a 2.8kWh battery and more speed (unlocked with a 'speed key' just as with the Chiron); and a top-spec 'Pur Sang' version with a real, hand-made aluminium body that takes more than 200 hours to build, using classical coachbuilding techniques.

What about performance, though? Well, you'd better get your kids some early-learning driving lessons, because the base model comes with two settings that allow it to drive at either 20km/h ('Novice') or 45km/h ('Expert'). The Vitesse and Pur Sang models can beat that, with a potential top speed of as much as 70km/h thanks to a 13.5hp motor. The Vitesse can hit 60km/h, from rest, in just six seconds.

The battery packs can give the Baby II a range of between 25 and 50km, depending on the model and the packs are small and simple enough to be swapped out and replaced with a fully-charged spare so as the fun can last all day.

When it comes to handling, the Baby II is completely true to its mythical predecessor, the Bugatti Type 35. Based on a digital 3D scan of an original Lyon GP car with identical geometry and suspension, the handling is as authentic as an enthusiast could hope for. The only nod to modernity is the introduction of adjustable dampers, allowing clients to tailor the handling in ways not possible in the Type 35's heyday. Bugatti Test Pilot, Andy Wallace, was even involved in the final development of the tuning and setup of the Baby II. In addition, key elements of chassis refinement even took place at the famous Prescott Speed Hill Climb, home of the Bugatti Owners Club.

There's a quick-release four-spoke steering wheel, to make getting in and out a little easier, and fully functioning dials based on those of the original Type 35. The fuel pressure gauge has now become the battery gauge and in a nod to the Bugatti Veyron, the oil gauge has transitioned into a power gauge. The pedals, made from a solid aluminium billet, are adjustable, while what was the fuel pump handle is now the gear selector.

The turned aluminium dashboard is as present and correct as it was on the original Type 35, and custom 'EB' switches operate the LED headlights in sidelight and main beam modes. Finally, proudly displayed on the nose of each car is Bugatti's famous 'Macaron' badge, made of 50g of solid silver, an exact 75 per cent replica of the badge on the Chiron. In addition, all owners of Baby IIs will receive membership of The Little Car Club and the Bugatti Owners' Club, and be able to attend events where they, their children and grandchildren can drive their cars at famous motor racing circuits.

"When you first sit in the car and look at each tiny detail, it reminds me in some ways of the first few months with the Chiron. You get the same feeling walking around the car, as everywhere you look there are beautifully engineered solutions and design details that really are quite amazing" says Andy Wallace, Bugatti test driver and Le Mans winner. "It would be easy to create something like this with a quarter of the quality, but that's what's so brilliant about this car: it's absolutely top-of-the-line, a work of art on wheels."

"In its most powerful mode, when you have the 'Speed Key' inserted, the Baby II is a very fast car. It's quite impressive and brilliantly fun. You get a lovely feel of balance, it handles just like the original Type 35 and the regenerative braking is a very cool touch. It's truly an authentic Bugatti, there are no questions about that."

Ben Hedley, CEO of The Little Car Company, which is building the Baby II for Bugatti, said: "To develop the Baby II we had to walk a fine line. We wanted to pay tribute to the original Bugatti Baby and Type 35, but also wanted to integrate modern technology and make it fun to drive. We are delighted to deliver the hand-built Baby II to customers and allow multiple generations to share the joy of driving. We believe that the vehicle is something really special, delighting collectors and car enthusiasts around the world. As a counterpoint to Bugatti's production car world speed record last summer, we have developed a vehicle which you can enjoy at much lower speeds with your children and grandchildren."

Where do we queue?