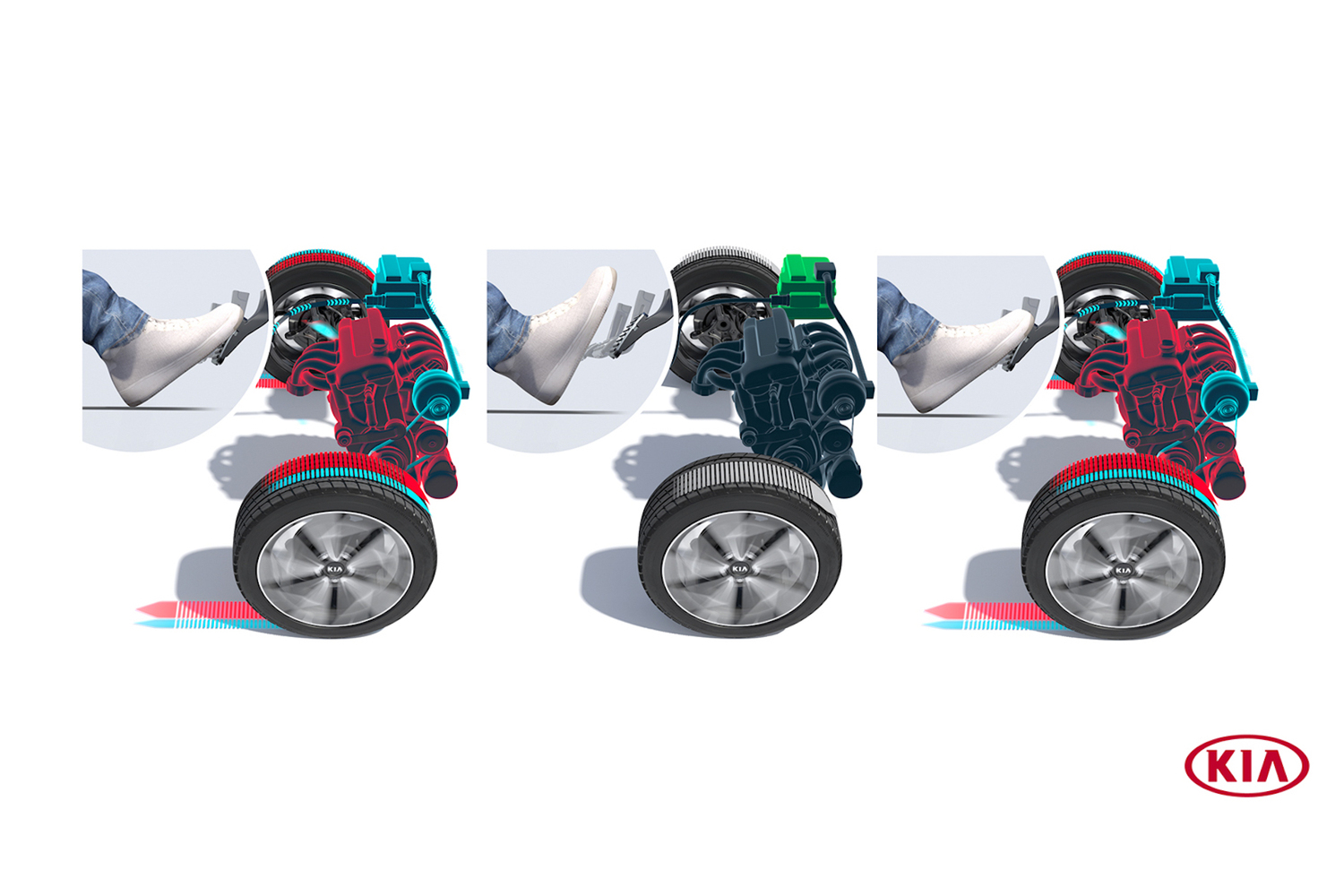 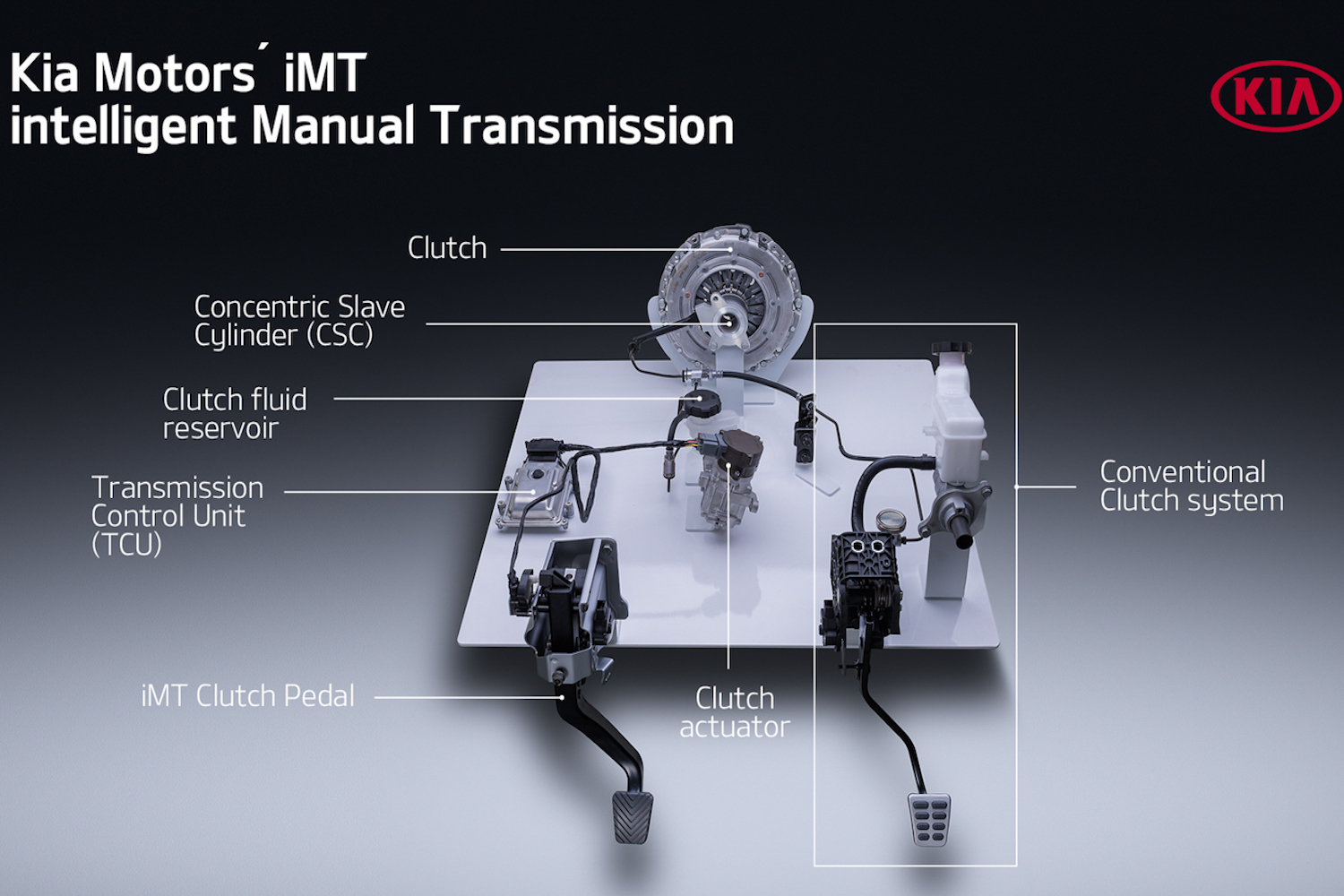 Kia is going to introduce a new manual gearbox, but not a normal manual. Let us explain...

Kia's new intelligent Manual Transmission (iMT) is designed to act like a normal six-speed manual gearbox, as far as the driver is concerned. There's still a clutch pedal, there's still the normal gear stick, and you still stir it around by hand to find the next cog.

What's happening in the background is really quite different, though. The idea behind the iMT is to combine Kia's mild-hybrid 48-volt electric assistance system with a clutch-by-wire system to boost fuel economy and trim emissions.

So when you press down on the clutch pedal, there's no physical connection between your foot and the clutch, as there normally would be. Instead, there's an electromechanical system that opens or closes the clutch, and which can still replicate the 'bite-point' feel of a traditional hydraulic clutch.

Why do this? Well, Kia reckons that combined with its mild-hybrid system, the new gearbox can shave as much as three per cent off your fuel consumption. How does it do that? Well, primarily it's to do with the engine stop-start system. When you're slowing down, because the clutch is now electronically controlled, the stop-start system can kick in while the car is still moving, and the engine can be re-started, and the clutch re-engaged, without the driver needing to worry about it. Because the engine can be switched off and re-started while the car is still in gear, Kia reckons it can find extra efficiency gains.

Kia's new iMT has been developed at the Hyundai Motor Europe Technical Centre in Offenbach, Germany, overseen by Dr Michael Winkler, Head of Powertrain. Dr Winkler comments: "We are always looking at new ways to improve powertrain efficiency and performance, and the iMT is one such innovation. An automatic or a double-clutch transmission suits a lot of drivers, but European drivers in particular still love changing gear for themselves. Alongside the increasing demand for electrified models, the iMT is a result of us exploring ways to electrify the 'classic' manual transmission.

"Electrification is an overarching development theme across our European powertrain division, and our work encompasses the development of 48-volt mild-hybrid powertrains, through to the new 'clutch-by-wire' iMT as a complementary technology. We want to continue providing drivers with a familiar and engaging manual gear change, so this is an ideal solution for the new range of MHEV powertrains we are rolling out across Europe in the months ahead."

The new iMT gearbox will make its debut on the Kia Ceed later this year, fitted to the latest generation of Kia's 'Smartstream' 1.6 CRDI diesel and 1.0-litre turbo petrol engines.