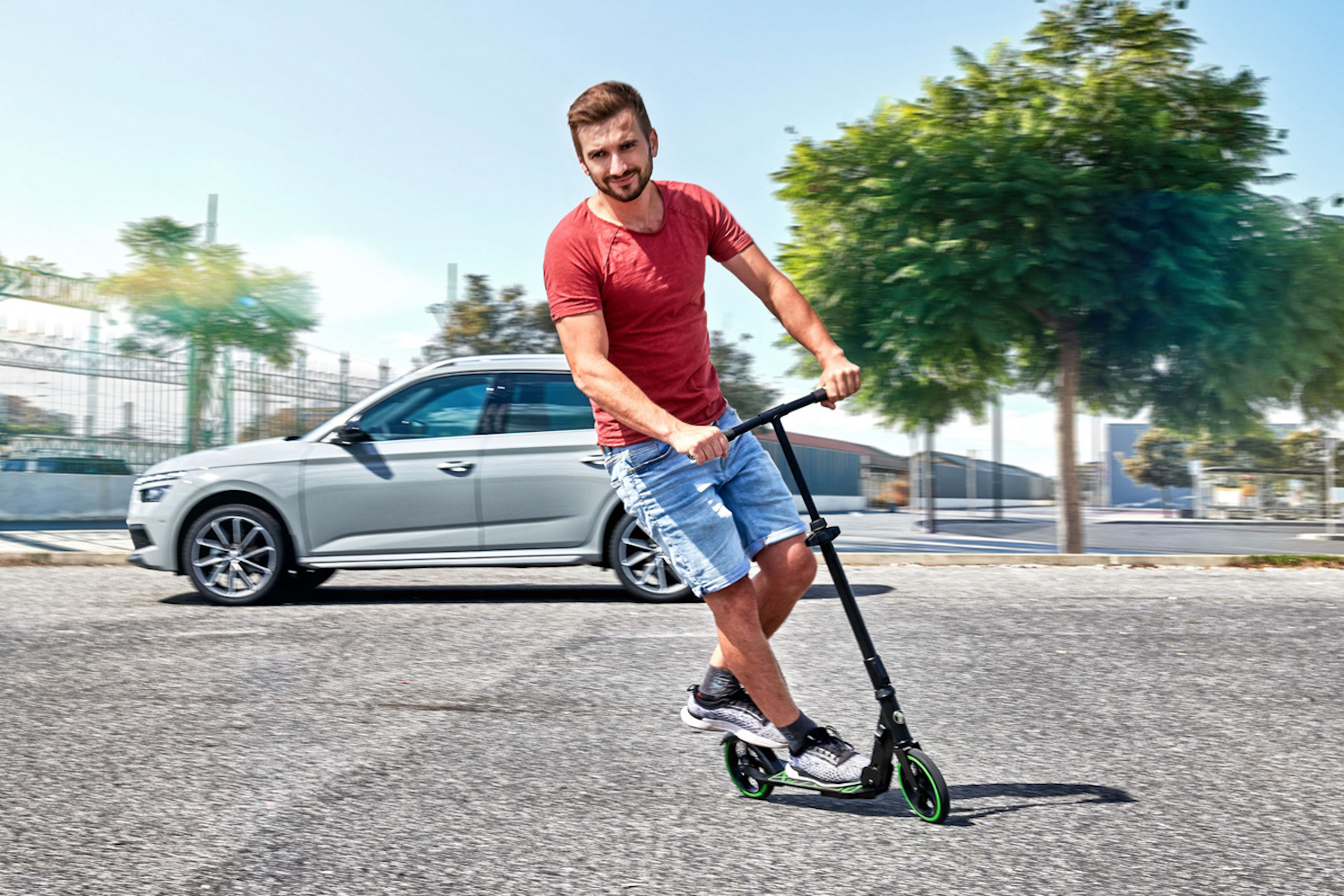 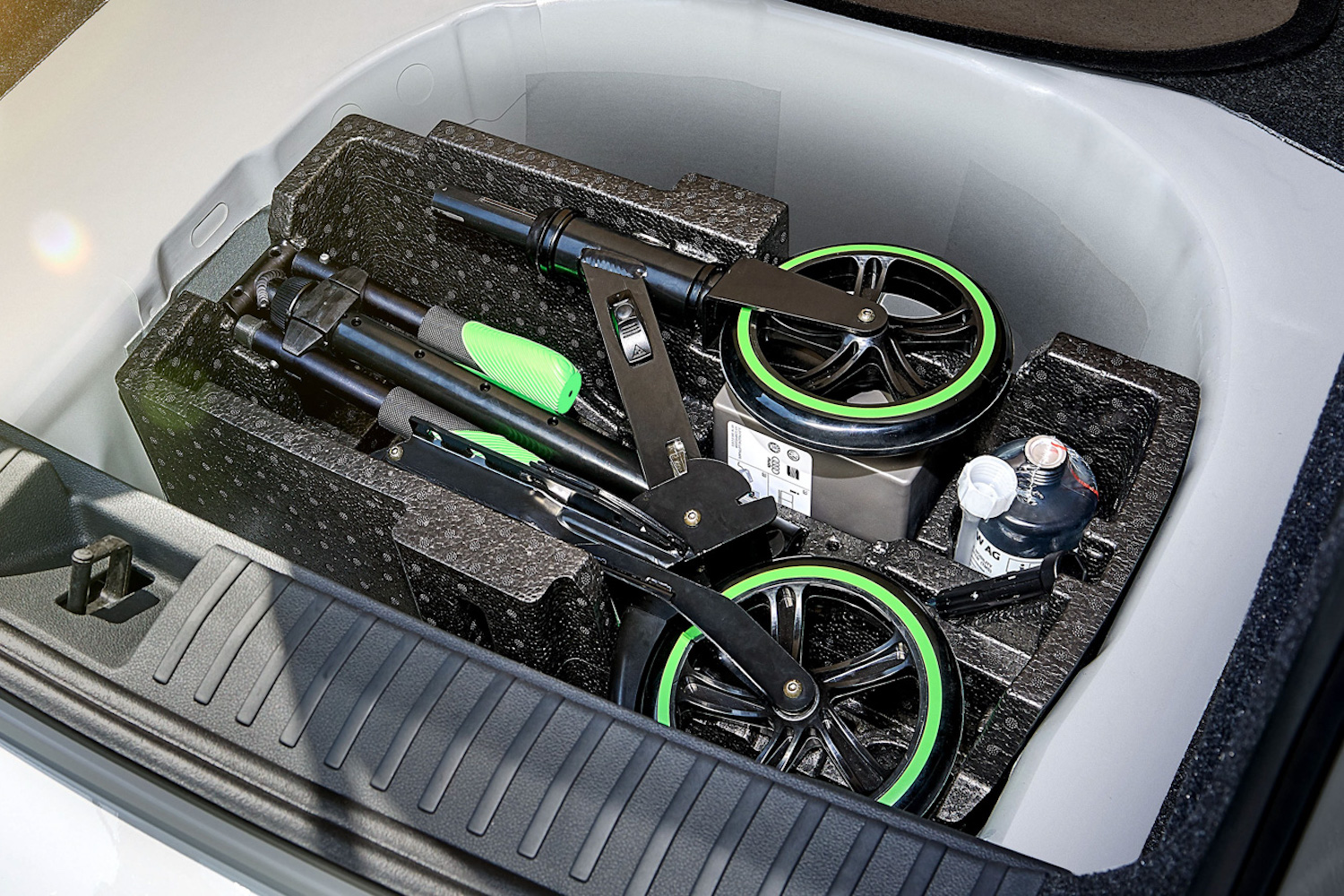 One of the areas that carmakers are now exploring in these eco-conscientious times is 'micromobility' - often called 'last-mile solutions' or similar. It's the idea that you have to park your car at a remove from the place you are eventually going to (an office block, a restaurant, home, shops etc) and the carmakers want to fill that last mile of transportation with their own products. So step forward (or should that be 'scoot forward'?) the Skoda Scooter, a fold-up two-wheeler which you can slot in the boot of your Skoda car.

Cycling back through history

Specifically designed to fit in the spare-wheel well of Scala and Kamiq models equipped with the breakdown kit (meaning there is no spare wheel in the well), the Skoda Scooter measures just 49cm x 42cm x 11cm when collapsed and weighs a mere 5kg in total, which makes it easy enough to carry on public transport or into offices if needs be.

The Scooter's frame is made from steel and aluminium, with a black finish and Skoda's trademark light green highlights on the wheels and handlebar grips. The Czech company also says the Scooter has high-quality bearings and wheels in polyurethane, which means it has a 'fast and comfortable' riding experience for the, um, scootee. Skoda's patented folding mechanism means that the Scooter can be collapsed away in just a few simple steps and the decision for it to fit into the wheel well of the Scala/Kamiq models means that their boot space is totally unimpeded by having the Scooter stowed away.

There's a historical neatness to this particular micromobility solution from Skoda, too, as the founding company of the marque - Laurin & Klement - began making and repairing bicycles in Bohemia in 1895, before trying its hand at motorcycles in the early 20th century. L&K, or proto-Skoda, didn't start building cars until 1905. Anyway, the Skoda Scooter is available as an accessory through brand retailers now and the price should be in the region of €140.

Published on May 20, 2020
Written by Matt Robinson